The Swadians are also quick to join the coasts of Olinka. After some fighting, they settled North of the Vaegirs and Rhodoks and established the colony of New Swadia.

The Swadians are masters of combat and fighting oriented, with obligatory army service for their young members and a deep feeling of nationalism. They have two cities and one village: Braxis, Port Lebensburg and Stromdorf.

Pictured is General Strauss, the leader of the Colony, and a swadian swordsman with a huge native bird on his arm. They are surrounded by dead native, and Strauss is triumphantly overlooking the battlefield atop a hill. 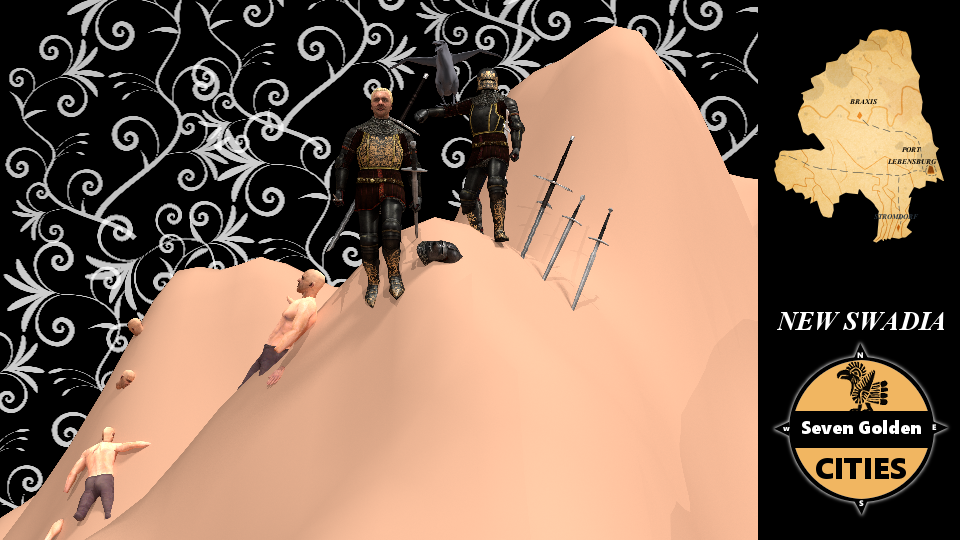