Theses are the latest screenshots of my mapping showing two scenes.

Sorry for the delay in updating but had some major computer problems ref my graphics card and some personal problems which I hato sort before resuming mapping, anyways onwards and upwards.

The first set of shots are of a space base in orbit about the earth, not going to tell you anything else as it will spoil the story when you play it. These shots are only around 95% complete so changes could be made with them as time goes on. Big Thank you to our modeler who created the massive model of the earth and it in motion really doe's look fantastic and awe-inspiring turning as you orbit. 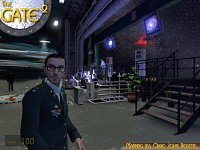 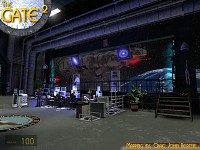 The second set of shots is a scene at night in the Jurassic time period. The Source engine still do's really nice reflection effects and is perfect considering its age for atmospheric scenes. The scene is of a tutorial for an up and coming mission and the other shots are a love scene. 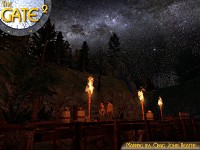 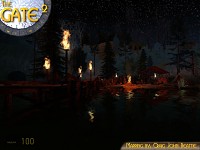 Anyways hard to tell you guy's more without spoiling the story...