This alpha features new game modes, plenty of new maps, the official introduction of the final civilization: The Seleucid Empire and more! 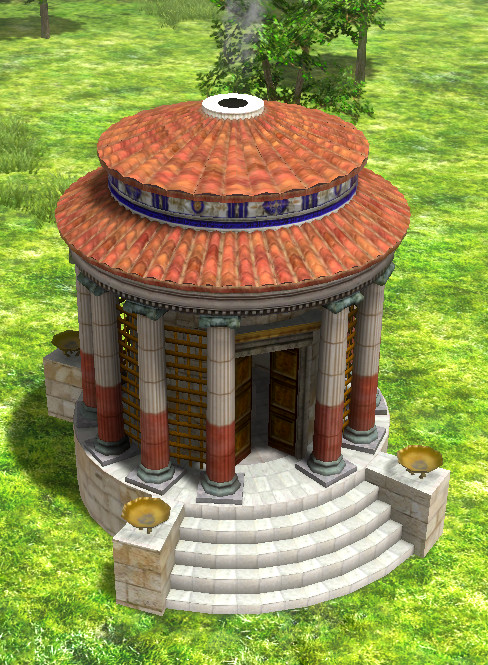 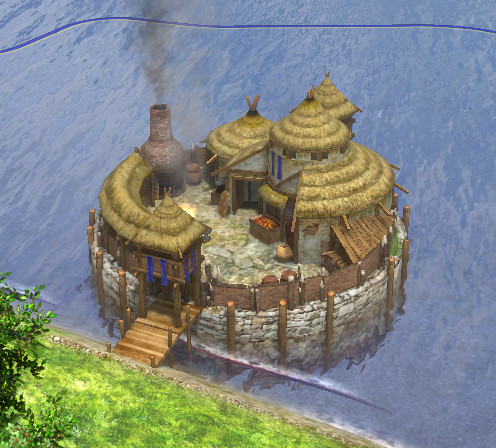 The Temple of Vesta, Thureophoros and the Crannog

Buildings and units can now be upgraded. For example the new Sentry Towers can be upgraded to Defense Towers. 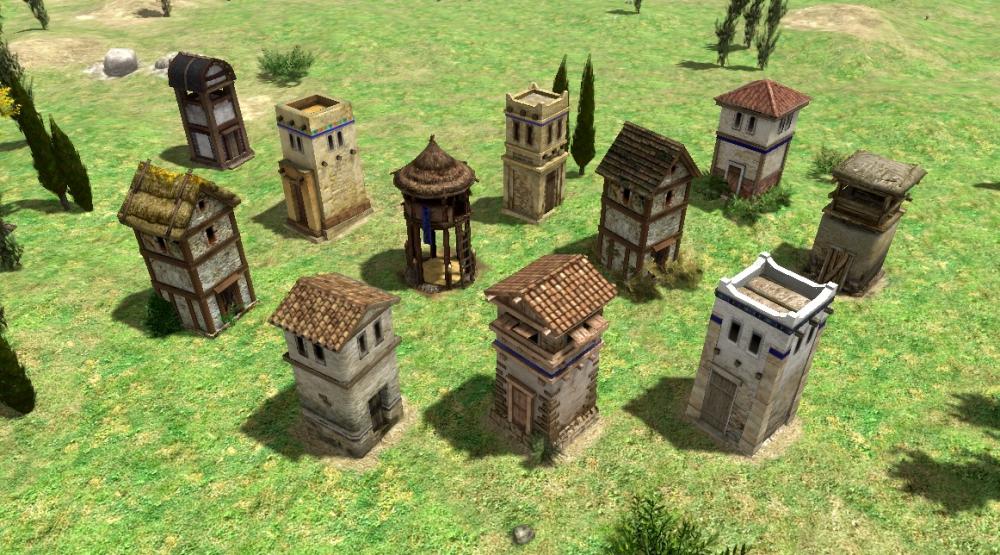 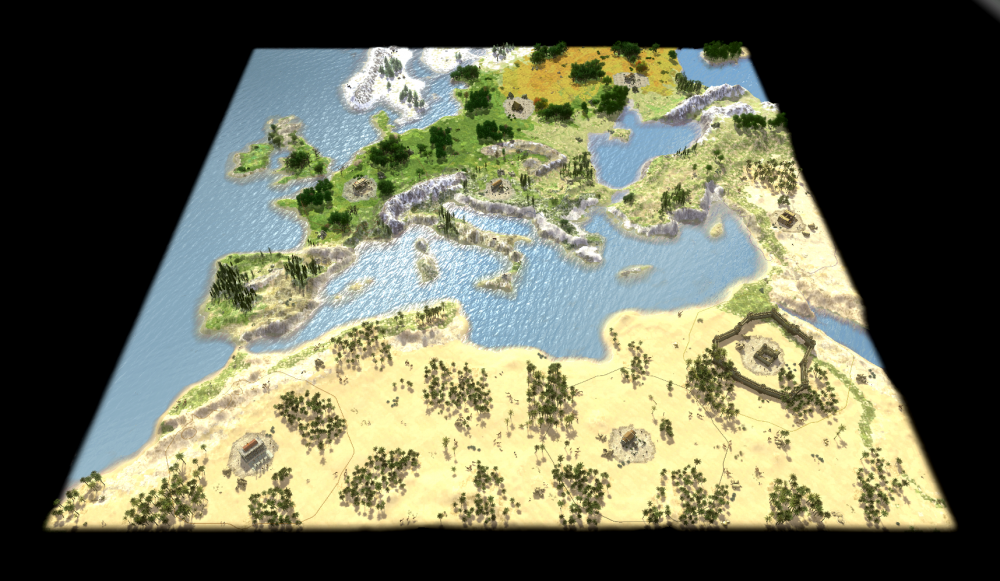 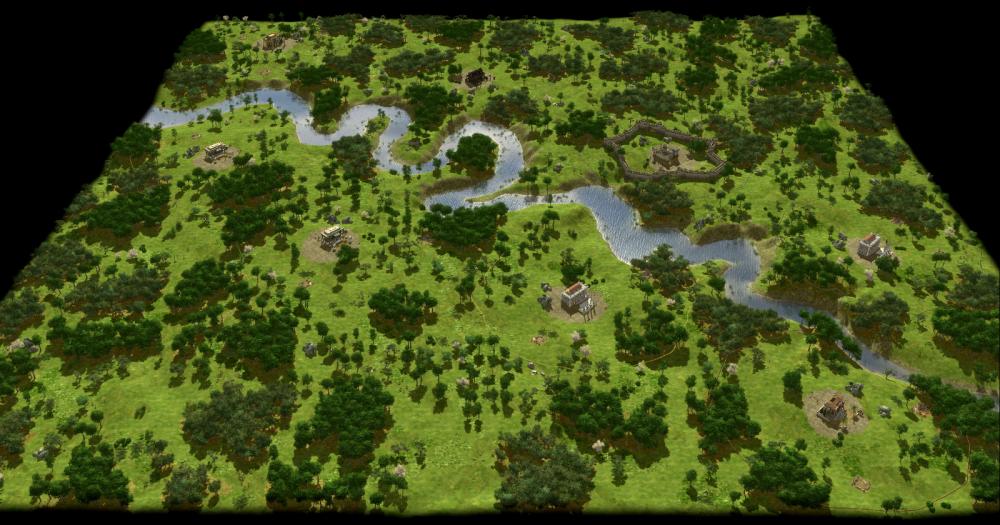 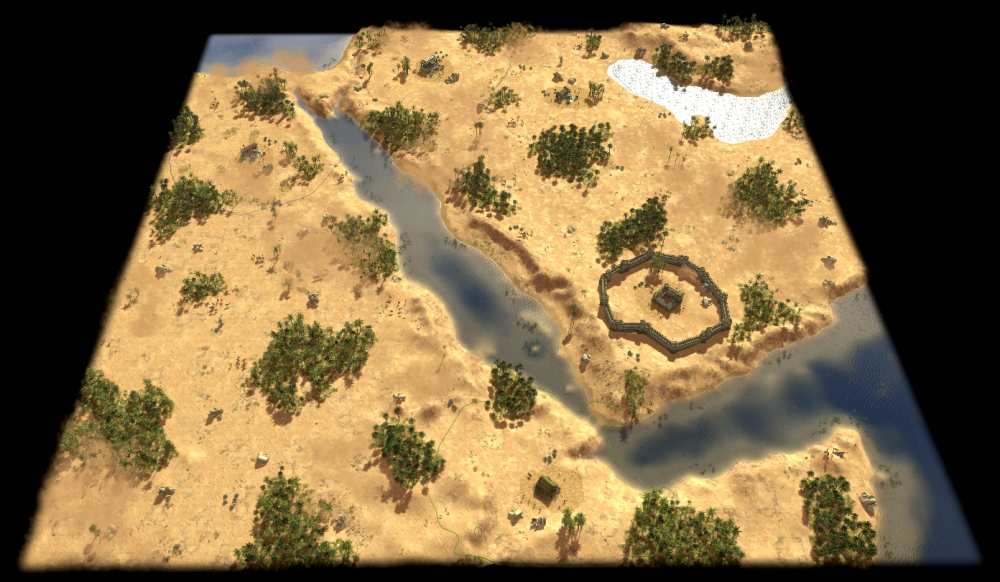 On the random map Caledonian Meadows, wide grasslands, deep forests and seas lie between opposing teams which are yet connected by paths. The map demonstrates realistic terrain generation, distributing resources by height. 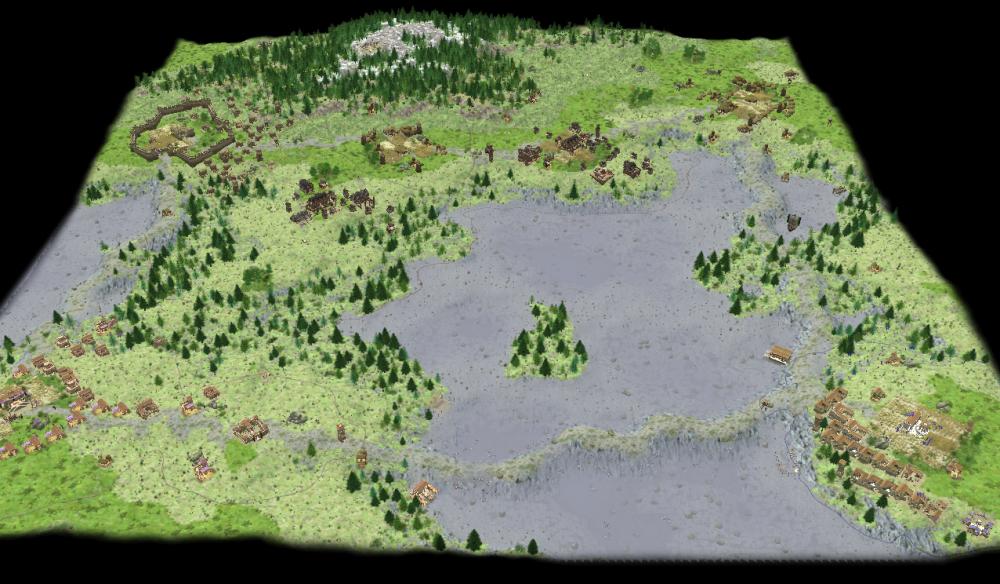 The Skirmish map Dueling Cliffs uses the new height limit, that was introduced in Alpha 19: 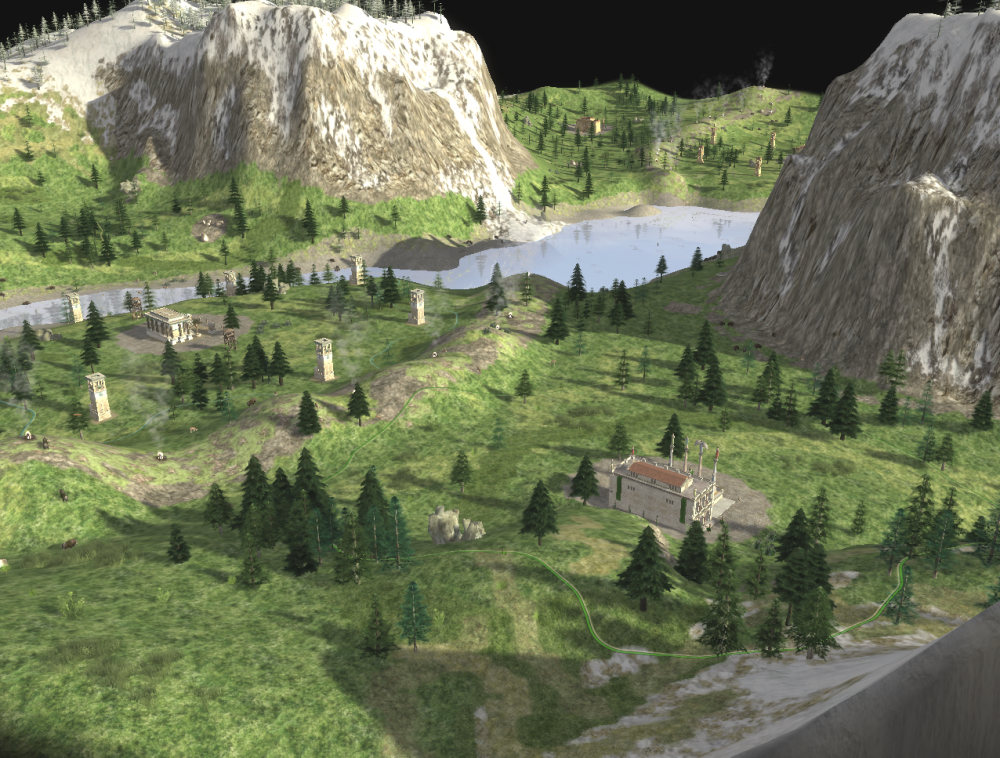 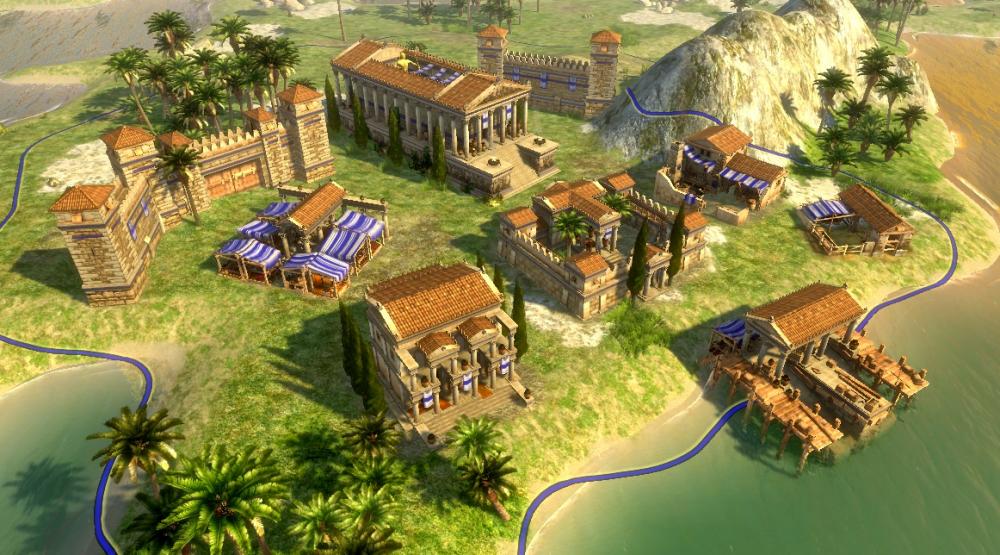 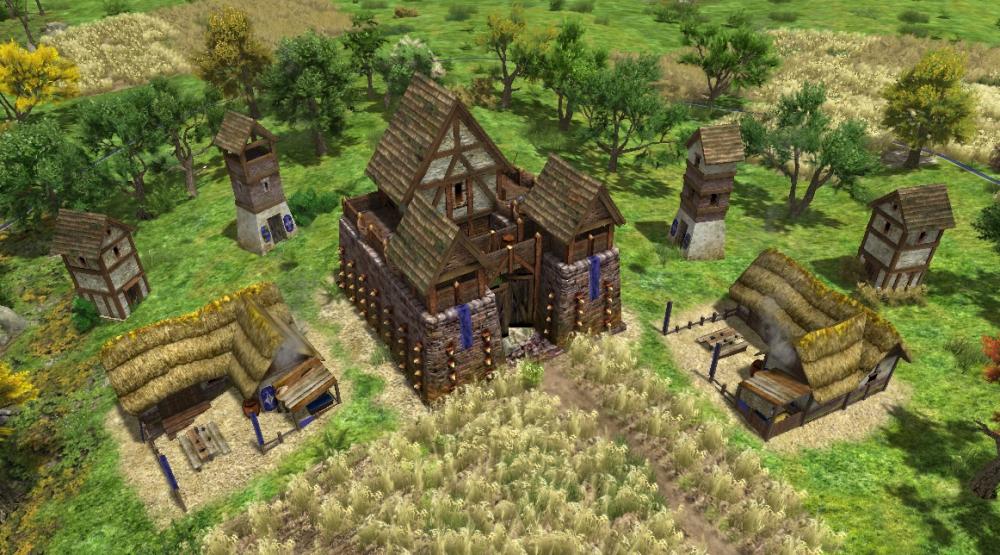 New fields, the Gaul Fortress, taverns on the left and right,

and Sentry Towers, Defense Towers, and the new oak trees in the background. 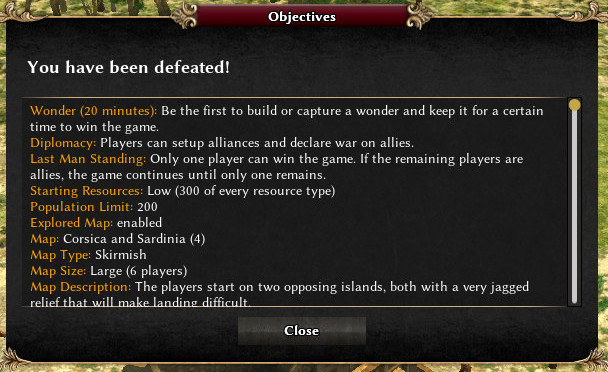 New Tooltips lift some secrets, like the loot that attackers are rewarded with when killing enemy units or destroying their buildings, the garrisoning- and arrow limit of buildings, healing statistics and assigned hotkeys:

Resources of allies are now visible in the tooltip of the top panel and in the summary screen after having researched cartography: 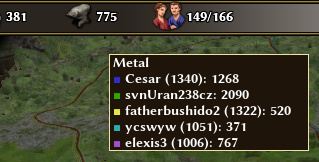 Finally a Multiplayer Pause Screen indicates who took a break: 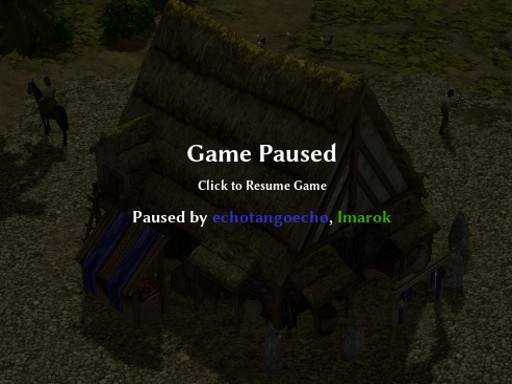 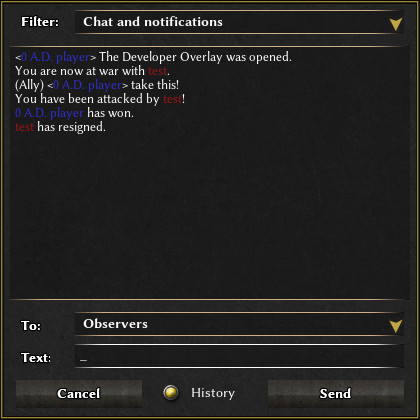 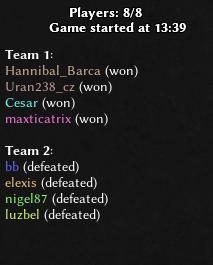 And many more smaller additions and bug fixes, if you want to read a more detailed list see the full Alpha 21 Changelog.

Please see the “Get Support” page on our website to find ways to get help from the active and friendly 0 A.D. community.

We are well aware there is some room for improvement in 0 A.D. Some known issues are: Lag, visual glitches or textures not loaded, missing animations and more. When you provide feedback, we would ask you to focus on some of the other points that could be improved. Thanks.

We are seeking volunteer contributors in programming, art, sound, documentation and more. Programmers are especially welcome and can get started immediately.

Interested? Log onto #0ad-dev on QuakeNet on IRC and meet the developers. Also, you are invited to register on our forums and start participating!

We name our releases according to development status (“Alpha” or “Beta”), successive release number (1, 2, 3, …) and a word relating to the ancient world, in alphabetical order (“Argonaut” for A, “Bellerophon” for B, …).

“Ulysses” is the Latinized name for the Greek mythological figure Odysseus. This name is relevant for the release because we added the Herocide game mode, and Odysseus is one of the most well known heroes of all time.

For the next alpha, we welcome fan suggestions for words relating to the ancient world beginning with the letter V. Keep it original and related to the time frame portrayed in 0 A.D. (appx. 500 BC – 1 BC)!

Contact info for press, bloggers, etc.: aviv@wildfireTROYgames.com without the capitalized name of a city Ulysses spent some time in.

Its amazing! For the next release I sugest strategy maps civilization or total war style.

i've played it and it's already fantastic! most of the previuous bugs and lagging issues i'm having in the previous version are gone now. love it! *thumbs up*

What about that lag while moving huge formation? Is it gone now?

Depending on what you mean by "huge" formations it might never be possible to fix, but we are certainly trying to improve the performance of the game. There haven't been any massive improvements in that area in this Alpha, but there are smaller improvements in almost all Alphas. Some specific things might be slower from one Alpha to another as new features might need more work before they run well or because e.g. better graphics features are slower. Over time the game should certainly run a lot better than previously though, it's just not always possible to both work on improving the performance and adding new things.

It's looking very good by now

its a COLOSAL WORK! thanks so much for this game! :D

Thank you so much, downloading!

That isn't a Thracian Black Cloak. That's a Thyreophoros.

That is the placeholder animation for capturing, to show that they are not destroying the building.

Oh wow, I'm indeed glad to see how the game has progressed in the past few years, I've been following the project for a long time and even contributed with a few translations here and there, I just read that you increased the Memory that the game can use on Windows which is great!
Therefore, I only have one question really, does the AI still bring the game to its doom when they attack your base with a big army? I remember that as the game progressed, the AI started to generate a lot of FPS Lag with his amount of units being created and moved, is this still a thing?

BTW you're running out of letters, in Beta you'll use the ABC again?

PD: Please edit the part of the "New buildings and champions" of this article so it matches the order of the picture that's directly below :P