Check out some teaser details about a prominent new NPC from the next release of Clan Quest Mod, Jesse, the grunge street artist.

I've made a lot of progress with the mod in the past few weeks, mainly with programming a lot of the new quests and battles. I have to say, I think of the content I'm adding to the game, the amount of combat will be minimal, but what bits there are should be a lot more fast-paced and interesting than what's in the vanilla game. This is a huge improvement, since most fans agree the vanilla late game is a total slog. Besides a quick progress report, with this update I'd also like to introduce the first of many new characters I'll be adding with some concept art and teaser clips from the game. 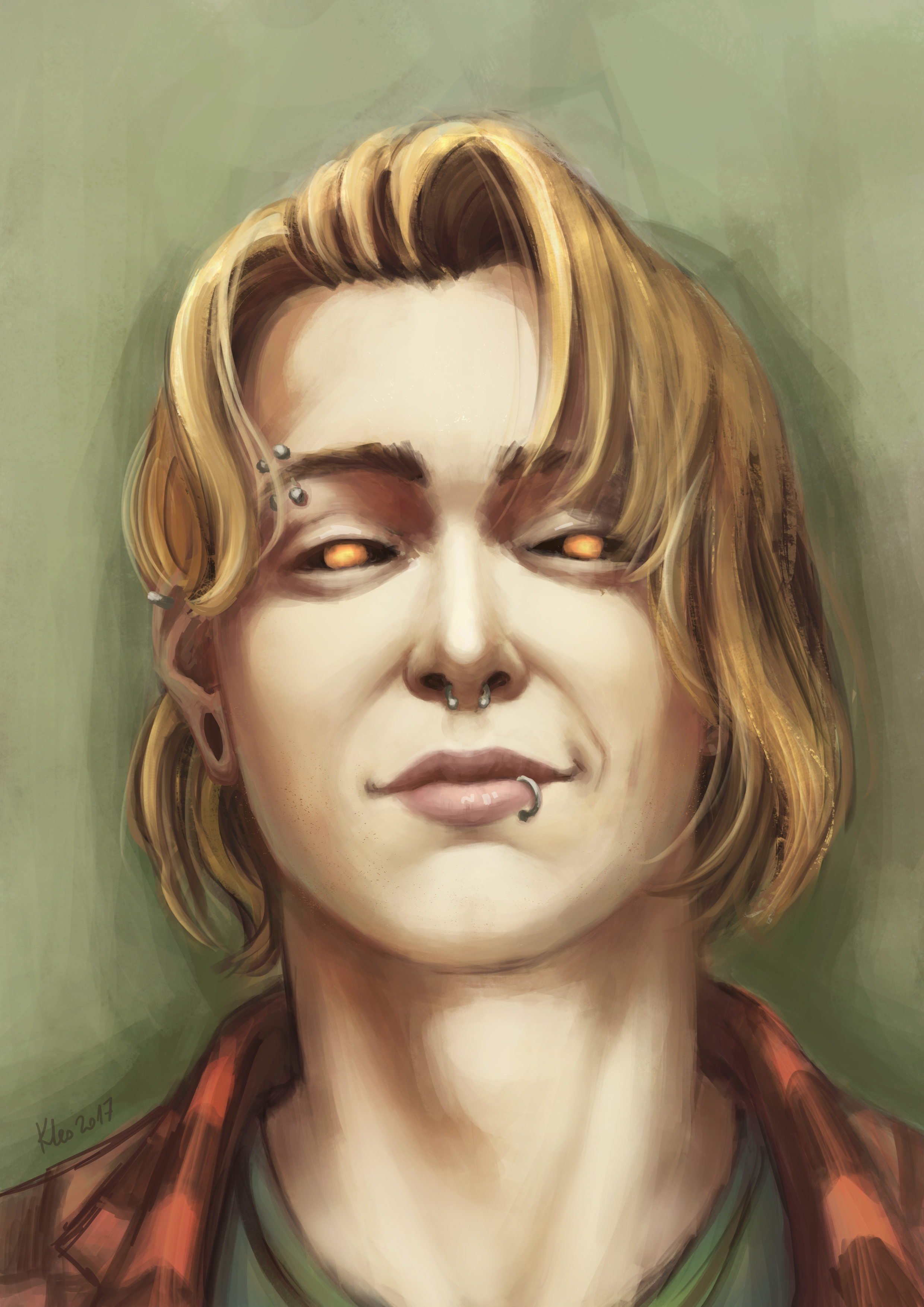 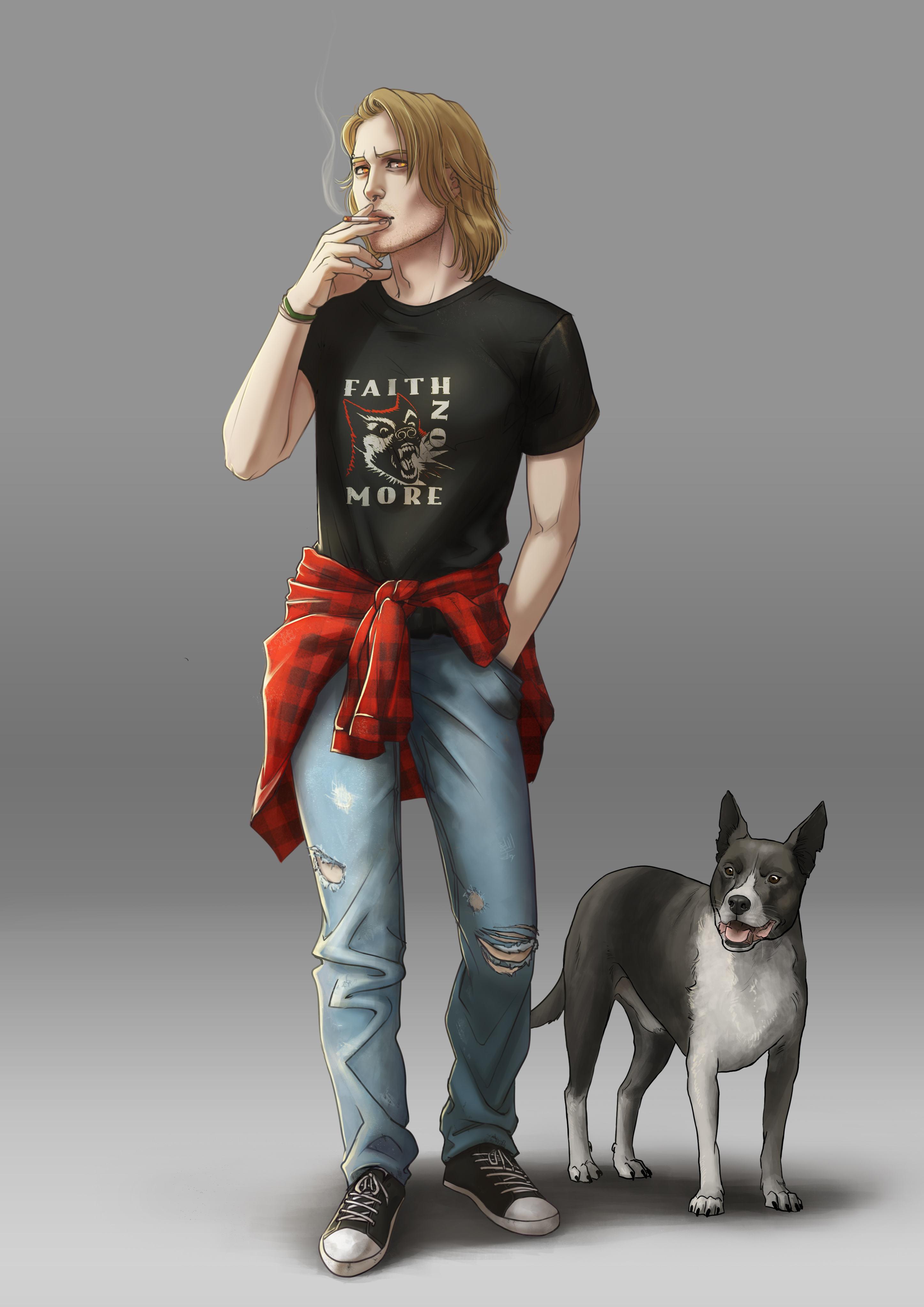 Quote: "Ever hear of survival of the fittest? If you’re adapted to 'polite society', be my guest, but leave me out of it."

Background: Street artist, drifter, stoner, skater, adrenaline junkie. There's plenty of words to describe this glib, handsome Gangrel, but only one does him justice: survivor. Jesse's strings are being pulled by the Prince, but how deep will his loyalty go?

I really haven't had to do too much more in this domain. Still need to polish the maps up though. Wesp of the unofficial patch has offered to help with this a bit, which is great.

Virtually all the bit characters have dialog now. There's just a few of the major characters that need some additional dialog filled in, and then some heavy re-writes from first draft.

This is the area where I've been focusing most of my effort. Most of the individual scenarios are properly scripted now, so it's just a matter of tying everything together and testing it thoroughly.

I've got one major character fully voiced now, as well as a few smaller roles, but there's a long way to go yet.

Lenuska has continued to be a huge help, but there's still work to be done.

There will be more new character profiles to come! In the meantime follow me on Twitter and Youtube. Also, for those of you curious about the concept art, it's courtesy of my friend Anchefanamon over at DeviantArt, be sure to check her out as well, she's drawn more vampires than just mine!

Super excited about your progress!!!

Lenuska? Why does that name sound familiar?

She (i think) was behind many VTMB mods in the past, Antitribu for example. Also, she's a pretty big name in Russian VTMB modding scene.

Ah....I kinda have mixed views on her thanks to a few things that happened with Antitribu.

Antitribu's FUBAR happened because of their conflict of vision on how the game should be. From what i read about it anyway. It is also from poor communication too. So i think it is unfair to blame a single person especially when he/she never really show up and talks with the rest of the English modding scene.

Fair point, but even with that. I personally felt Flesh Artist was at least making progress with Antitribu. Kicking him off feels like shooting the mod in the foot, and we haven't really heard anything about in over a year. I always felt the mod should have all its bugs fixed....well enough to make it stable, before focusing on adding more to it.

Looking forward to see where CQM goes, with the addition of a Sabbat storyline looking very interesting.

For my own part I would love to see more characters from that sect, and the Tzimisce and Lasombra Clans, to contrast them against the members of mentioned Clans already in the mod. For example Andrei gives a very, special, representation of Clan Tzimisce so a less anarchronistic Tzimisce could contrast against him.

But time will tell and prior experience tells me the mod is in competent hands, and good stuff is coming with its release.