In a lot of ways, this expansion to the Dark Times mod - Rising Son - has been about giving me a dumping ground for some ideas that I thought were fun or for things that I wanted to try, but those things weren't a big enough deal on their own to justify really investing time in. A lot of these ideas were some basic map concepts, and while some got scrapped and others got modified (e.g. Nar Shaddaa was originally going to be more of a cosmopolitan, ritzy feel and less industrial), this below mentioned map is a straight translation from concept to finished product. It may even be the only map concept that really made it through the winnowing-down without any real changes! 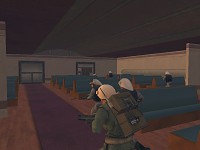 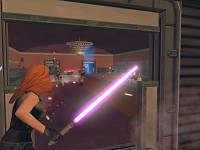 This map is a unique map in that it sort've breaks one of my own rules as far as maps for this game go, that rule being "don't design a map without a loop of some kind." It's easier understood as a map needing to have some flow beyond one direction. The design for this forces that rule to be broken, in a way (train cars don't attach to each other any way other than end to end, after all), and so a lot of the fun in designing this map was working out a way to keep a "flow" while still maintaining the overall straight design. 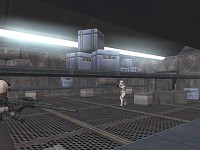 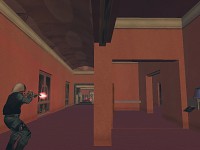 One of the things I enjoy about working with the specific limits of this game is seeing how I can create the appearance of breaking those limits. In this case, objects in Battlefront II have no simulated physics or real physical interaction, and so it's functionally impossible to make a map that moves around. Obviously, you wouldn't design a map-set-on-a-train as moving through the map anyway, but the fact that this limit of the game is obvious in some respects makes creating something like this all the more fun. 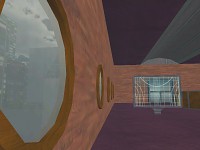 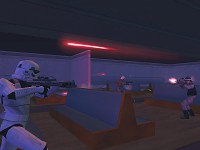 The map itself is actually a fairly-decent-sized map, with nine train cars attached end-to-end. It is of course somewhat skinny, but in its Z dimension it is significantly larger than a number of maps.

This is the last of this "batch" of updates, and as far as adding major portions of content go, this is wrapping up that section of the mod. My remaining work is a significant amount of scripting, adding new modes, and adding some smaller, fun features. While I am not over the hump yet as far as finishing the project goes, I'm certainly over a hump; finishing up the planned land maps is at the very least a good mile marker. Keep your eyes peeled for future updates!

A train map is very interesting! So do all the bots end up in the same car at one time or another? Or, is there different passageways from one car to the next?

There are parallel paths down each side of each car. Sometimes they meet in the center in a big open area (like in the picture of the room with a chandelier) and sometimes they're just obliquely connected (like the room pictured with the doors).

This is my favorite map out of the whole mod do you think you can add compatibility with conversion pack 2.0. Meaning I can play this era on those maps