I am very pleased to tell you the news that I have prepared a new Improved Xen update specially for Black Mesa 1.0 release. So, now we have two different well-developed varieties of Xen. I mean Black Mesa Xen and Xen from Half-Life: Alyx.

For now, Improved Xen doesn’t look like one of those variants, because I was working on it before those games fully existed. I think my Xen has its own identity, but if I began to work on it nowadays, I would take an inspiration from Half Life Alyx xen flora. 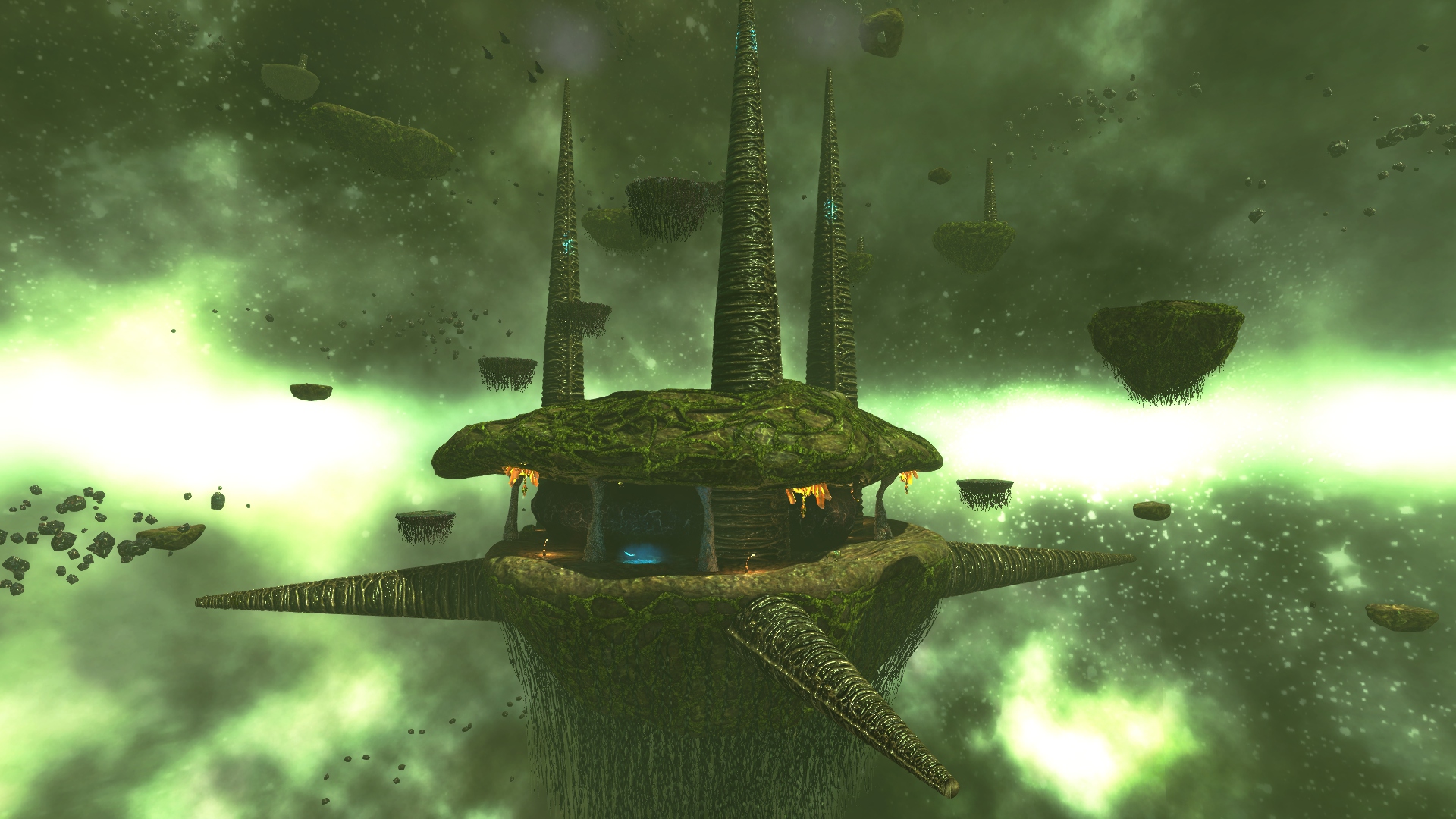 At this moment I can tell you what is already done in my mod.

- Thanks to Black Mesa Xen release I could use its new G-man and Nihilanth voices, particles and scenes. 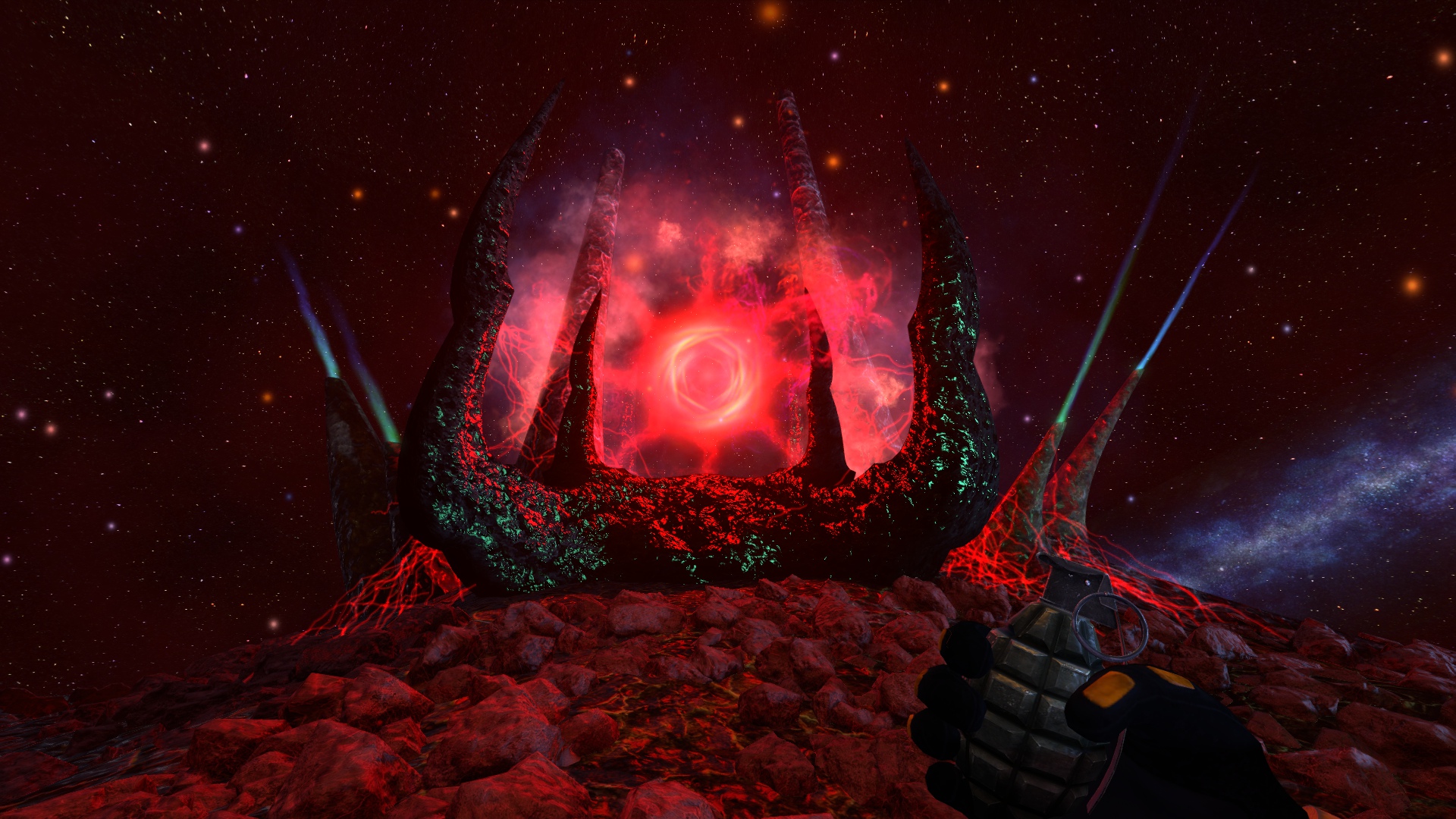 - The soundtrack is also updated, so you can enjoy the new Xen OST and feel its atmosphere.
- Minor cosmetic improvements have touched all locations. Some other things have been updated too, because they worked better in the official Xen.
- Cascading Shadow Maps are more optimized now.
- The corpses of Hev-scientists give you an energy cell. Moreover, I added a new sound and visual effects to the healing water.
- Vortigaunts became absolutely friendly and they attack only when they are affected by the controllers.
- The new “Xog” fog is graphically better than the old one and gives a different feeling of depth and volume. I still want to polish it in the next updates, but even now it looks impressing. 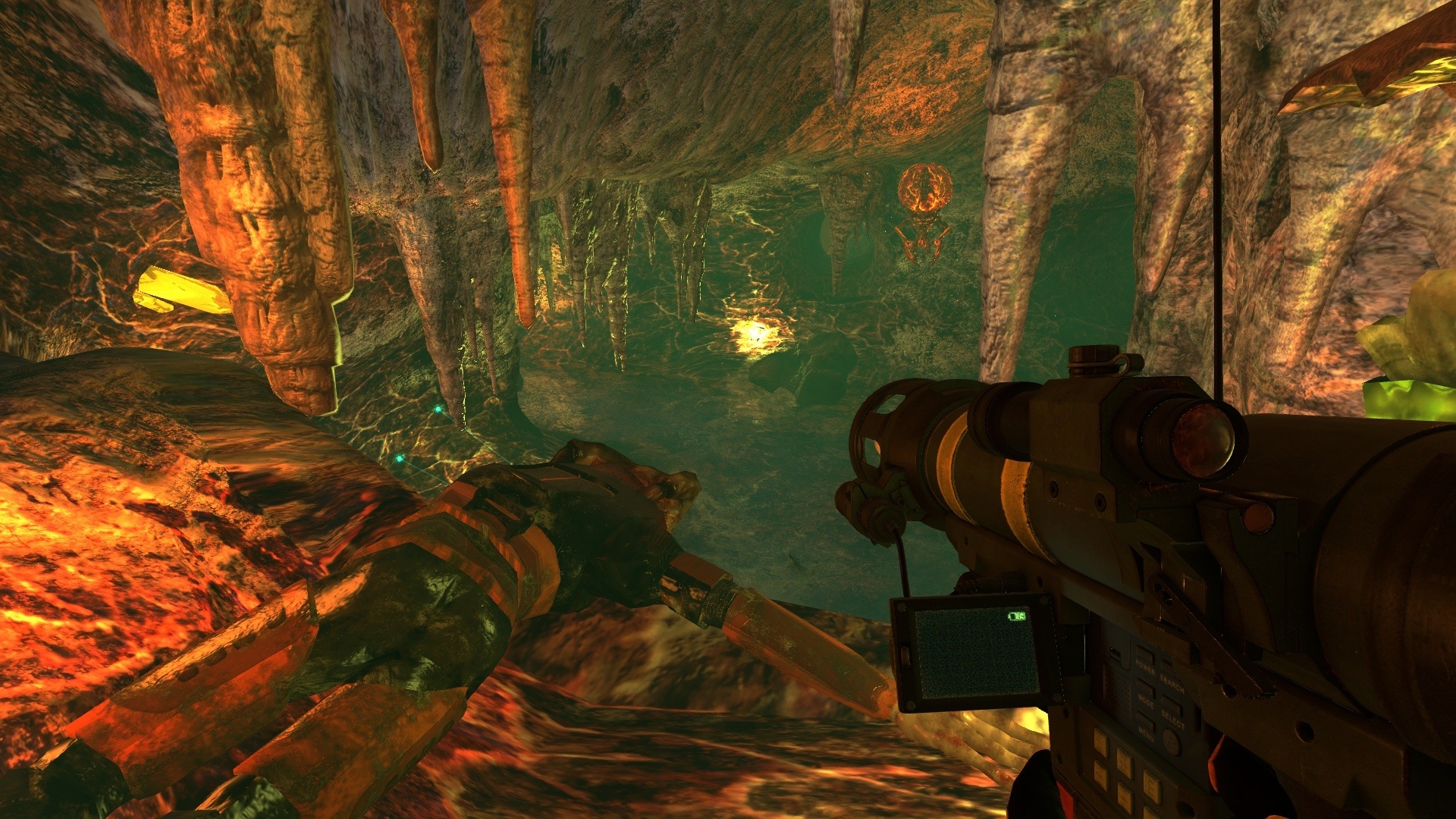 - I left falling damage, because it is an important gameplay element of initial Xen, in order to keep the player in suspense.

More details about the chapters:

Xen: more details on the islands, the old turrets are replaced with the new ones. 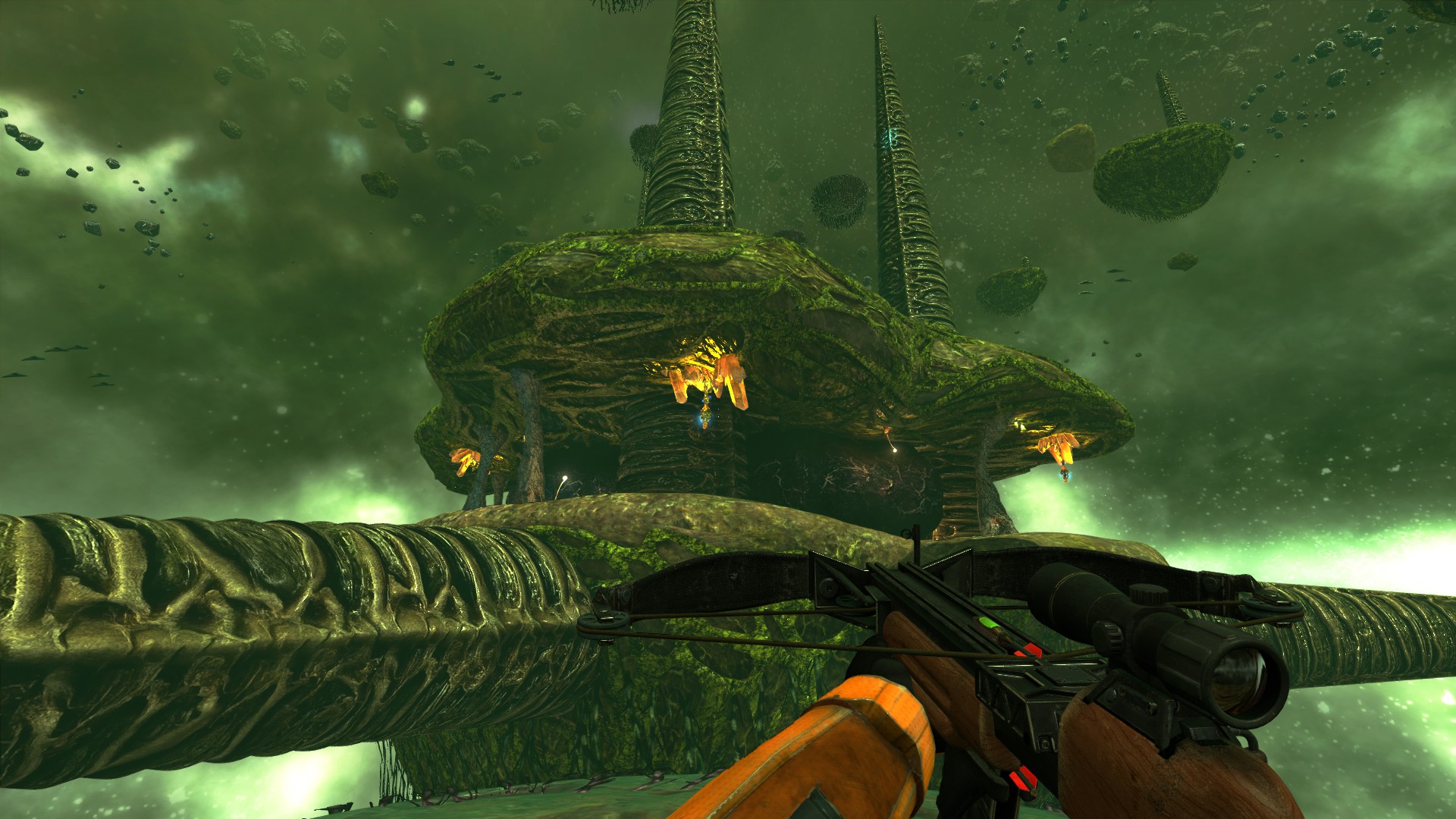 Gonarch’s lair: yes, now fully functional NPC Gonarch is engaged and all my previous work with him is removed. But despite this fact, it feels like it was created for this location, it fits perfect. More shallow vegetation. You could also notice it in Xen location in Azure Sheep Remake, because I worked on that mod too. 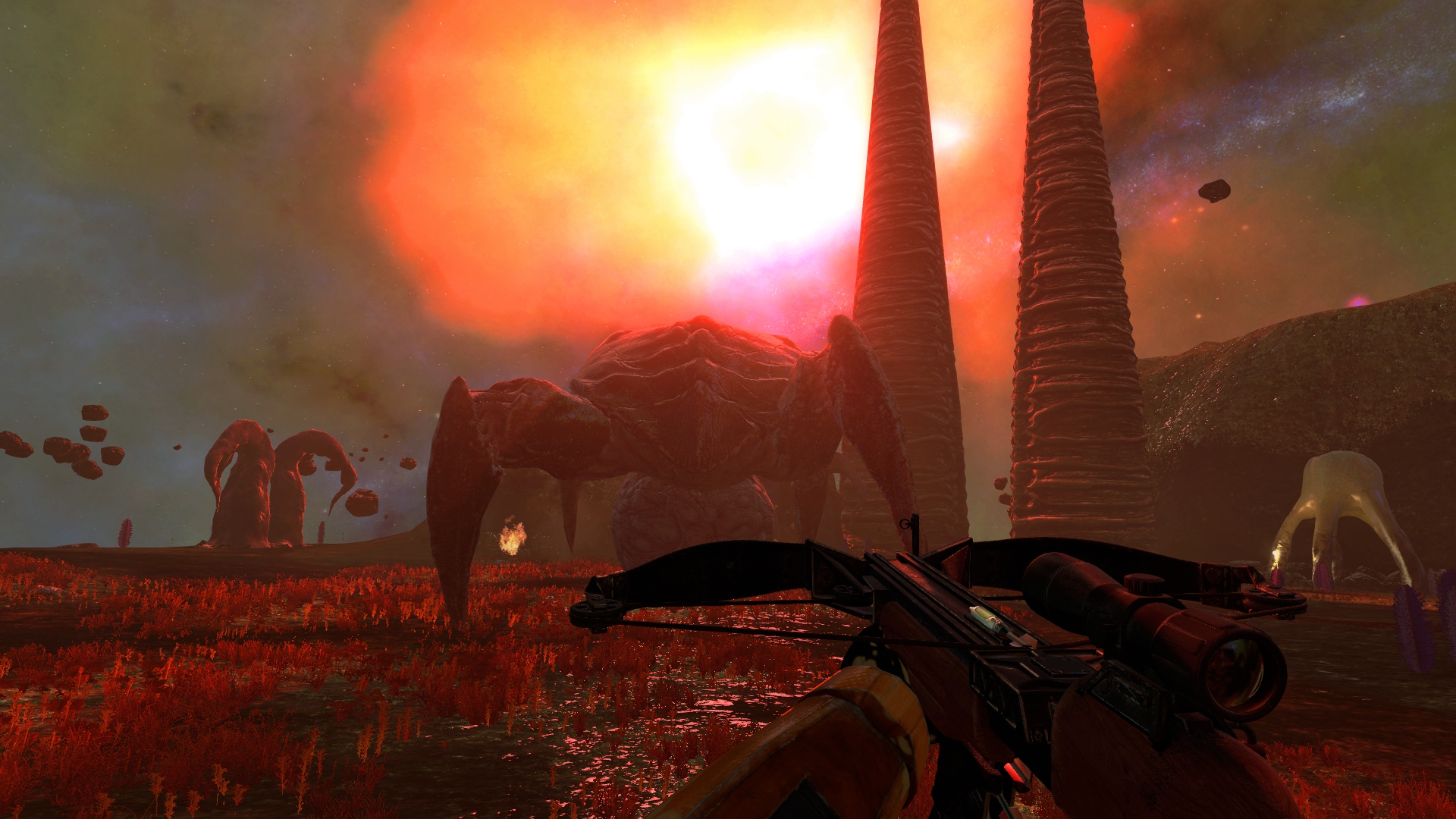 Interloper: Finally, an option for passing with a stealth is added to the c4a1b map. It is similar to the way it was implemented in HL1. Some scripts are changed due to the adding of friendly vortigaunts, and also you will meet less controllers than before, for the balance. Because they use new attacks now, they became a real powerful enemy. 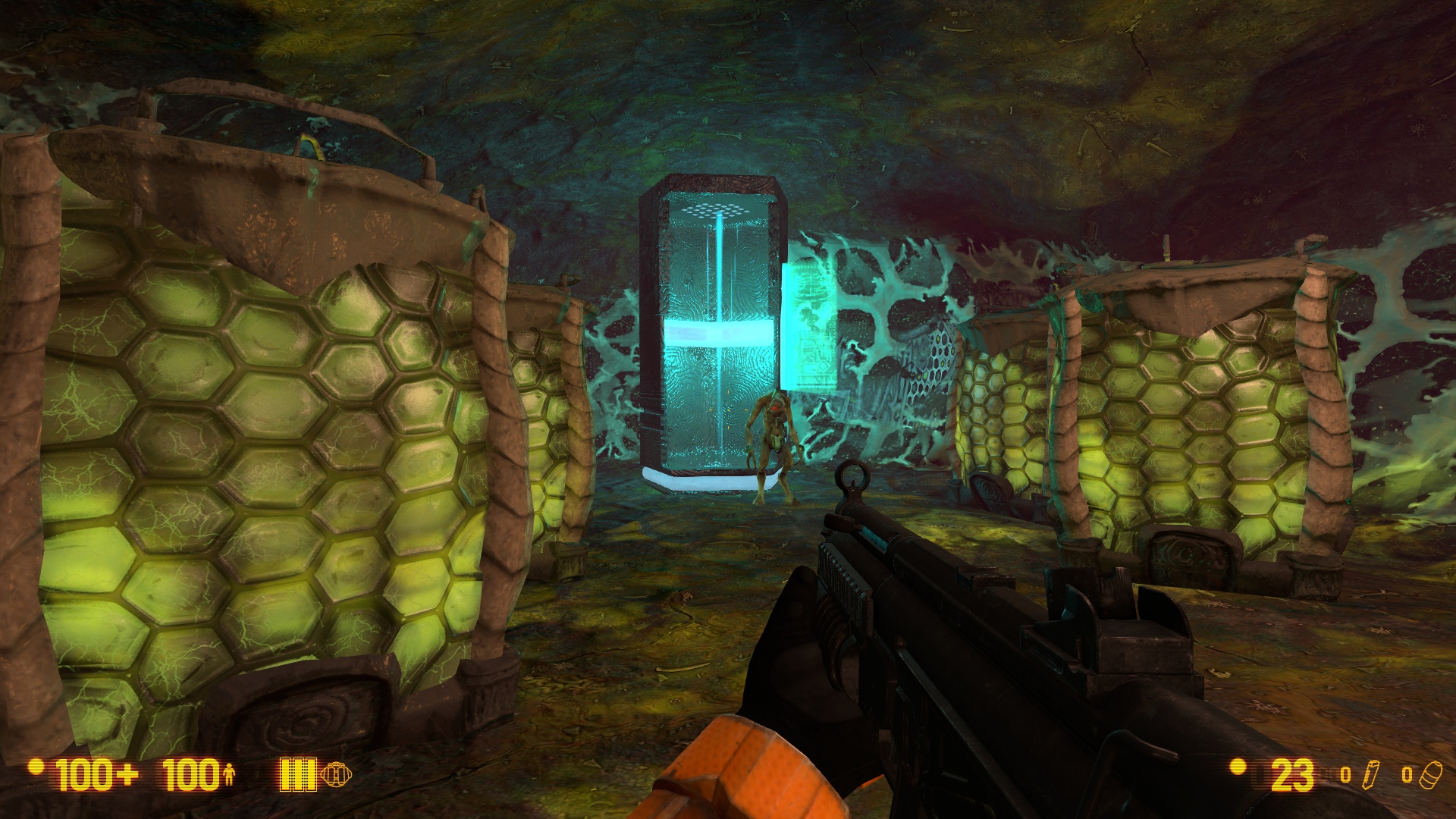 Nihilanth: I did not implement the NPC of the main boss, because I wasn’t sure that this would work here. On the contrary, I spent a lot of time replacing the model and adapting the environment for it. 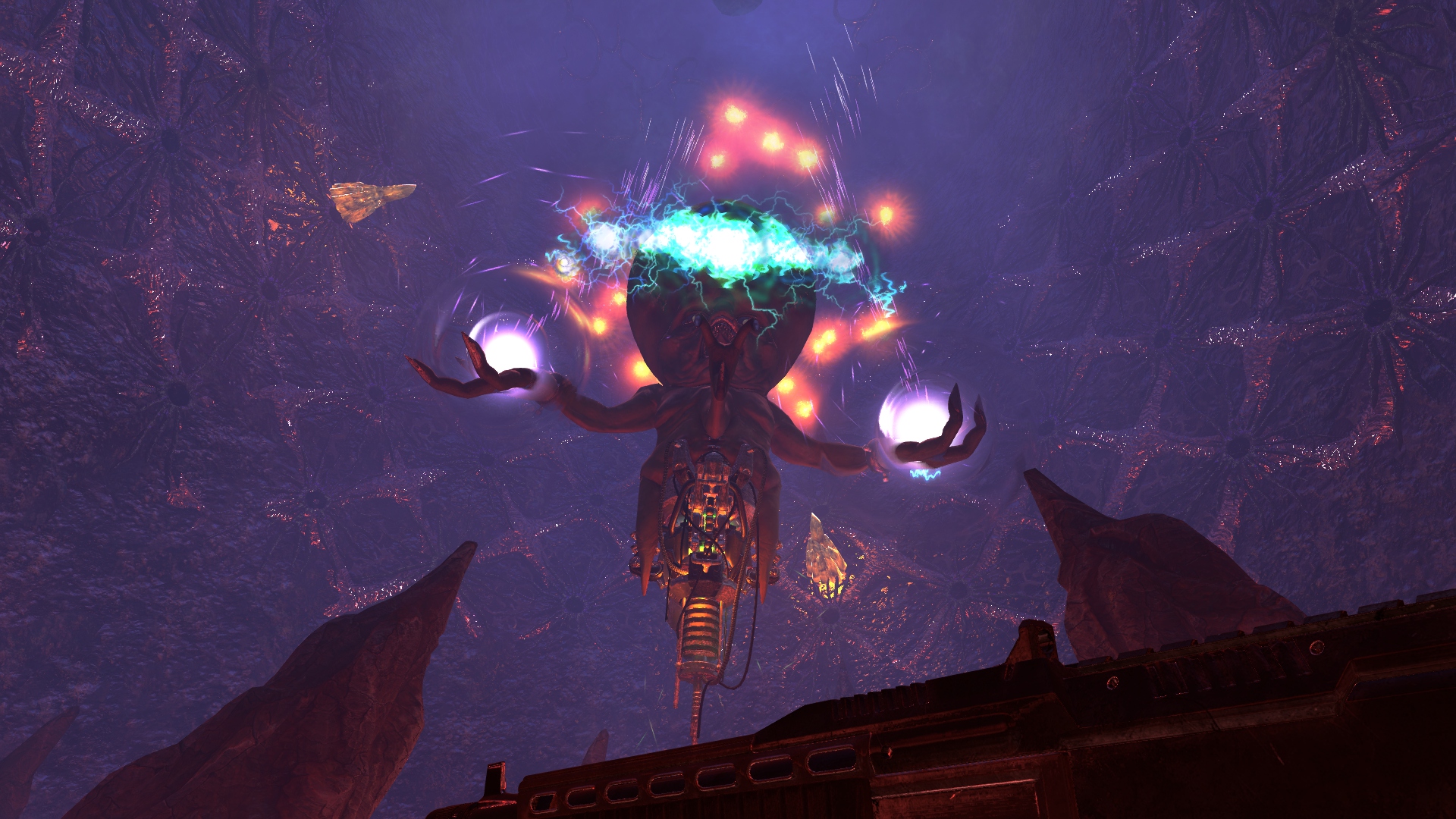 Endgame: The main change is a different lighting and dark skybox.

- New tentacles (Xentacle) have a problem with their origin (position), they can literally begin to fly across the map, knocking the player out of the way. I didn't find the solution of this problem, so I returned the old ones, until the solution will be found.

- The scene with the speech of Gman is similar to the one from the official ending. It works great, though it brought a minor, but incurable problem - in two scenes G-man looks at you with his whole body at once if you’re moving around. I made the player slower in this scene to do this flaw less noticeable.

- Nihilanth's head doesn't open in the final stage of the fight with him, because his model doesn't have neccessary animation. It is the flaw of Crowbar collective, not mine, and I wasn't able to fix it. 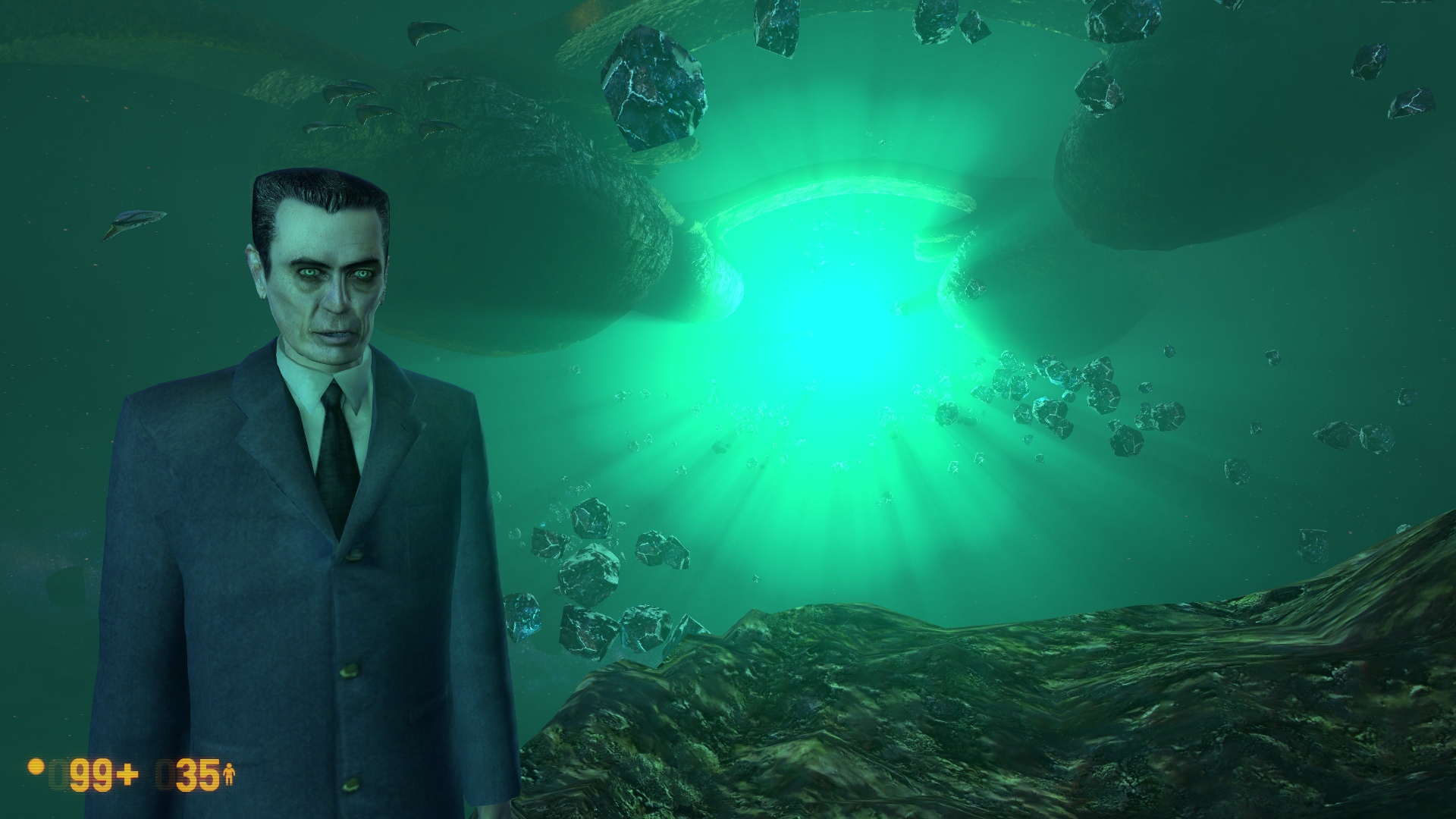 - You can still hold “space” before touching the ground to avoid damage from falling, thanks to the game bug.

I also announce that for the first time in all my content maker career, I need your support. If you want to give life to this mod, and my further projects, I will be glad for your donations. In addition, I have several unreleased projects, but the difficult financial situation forces me to do other work. If you donate, I will write your name in thanks-giving credits for sure and you will receive a personal greetings letter from me. I wrote my WebMoney requisites. Also you can donate in the PayPal or Patreon (HECU Collective account is indicated there, because PayPal doesn’t work in my country and I can't upload much content on Patreon personally), so leave a comment to let me know about your support.

In conclusion, I want to point out, that I am working on several Xen locations. They are absolutely new, created from the scratch specially for Azure Sheep mod (part two). Also I'll publish my experimental educational modification "Emergency Evacuation" very soon. After that, I'll share even more news with you. I appreciate your attention to my work, thank you everybody!

(available on Steam Workshop and Moddb)

Hi thank you for this mod! It's fantastic! A question, the part about the changes to Gonarch, does this mean that the Zombie NPCs will look and function normally once again; in other words, will we be able to have Zombies instead of Gonarchs on other levels? Once again, thank you!

Thanks for the question and interest in this mod. Gonarch in the form of Zombie NPCs was a necessity for the 2012 version of the mod, because I needed a basic NPC with the ability to walk and zombies came up for this. To do this, I separated Xen from BMS as an independent modification, so as not to destroy the main game. But when mixing mods, you get gonarchs instead of zombies everywhere.
The update that I am going to release now concerns the paid Steam version of BM, and there are no conflicts in it.