I know it's been 5 months since our last release, but I am sure that it was worth this wait.

I know it's been 5 months since our last release, but I am sure that it was worth this wait. This version of IC is the best yet (sound familiar?), and it comes loaded with new units and gameplay that will have you duking and nuking it out with all of your favorite factions from red alert. The red alert 2 Allies have been brought up to par with the rest of the factions, and come fully loaded with a deadly arsenal ranging from working IFVs, Rocketeers, and dolphins.

Oh yeah, I almost forgot, THIS VERSION COMES WITH A NAVY! You'll now be able fight over land, sea, and air thanks to each side getting it's navy. So go out there and practice your unrestricted submarine warfare, or lead massive amphibious assaults, or sit back and let the dreadnoughts clear that enemy base, whatever floats your boat. I know you're getting ants in your pants just to play this, but theres one more thing I need to mention; the rise of the AI! Although it is far from finished, this version debuts our AI with a little taste of comp action.

The red alert 1 soviets now have a working AI and you can play them in skirmish! Also be on the lookout for some easter eggs! Our continuous efforts to balance this mod leave me to assure you that no matter what faction you pick, you and your buddies are sure to have a great game, now get out there, command your forces, and conquer the enemy!

Here's an early base for the RA2 Allies, getting ready for an armored assault. 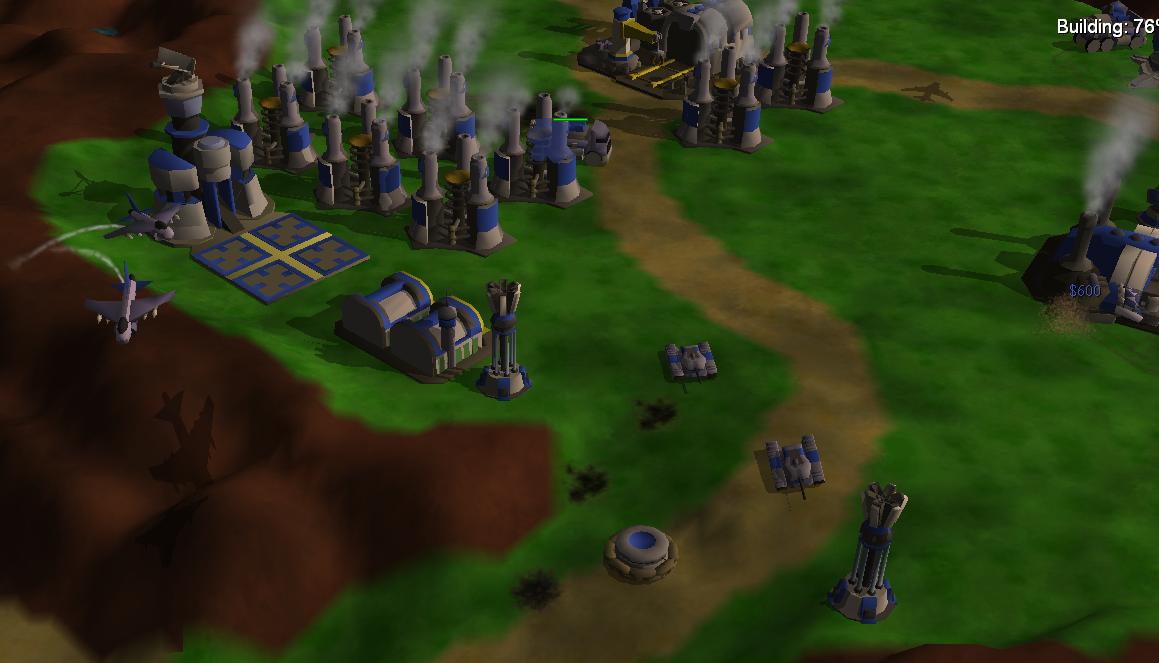 The ra1 soviets have gotten some AI, thanks to DutchyGamer, and as you can see here, they're ready to fight! 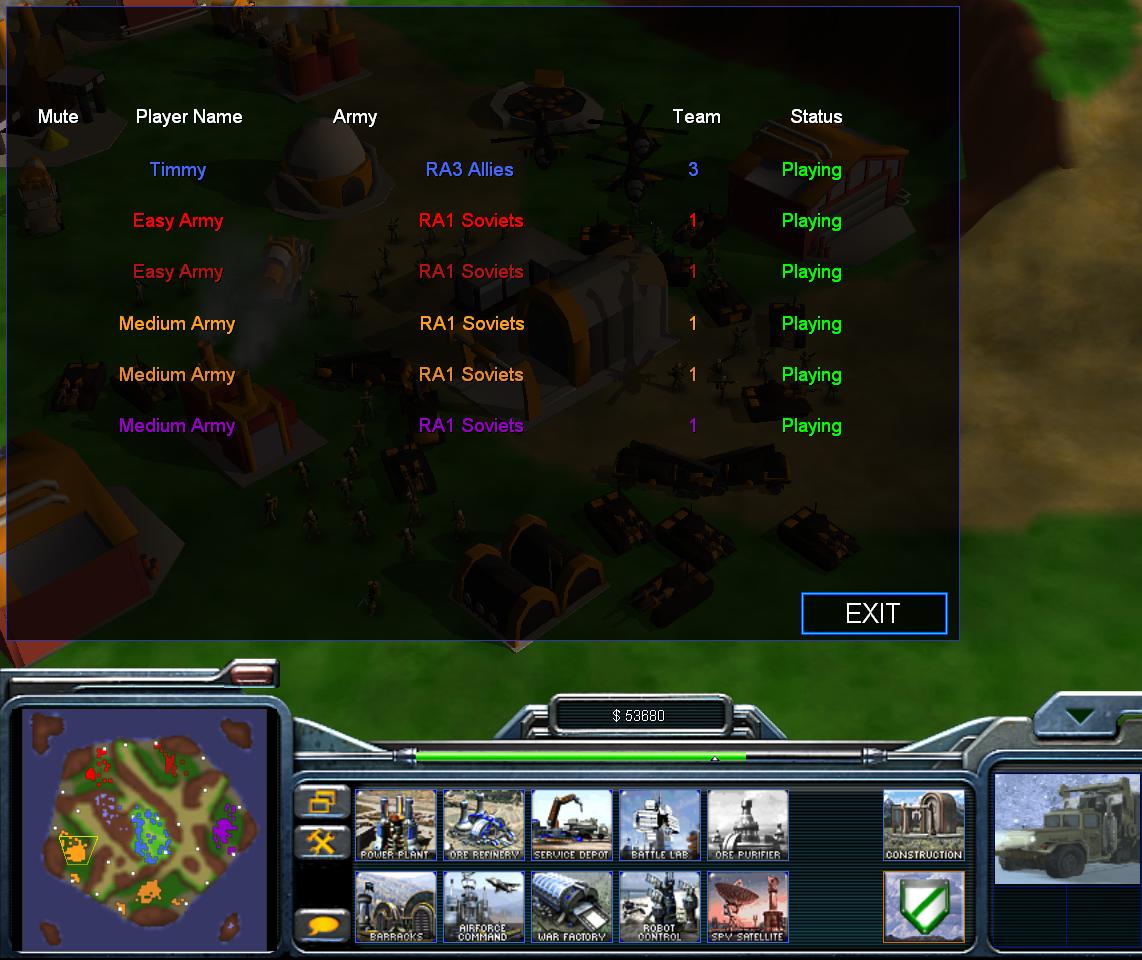 This navy belongs to the ra2 allies, and as you can see, they have Amphibious transports, Destroyers, Osprey, AEGIS cruisers, and dolphins. Not shown: amphibious robot tanks you can build on land. 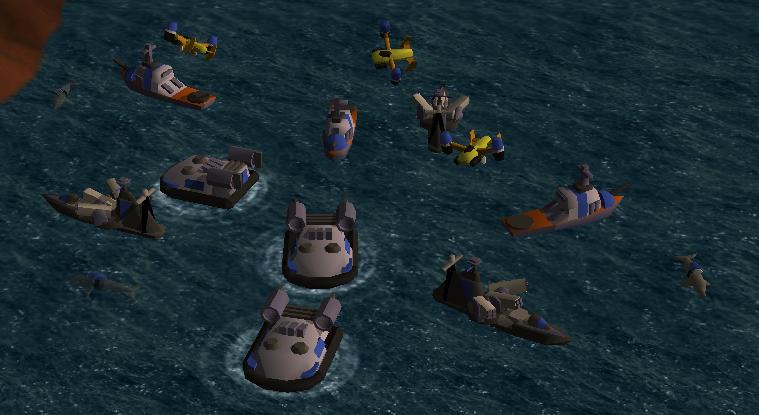 Finally we have the navy of the ra2 soviets, complete with transports, subs, sea scorpions, and the almighty dreadnought! 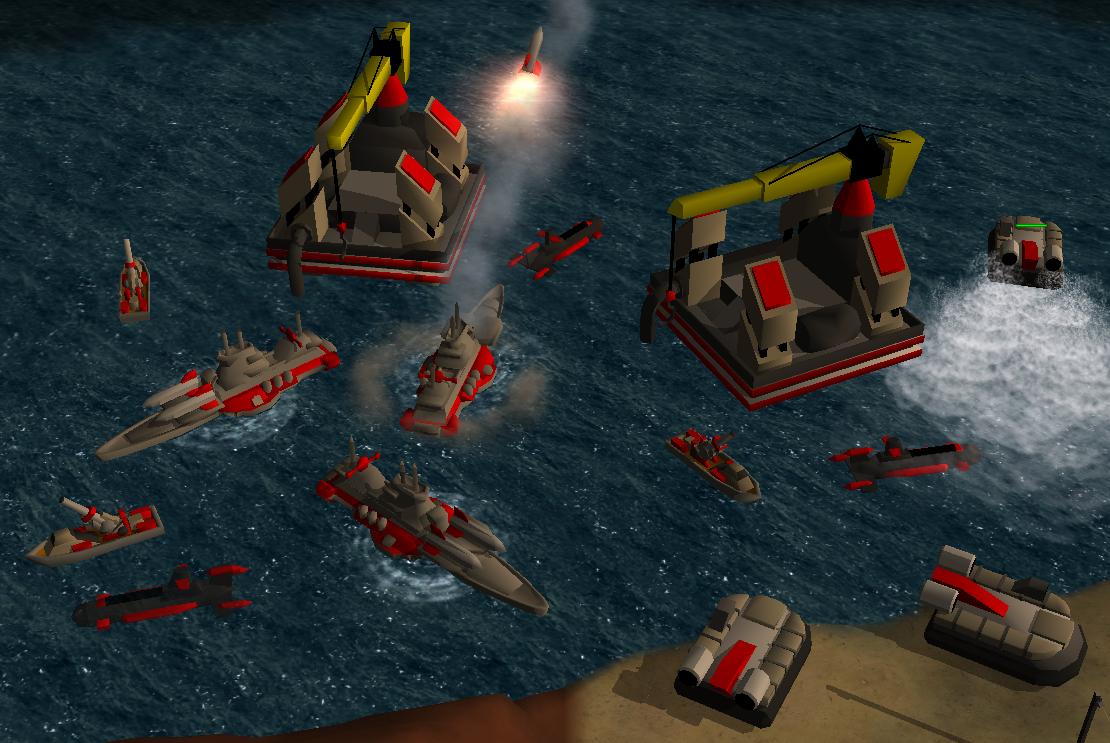 If you've never played or heard of IC before, it is a mod that aims to bring together all the different factions from all the red alert games in a light hearted style with toon based graphics. Currently every faction save the allies from red alert 3 are playable, and the list includes:

I hope you all enjoy this Demo of Invasion Confirmed!

kay... WOw! That looks nice. But i would say that the units ans Buildings just needs some textures 4 perfection. Besides that its awesome! Would love to play this one.

ok you will get allot of - karma because it have been said so many times that this is a cartoon style mod.

Any plans to upgrade to a newer SAGE engine? Generals hates my computer.
And, yes, excellent models, but textures would be great.

Negative Karma for you!

THIS WILL BE A CARTOON STYLE MOD! Prick.

Read your comment and ask yourself who's the prick again.

Negative karma for you for acting like someone you ain't. There are nicer ways to say we don't use textures (or at least, real textures besides single-colour textures)

Even regarding this mod is aiming for cartoon style, you should reflect it looks like you've got no textures on the models at all. Also, there are realistic cloud shadow effects on the floor and very realistic water textures from generals. This does not exactly create a cartoon look to me, maybe try to do create textures and then use cartoon filters on them. Otherwise, the mod looks very good, btw.

Give me any karma you like to give for feedback :p

I agree, some small texture details never harmed anyone.

The textures debate has been going on since I announced this mod guys, and as always, I'm commited to this look. One of my friends is interested in making a textured version of this mod, so please, no comment about textures until he decides to announce that. Please also understand that this is a demo of an unfinished mod, so things like water and particles haven't been gotten to yet.

@Crymson
Ooooh, Mr. InternetToughGuy, gonna beat me up for trying to offer constructive criticism.
I don't care about karma, I'm saying what has to be said.

Even Cell shading would be better than this, and I'm positive Generals can support at least some facsimile, HL1 can and Generals has a better renderer. It isn't hard to add lines, cracks, and machine holes. Don't sacrifice the visual quality of the models. All the edges appear jagged because you're staunchly determined not to add any detail that might otherwise take the eye off of the geometry. The hovercrafts look like pancakes with skirts and engines, horrible contrast to scenery, but I can tell the model is of some quality. The gunboat and aegis are an exception only because they have so many smaller colored components on it, but don't think adding polies is an easy way out because that will SEVERELY hit game performance, which is a luxury the older Sage engine doesn't have.
If you ask anyone with model and detail work under their belt, they'll say "This isn't a 'look', it's laziness." I'm not telling you to make it look like RA3, which some saw as too cartoony, just make it look like they aren't all vacuform plastic. Otherwise, you have nothing over the C&C Allstars mod other than the fact that you're still active.
As a temporary thing this is fine. Otherwise, you might as well dabble in removing the current renderer from the source because it wastes performance.
Honestly, textures should be first on your list for visual detail, not particles.
Sorry I had to be so harsh, but I hope you don't plan on boasting this in a work portfolio, nobody would take it. If you plan on joining a field other than game design, then disregard this entirely.
Consider adding your friend who wants to work on the textures to the team, not making him add a different version, and I guarantee you'll go further. A few lines and color hues won't destroy the cartoony style you're going for.
Think I'm wrong? Hold a poll.

I do this because I enjoy doing it, and have no intention or ambition to ever get into the gaming industry. I love gaming, and I love playing this mod with my buddies because it's just fun. As strange as it may sound, I DO like this style that I have. Beyond that, this mod isn't just about visuals, we alse have great gameplay. As for comparisons with All Stars, I beleive we include more factions, more units, and naval combat. My friend also has a project of his own, so this is far from the top of his list of priorities.

Relax lad, he has so many negative karma on that post, noone will notice his silly reply. As for the texture dilemma: take a look at my most recent post. I may consider doing textures for IC.

No, I'm actually a zombie :C

For all those who love textures: as I've recently discovered how to texture decently, I may give a try at texturing the RA1 Armies (if DaFool and the other agree).
Do note this may not be for some while, as I am thinking of doing this in the Summer holidays.