Check out the most recent trailer showcasing Firefight mode. Also find out what maps we'll be showcasing when the newest demo hits the web.

Check it out. We got a new trailer up, thanks to NewGuy, showing off some gameplay from a new demo that will be up VERY soon. The newest demo will be showcasing Firefight - a survival mode that pits you against hordes of Covenant enemies. You'll have access to 3 maps. The first is Site 17, an ONI research lab deep within the swamps of Atlas. A large base in the center provides cover and supplies, while enemies are dropped off just outside. The Covenant will also drop off Wraith artillery in the outskirts of the map which will barrage the player with superheated plasma anywhere on the map.


The second map, Docking Bay, takes you deep behind enemy lines on a Covenant Assault Carrier. You'll be fighting the Covenant on their own turf, which means you'll have access to their weapons and equipment. Weapon drops now consist of alien power weapons such as the Plasma Launcher as opposed to the classic UNSC ordnance you're used to. 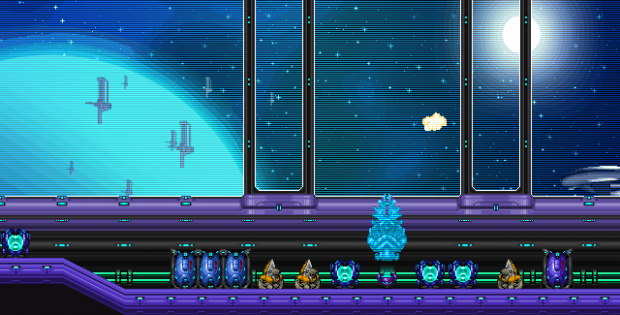 Last but not least, there's Precinct, a sprawling urban environment in the higher class sectors of the main port city of Atlas, Durandal. The map is bordered by two skyscrapers, their lavish interiors provide cover, but also will leave you with your back against the wall. 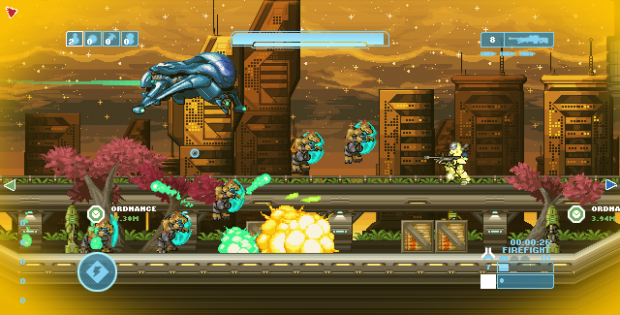 Check back soon for info on the next demo's release date and other news, and make sure you let us know what you think!

wow!
to be honest is this the first time that i hear or see of this great side scroller and immediately do i like the looks of it. 10 years ago i loved playing sidescrollers and this does make me want to play this.
therefore will i track this game from now on,
really great work and strangely enough does it have a real Halo feeling to it due to the layout of all things.

It doesn't look aweful, but the sprites could use some work. They're nondescript and don't fit in with the background very well. Also, I'd suggest taking a look at having ghosts you're actually able of piloting, Megaman X had some pretty awesome sequences with that kind of thing, and it would work well with the Halo theme.

The sprites look amazing, the screenies and the trailer don't do them justice IMO. They look much better in-game.

It could use some platform elements. And perhaps metal slug-style vehicles and bosses? ;)

This looks very impressive and fun; I can't wait to play it. The only problem I see is that it looks like much of the gameplay consists of running backwards and shooting.

It all depends on player skill and the level of difficulty.

If you want to see what the game was like before, I suggest you look here
triblox.org/node/14