We have just implemented a few graphic effects so the game looks nicer and so the player likes it even more.

Hey everyone, as we keep making the game more fun to watch and play, some new graphic effects have just been implemented in the game. Here's the list:

And here are some screenshots: 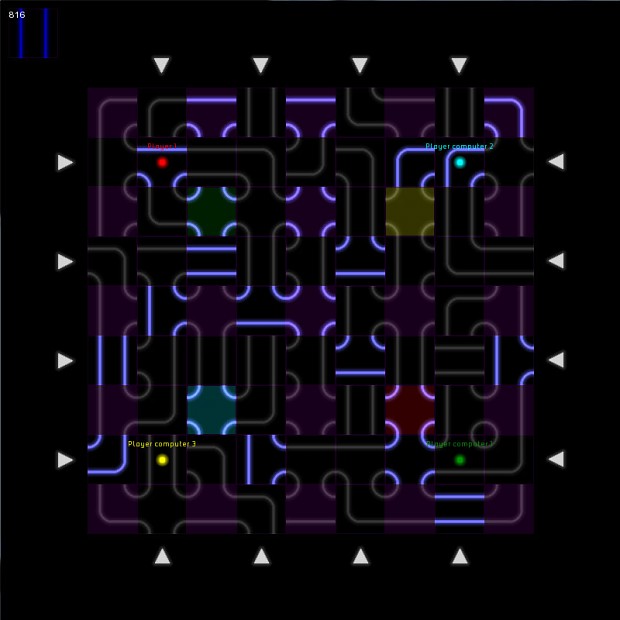 This effect starts at the beginning of the game, the tiles are randomly turned on before the first player can play. 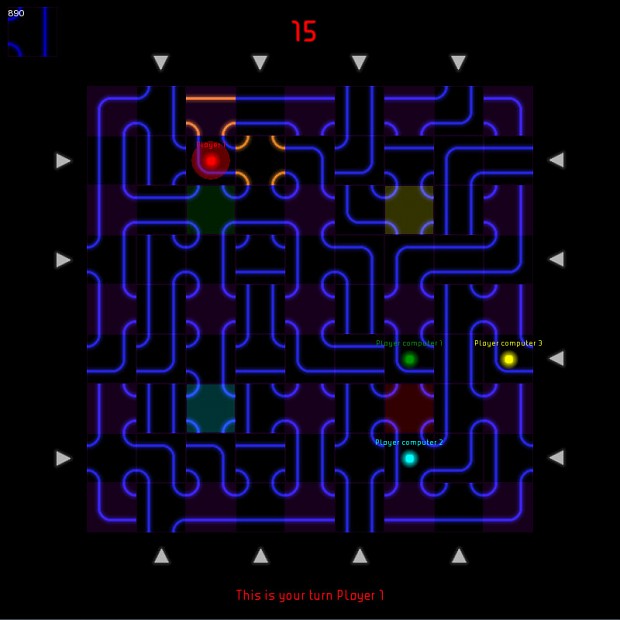 When it's a player's turn, a glow effect is applied on the player to indicate that YOU can play and to show your position.

This is the same screenshot as the one above but in this effect you just have to know that the players grow and shrink. 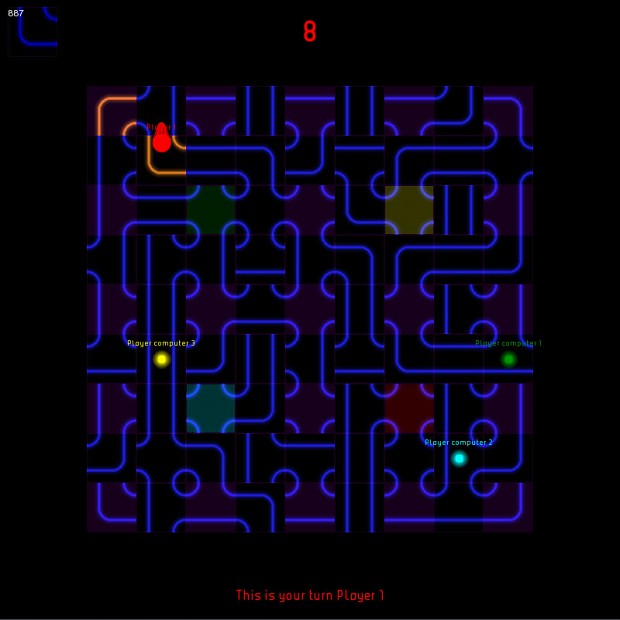 When a player moves (as you can see here) it intensifies his color and there is a streak behind it. 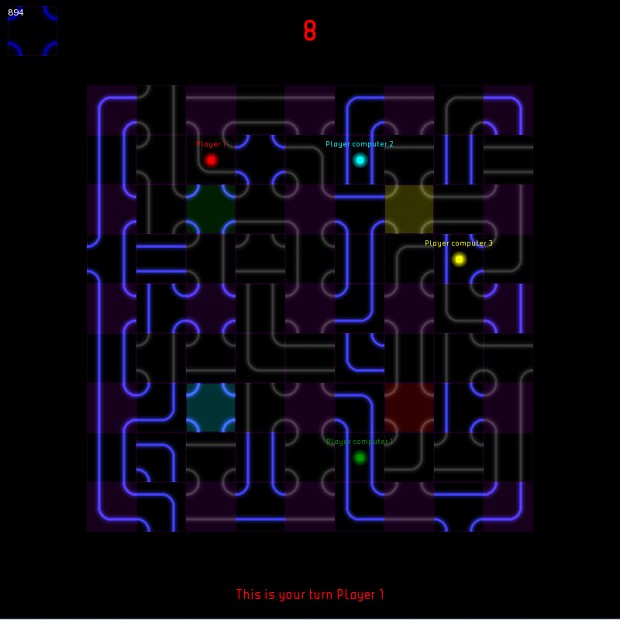 When a new tile has been inserted a wave starts from the insertion and goes in the 2 opposite ways turning off the tiles and making them blinking. 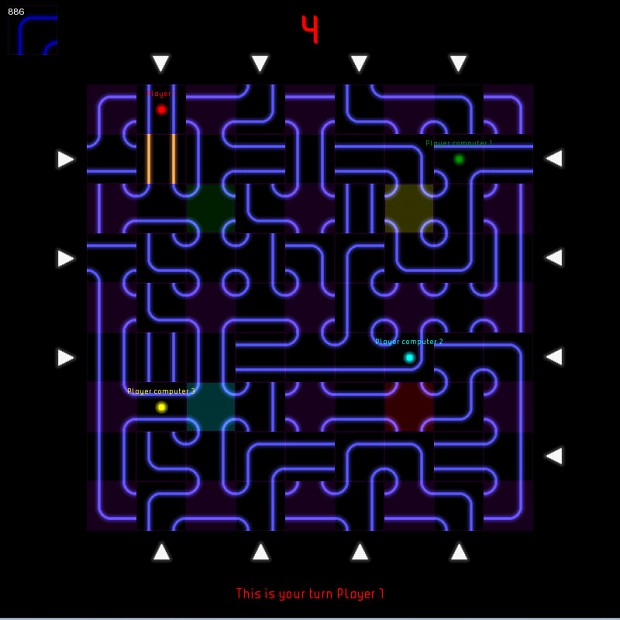 When the remaining time reaches 5 sec or less, the tile illumination is intensified each remaining second.

This is the demonstration video of all these effects: