Southernmost Combine has been blessed with some replayability value thanks to two addons that have been provided by users. One of them is the Russian Localization by Denis Filanovich. He has gone to the extent of re-recoding all dialogues in Southernmost Combine and translate all in-game texts and even interactive screens. It´s definetely a must if you speak russian and it´s still a fun thing to try even if you dont. Just beware that installing it replaces other files in the mod and that can only be reverted by reinstalling the mod from scratch. At the same time, ScotisHedgehog77 has been nice enough to put togheter an official patch to run Southernmost Combine with MMod 1.3, this version has been tested by truly yours to ensure it keeps the spirit of the game togheter, and it´s also a very fine way of playing the mod. Specially in Hard, it will turn the same old mod into a whole new challenge.

Finally if you are a Garry mod player, stay tuned to Temporal Assasin updates. Another user, MisterCopper is working on a conversion to play Southernmost Combine within the Temporal Assasin universe. Which by the way, it´s another very fine game conversion with really cool gameplay twists (think of Assasin Creed/Dishonored).

Let us know how do you like all this new stuff and if there´s something that should be fixed! 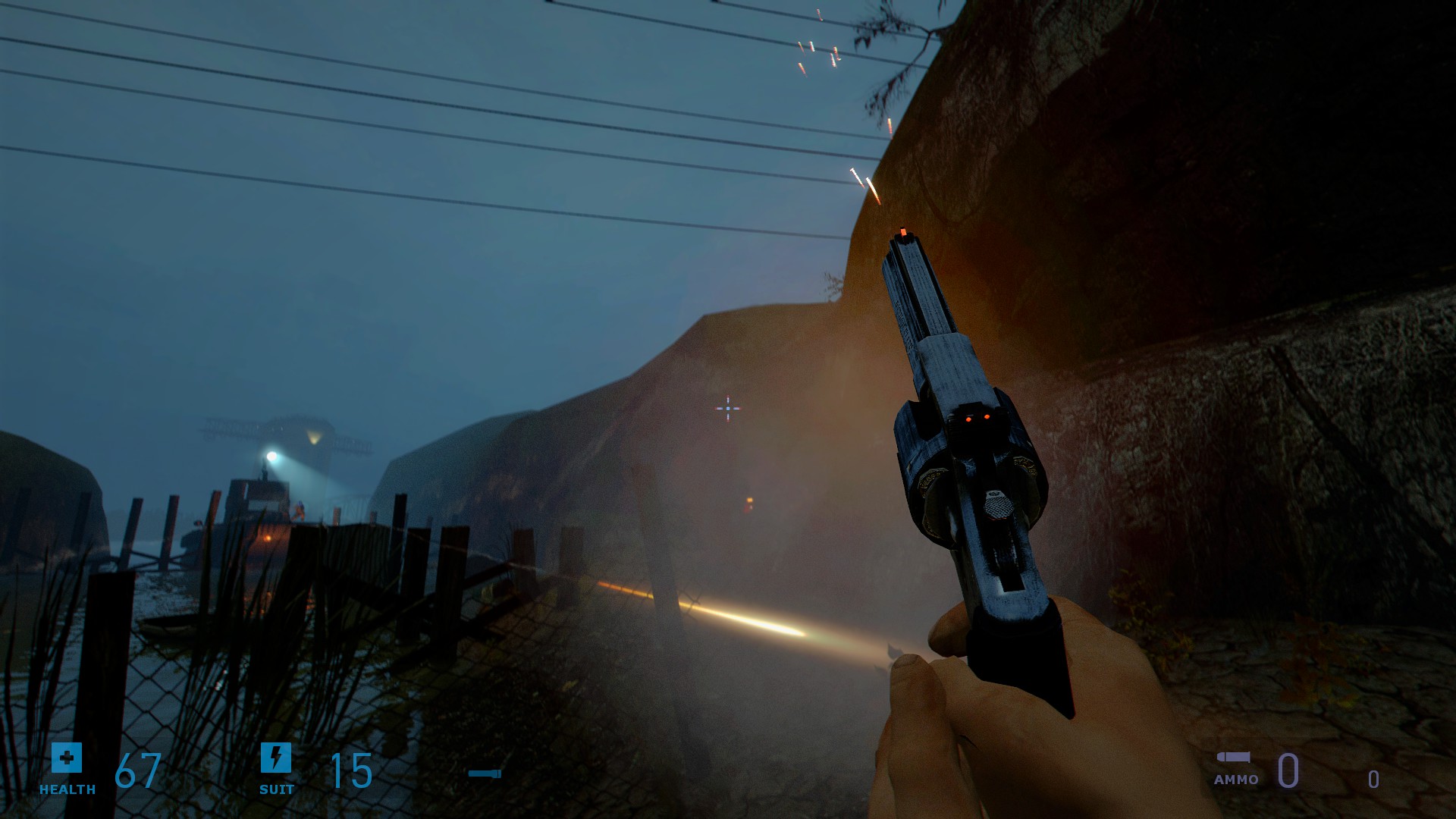 For me the updated MMod compatibility patch causes everything to be fullbright, which was not the case with the previous one.

HEVcrab Find southernmost/cfg/autoexec.cfg and copy it to HL2MMod_SC/cfg replacing the existing one. Confirm please if that fixes your issue!

I´ve reuploaded the file with that fix included. Should work fine now! (i hope). Also, don´t reload old savegames from the previous version.

Gambini Yes, copying autoexec.cfg fixed the issue :) and the updated patch works out of the box as well, thanks a lot!