Videos of the new shield update, and a sneak preview of a new level.

One of the problems I realised about adding the CogBots to BotSumo, was that they’re overpowered. The spinning cog around them pushes opponents back, meaning it can be difficult to defeat them if you’ve chosen one of the earlier bots.

So I added a shield…

…which makes you a lot more awesome.

And makes it easier to get rid of CogBots.

In fact, it’s even better if you’re huge.

The shield is a collectable, which only appears every so often, but you can force it to appear by clearing all boxes off the platform. Something my wife was doing quite often, even though it wasn’t actually part of the game.

I made a new video to show this improvement, and the app has been updated in the Google Play store.

I also found 2 new videos that fans have made themselves. One in French and one Chinese:

Also, I’m working on a new level. One of the biggest requests I get is to make more levels. Here’s a sneak peek: 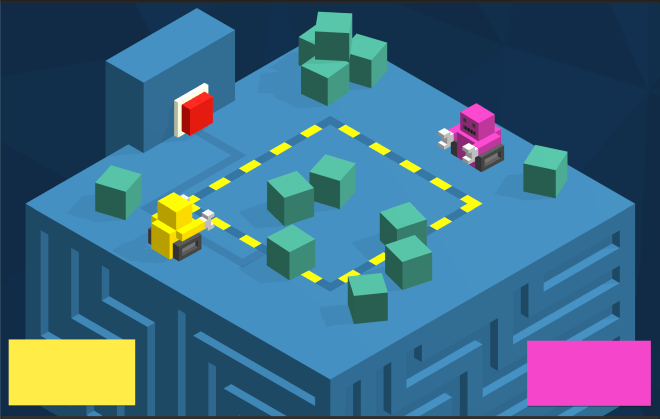