We take a look at a few new and redone Austrian troops, as well as new shaders and post effects.

In today's (rather late) update I'll be showing you some of the Austrians troops in the mod. You've probably seen some before but they were not up to the standards of the newer content. Although I don't like to spend time remaking old content, the Austrians really needed it and as such have had several of their uniforms remade.

In addition to new uniforms, you'll also see in these screenshots the new graphical shaders written by an acquaintance of mine, one CGBeebe, who has previously made a couple of items for the mod. These include updated specular reflections, cubemaps and fresnel lighting. He also did some new post-processing effects which you'll see in the screenshots below. Bear in mind that the shaders and effects are being tweaked still and look somewhat different now than they did when I took these images.

As for the troops of Kaisers Franz I, Napoleon's main antagonist in 1809, here we have the redone Füsiliere (the most basic line infantry), Jäger (skirmishing light infantry) and the all new Kürassiere (Austria's heaviest, armour-clad cavalry). 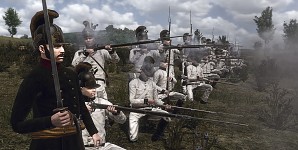 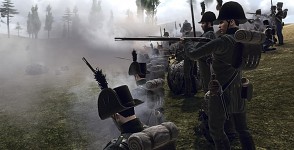 This is it for now. You keep waiting and I'll keep working.

I must say you have incredible skills, Docm30. You must be the single best modder of Mount&blade warband at the moment.

Absolutely amazing work, you never cease to amaze me :D. It's like a totally different game already. Can't wait to play it :O

Quick question, are you going to include the French campaign in Egypt and Syria, or just Europe ???

Damn, this is so amazing.

You are amazing and a god-tier modder. Let no one tell you otherwise!

If this is released, I'll stop playing XCOM 2012 for awhile and play this :D begging for this