Hello everyone, today I want to tell you about the new game Neverstar. Neverstar is a platform shooter based on the Unity engine.

The game is designed for players who love action games, slashers and remember such masterpieces as Contra, Contra Hard Corps and many others, but Neverstar still has great differences.

The project is at an early stage of development, but right now I would like to know your opinion. After the description there will be sketches and models with animation.

There will be 3 different races in the game: 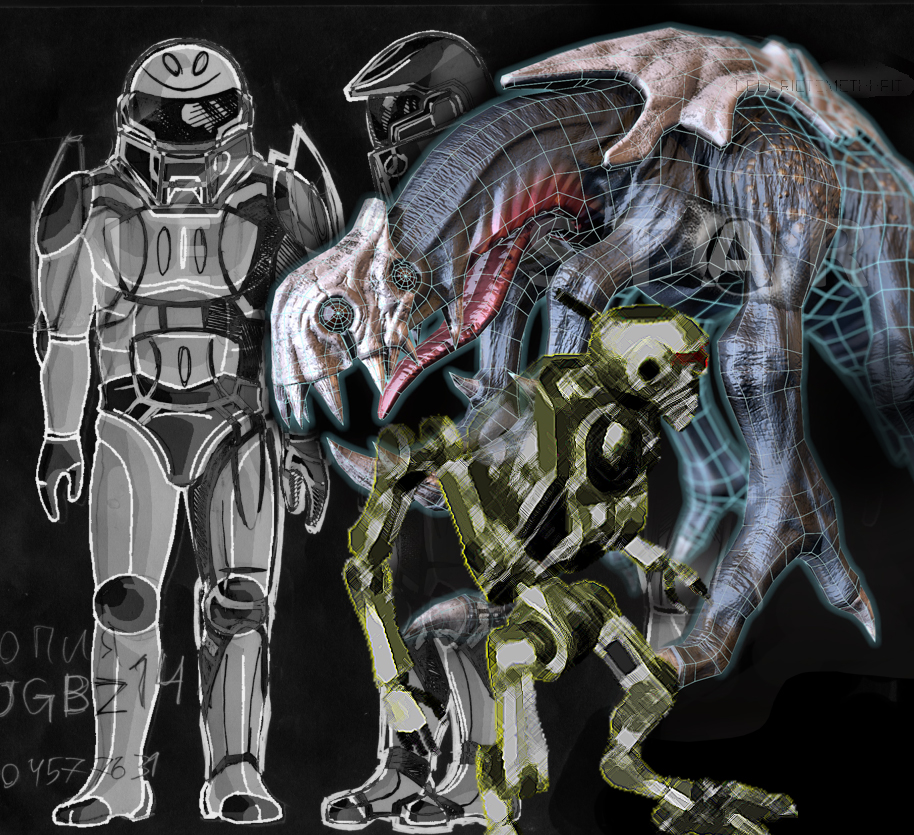 Each race has its own tree of ability and skills. The character model changes visually after upgrades.

You can play game co-op and you can combine completely different races.

The enemies will be all three races ground force, flying enemies, stationary guns, ground equipment and, of course, bosses.

At the moment, the level is being prepared to show the mechanics of the game, the combat system for 3 different races.

There is a story in the game that will reveal the history of the universe Neverstar.

I want to show you sketches and ready 3D models and a bit of animation.

To everyone who liked the idea and who wants to follow the project, welcome to the groups: