NeoAxis Group informs that its all-purpose 3D game engine NeoAxis Engine was updated to the version 1.3. New version received a number of new features along with changed license terms for a Source Edition of the engine.

NeoAxis Group informs that its all-purpose 3D game engine NeoAxis Engine was updated to the version 1.3. New version received a number of new features along with changed license terms for a Source Edition of the engine.

Screen Space Ambient Occlusion effects has been added. SSAO is a real-time rendering technique that is widely used for effective approximation of Ambient Occlusion in CG. SSAO in NeoAxis is implemented as a post-processing effect, has many adjustable parameters for fine-tuning and allows to maintain the best balance between performance and image quality. 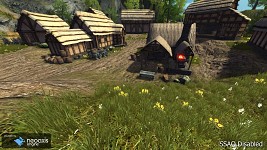 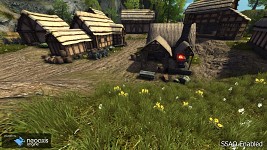 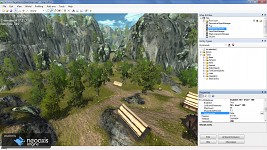 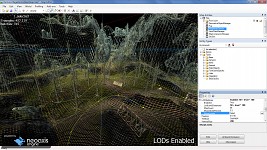 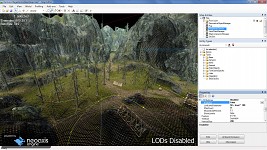 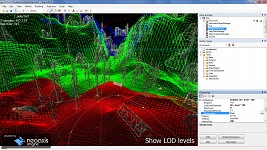 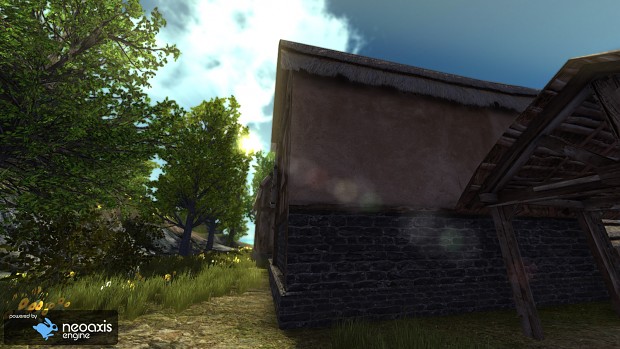 Pathfinding Demo — new map has been added, demonstrating the pathfinding based on Navigation Mesh technology.

SceneBox — new type of control has been added to the NeoAxis GUI System. SceneBox is a control with the ability to draw 3D scene within. Models, effects and other supported entities can be added to it via the Resource Editor or be managed through the game code. This class is convenient for the output of a simple scenes. For example, a garage scene with a choice of a car in an auto simulator game, or a 3d character avatar at the corner of the screen. For a demonstration go to Game.exe and press "Gui Test 2" button in the Main Menu.

WinFormsMultiViewAppExample.exe — new example application has been added. This is WinForms based application that demonstrates creation of multi view applications.

With the release of NeoAxis Engine 1.3 license terms for engine edition with full source code included has been changed (Source License).

Now license cost depends on the number of developers as stated below:

With this changes made now it is possible to get access to the full source code of the NeoAxis Engine for as low as $2895.

Full description of license terms and conditions is available at Licensing page.

NeoAxis as the platform for non-game projects

In conclusion we'd like to mention that NeoAxis Engine can be effectively used for non-game projects development for Windows and Mac platforms. With many powerful features, robust toolset and modern technologies used NeoAxis Engine is a complete solution for development of wide range of applications, demanded by industry, research, staff education and training and more.

Previously we already highlighted a success story on how NeoAxis was used for development of emergency staff training simulator for chemical factory in Russia, made by Sistemotechnika company. Now developers from Human-Computer Interaction Lab of the University of Udine, Italy used NeoAxis Engine for EMSAVE ("Emergency Medical Services for the disAbled" Virtual Environment) project, a virtual reality system for training in emergency medical procedures concerning disabled persons. Now this system is undergoing testing in one of the italian hospitals connected with the project.