We have launched our Kickstarter campaign to coincidence with the release of the first Beta version of NGC-19: Gravitus, which is now available through our website. 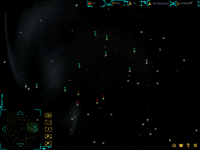 We have just launched our Kickstarter campaign, so please take time to check out the neat stuff. We have also just launched our Beta version of NCG­19: Gravitus which is available now on the Download page. We are also going to be on Steam Greenlight very soon and we will post an update when that happens.

Race Creation: Players are give 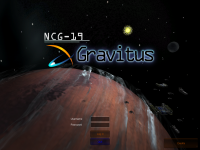 n the choice between three basic race models, and then they are allowed to choose modifications from a list of attributes. These attributes range from bonuses to income and research to enhanced planetary tolerances to combat modifiers. This is done only once upon creation of a unique race.

Captains: Captains are special units with a set of attributes that can level up. They have a wide range of abilities and powers which can also level up. When Captains are assigned to ships, they will increase the effectiveness of their ship and potentially the rest of the fleet as well. There are seven Classes of Captain, each having unique abilities. 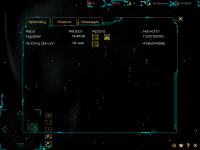 Diplomacy System: Players can declare war on each other, make peace and make alliances. Alliances have private in game message boards for strategy and providing help.

Command Points: Players will have a Command Point Total that will determine the number of ships they can have under their control. This total can be increased in various ways.

Custom Ship Design: Ships come in many sizes with varying amounts of room for components and weapons. Weapons and components each take a specific amount of room and so ships can be tailored to each player's specific needs. 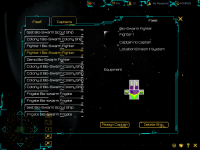 be grouped together for ease of movement when players are moving between planets or stars. Ships will also engage in battle as a fleet, giving players more tactical options in war.

Combat Logs: Players receive a detailed log of each battle, indicating which ships were destroyed, how they were destroyed and which enemy ship destroyed them. These logs are saved in­-game so that players can look back upon old victories and how they came about.

Worker Management: A player's colony has three kinds of jobs that can be performed by each unit of population. Players can choose at any time to switch a worker to a new job, thereby altering the output of the colony.

Combat: A player's fleet of ships will engage an enemy fleet in open combat where ships are paired and fight until one side is destroyed. Success is modified by ship type, weapon type and defensive components. When colonies are attacked, they can retaliate provided they have a planetary defense structure.

Capture Mechanic: In addition to destroying their foes, players can opt to capture their enemies ships and colonies. Specific ship components are required to capture ships, but all players can capture colonies.

Planet Colonization: There are many types and sizes of planets that players can colonize. Some planets will be more beneficial to them than others due to varying gravity and radiation. Colonies produce buildings and ships, and will grow in population if they are cared for.

Technology Tree: At this point, only a basic level of the tech tree is implemented. Players have a variety of buildings and ship types to choose from, but we are in the process of expanding on this material. 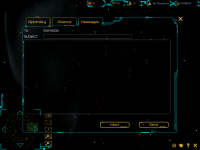 Messaging System: Players have access to an in-­game communications feature which allows them to send and receive messages with their friends and enemies. Networth Ranking System: Each player has a value called their Networth associated with them that is determined by the overall worth of their empire. Penalties are given to players who attack others who are too much lower in networth, while attacking a higher networth player can result in bonuses.

How do i e-mail the devs?

You can contact us at contact@ncg19.com or through our forum at Ncg19.com