Here we have previews of the Nazgul, the undead beings of Middle Earth, along with some news of our progress!

So, I've recently realised that I've been really neglecting The Veiled Stars's Mod DB page. I've not even been on here for months, so I've no idea what's been going down. I extend a massive thank you to 10th-Gaming for transferring most of the updates I've been posting on our forums onto here.

This said, from now on I will make a great effort to keep progress updates coming thick and fast to you guys. I shall repost all of the Dev Diaries that I have been posting on our forum here, so that you guys can see.

Now, there was an issue in which our forum wasn't sending you activation emails successfully - I have fixed this issue. You are now automatically activated upon registration - no email required. So, now, you can ask your questions over on our forum where your posts will 100% definitely be read by me, and I will answer all questions you have - unless you're asking for a release date, in which case I will kindly request that you go kiss an orc.

So, before I talk about development progress and news (the boring stuff!), let's give y'all some previews!

Now, I've always been unhealthily obsessed with a love for Nazgul. They're just so damn badass. So, you'll understand why I spent two days perfecting them! Here is where I've got so far. 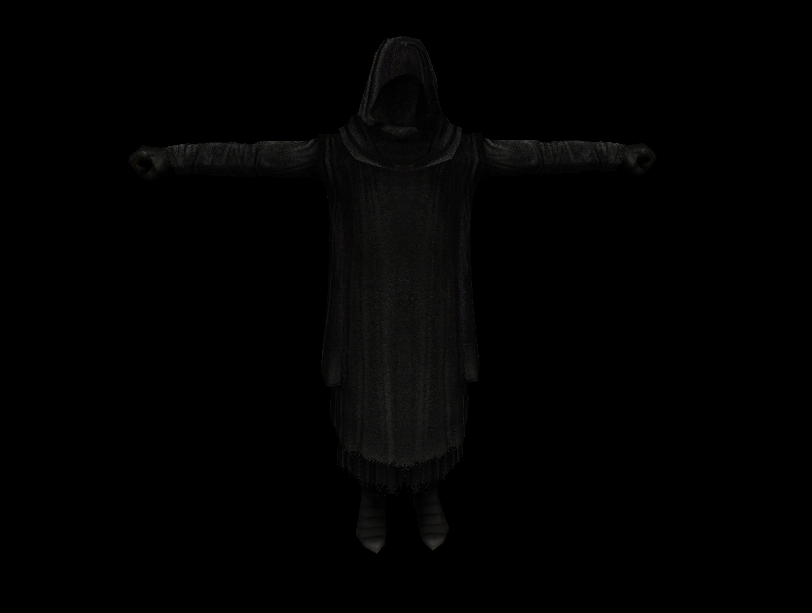 In-game, the Nazgul will be Mordor Lords - so you can't play as them. However, I will probably release a quick sub-mod which makes their equipment attainable, as I'm sure many of you (myself included!) will want to walk around stabbing people with Angmar blades.

Ooh, look, more previews! Only a lickle one this time.
Two plain Rohan Swords, for the Eorling Militia.

Okay, I'm sorry to say that preview time is now over, for this update. However, if you want to see more of the stuff TVS has to show, look here!

Now for the boring part, I'm afraid. Development news. Ugh. Development.
(I'm joking. I love making The Veiled Stars!)
Righty then. Our development team currently consists of... uhm. Me. Yeah, just me. However, considering I can model, texture, code and do everything, that's not a problem. (Breathe, people).
Anyway, over the last couple of weeks I've been pressing forward on the coding front. I have added companions to the mod, and I'm currently equipping all the lords in the game. (that's tonight's job.)
I've done tonnes of modelling. You folks should probably know that you only see about 10% of the models I've made - the rest will be revealed when you get into the game!
So, although you've heard very little from me, I can tell you that I've been working like a dog, and it's coming together really damn nicely now.

Thanks for your continued support - I promise that I will not let you down!

Lol, one of my favorite too, their evil, but their AWESOME!

It is a shame you have nobody helping you with the project, unfortunately I have no experience modding Warband to be able to offer help, so all I can say is good luck.

On the bright side you have no one interfering with your vision. Anyway your progress looks great and I am really looking forward to playing.

Do you have a list of planned features and what you currently have implemented? I am interested in knowing where you are in development what what is left in regards to the first module.

Well, in regards to the first module I'm almost ready to hand out a closed beta.
My work for this weekend will just be polishing things up, fixing bugs and missing meshes, finding things which still need doing, that kind of thing. In terms of first release, the coding is mostly done. Of course, scening will take quite a long time, unless I enlist some help (which I probably will!)

Also, believe it or not, about half an hour after I posted this news, I got a message from a modeller who wishes to help me out. Despite the fact that I've got 99% of the models I want already made, he will definitely help fill in the gaps, and will DEFINITELY help speed up the coming of future versions.

Thanks for your good luck and also your well thought out post, it means a lot!

Good to hear you are back, can't wait for more nazguls ;d

will definitely try this when its out

You're awesome, thanks for the update.

I already kiss an orc every now and then, can you tell the release date XDDDD

Quite nice Stuff, i love the normals of the cloak. Good work.

Thank you! I hope Forodren Auth is coming along nicely.

Are you working on this alone Jarv?

I was, when I posted this. Since then, I've received the aid of a modeller by the name of ztree! :D
Talk about coincidence, huh?

Hehehe. :)
Glad to hear you got some help.

Nice to see you posting something here :)

thanks for update and i really want to play this :)))

isnt the rohan swords tip round, im not sure :O