What are these CPU nations? This is a parallel line of 9 nations that are part of Mod Imperial 7.0, but with minor changes.

Since the release of Praetorians Mods Complex 2.7.0, about a year has passed. During this time, version 2.7 has been downloaded over 4000 times from different resources.
Considering the fact that the growth of the game in on-line mode is not observed, and even more likely on the contrary, the logical conclusion is that most fans of Praetorians simply play against the CPU. Last summer, for Mod Imperial 7.0, I created 9 alternative CPU nations that could create the effect of a worthy opponent as much as possible.
All this was gathering dust for about a year and that all these developments would not be lost for nothing, I decided to include them in Complex.

These nations are only meant to play against them, that is, as an adversary.

According to the characteristics (health, damage, damage, speed, etc.), these nations are absolutely identical to their originals.

Their difference in the pace of their development:
1). Recruitment (recruitment):
To ~ 35% faster, for teams not requiring points of honor.
To ~ 25% faster, for teams requiring points of honor.
2). The time for building garrisons and machines is ~ 15% faster.
3). Possibility of hiring doctors, increased to 3.
4). Savings "Points of command of soldiers" about 50 (which makes it possible to hire more troops).

Thus, choosing as the enemy the Nation_CPU, in combination with the AI (Aggressive, Defensive, Basic) modes, and the difficulty levels (Heavy, Medium, Light), you can pick up the corresponding opponent for yourself.
At the moment, Praetorians Mods Complex 2.8.0 is in the beta stage and is only available through Auto Update.
For those wishing to test:
1. Test for bugs (most important) - play for all the Nation_CPU, build all the units (including elite) and fight them using their special abilities.
2. Balance test (secondary) - play against the nations_CPU. Post your notes, maybe something else needs to be corrected. 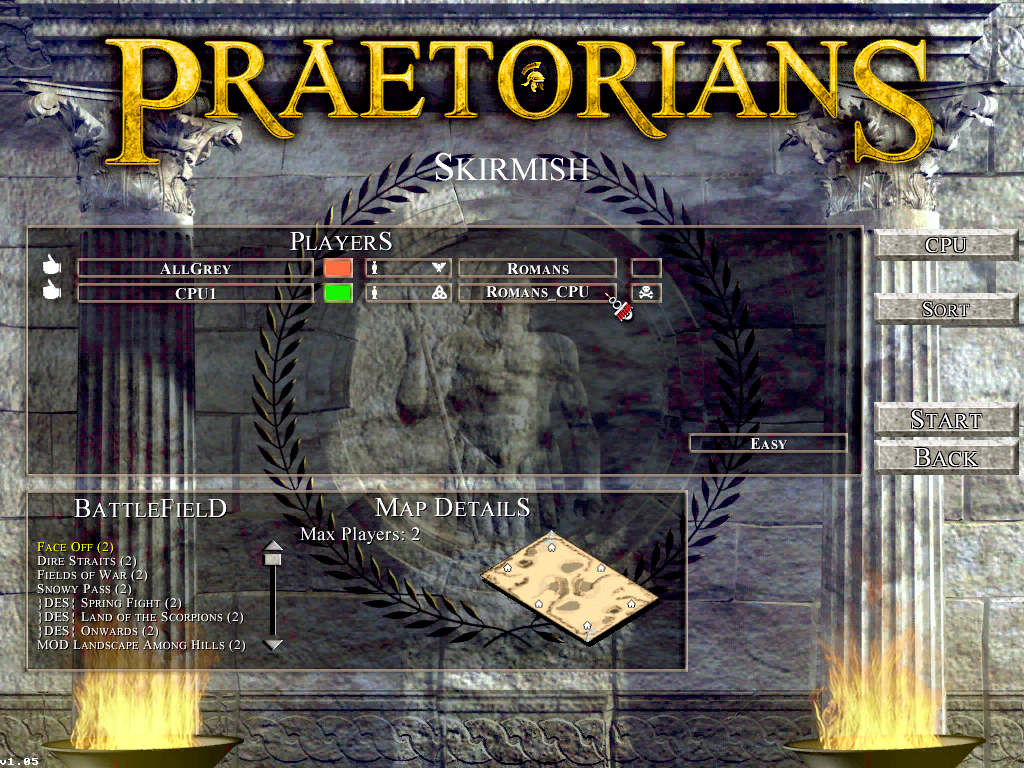