Myst Online an Adventure MMO created by Cyan Worlds has made a shocking new news post stating that it will be now going open source!

Cyan Worlds the developers behind the MMO Myst Online URU has confirmed that the title will soon be open source, giving fans the source code for the servers, client and tools. They have also stated they will host all the files on their data servers. By the sounds of it the community will be able to create server side content and puzzles for your avatar to wonder through, long live the adventure genre! This brings up a few points to talk about: Myst Online may be on its last legs as far as supported content is concerned but how will players be able to separate the wheat from the chaff for custom content? Will we see amazing new stories or will there be an influx of unfinished, broken puzzles? Let's hope for some filtering system or a website similar to gmod.org for sifting through content.

The content will be rolled out in 'stages' starting shortly as stated by Tony Fryman, CEO of Cyan Worlds. And until that point they will continue to support one free online server. Let's just hope for Cyan Worlds sake this new venture works without too much input from the original developers. 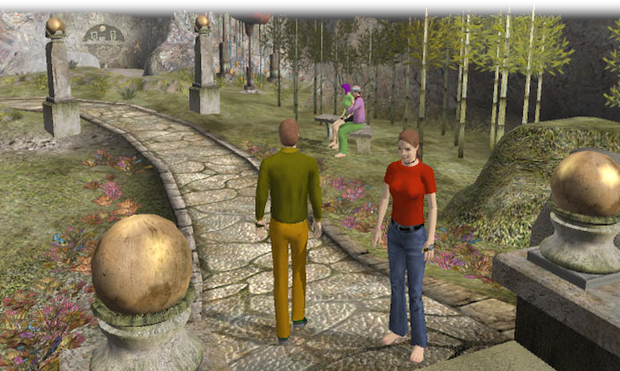 Written in a hurry? Spelling error on line 3, "on their data servers". "Let's" should also carry an apostrophe (last sentence of both paragraphs) ;)

Cheers for that :D

It does sound interesting... could see some competition for some of the ones in the works at the moment, like Stargate Worlds, Star Trek Online... can imagine the lawyers being called right about now.. lol... nice to hear it will give modders an MMO engine to work with though... Thanks Cyan!

Hmm, i never even knew Cyan Worlds made anything after Myst, let alone an MMO. This is very interesting from a writer'S position and I have to look into it and see how you setup storyline in this game and if it'S possible to create some cool interactive fiction with it.

Finally.. my plans to create "World of Borecraft" (tm) are almost realized :)

This is very interesting, with a lot of possibilities. I'd like to see devs. do this to more dead or dying MMOs plus the ability to host your own servers so that they can live on after official support has been yanked.

yes there is a Myst MMO codenamed Uru Live

it first released with Uru: Ages Beyond Myst, but support for it quickly died, and the component was revived later

after Uru Live first shut down, the Live content was released first as a standalone pack called To D'ni, then released with the Uru: Path of the Shell expansion

some few years after the PotS release, Ubisoft decided to revive the Uru Live service


i hope with the shift to Open Source the game becomes free to play :D

Wow, crazy. Some great things could be done with this.

Man, if this works well, it's a little dream come true.
I've always dreamed of having many worlds to explore, or even build my own to walk around in. I love the Myst series, own every part, including the special editions of IV an V, though I'm missing RealMyst.
It's a shame it's kind of tricky to get the earlier parts running on a modern computer, heh.
Damn, I'd really like to get back into URU again, especially as an MMO..