Welcome, everyone, to our first truly huge update. We had a flurry of progress over the past two weeks and are ready to show it off now.

I did some more work on the mall, added in the second floor railings along most of the hallways off the main entrance and into the food court. However, in doing so I ended up causing some compile failing errors due to having too much geometry. I will be working on making the railings and Fountain into models to get that (and the TJuncs) back under control. Until then I will compile the map in parts, so if you see a screen shot where the hallway or whatever its showing just ends abruptly, that is why.

I got the basic look for the spinning sculpture done and into the map. I will embed a short video for it later on. 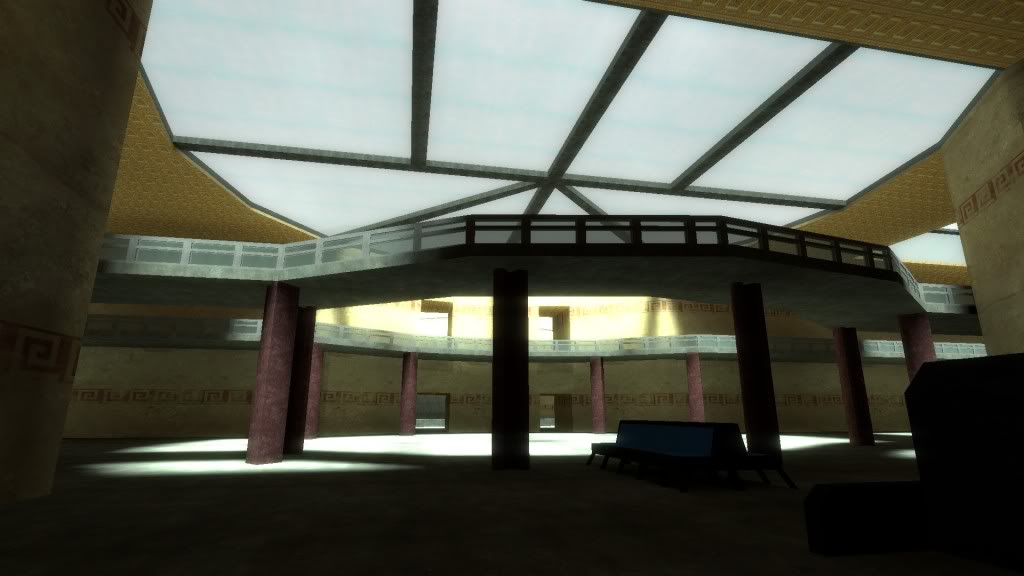 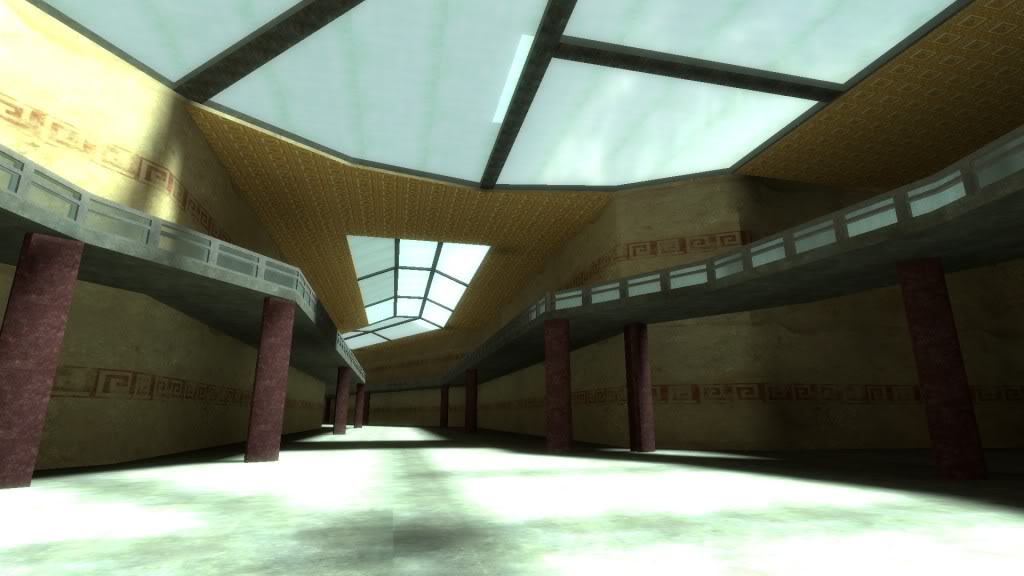 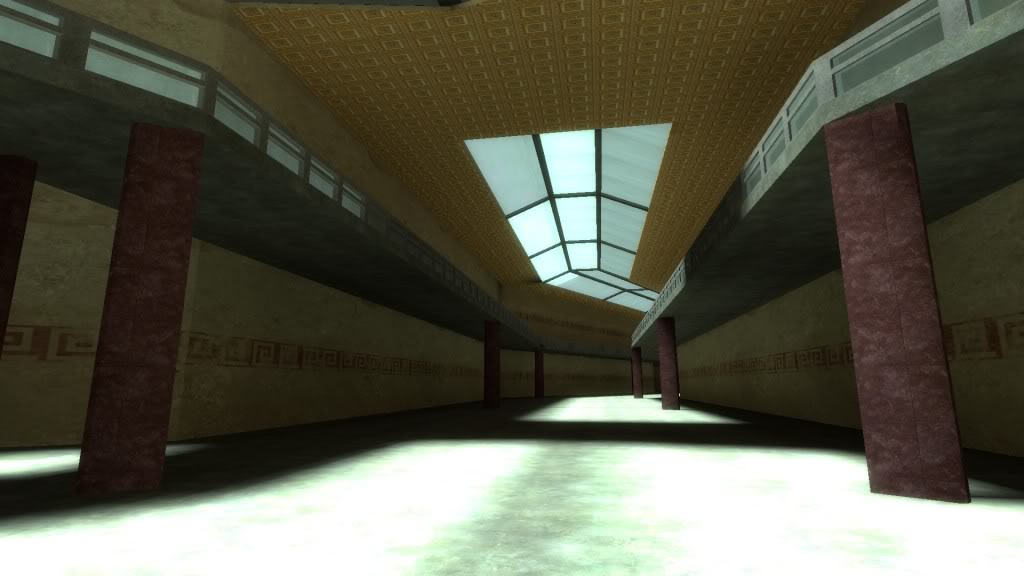 This is, obviously, the main entrance area. As you can see, railings all around now and I remade the half-circular pathway as well, making it more like the opposite side against the wall. 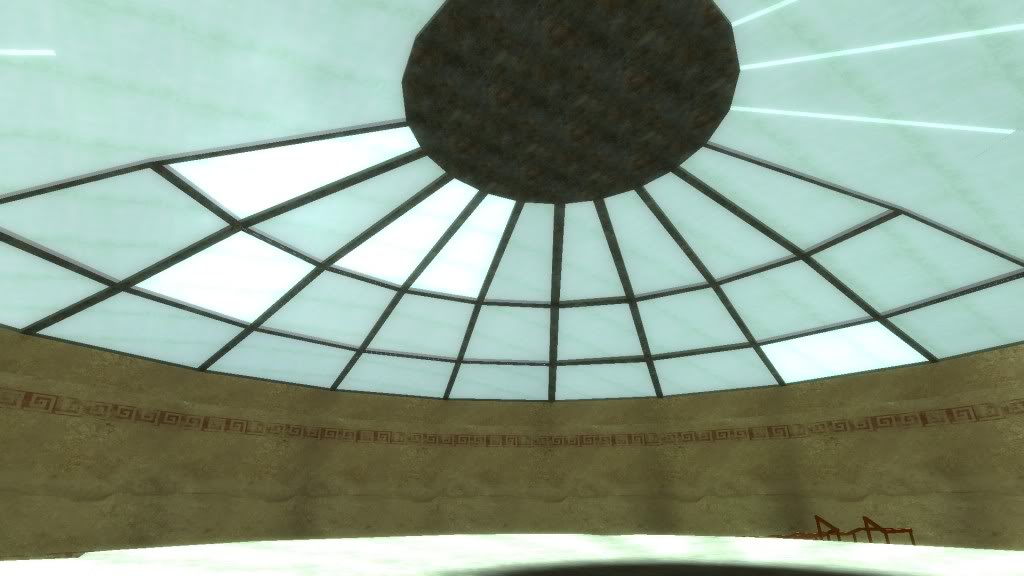 The food court ceiling is about 3/5ths done now. I will have to go back through once I am done and fix some vertex issues from hammer (from cutting the glass). 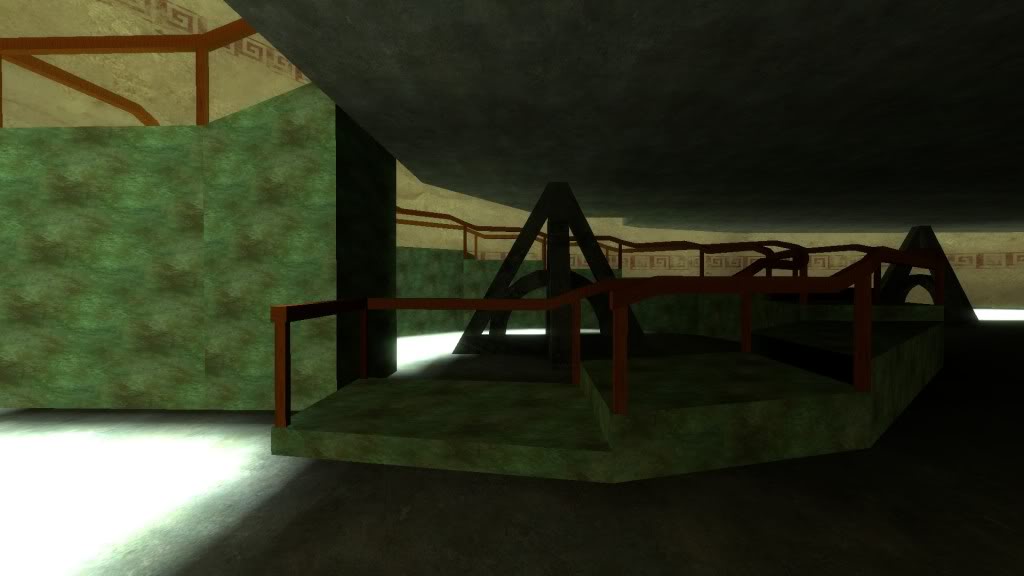 Floor support for the food court. 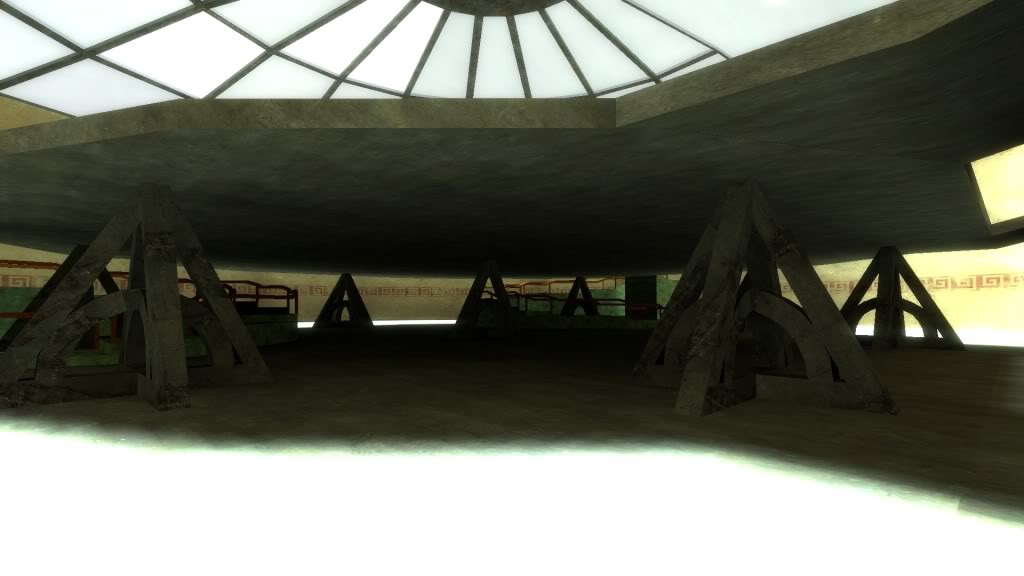 
These Next two images came out a bit weird, the Lgith_Env did not light the areas as it did before, don't know if that was an effect of the Cordon Tool or not. They show the second floor railing that was added in recently in that area. 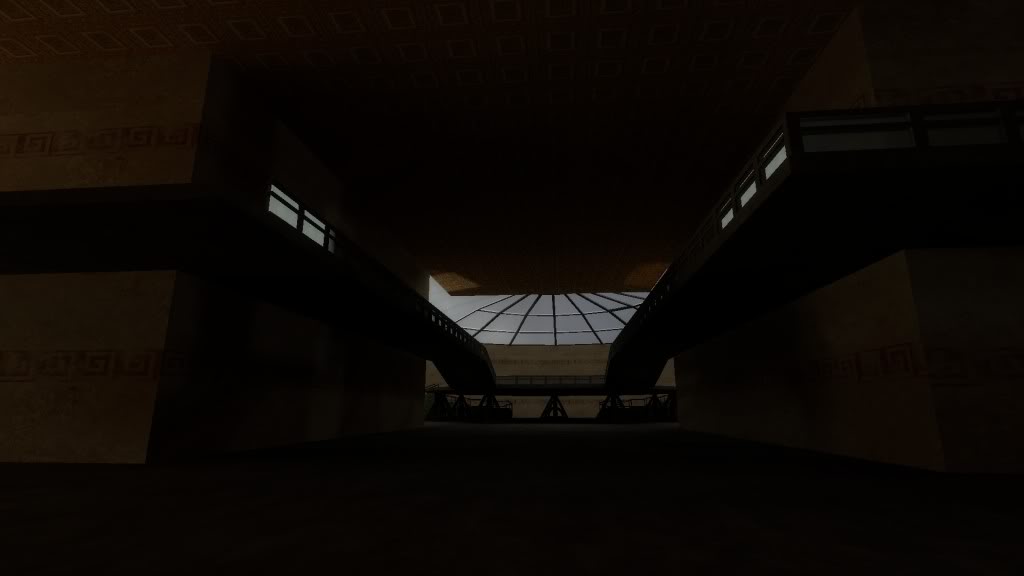 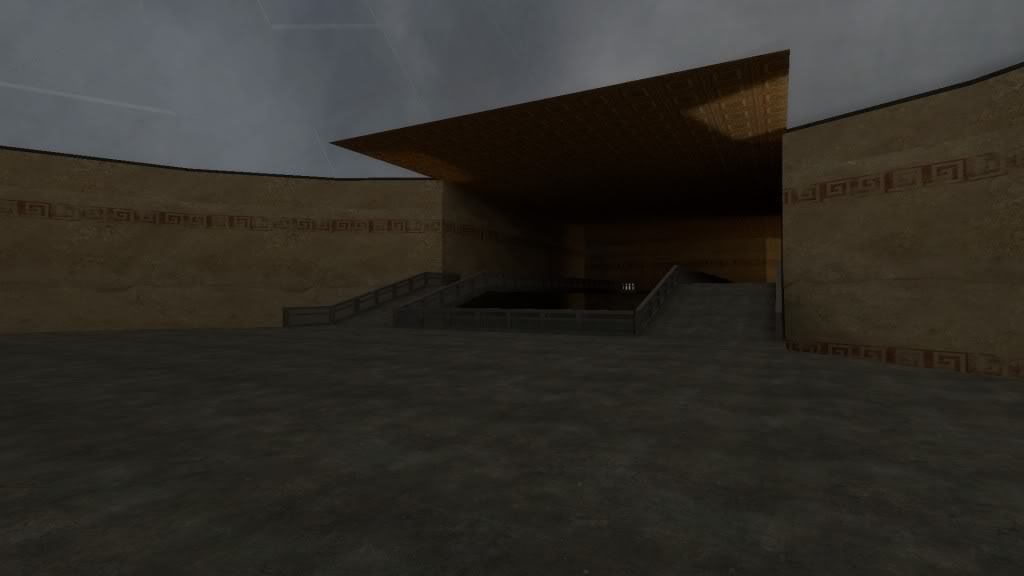 That's all the screen shots for this WPR.

Next up, I guess, will be the Media Update.

We have gotten some music for the mod, we are still in the process of filtering through and deciding upon where things will go. I may have some music for you next week for the main menu and perhaps a few areas. The music theme we are going for is a kind of techno-tech/industrial feel mixed with classical music.

We also have a few new skins, I am still not ready to display them yet, as I still need to ask the authors. Perhaps for the next update.

Currently I have added in only one "new" weapon. I say "new" because it is really just copied code from the Frag weapon. Actually it is a frag grenade, a more powerful version.

This one emits a blue sprite and takes longer to explode once thrown. I modified the warning timer as well so that it takes longer to move to the higher frequency blips. The explosion physics and damage radius will/have been increased and they do a bit more damage at the moment. I may make them a bit more powerful in the end, I only increased the damage by 8 for testing.

I have a video of the nades in action for you:


And finally, the SRC Update.

Over the past week I have been busy going through and making certain systems. I felt that it was about time to explore into making these after having talked about them so much with the rest of the team. So I set out to lern how to get them done, which I did with some help at the Steam forums.

So the first thing I want to bring out is a gameplay update. I have implemented an ADS (Aim Down the Sights) code from the VDC and got it working properly (again with help from some members on the Steam forums). I have implemented this for the following weapons:

I also have a demonstration video of these weapons, and the bullet spread, in and out of ADS mode:

The second, and more exclusive, update I want to show is our HEV Upgrade system. I have completed the PoC of this system and can currently use it to increase the players max health.

The VGUI Panel background image is only a temporary place holder, I am having our image artist work on a proper one for a future update. I am also still working on the panel so excuse the bit of mess in the upper right corner where it displays the suit upgrade parts at.

I also have a demonstration video for this as well:

P.S. This demonstration also includes the first video (for CI) of the HUD Tasklist in action.

why the ironsight is moved ? it would be right.