It's Mod Of The Year again and as we here at Continuum have not been idle we have plenty to share in order to glean votes from all of our adoring fans! :D

This will be the first of three news posts which detail the progress we've made with the TMP era ships, next week there will be less pictures, but more videos as we give demonstrations of some of the new scripts that are now working in the mod! 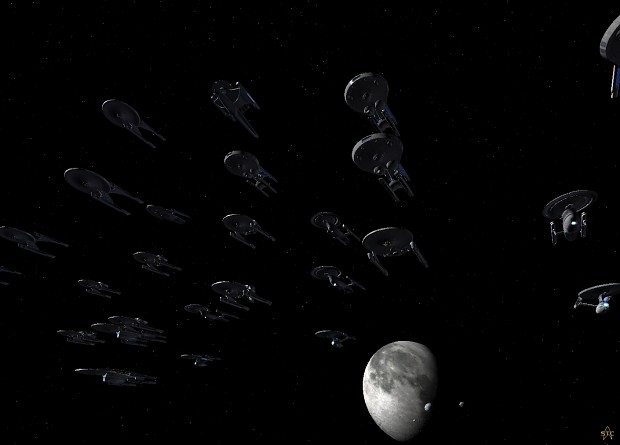 For starters I am going to introduce the humble Oberth class, in Continuum it will serve as your eyes and ears, scouting out enemy locations, installations and keeping an eye on your borders. It is equipped with phasers and is very nimble. 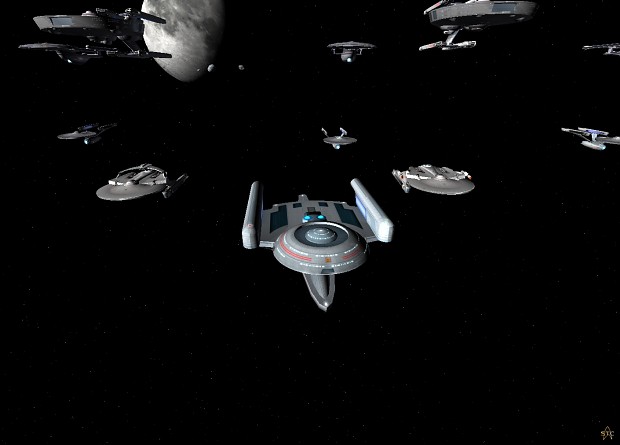 Next up we have the Akula class, this is a lightly armed early game destroyer, it has excellent phaser coverage and a quick turning circle, very good to help protect your resource operations! 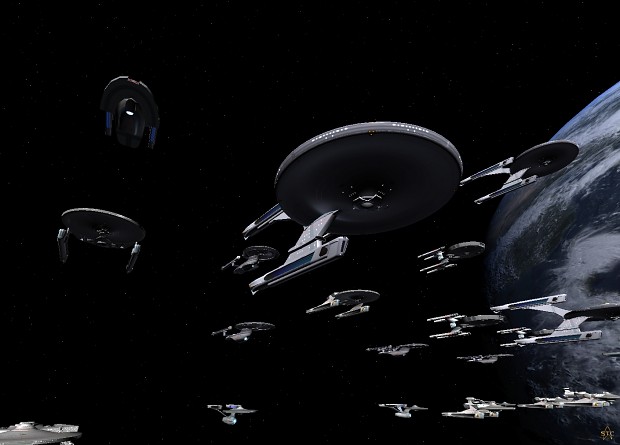 Next up we have the versatile Miranda class, in the series this ship made appearances all through to the Dominion War where it served as cannon fodder. We at Continuum would like to stress that it will not be making an appearance in the TNG era as it's most likely that the Miranda class vessels which were in the Dominion Wars were pulled out of mothballs to join in the battle anyway. 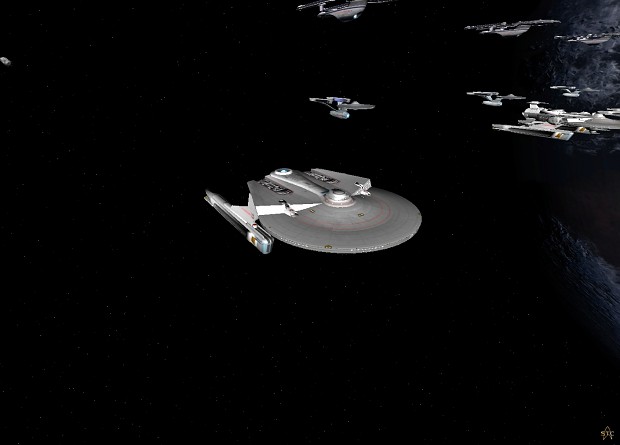 You will note that the Miranda in the image above hasn't got the rollbar on it like the U.S.S Reliant which was stolen by Kahn, this is the base model Miranda! The design was subject to kitbashing throughout the series and several variants appeared, we have given the player the choice of which upgrade to apply to each Miranda, instead of having distinct classes. It operates in much the same fashion as the Nebula class in TNG. The Phaser Cannons are my personal favourite of the three! :D 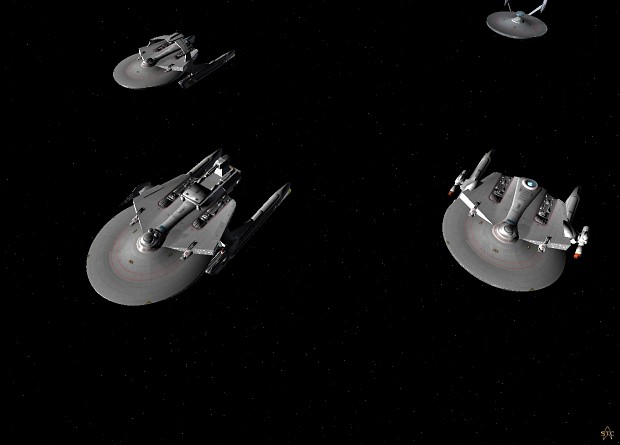 Next we have the Constellation class, this ship entered the Star Trek canon as the first command of Captain Picard, the design pops up again in TNG but never as an active vessel, and you can see that it is an excellent fit to the era. This ship is a mid-weight cruiser, compact and heavily armed. 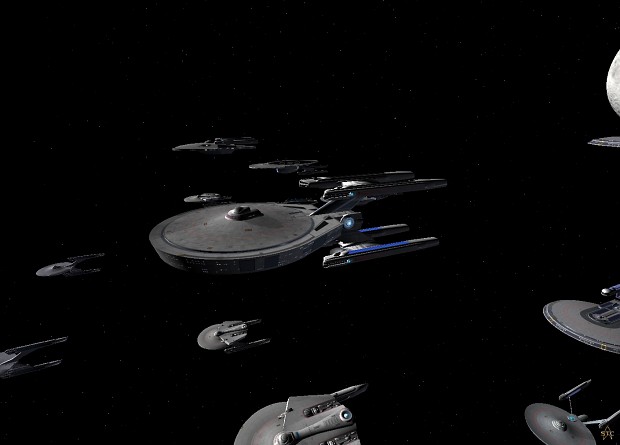 Next up is of course the iconic Constitution class, this refit version was in wide service during the Federation-Klingon Cold War as a competent Heavy Cruiser. You will find it a resilient ship, essential in any balanced fleet. 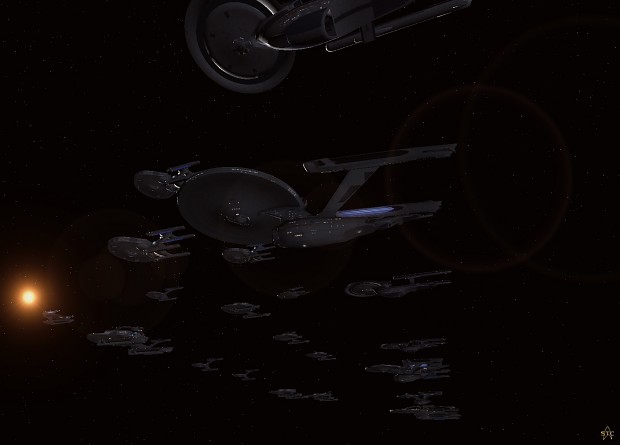 We have also added in the Excelsior class, you would all be familiar with the flagship Enterprise B but the base model Excelsior has made it in too. Expect them to be upgradeable to have the same appearance as the Enterprise and a comparable speed. 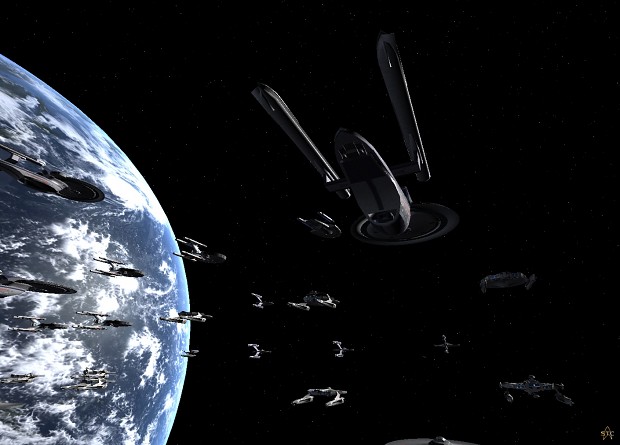 Lastly we have the Midway class carrier, you have all seen the images of it launching fighter squadrons into battle, more on that next week! 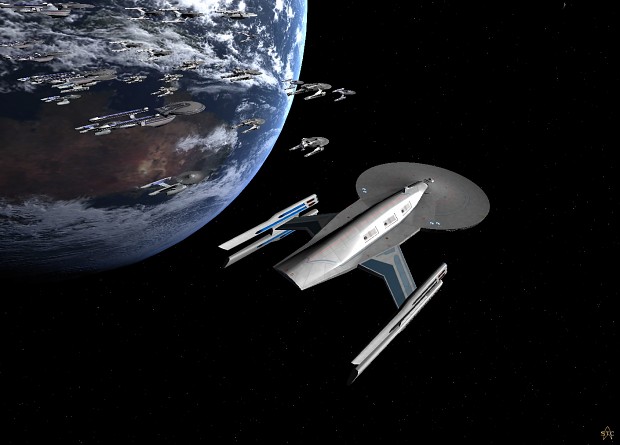 That's all for this post, keep an eye out for our next post where I will showcase the new Klingon ships which have been put in since release Beta was let into the wild!

Don't Forget To Vote! (For us)

It's probably just me, but I can't help but think of the opening intro to Mars Attacks when I see a load of Federation saucer-head ships. =P

Any chance for a recent gameplay video ?

Copied from the newspost above: "[...] next week there will be less pictures, but more videos as we give demonstrations of some of the new scripts that are now working in the mod!"

A shame the Miranda won't be making it into the TNG era :'(

I always loved that ship.