A bit of a long article talking a little bit on mod progress and the like.

PART 1 - What about the video?
We were planning to show a gameplay video a day or two ago, but unfortunately didn't get enough time to get that done. We had finalized our new code for the mod and was ready for showing, but really it didn't seem much to show visually at the moment. Our new code includes three new original weapons, but since they really don't have their own models yet, it wouldn't be really much. Second of all, the map to be put together for the map wasn't really on our priority list. We still can maybe do a gameplay video, but that will be later. 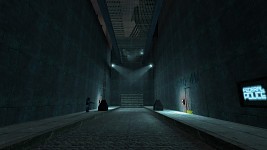 PART 2 - New gameplay mechanics
Introducing new gameplay mechanics will definitely be something new to the mod. These new mechanics were done in the mod's code, although the differences don't seem much at the moment because of the lack of visual content (like said above). Although there is once new mechanic we are adding: cutscenes. These cutscenes will be played when the player walks into a trigger_cutscene on the map, creating a video overlay playing a video cutscene. The cutscenes are to be done to cut down on animating time for the characters (means using Source Filmmaker for the videos is easier than decompiling a Valve model and re-animating them in a program and putting them on a scripted sequence on the map). With that to be said, we still don't want to break the flow of gameplay with the cutscenes, so they will be animated to look like they are from the player's view, and won't look that much different from the main game. Discuss your opinions on this! We like feedback! 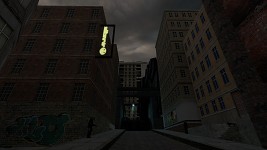 PART 3 - An actual breakdown of the mod's progress
Each month we will update this list showing how much we have finished, and what our current priorities are.

Like we said, we love feedback and constructive criticism! We are open and can take suggestions from the community about anything!

So far, this mod seems like its going well. I wish the best of luck and look forward to play this mod