Here is a brief update on the main features of the game which will help answer some frequently asked questions.

Airships are the pinnacle of technology in Steam Hammer. To make one, you have to accumulate enormous stockpiles of resources and build a special dockyard. Airships themselves are modular, meaning that you can install and remove a variety of turrets, upgrade the fuel tanks or engine (boosting range and speed), etc. Players can use airships as mobile platforms from which to strike enemy strongholds or as formidable weapons in the battle for air supremacy. Don’t forget that they can be shot down or even captured! 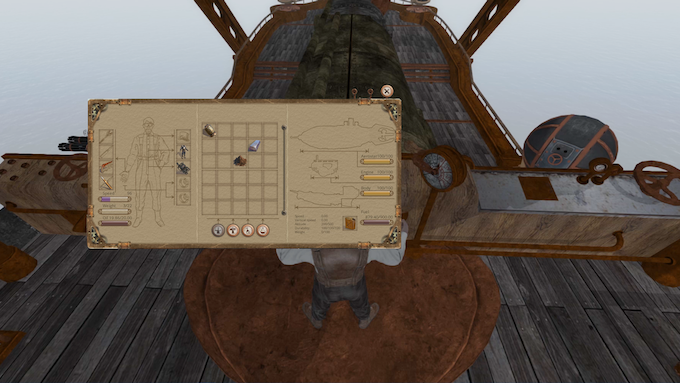 Players lean heavily on jetpacks to fly short distances. They’re perfect for leapfrogging fortress walls, flying over to enemy airships, adding power to hammer blows, and quickly altering lines of fire. In other words, they represent a huge combat advantage. In addition to that, however, jetpacks also let you carry more loot. There are two types in the game, each with their own unique attributes. 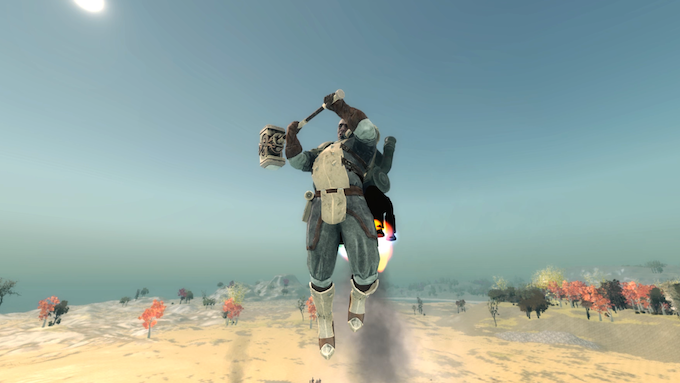 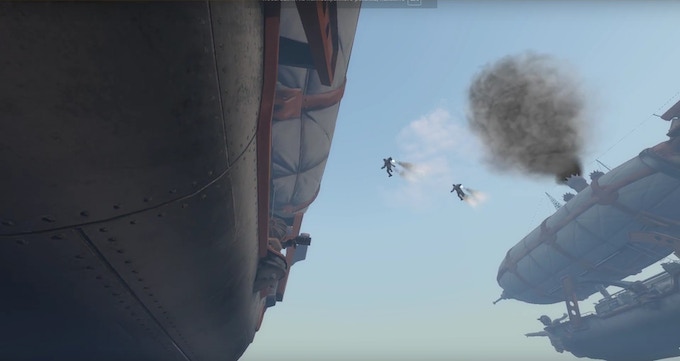 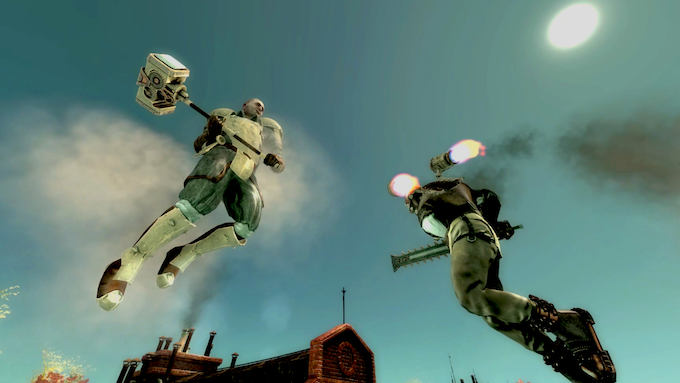 The game has a varied crafting system that includes both mining and production. Some resources can be gathered on the earth’s surface (wood, celebrium, copper, medicinal herbs, clay, and more), and others are mined (iron, aluminum, gold, etc.). Sometimes you have to turn over entire mountains before you have enough of a resource. All resources and crafts have a quality rating—use better-quality ingredients when you’re crafting and you’ll walk away with a better product. All resources can be used to make the items and machines needed to survive in the harsh world of Saol. There’s a ton you can create: from primitive copper shovels to the gigantic factories you need to produce airships. 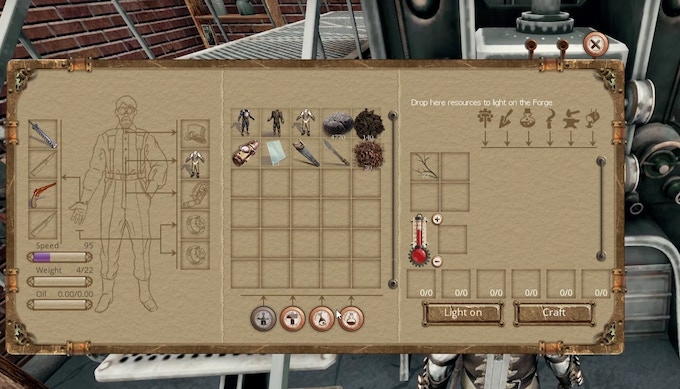 You can also build things in the game: workshops and factories, defenses, homes, and more. Workshops and factories help you craft things, defenses keep your city safe, and you can decorate you houses however you want. All you need to start building is a little crafting and mining to get the materials. Just remember that every once in a while you’ll have to fight off enemies trying to capture your city.

Characters have production and combat abilities that can be improved however you want (until you hit the skill cap). Abilities are leveled up by using existing items and finishing certain tasks: for example, your metallurgy skill is improved by looking for, mining, and smelting minerals. You can decide which skills you want to upgrade to which level, in the process making your own unique character. For example, you could have a metalworker/blacksmith with a little alchemist thrown in or mix an engineer/farmer with construction abilities (hi, Cyrus Smith!). The same is true for combat abilities: you can become a deadly archer, go for a brutal hand-to-hand combat expert, or focus on the ability to use electrical weapons and artillery. On the other hand, you can’t be everyone and everything—though you can decide to forget abilities and redistribute those points if push comes to shove. 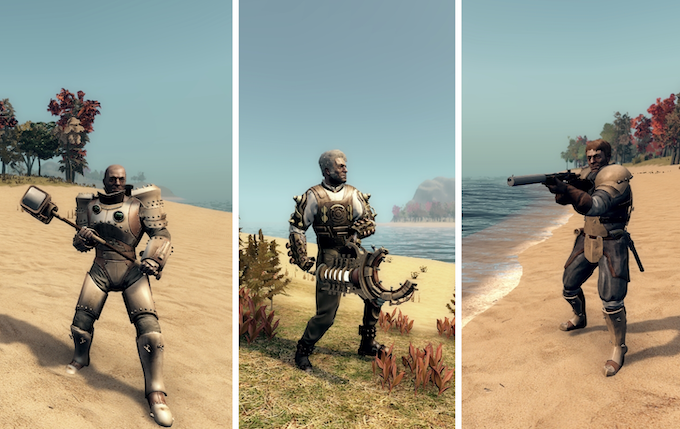 Players can wield edged weapons, electric weapons, or firearms, so one of our main goals is to ensure parity between ranged players, tanks, and support players. One thing that is a significant help in that area is the ability to correctly select armor. Another is the combat ability system that opens when you level them up. Players who fight using edged weapons can demonstrate their skill by deciding where to aim their blows (stabbing from above, from the right, or from the left) and when to block their opponents’ parries. Battles between experienced swordsmen can be absolutely fascinating!