Just a quick update to inform you of some of the changes made for the upcoming 1.2 release. Also note that 1.2 will be the first release specifically for FleetOps

As players, we often forget the "little ships" when we're playing, naturally aiming for the cruisers and capital ships. One such "little ship" is the pIH (Suspicious) Class Frigate. One of the amazing things about the otherwise unremarkable pIH Class is it's versatility. There are no less than four variants in service with the KDF, and two very similar designs (stemmed from the same F5 Class Frigate as the pIH) in use by the Romulan Star Navy.

Due to the difficulty in converting models from Klingon Academy, I used a modified version of the pIH-S Class Science Frigate to stand in for the "proper" Battle Frigate variant. It also differed stylistically from the Cargo Frigate version (which was a model from SFC). Well, after painstakingly remapping the relevant textures, I have rebuilt both the Science Frigate and Battle Frigate using mesh and texture parts from KA. I also remapped the side of the "neck" of the SFC Cargo Frigate model since it didn't look as good to me as way it was mapped on the KA models.

So now, KA2 has the three main pIH variants (the Repair Frigate being a modified Cargo Frigate) all using the same base model, and using the correct model parts as per KA. It's not a huge difference but it does help tie them all together style wise. They all look like they come from the same base design now, as they should. 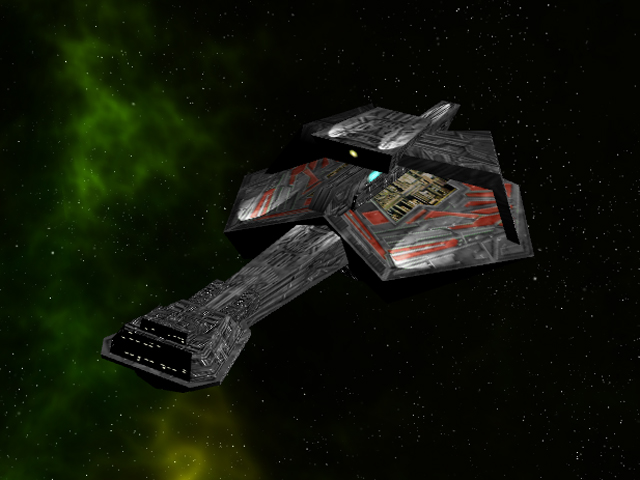 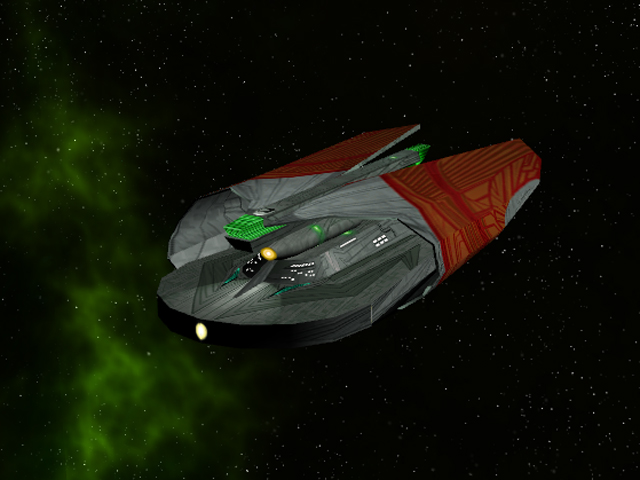 Finally on the modified ship front, I decided to do to the Oberth what I did to the Excelsior; "SFC-ise" it. As with the Excelsior, the Oberth by p81 is a very nice model and very accurate to the series, but KA2 isn't strictly based on the series, ergo I have tried to make the models look like they did in KA. The Oberth in KA had a unique style to it compared to that seen in ST III and in TNG. (particularly the TNG one). Basically, the saucer was of a different design, the warp nacelles had a lighter blue glow rather than a blue-purple glow like TNG version, and the dark blue panels on the TNG version are slate grey on the KA-TMP one. 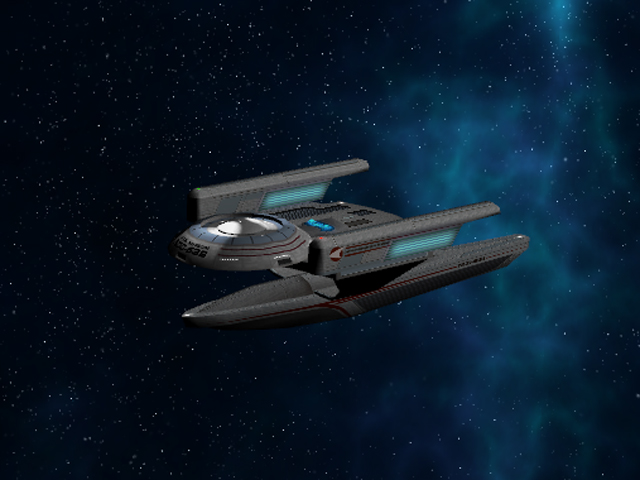 The rest of my work on KA2 recently has been dedicated to fine tuning the way certain special weapons work (now that they can be implemented in a better way thanks to FleetOps code changes) and adding additional map elements.

Firstly, I have redone the CFDIC, QCB and GHRC weapons using the uniBeam weapon. They kill crew, damage shields (and not hull) and hull (but not shields) respectively, as did their KA counterparts. I have redone the Sha'Kurian missile weapons using the uniTorpedo weapon so that the 3d model used for said missiles now functions correctly (when originally made as antimatter mine type weapons, the missiles would not always point in the direction of travel).

The Lyran ESG has been remade to better function like it's counterpart in SFC. It is essentially the same as the GDDS from KA, namely it has two modes, one used for ramming ships and the other used as a defensive shield. On the subject of the GDDS, I have redone the defensive mode (as I did the ESG) using a selftargetting shield remodulation weapon rather than a corbomite reflector. This way it protects against all weapons fire, as it should.

In gameplay tweaks, I have increased the damage caused by Hydran fusion beams, but lowered the range. They are portrayed in SFB and SFC as basically being TMP Borg Cutting Beams. At close range they WILL slice you to pieces! I have lowered the damage caused by the Light and Medium PPDs, as they were too powerful. Previous the damage ratings were Light = 450, Medium = 600 and Heavy = 800. Now I have changed that to Light = 200, Medium = 400 and Heavy = 800, which also better matches the number of pulses launched by the weapon.

For coding reasons I have given the "space monster" ships a crew complement. The reason being that for some reason, unmanned ships will self-destruct after a given time in the A2 and FleetOps engine. Ships with crew do not. I have made the monsters unable to be boarded and unable to board, and altered damage rates so that the crew will not die when it by most weapons. Consider the crew in this case to be "consciousness" , so if it hits zero the monster becomes unconscious. It's the only way I could make map "monsters" hang around for longer than a few minutes. Other races like the Orion Pirates and such work fine as they have a crew.

As mentioned there have been quite a few map changes. I have implemented a new set of planetary rings along side the existing set from the Ultimate Universe mod pack. These new rings use textures from KA, and just add a greater variety of rings to choose from. I have also tweaked a few of the planet textures so they aren't quite so "bright". I find things with a slightly lower saturation to look more realistic than bright, toylike colours. I have also added an extra type of Infinite Dilithium moon specifically for the Qo'Nos System map. Yes, you guessed it, Praxis :) KA2 is set prior to ST VI remember, so, go ahead Klingons, mine away...for now! :P 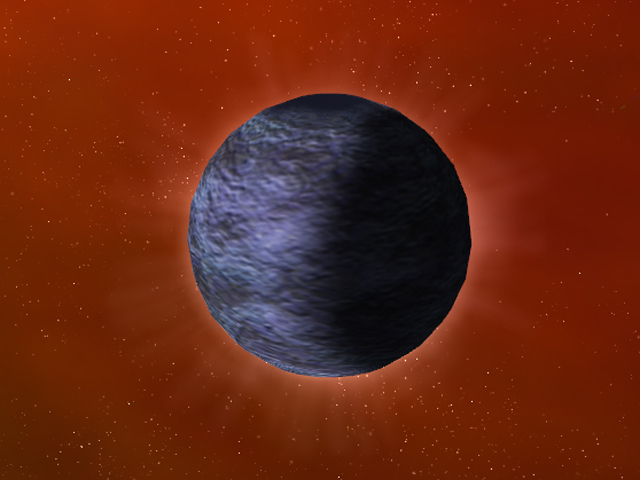 Regarding planets, I also added a new homeworld planet; Andoria. I am considering adding Tellar, since I now have 3 of the 4 founding worlds of the Federation. 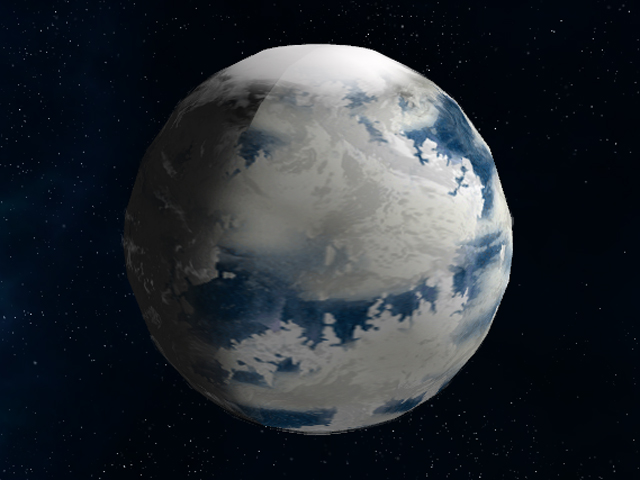 I also decided to add an extra black hole type, as well as changing the existing type. Now you have a choice of a blue-purple coloured black hole, or a red-yellow type. I suppose the colour depends on the matter it is absorbing, and of course the red-yellow type is intended for a map with that sort of ambient. 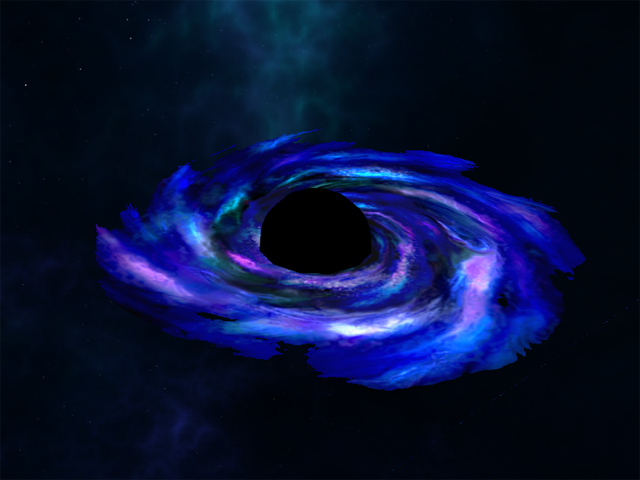 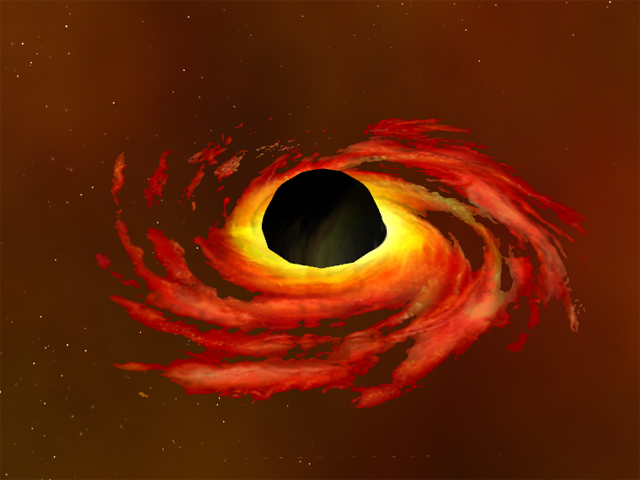