Lots of new features were added during the past 2 months including trading and clerics.

Greetings Xalenians and happy chocolate egg hunting festival to those who do celebrate it!

Last month's development update was skipped due to time constraints. There was also only 2 features implemented during that time since one of them ended up being a rather huge one.

The big feature that took almost all February was the trading functionality between players. This is the first time ever that Gekkeiju has contained such functionality.

The function allows players to initiate trade with other players and then do a secure exchange of items and money without having to worry about the other party running off with the money or items. 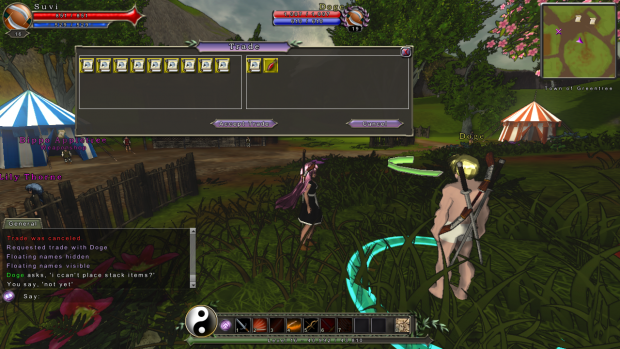 The buyback-functionality was finally added to NPC vendors. Players can now buy back the last 10 items they've sold to the vendors for a limited time. This should help against accidental selling of valuable items.

The Recall-ability has been implemented. This allows players to save a Recall Point by talking to Portal Master NPCs in towns. Usage of the ability will teleport player to the saved Recall Point. 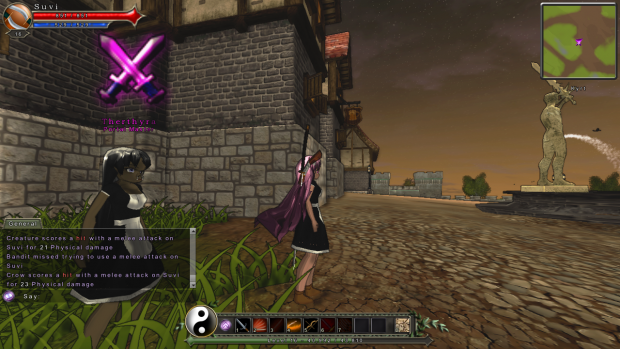 This ability will be really useful once the distances grow even more.

The public sewer dungeon's map got finished and one of the 3 'wings' in it even got monster spawns. The dungeon is now also linked to the world so players will be able to go explore the place. 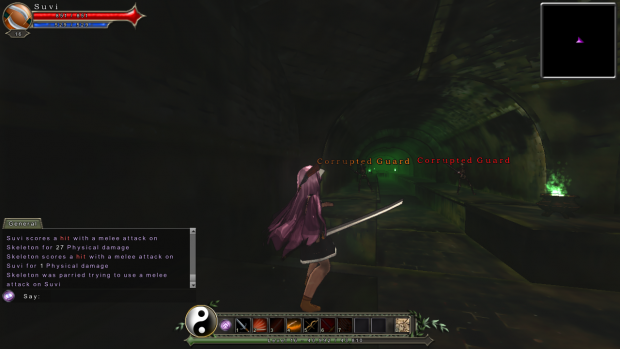 The remaining 2 wings will be populated soonish as well.

The Cleric-class is now available in Character Creation. So far they have only 3 abilities available - 1 attack and 2 different heal-spells. More abilities will hopefully get added before the next public alpha test. 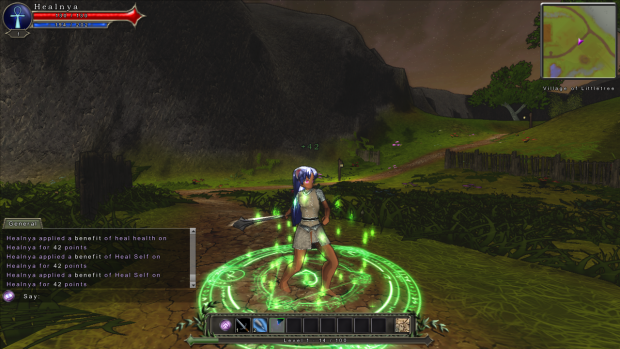 Resistances have long been listed in the stats-window but they never showed the values until now. They're secondary stats that will be checked when performing saving throws against effects such as bleeding wounds, poison, corrosive acid burns etc. On succesful saving throws they'll be able to fully negate the effects of certain effects.

Tooltips were added to the Character-window's primary and secondary stats. This allows players to easily see how much their primary stats contribute to secondary stats, and how all the stats affect combat, healing etc. This should be a really useful feature for all the minmaxers out there.

Monsters and players are now classified in creature type groups. This makes it possible for example for certain abilities to inflict additional damage against undeads etc.

During the next month the work will likely continue on the Clerics and the Sewer Dungeon's monster spawns.

Since there's not too many months left before the next Alpha test some more quest content needs to be added as well. This likely means building the world around Kyrt and adding quests around and inside the town.

All of this stuff looks pretty good.

Player trading and vendor buyback should make some things a bit easier next time, like when looking for a certain crafting recipe when another player has five of them :P

Having tooltips for stats should make it easier to actually know what they do, which is nice :)

Trading will hopefully encourage players to also sell some of their crafted stuff. I'm guessing that if alchemists get implemented before the next alpha then at least healing and mana potions will have a market :)