It's been quite long since the previous update about the game. This has been mostly due the fact that all the time has been spent on porting the game from Irrlicht to Unity. The work has so far mostly been on the internal parts which means that there hasn't been that much to show.

However, here's now a small list of what is operational and how things have been progressing so far. There have also been some gameplay affecting changes that will be detailed as well.

So far the Unity-version of the client can load up most of the map format. This still excludes dynamic animated objects like water wheels etc. Also the foliage is missing as well. 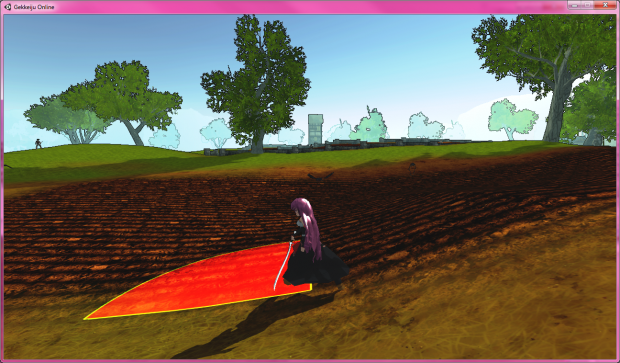 Player movement is now much smoother than it was before thanks to real physics engine. This also allowed jumping to work much better and look synchronized between players. NPCs and monsters also show up and move around smoothly.

So far also the chat channels have been implemented. The new chat window can be scaled easily by dragging around from the upper left corner which increases the user friendliness a lot. 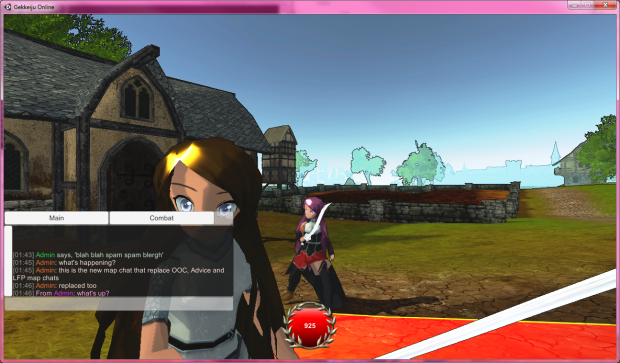 Currently the work is mostly being directed towards getting the skill execution and combat messages working. This will also allow some changes to be made to the combat system. 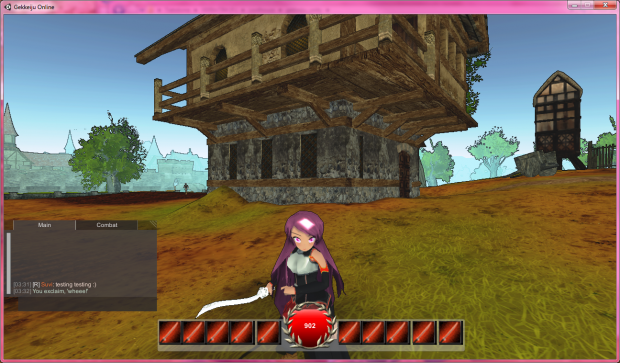 New versions of the game almost never happen without some other major changes even to the gameplay.

This time the game is taking steps towards more PvP-oriented gameplay and also borrowing a lot from MOBA-style games. The reason for this is the fact that Gekkeiju's combat and PvP have always been pretty boring in the end. With these upcoming changes the plan is to step up the game.

In the future the game will offer an external PvP-system that allows players to jump right in regardless of their progress in the PvE-content. This will increase the playability of the game even after players have gotten annoyed or tired of the PvE.

Thanks to these PvP-changes the skill-system will also change slightly. The plan is to make certain skills "mutate" based on the wielded weapons. For a long time weapons in Gekkeiju have had no real differences other than how they look. This change will make all weapon types work differently for each character class - thus increasing their usability and adding more ways to customize the character builds. For example a hammer might stun players while a dagger could add damage over time bleeding to the target.

You may also have noticed the lack of the energy/mana-bar in the screenshots. Since our skills have cooldowns already it was decided that the energy isn't really necessary any longer. However, different classes will still have their own energy-meters in the form of the combo-systems.

All in all, there's some very interesting changes coming up. Stay tuned for more!

The Public Alpha Test sign up has opened. Also lots of new features were added to the game.

The next Public Alpha test date has been decided. Also some new features were implemented.

Lots of new features were added during the past 2 months including trading and clerics.

It's time for the first update of the year! The past month was really busy with the public alpha test weekend.

Any news? I've tried messaging suvi on FB but no answer. It would have been nice to have a grind-ish game.

Yea sorry, I don't check this site that often at the moment.

There's not really any new news so far other than I've been evaluating different engines and technologies, and considering whether I'm yet ready to return to this project. The 15 years I spent on it burned me out pretty badly.

The old version of the game is currently down since the ancient firewall finally died and I haven't had the time yet to reconfigure all the old servers' ports in the new one.

This site is probably the first place where I'll post whenever there'll be some news one day :)

I played Gekkeiju many years ago and never had any interest in the VR update. I found the game charming, and appreciated the fact i could run it on any pc. Would love to see a revitalization of the game. I woke up this morning wanting to play haha

Sadly I'm fighting against all odds here x) The host that used to keep Gekkeiju's installs just suddenly ended the service with no notice so not only did I lose the host for the files but also all the years worth of screenshots from the game.

Teaches one to trust cloud storages I suppose...

Anyway right now the bigger issue is that the new firewall still hasn't been configured so even if the files were made available you wouldn't be able to play.

I really think that if this game is re-release with propre advertising a lot of player will play this game because even in 2019 this game has a combat and equipment system which no other games has and is not pay to win. Only think old gekkeiju need is more boss for raiding and more unique item which is very rare to get. The think that i didn't like in the new gekekiju was that an item is bound to a character if it already been used and lack of open world for pk and also level was more important than equipment.

I agree with your concept, more bosses, a bit of of sprucing up, and there is a solid game. I would play even the old version for the feeling of nostalgia. Hopefully we can get a reply, If not I was going to look into getting into making a similar indie game setup.

The old version can possibly still be brought up for some nostalgy kicks whenever people toss me a message in the game's facebook group.

When I say possibly, this is because there were some problems with the server hardware earlier this year and the replacements pretty much wiped out all the port settings of the old server so getting everything up and running would take a while.

The messages are disabled on the facebook page. Otherwise I would have messaged a while ago.

ok thanks a lot for your reply, now i understand more