Hey all, sorry for the few days late update, needed some extra time to get the mall ready to be shown.

Hello everyone, thanks for sticking with us for so long. I decided to mix this MPR up a bit and have a few extra screen shots since we were late this month, D: I only have one shot from the mall as it is really the only area that is close to viewable at the moment.

I also changed a few things in the Underground map for the Combine Bunker and will have a screen shot from an area not yet shown. 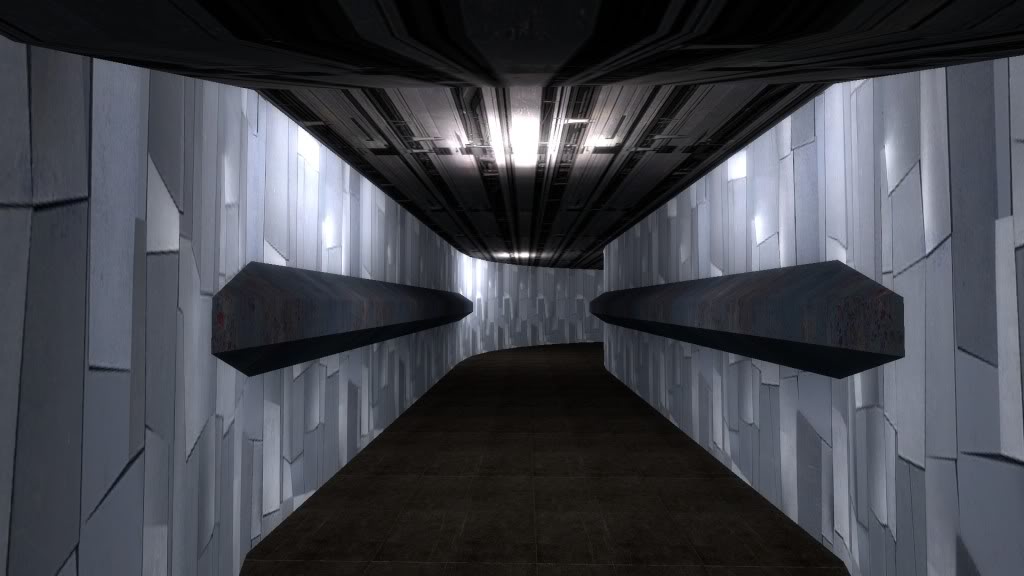 I have not shown this place yet as it was still under construction, but this is a hallway at the beginning of the map after you leave the first map of the Bunker. The parts sticking out at mid-wall will also continue around the curved section and to the end of the hall, but I am having issues getting it just right so Hammer doesn't mess with the verticies. 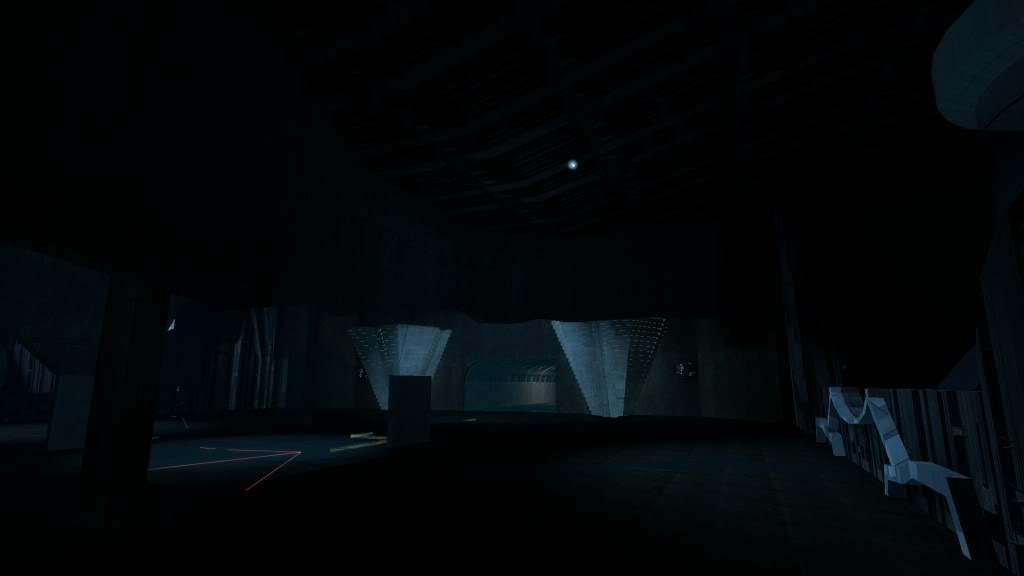 I was trying to figure out which side of the map to take the screen shot from, I think this got a large portion then it would have from the other side. I added in some ambient lighting, although it maybe hard to see on this image. 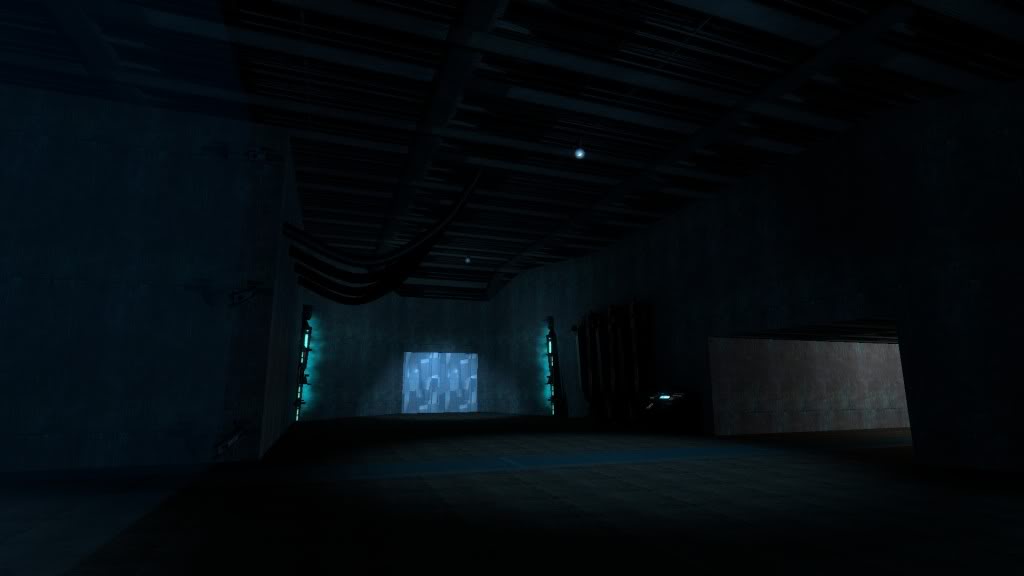 I do not think I have shown this side of this area yet. I added in a few things to this area of the map. The shield wall and terminal/generators and.... 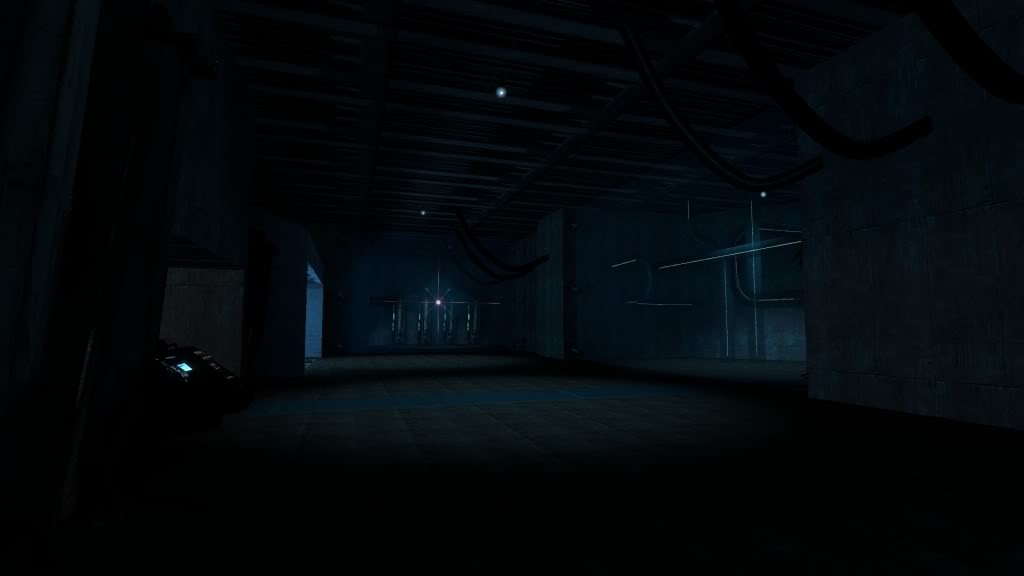 The generators you see at the back of the room. I also changed the shield wall texture with glass for the energy conduit/core sections and added some ambient lighting here as well. 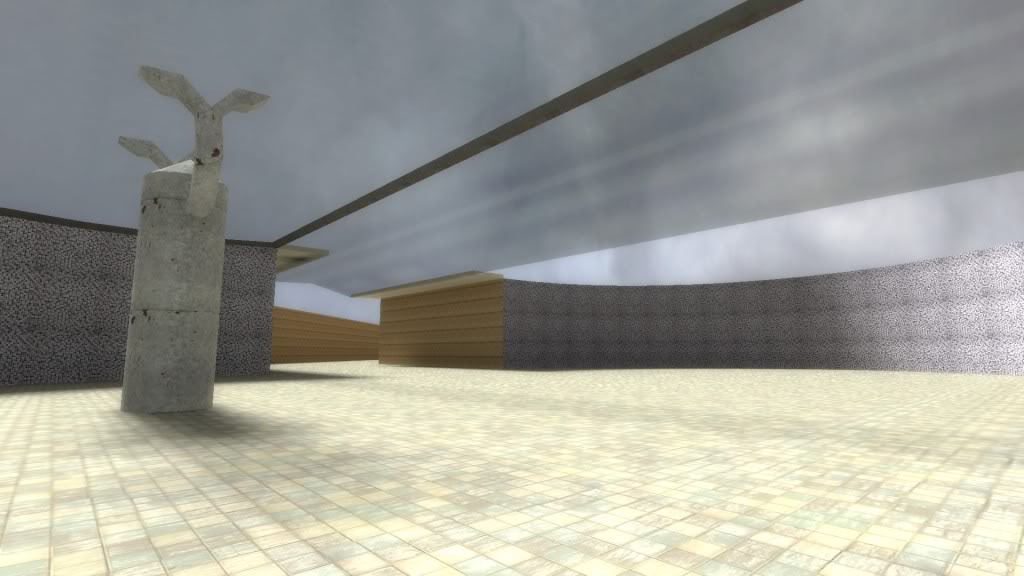 I know I have been saying I was going to get the new mall ready for screen shooting, but this time I have proof! :D albeit very early proof <_< I am likely to scale this area down in the final version. it is still a bit too large for my liking. The structure you see in the left of the screen is a support for the glass roof as Hammer screamed bloody murder if I tried to embed any kind of support structure (you can't tell from this screen but it is slated slightly).

That is about all I have for this MPR. I opened up MSVS for a few hours and worked on a bit of code for the HEV system but nothing substantial enough to release a full blown update for. I may get more into that later on in the coming months, however.

Thanks for following CI!

PS:
I almost forgot; for those of you wanting to alpha test the maps, please sign up for an account here:

Also sign up at our forums with the same user name as on the bug tracker so I can add you to the alpha/beta tester group.

combine areas are high and long, but never wide. consider that when mapping combine architecture, thats what bothers me about the two first pics, but keep it up! Im curious to see what has yet to come! :D

First off let me just say that I take an interest in this mod simply because you listen to what people have to say and try your very best to improve every update. I respect that, and I applaud that. If only more developers could be like you. Now, your work is getting better, and it's defiantly starting to show itself in presentation. That said I wouldn't just tell you that your doing great and that's that, I do have a few suggestions and complaints.

Starting off I still think you need to work on layering your rooms, however I don't think I explained it correctly in my previous suggestions. For example ledges and balcony's would improve these areas quite a bit. Drop offs and voids would also look very attractive.
Example - Google.com

Like I said before blocky rooms are never friendly on the eye. Mix it up a little. Also try to tighten the space between the rooms, as it seems to be a little big. Just look at Jike's suggestion.

Finally on your transitions into the hallways and other rooms (just do what HL2 did and) place doors and make high ceilings. As a matter of fact you could make your hallways very similar to the area before the reactor core. Eample - Youtube.com

You should seriously start taking reference shots of the citadel from EP1 and base your architecture off of that. Anyways, good job, these are major improvements from last time.

I completely agree. I just have a few things to add.

In pic 1 the textures really don't seem to go together and it seems a little empty. Try changing the lighting to the citadel's dark cold blue to make it blend better. Also combine hallways usually have breaks in them like a half arch switching sides (best description I could make). Also, every light needs a light source.

In pics 2, 3, and 4, try to break the room up a little. For example, when messing with the floor, try making the center area a little lower, or have glass covering some energy pipes, etc. Maybe try making the ceiling not flat too, it will make the room look much better.

As for the mall, remember to make something to hold up the glass (arches, frame, etc.)!

Other than that, good job! This mod has potential.

The last map seems to empty, add props.
And well, you are growing as a nice mapper, everything that you do is always getting better and better, I hope you release the mod in not so much time :)