We fix up a lot of bugs, re-balance some modules, and give you some exciting news about our upcoming beta test!

Posted by matthewdryden on Nov 3rd, 2009

Here we are again!

We at Mod Fidelity want to thank you guys for sticking by us through our ever-so-long development cycles. We appreciate that you stick around even when we're not telling you what's going on behind the scenes.

Today we release Modular Combat v1.76b. This is a series of bug fixes and re-balancing that will help ease the pain for our players as we get v1.77 out the door!

As short as this list is, we expect that these changes will improve gameplay all around. Especially since these few bugs can cause major havoc on the servers.

We have been working feverishly on the next version of Modular Combat, and the time is nigh for an on-going beta test. We have secured a server with the wonderful people from Nuclear Fallout Servers, and will soon be opening our doors to roughly 25 hopeful applicants! 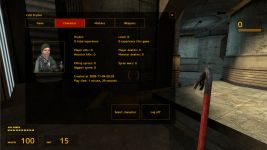 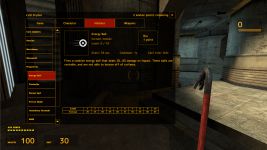 What qualifications do you need to be a beta-tester?

Modular Combat, and Mod Fidelity, have always been about the community. You should be active in it, you should be good friends with people in the community. So go join the forums! Work on our wiki! Get to know everybody, introduce yourself!

Beta-testing will be ongoing for the next few weeks as we make the final preparations for the release. It will be up to you, the beta testers, to make sure everything plays out right!

Check out the Modular Combat Wiki!

Our players have been hard at work on building the MCW up from scratch, and it's turning out to look really nice! If you think you have something you could contribute, go ahead and sign-up! All help is welcome!

Well, thanks again for being as awesome as you guys are! We'll be keeping you updated!


Until next time, don't forget to be awesome!

That, it most definitely is!

does this mean i can no longer teleport to the ar2 spawn on resistance.

We blocked off a lot of spots. Hopefully, we got them all.

Ah, thanks for the catch! It's been fixed.

I'm happy to say, I LOVE this mod. I haven't played it in awhile now because of all the newer games out but I always come back to it in the end. Plus, it's just damn addicting to play it.

I can't wait to see what the next big update brings about...

It's going to be amazing. You won't believe how awesome the upcoming release is!

You will be able to punt cars, but you will have to charge up your Gravity Gun to do so.

I can't comment on the level max, but it is something that we have considered.