The standard light bomber of the Earth Alliance, the Aetna, has recently undergone a number of upgrades. It's time to sum up the results.

"The Aetna is the EA light bomber, quite similar to the old Athena class. Unlike the heavier EA bombers such as the Peregrine and Leda, the Aetna does not carry bombs but instead carries missiles designed to disarm and disable its target, allowing the bigger bombers a clearer run on their target. They also have a limited dogfighting capability which allows them to act as a heavy fighter when not pursuing a larger vessel."

The EAB Aetna
As smallest bomber in the EA fleet, the Aetna has the role to weaken big ships by destroying their weapons subsystems, thus allowing heavier bombers like the Gagana to finish off the target. If necessary, the Aetna can engage fighters, but it's not the kind of asset supposed to come out victorious from such a scenario.

A time for upgrades
All work had to start from the previous Aetna mesh, which has been in Inferno's modpack for quite a few. 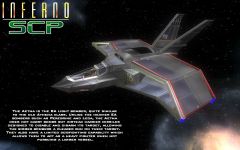 Rampage, who upgraded the mesh, preferred to redo it from scratch instead of editing the old model. 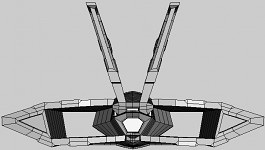 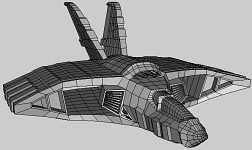 With the modelling partially done, it was FreeSpaceKing's role to work on the textures. Initial results were truly impressive. 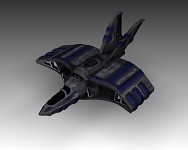 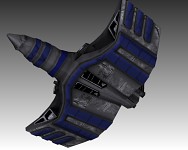 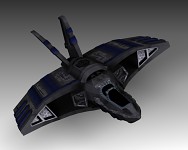 At first we thought the upgrade was nearly complete, but FSK amazingly pushed the textures to the limits, effectively leaving the team impressed. 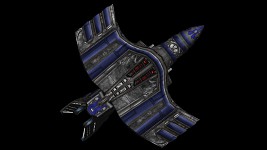 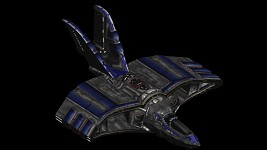 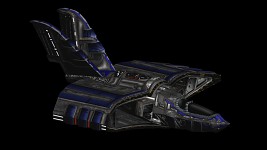 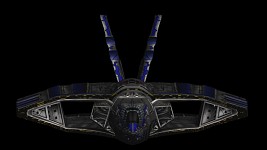 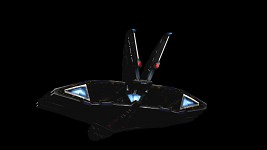 It's impossible not to appreciate what Rampage and FreeSpaceKing have done.

Final touchups
As you have noticed, only the cockpit's missing. It hopefully won't be long before we post pics showing it off, so stay tuned! 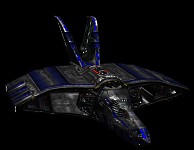 Amazing update on the Aetna!

Very sharp piece of work there !

nice texturing! are the authors here on moddb?

Unfortunately no, but they'll eventually join the site in the future.

pardon my ignorance: que what program use to draw objects?