How are you guys doing? I'm doing pretty well. I've just hit another milestone with development, as I've completed all of the required maps for the mod. The new intro sequence is done and I'm now going to start the second detail pass process. I'll be going silent again for a few weeks as I move through the mod fixing issues and making things look prettier.

With the new intro sequence, It became necessary for me in light of the lore and feel, to develop some kind of night vision / Combine vision replacement for the flashlight. It didn't seem fair to me that the other Metrocops got these really nice looking glowing goggles during the intro sequence, and the player was stuck with a flashlight.

So I went and whipped it up and it looks great. The utility of it extends beyond that of the intro sequence and makes it easier to see a bit later on during the underground sections.

At first I developed it as a fullbright mix, but I wasn't happy with it at all. Fullbright night vision is so yesterday. So instead I've modified the dynamic light that is projected, and applied a hue with an overlay to create a unique Combine spin on night vision.

Think of it like a kind of Combine infra-red, with the goggles sending out some kind of Combine light which then bounces back into the goggles to display the environment. My only gripe is I can't get it to project onto the player's viewmodel - for me this isn't a big deal. I'll see if I can fix it later.

Not wanting to give too much away I'll only share a few pictures: 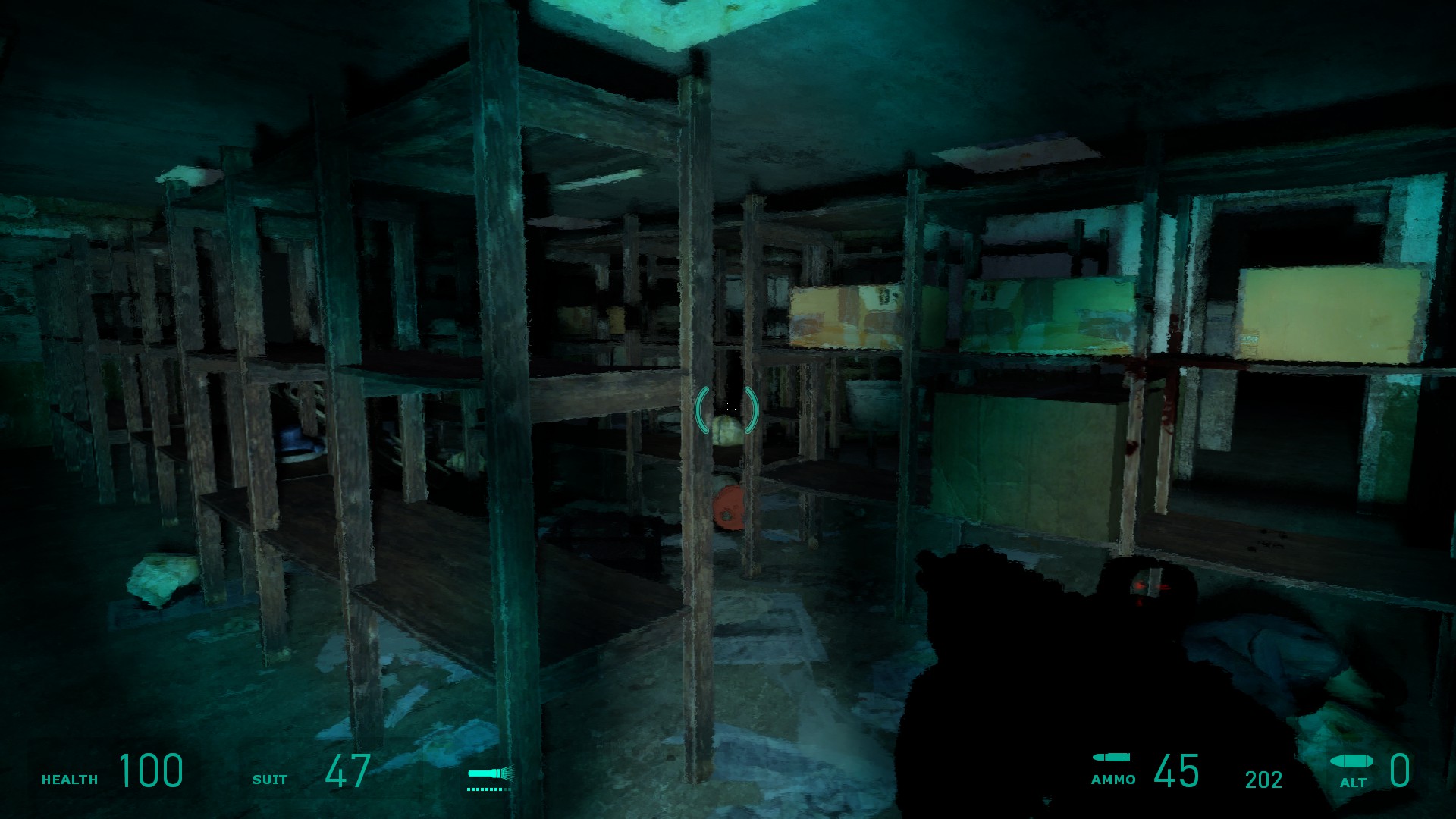 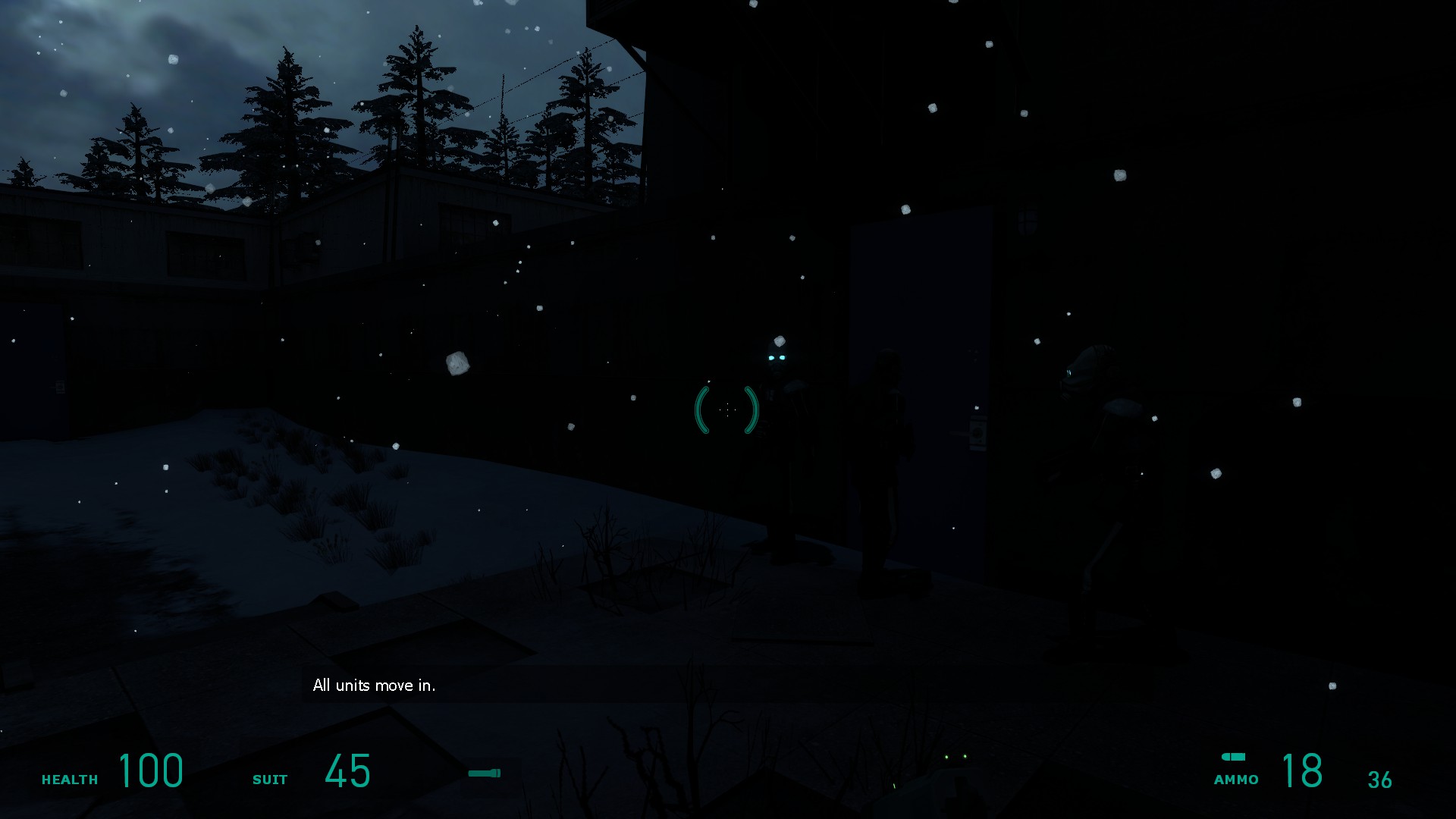 The intro is brief, and is designed to teach the player one thing - bullets hurt.

Sorry I can't give you more yet, but I've got to nail this second detail pass and get onto Beta testing.

Thanks for the continued interest!

The Nightvision looks lit af (<- see what I did)

The nightvision idea sounds awesome, keep it up!

Nightvision looks pretty amazing, at least from what you've shown on the screenshot. Also, I'm not sure if you've thought about it, or announced it before, but have you considered adding your mod to Steam Greenlight? It has great potential.

I want this on Steam. Greenlight is no longer a thing if I'm correct?

I've been looking at the legal bits today in fact. Once this mod is ready to go, I'm taking down the Steam route.

Greenlight still shows up on Steam, so I dunno.

Hi breadman! When your mod is gonna be on steam ( i hope so) is there gonna be achievements? :)

sorry for my bad english, i'm just a french fan of your mod and watch all the news here and on facebook ^^

To be honest, I'm not sure yet. I think achievements might be a 'licensed' feature - but I'll take a look after Beta.

Sir, you inspire me to make a game of my own. I am so excited to play your game!

If you don't mind me asking, is there any difference between this nightvision idea of yours and a custom flashlight texture that project onto everything in your FOV? I'm just a bit confused as to what makes this idea better than fullbright nightvision with a blue animated overlay texture.

I like it because it's different. I don't feel as though I'm just slapping a fullbright command into the mix. I tried the fullbright method first and it didn't look very nice.

FB makes everything look plain as it culls all shadowing. This approach keeps the shadowing, and looks different whilst achieving its purpose.