Here is the fourth update release of the mod. V1.7 brings new weapons, new animations, some new sounds, and a new script. This is a full version, so there is no need for the old ones, just install it and you're good to go. Also, this is a savegame compatible, just remember to re-select your class.


Here is the fourth update release of the mod. V1.7 brings new weapons, new animations, some new sounds, and a new script. This is a full version, so there is no need for the old ones, just install it and you're good to go. Also, this is a SAVEGAME COMPATIBLE ! , just remember to re-select your class before loading your save. 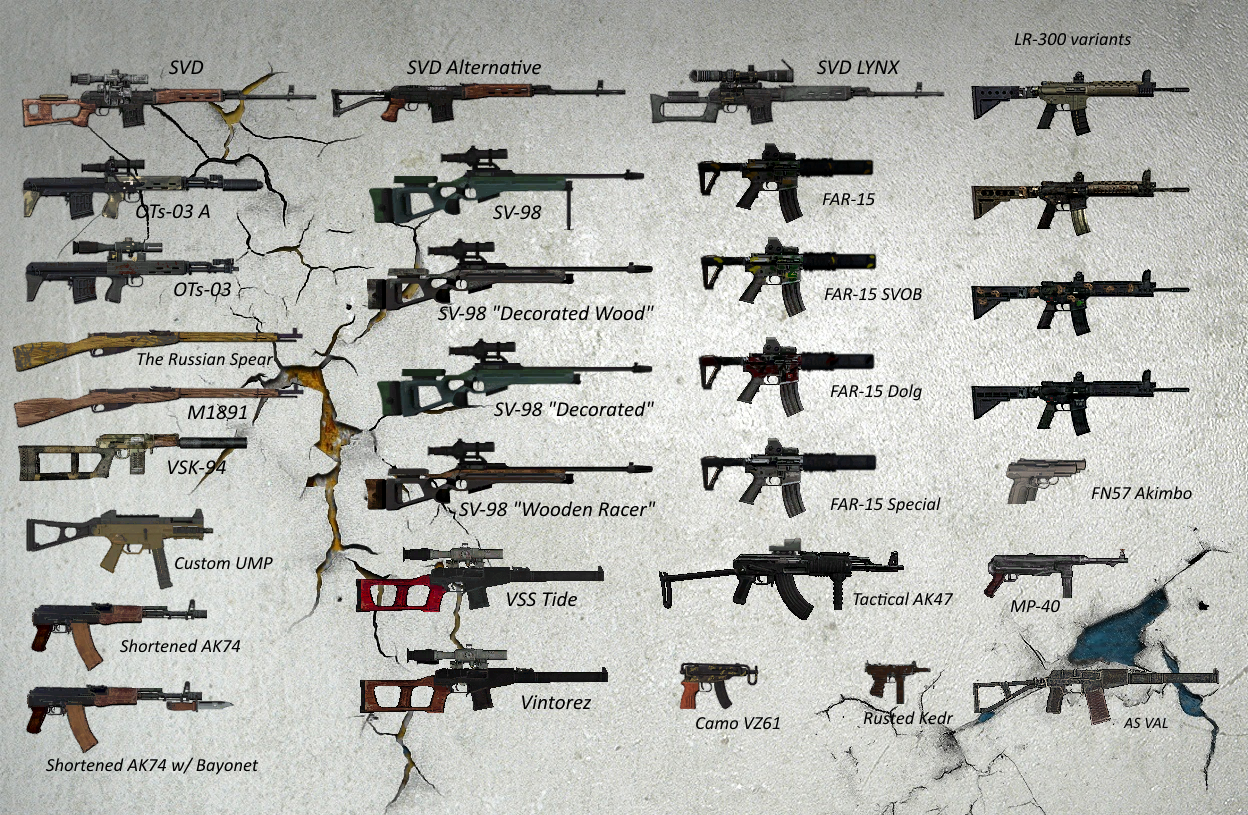 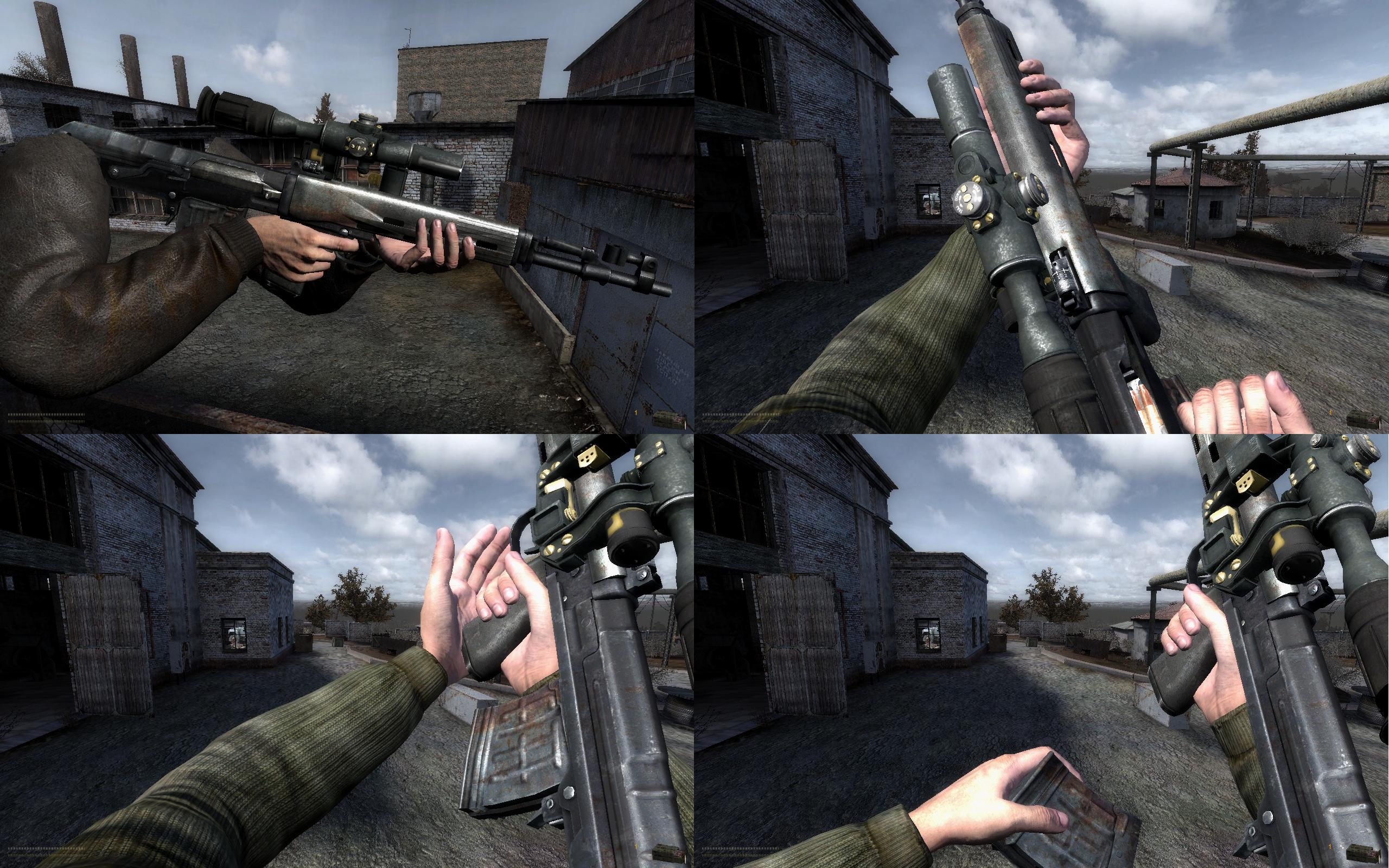 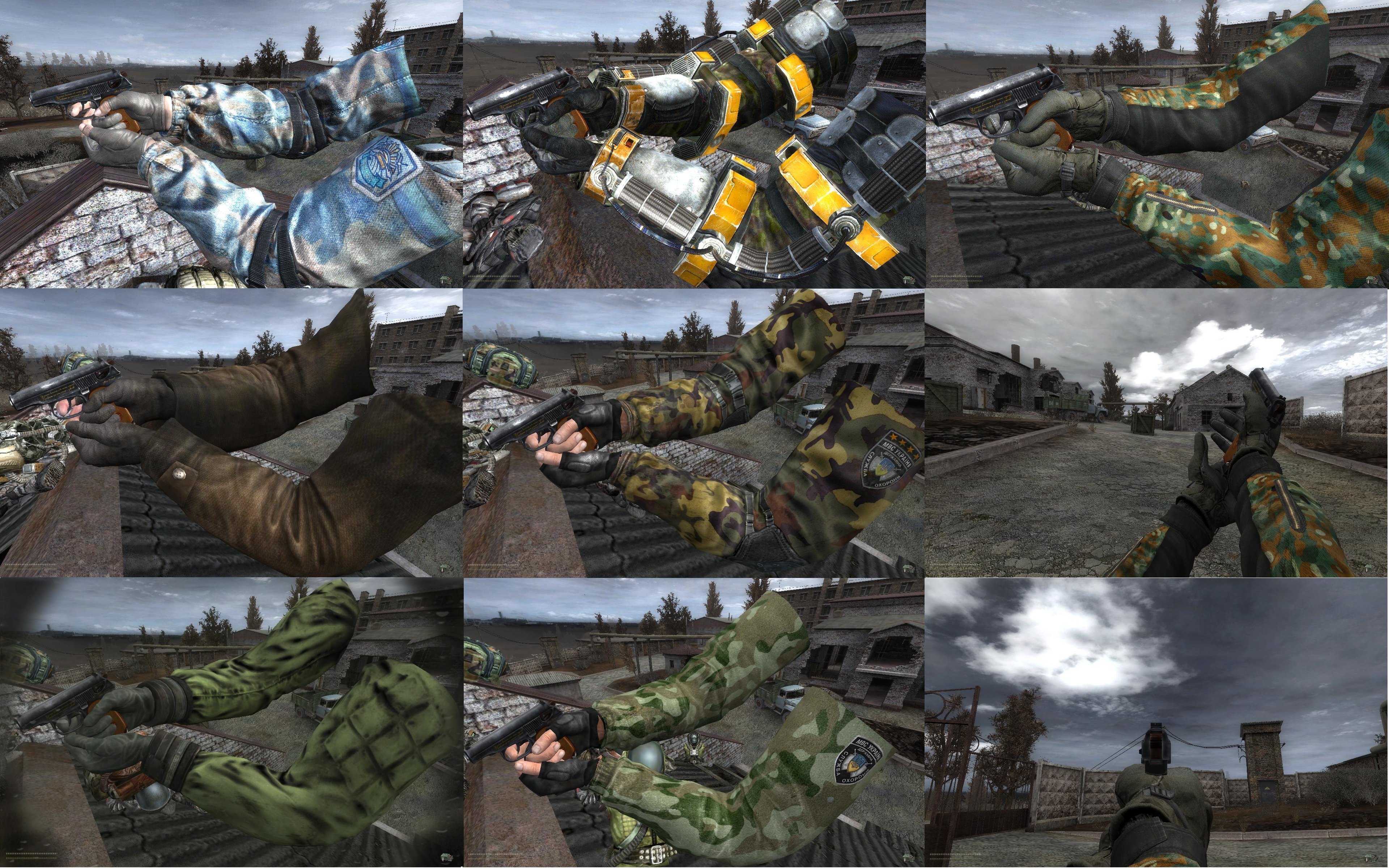 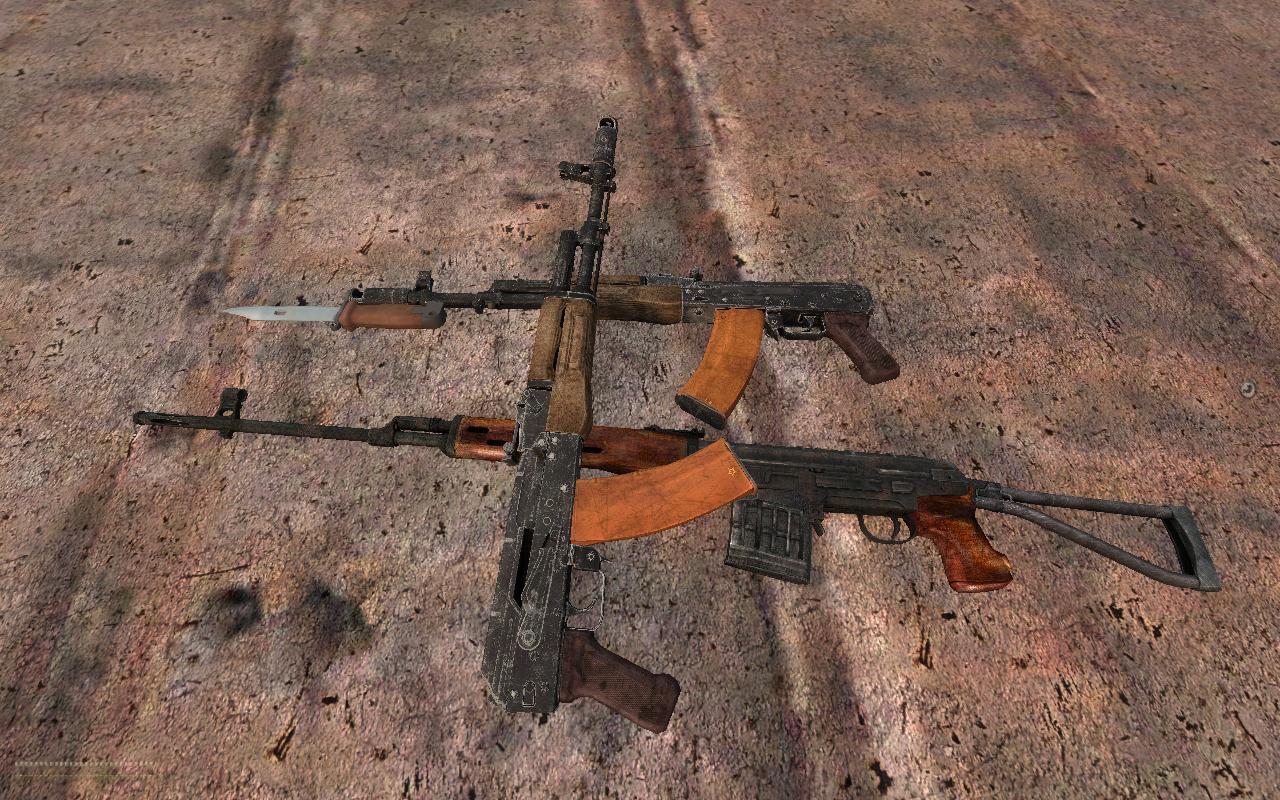 1-Scalled the size of the UMP-45
2-Corrected iron sights position of the M79
3-Fixed iron sights of the MG36, and added possibility for mounting Acog scopes
4-All weapons are added to the prefetch file. Improves performance and lower stutter.
5-Tweaked spawn rat for almost all weapons
6-FAR-15 variants can be bought from traders at some point, and "factions related FAR-15s can be found on some NPCs"
7-Implemented Russian descriptions made by PracTik
8-Added dynamic helmet script, works only with vanilla suits and helmets
9-Added alignment corrections for several weapons, great thanks to nervo82
10-Added alignment correction for spas 12, great thanks to ***MuZilla***
11-VSK-94 can be bought from traders at some point
12-corrected running animations for all revolvers
13-The Hunting Rifle has new iron sights with glowing marks

Treasures :
-Here are some hidden weapons in the three maps :

-Avoid installing the fire rate upgrade to the M95 Sniper rifle, it will make the bolt action animation glitches
-Some revolvers use the protecta upgrade tree, this gives them the auto firing upgrade, but they don't use it in fact, this does not affect the game or the weapon at all, feel free to whether instal the upgrade or not, it gives you more fire rate though :P

The Addon folder contain :
-Crying bandits : Sounds for woonded bandits, the addonis intergated with the mod already, it's here for people who wants it
-No ammo counter : removes the ammo counter from the hud for more challenging game and realism
-No girls panel in Yanov Station : replaces the girls image in Yanov station with a more zone-ish one
-Russian class selection menu : class selection menu in Russian made by Practik
-Tweaked weather : weather will never open up, only fog and rusted sky

So the add-ons folder, is it for use of the vanilla or something?

You install the addons if you want them.
They are for the mod not vanilla.

Crying bandits can be used in Vanilla, the others can't.

Thanx for a new update and I put it on a new install of
Misery 2.1.1 and started a new game. Just as I left the
Ranger Station's front gate got this error:

Looks like a missing file, maybe, as I'm no computer whiz
of any sort. Is this gonna be a simple fix and you would
put out a fix/update. Again, thank you for the continued work... gunso

There is a tomorrow, and it starts from here Mediafire.com :D

Thanks a lot! That quickfix did it for me! What was happening was I was at Skadovsk, and mere seconds after sleeping, I would crash. If I left Skadovsk, I'd crash after a couple minutes, typically before I could get within contact of any outside person, or very soon AFTER meeting them. Now, it's functioning perfectly once again :) You guys are damn quick at fixing issues, if only I had seen your comment sooner, I hadn't played since about Jan 1 or 2 lol

Thanks man, but didnt you like test the mod before you upped it xD? i mean the least you could do is make sure it doesnt crash every 5 minutes 7 revisions after 1.0.

Yeah I know, I tested the mod for like 3 hours before the release, but one quick playthrough isn't enough for a mod this kind, add that I'm the only one developing it so...... :p

I have to re-edit every god damn one of these....

I feel you bud :P so freaking stressful.....

what version of SV-98 is hidden and can you tell me some clues to search for them don't tell me the exact location just some clues e.e so far I didn't find it :c Just the Wooden Racer and SV-98 normal version without the tripod

Already answered in the comments section, but here it is again :p
I don't know where are all the stashes, I only know the PMM-12, I picked the stashes randomly in the ltx files, I think I will replace them all for the next version.
The hidden SV is the normal one with Bipod, I might change it with another one.

I have a shitload x-ray crash please helpe