Here is the third update release of the mod. V1.6 has several replaced models, new animations, and few new weapons. This update consists of two parts, you need them both in order to get it running, and this is an update version, you need v1.5 to be installed before installing this one.


Here is the third update release of the mod. V1.6 has several replaced models, new animations, and few new weapons. This update consists of two parts, you need them both in order to get it running, and this is an update version, you need v1.5 to be installed before installing this one. 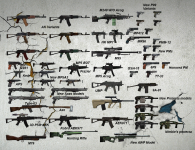 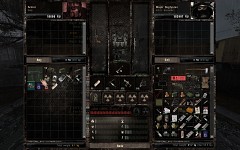 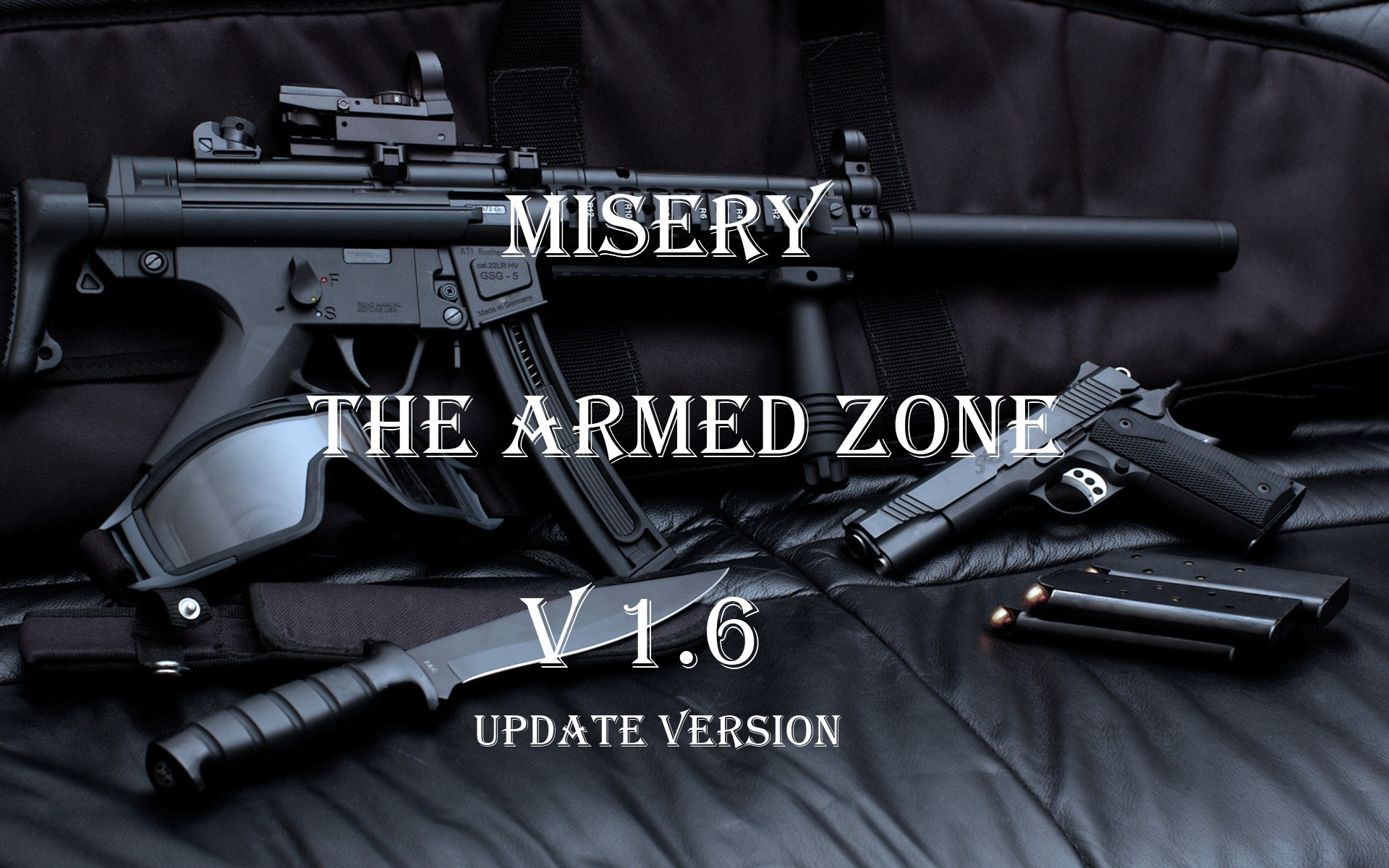 This version has two parts, you need them both in order to get the mod running.

Another new version with new stuff.

Here is what's new with the update

*About 70 new weapon model, varies from replaced and newly added.*
*Now the total of all weapons modified in this mod is ~122, since V1.*

1-corrected the name of Vikhr "shortened version"
2-Both G36c are recon's profeciency now
3-fixed FN2000 and FR2000 profeciency
4-Both M1 Carbines are recon's profeciency now
5-Changed startup gear for all classes
6-MP5K handling and recoil are corrected for all classes
7-Implemented russian description for 1.5 weapons, huge thanks to SuperSanchous "descriptions still need work"
8-Thompson now has proper reloading animation
9-FN57 does not accept silencers without upgrade
10-added alligning corrections for several weapons for 4:3 monitors, great thanks to nervo82
11-GSH-18 has correct animations
12-9A-91 accepts 9x39 silencers
13-new icon for 9A-91
14-9A-91 can be found on NPCs now
15-SR-3M accepts 9x39 silencers and PSO scopes
16-lowered spawn rat for almost all the new weapons
17-corrected sight allignement for RPK-74

Here are some hidden weapons in the three maps

checked ALL the stashes including the unlisted one in the far corner by the waste processing plant, but cannot find the SV98 was that the dark mode bug?.....cos owl did not ever list sniper rifles either?

The SV98 is related to sniper class only which you're using, the rifle should be in one of the stashes, but I can't tell which one :P I have no clue which one xD I just picked random stashes and put some weapons in there, Owl do sell that rifle, but not very often, you weren't very lucky I guess :D

In v1.7 more SV 98 are added, and chances for getting one are bigger, you can find them on NPCs, and you can buy them from Yanov's traders, they are four snipers now, so you will get one sooner or later :)

Oddly enough, I kept finding lots of CQC weapons. so I restarted black road as recon & have found owl selling the SV98 occasionally :)
managed to find the AWL & 2x TRG-42, 2x hunting rifle, 4x M1, 3x Kurtz........was beginning to think that this might be a tweak to increase difficulty,
ie: more weapons with negative class affinity....(ranged sighting wanders like a drunk for anyone but the sniper)
....If so Kudos.....
Makes the game that little bit harder whilst having a better array of weapons....good tweak on the sounds BTW :D

Have to say I am Very impressed not used to anyone getting sound & feel of the sniper weapons right
IRL the milspec 338 loadout Kicks like a mule..

Weapons weren't well balanced in 1.6, you keep finding them all the time :P I tweaked this for 1.7, so you'll get a good chance finding the right gun IF you're lucky enough :3 sometimes you run out of luck to a level that you can't get a bloody worn makarov :P

Speaking about drunken snipers, only the sniper can control scoped weapons, if you play long enough with the assaulter than switched to sniper you'll really notice the difference, he's steady like a freaking wall, so there is no need to touch this side of the game, the MDT did a great job with that.
All new weapons comes with their sounds, I only add them to the right place :) and indeed all sounds are pretty awesome, especially for snipers.