It's time for another exciting Snapshot! The Mojang crew was hanging in Monaco last week, but rest assured, this week's Snapshot is nothing shy of sweet! Let's see what's on the menu: 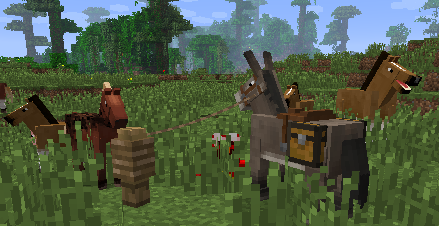 Last week, our very own Jeb got married! Meanwhile, the rest of us were taking a short vacation to celebrate the recent milestone of 10,000,000 PC & 10,000,000 Pocket Edition sales! This week, it’s back to work and we have some fun treats in store!

Check back in three months.

it's past tense, they aldeady had their vacation. =)

Hm, nothing I'm too excited over in this snapshot, but congrats to Jeb and the dev team for their accomplishments!

Ok any one else see the strange red thing in the middle of the image?

"Lots of work towards a new Resource Pack system, but not finished yet. Currently still compatible with texture packs."

Does that mean they are TRYING to make it incompatible with texture packs?