I don't know about you guys, but I've been ready for a change in Minecraft for a long, long time. So, it is with great pleasure that I reveal to you the next iteration of Minecraft, courtesy of Mojang: MINECRAFT 2.0!!! What does this new version include? Let's take a look at the details, courtesy of Dinnerbone, from Mojang! 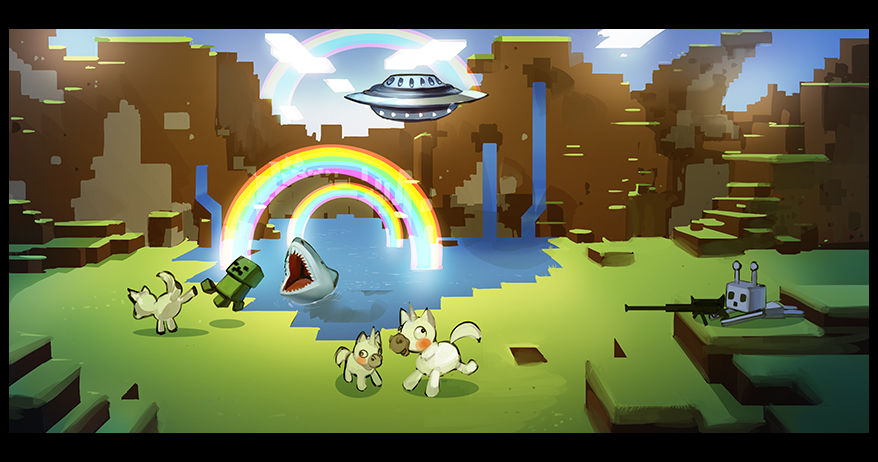 I don't know about you guys, but I've been ready for a change in Minecraft for a long, long time. So, it is with great pleasure that I reveal to you the next iteration of Minecraft, courtesy of Mojang: MINECRAFT 2.0!!! What does this new version include? Let's take a look at the details, courtesy of Dinnerbone, from Mojang!

You can see all the exciting changes in Minecraft 2.0 by visiting Mojang's site: click here!

In addition to changes to Minecraft, we here at Minecraft Forum are very excited to announce some really sweet changes to the forum itself!

We know these exciting new changes will make life better for everyone here on the official Minecraft Forum! Since we will no longer have a "Contact Forum Administration" section, feel free to leave any and all suggestions you have for the new and improved Minecraft Forum in the comments below!

Why, it'll be Minecraft, but so much better!

Actually a few things such as the glass wouldn't be so bad, could be fun creating stuff with it. Even the coal block would be pretty cool, but again, just for building. Hell even the exploding mobs would be interesting, except with less food.

1th of April was yesterday.

This came out when I was asleep, and it took a while for it to be approved :P

You sir, were just fooled.

And you sir, were just trolled.

Kind of shooting yourself in the foot, april foolsing a big new update and never adding anything new to the game.

What do you want to bet someone's already working on a mod that makes this a reality?

Why bother? You can download it from Mojang's site.

I can't seem to find a reliable link, but I'm not surprised. I should have watched the videos before I left a comment, but I realize that at least some of this stuff had to exist in order to make the videos...

It's actually kind of sad. I really think that Minecraft needs a serious update and overhaul. The gameplay leaves a lot to be desired. Once you've built a few good things and gone to the ender there's no point to keep playing.

There's this thing called mods. Believe me, they increase the game to infinity and beyond. Really, Minecraft is one of those games that a major overhaul would ruin.

Can't wait for the update. Just will be a hassle with waiting for the servers from the hosting companies to update to the latest patch and for the server mods to update, especially for my server. Overall am impressed (thumbs up) xD

Super hostile, even if this is just for April Fools, needs to be instated as an in-game mode!