Take a closer look at the high times and the obstacles NNK has faced!


OOur previous update showed NNK hitting it's first real milestone. Today we bring you a new update featuring some of NNK's most promising moments, and some of it's worst!

Chapter 5: The Golden Age and the Low Point

NNK had finally become a playable working build that met all the goals we had set for ourselves initially. We decided that since we had come this far we should see how much further we could improve everything. We continued on refining textures, models, and even our talented programmers were doing their best to improve the engine and effects. 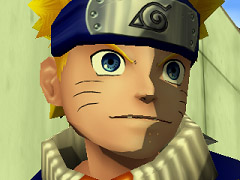 Naruto is one of our characters that has seen the most revisions over our project's Development. His eyes have been changed and altered repeatedly to reach our current design, as well he has been rigged and re-rigged to deform perfectly. 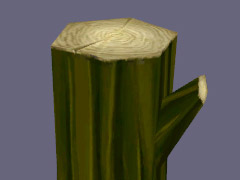 Like every other prop in our game, the Kawamiri log is valued just as important as character models. It also has seen multiple revisions. 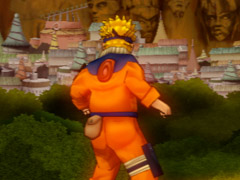 One of the features we were most excited about was the inclusion of background props such as the Hokage mountain. Placed off in the far distance these props gave our environments a true feeling of immersion in the Naruto universe that has never been seen on the half-life engine before. 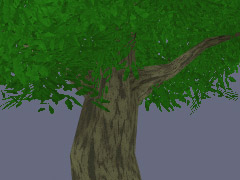 Believe it or not one of the props that was worked on the most was our trees. Our talented artist SV has spent more hours on our trees than the entire team has spent on some of our best features. Keeping the trees as true to Naruto was incredibly important to us. Trees are the prop that our players will spend the most time running between, hiding in, and viewing over landscapes. A bad detail job on this piece would ruin a players immersion. 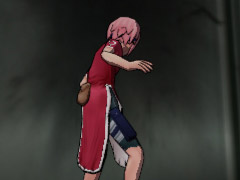 Other objects such as wall burns were also revised until they met the standard our mod had pushed even further for.

With NNK pumping out quality media weekly, we quickly gained a reputation in the modding community as something special. We were able to attract talented programmers who were impressed by the standard of work we were able to achieve;

Tom was a great addition to NNK. He had much to offer NNK and accomplished quite a bit for us. With the work of Tom, Ryo and SV, the Katon fireball attacks were created and many other jutsus followed. It took us a long time to get them looking just right. Screens below show a brief glimpse at the progress; 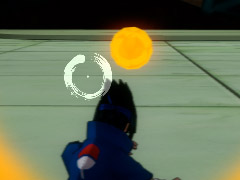 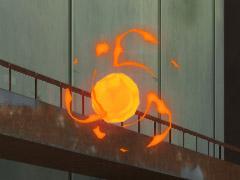 Tom also was working on another popular project, ZEQ2, where his associate, Brad, worked with him. Due to Tom's involvement in NNK, Brad became interested in NNK and began to frequent the forums. After a little coaxing, Brad joined NNK to help with some of the project's programming needs, fixing some bugs that plagued our project since the beginning.

Fil's contribution really moved us forward. He included features in our project such as wall walking which was a huge task in itself and implementing player names, new text, and new death icons to name a few. 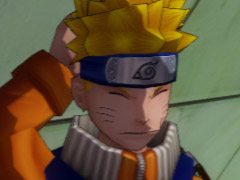 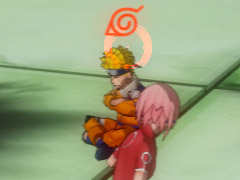 With all these key players in place, the Golden Age of NNK was at the peak. Many of our player jutsus were fully functional and being polished. The talents used to create them were a combined effort from all the coders. Impressive new effects were being coded for jutsus and weapons weekly. Raven from the ESF community also helped to contribute his time, knowledge, and talent to our project when we needed an extra little push. With Ryo and SV, the facial expressions were coming along very nicely. NNK had once again surpassed all of our once high standards, and pushed the bar further than we had expected. Here are a few shots for your viewing pleasure: 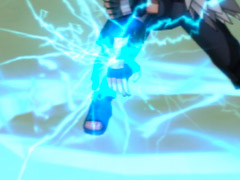 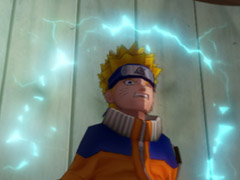 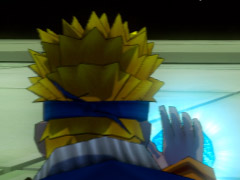 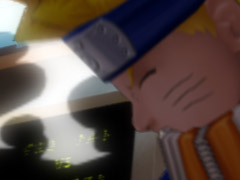 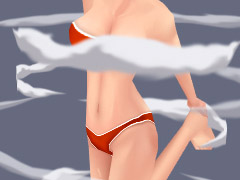 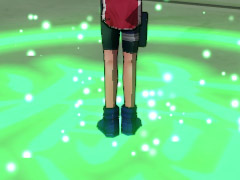 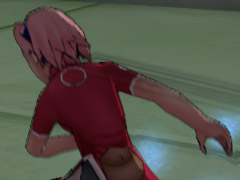 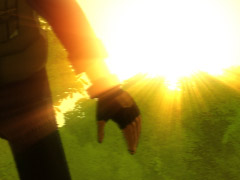 NNK is one of the few mods for half-life that is animation defendant. Each character has hundreds of unique movements for all the situations that they may encounter. To help us meet the demand of animations and the quality they needed we brought aboard a few new animators;

Unfortunately, there still was little progress in animations. SV spent even more of his leisure time hard at work polishing the animations for the project on top of the assignments he was already committed to. He was very determined to make sure we had progress in the areas that were lacking. Fortunately, as a favor to the team, Darktooth, ESF's talented long time animator, devoted some of his time to help us complete our more difficult movements. DT was able to complete countless smooth realistic animations within a matter of days! 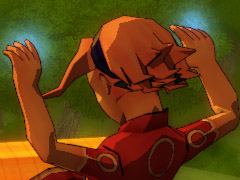 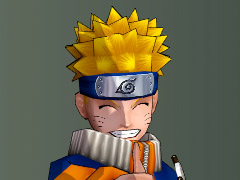 With the final version of NNK coming closer to fruition it seemed as if we could do no wrong. Suddenly NNK's development took an unexpected turn for the worse. Many of the current coders either became too busy with their lives to make real progress, or had to withdraw from the project. With great regret we had to let the following programmers retire after many months of fantastic contributions;

With Ryokeen as the only available coder, many bugs that plagued the build haunted Ryo and discouraged him. Coding progress was moving at a snails pace.

Many team members became inactive or did not contribute their part in completing the project. Only a few (roughly 3-5 members out of the 20 listed) were still actively working and trying to keep the mod active. A release seemed further and further away. We needed efficient coding progress to move forward.

To almost complete everything and have everyone leave near the final stretch, what were we to do?

Amazing work! i love it

Good read, but I could not help but laugh at the "Final Stretch" part, not at you guys but it reminded me of a joke about SC2. ( Just hope your final stretch wont be like theirs :P )

He's probably talking about how SC2 has been in the final stretch for a loooong time.

Yea its been in the "final Stretch" for about 2 or so years now. ( Dunno if the vids of the guy from blizzard are still around but he made that claim a while back, its became a bad running joke since then on the forums )

Good luck guys, keep the faith, too much work has gone into this to let it go now.

You guys have Redifined the meaning of EPIC!!

O.o NNK must live and it will, I believe in it.

Keep up the strong work team!
It wouldn't be as good of an accomplishment if it was easy ;)

Most should know this since we have watched many other great mods die even though they were looking fantastic. I really hope this survives at least until the first beta release! It just looks too amazing to go unplayed.

"I never go back on my word; that's my way of the ninja!"