We're releasing an update for Metal Drift on the 17th. New features will make it easier to find people on-line. We've also added new tank skins to indicate what level you are.

Posted by BlackJacketGames on Feb 24th, 2011

So Brian has been hard at work on a stand-alone install version of Metal Drift. This version can run independently of Steam and will be additionally releasing on Desura, Direct 2 Drive and Gamers Gate! All four communities will be able to play together with the new version. We’re looking forward to seeing the new surge of activity on the servers.

With the new build he added some back end goodies…uh…here they are: 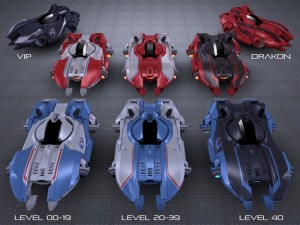 And here's a video showing them off in-game:


Brian took care of some pesky bugs as well:The player counts on the servers are accurate now. There was an issue with the Steam servers, but now that we’re running independently, the number of people you see on the server list is actually correct.

I hope you’ll all join us for some super ’splody action packed carnage!! Brian and I are jumping in at 6pm PST nightly. -Weston

oh sh!t, need to check this out asap when I get back from work! :D

is there a single player mode for those of us not lucky enough to have a 5 mgbps internet connection?

There is. The bots do alright.