Melbourne International Games Week is upon us. My team at Ultimerse is about to dive into it for the very first time with our upcoming release, Paperville Panic. They have been working really hard for almost the entirety of 2017. We have prototyped. Built. Playtested. Scrapped. Repeated. And all of that effort is now about to go on show at the biggest games expo in Australia - PAX AUS.

Pete Cerni is the Group Manager, Creative Director and overall fixer at Ultimerse. Starting life as a Graphic Designer in the marketing industry, he returned to uni to complete Bachelors in Game Design Development. Landing a UX Design role at Ultimerse’s sister company 7-YM, he has finally made the switch (hey) to his passion and dream of creating games.

Do you hear that? That’s the sound of me sighing; something that I tend to do on a regular basis. So much so that it has become somewhat of a character trait within the office and recently earned myself the “Best Facepalm Award” at our yearly awards night. It’s something that I am well aware that I do far too often and that I really need to dial back. Just remember… deep breaths. 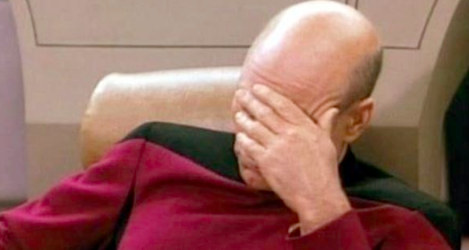 This sigh in particular is for good reason. Melbourne International Games Week is upon us. For those who aren't aware, Melbourne, Australia, has a week long celebration each year around the gaming industry, including PAX Aus, GCAP, and multiple industry and community events and conferences. You can learn more here.

My team at Ultimerse is about to dive into it for the very first time with our upcoming release, Paperville Panic. They have been working really hard for almost the entirety of 2017. We have prototyped. Built. Playtested. Scrapped. Repeated. And all of that effort is now about to go on show at the biggest games expo in Australia.

No biggie. Everything’s fine. That sigh is the sound of me letting go. 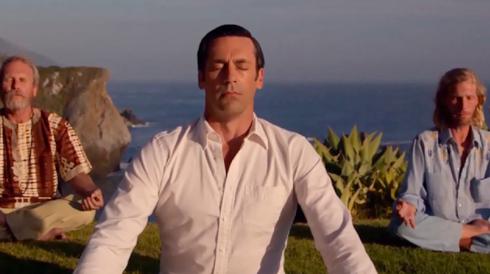 We have all experienced PAX AUS as patrons, but this year we will be showcasing a demo of our first VR game. It’s a chance for fans and followers to experience what we have been working on, as well as, giving the team a chance to see the community playing, laughing, giving feedback on what we have achieved so far. It allows them to step back and take it all in, something that we don’t get to do that often, as we are so focused on creating something unique and entertaining for the market. This will be our chance to announce ourselves to the market as an indie games studio.

These moments are so vital for our industry. Coming from a software application background where everything you are creating is in direct response to a problem. It gives you focus. You know exactly what tasks that needs to be completed and the timeframe in which to complete them.

With games, everything is so subjective. We come up with a specific mechanic or story idea for a game and then you create this world around it. And at the end of the day, you don’t really know how people are going to react. Will they see what you see? Is it as entertaining to them as it was when you were developing the idea? Months and months of work could be undone within a couple of hours.

Luckily we live in the era of social media, which has definitely eased that stress somewhat by being able to connect with your audience early, share with them snippets of work and get feedback as you develop, but you really don’t know the final outcome until they get their hands on the product itself.

It’s one thing to complete a project that you have been working on for so long, but seeing strangers play and react to your product is something completely different.

I can relate the feeling directly to personal experience in my other persona as a musician. For most of the time you are developing and creating music alone. To you it sounds fantastic and extremely proud of the piece you have created. It’s only those fleeting times that you get to release a record or perform in front of a crowd that allows you to connect to the very people that will judge your work on it’s merits. 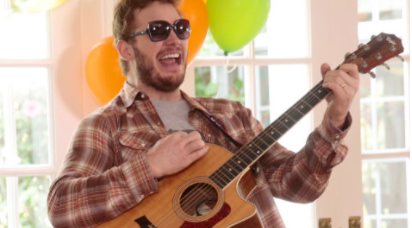 The lead up to those moments can be very nerve racking. Will they listen? Will people come? How will they respond? If they like it, will they pay? How much are they willing to pay? Sounds familiar? There are so many emotions and questions going on in your head at once and at the same time that you are trying to control them, you also need to deliver above and beyond audience expectations. But when you do, it is the best feeling in world. Being able to connect to others, singing along, buying your merchandise is a weird feeling. You have been able to connect with someone on a certain level and they in return are investing in you.

One of the biggest challenges I have faced has been managing a team full of creatives. At times it can be quite intense as there is so much drive, differing opinions and raw passion. Games are what we live and breathe for and trying to bring all that together can be emotional and tiring. Part of my job is to help calm the nerves and keep the team focused. How do we mix business with pleasure? The passion can override the common sense at times. You have to learn to step back in those moments and ask yourself, “What is the best path for the game?”

Sometimes that means that what you have worked so hard on may not be the answer moving forward. You have to, as my boss says, “Get in the helicopter” and look from a different angle. Look outside the scope and see how it fits in with the entire project. These times challenge you as a creative. It’s your heart vs. your head. The sooner that you can separate the two and make decisions, the more time you have in implementing them. 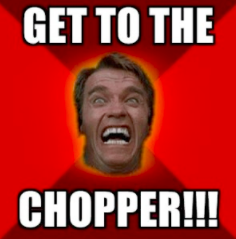 Right now none of us have had the experience of releasing a game at this level. Not knowing what’s waiting for us on the other side of Games Week can be daunting. All of these thoughts can create a lot of stress and tension within the group. Not knowing how people are going to react. What they are going to say. What happens if something goes wrong? Will there be blame if things don’t work out the way we want them to? Deadlines are looming and things are working out as planned. It’s all a part of the journey and you have to be ready for anything. Focus on the things that you can control, rather than on the thoughts that mostly never eventuate.

At the end of the day there is no point in worrying about all the “what ifs”. It’s a waste of energy and takes away focus from what we know right now. There are plenty of things that we can improve and polish and make sure that we don’t get the negative feedback that we all fear. Yet at some point we all need to learn to let go. We have to tell the difference between something is unfinished and when you are being over protective.

As I keep saying to the team, Games Week is a celebration. Both for us as a company and video games development in Australia as a whole. There are a lot of talented humans working on some incredible products and next week we get to come together and show off to the community. PAX AUS is a time for us to reflect on the efforts so far and gives us time to breathe before making the next steps. This isn’t the end, but only the beginning and we should continually be reminded of that. It’s not always going to be fun and games, but you know what? It is fun and games!

I’m so pumped and proud of what we have achieved in such a small amount of time. And I can’t wait to show off the game and meet a bunch of new humans with the same passion and drive that we have, share stories and make new friends.

I’ll see you on the show floor.