One of the things we are really glad to have is the in-game configurable input. Previously, this was done using Unity's build-in dialog window, a pretty confusing and slow process. To check it the new system out, just navigate to 'options' and 'input' (this can also be done from the pause menu). We've added two different default keyboard setups (for WASD and arrow keys) plus the default gamepad setup. 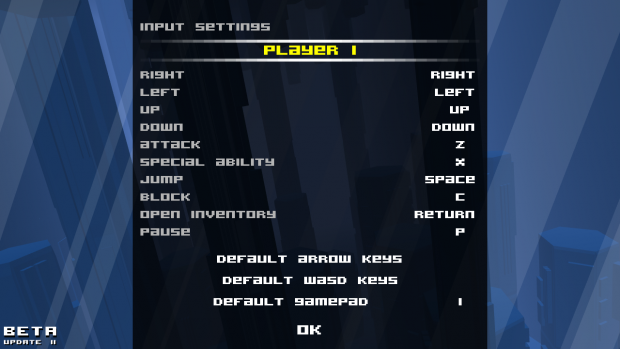 There are proper graphical options now as well as sliders for the music and sound effects. Tim went ahead and added 9 new colors (most likely all deviously hidden). Some much needed visual improvements in the levels are also included. As for gameplay, once you reach a boss of a certain level, a doro door opens directly to it next to the normal doro door. So you don't have to replay all the stages if you were destroyed just before finishing or if you just want to replay a boss battle. Megac and mine explosions now create shockwaves, shaking the level and breaking or activating any sensitive blocks. Some combat tweaks are made as always, you can check the full list below. 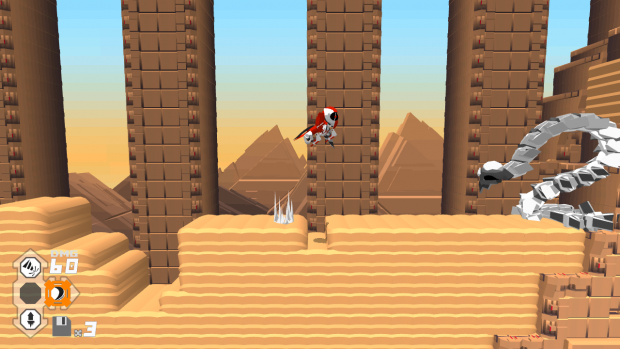 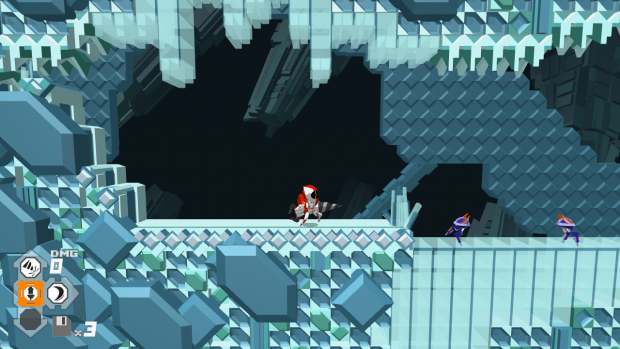 ~ Pound ability hit scaling reduced from 0.25 to 0.2
~ Added a snappy hit to the end of the teleport ability
~ Placed virus mines don't leave clouds anymore, but infect instantly in an area
~ Placed virus mines can't damage you or your allies anymore
~ Sped up both mine placing abilities
~ The default gamepad button for blocking is changed to the right trigger (this can be configured)
~ The attack speed stat is decreased and set to several parts