Hello folks! A LONG overdue post just to show you guys we are still very busy! I will try to update you all better in the future, but for now, enjoy most of our new armored vehicles and aircraft! Also this is the first time we have shown the Japanese faction and Pacific theater!

It has been about 10 months since our last update, and hopefully the next won't take as long. First up, we wanted to show off some various screenshots of the Pacific theater in action which was just recently added this past month to the mod!

This set of screenshots takes place on the iconic Iwo Jima map from Battlefield 1942 recreated for the Battlefield 2 engine.

Here the US Marine forces are assaulting the beach while the Imperial Japanese forces defend fiercely! 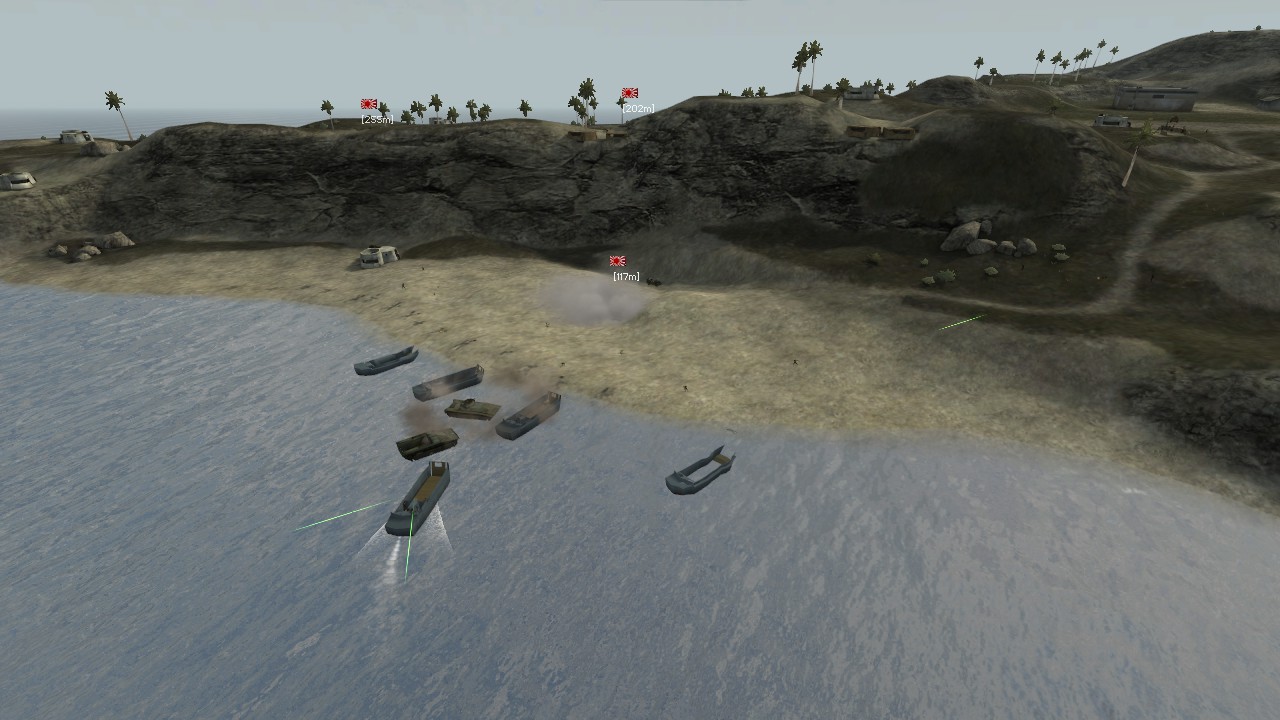 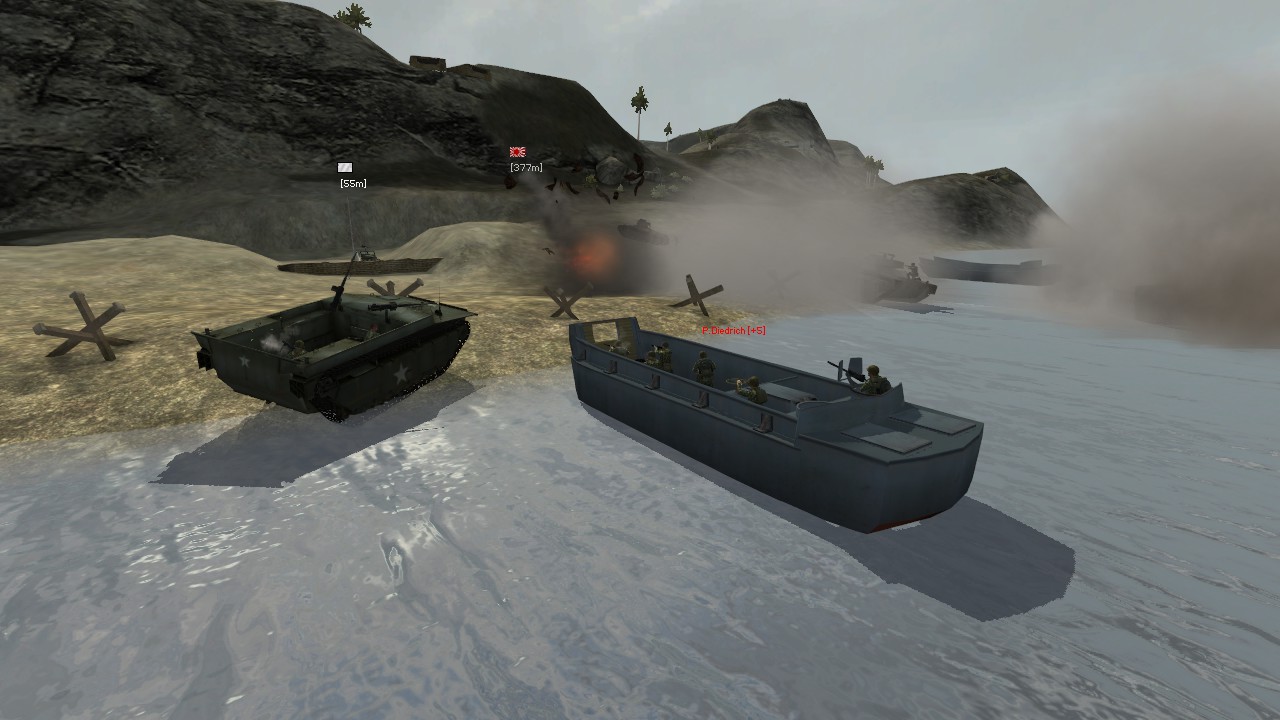 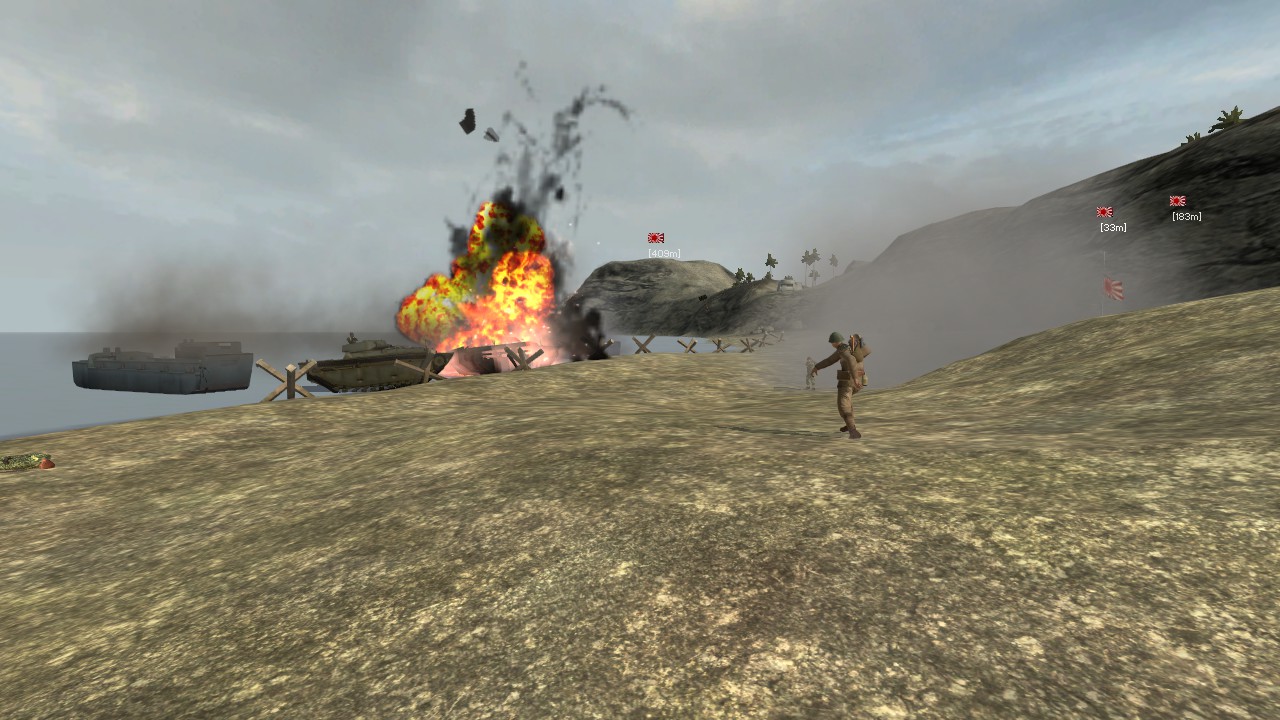 Next up are some shots of the Marines in combat. 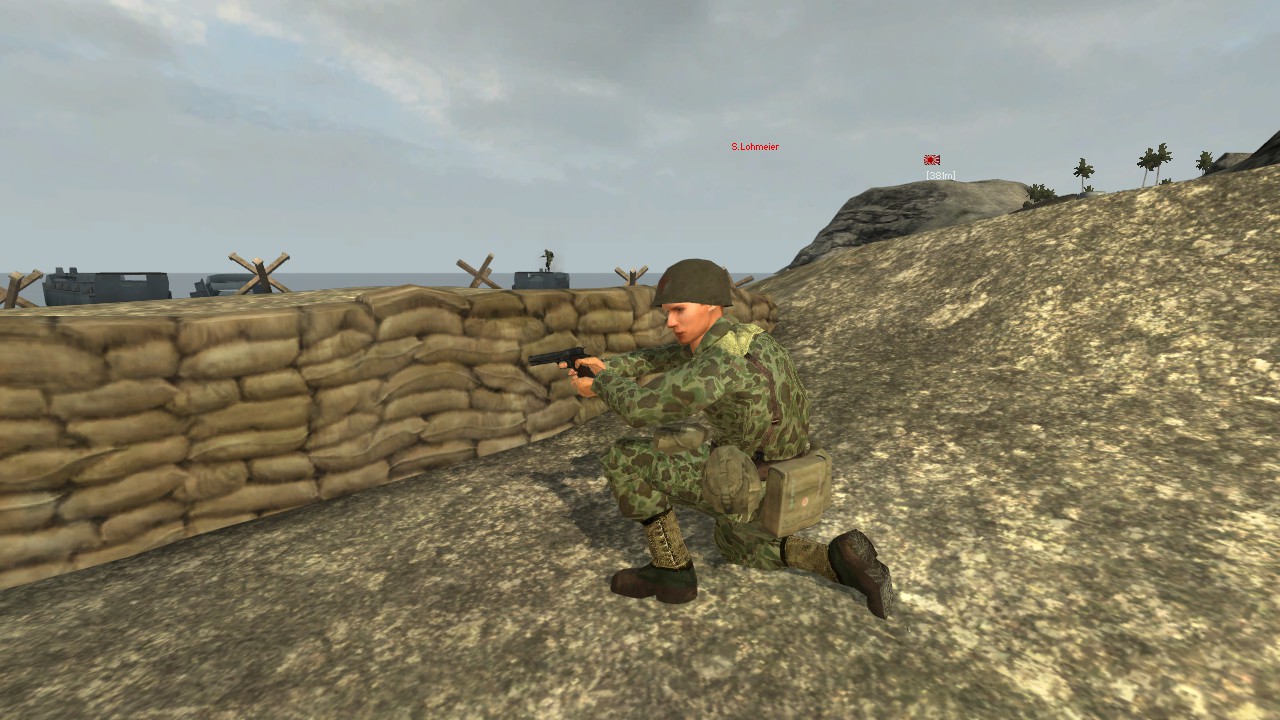 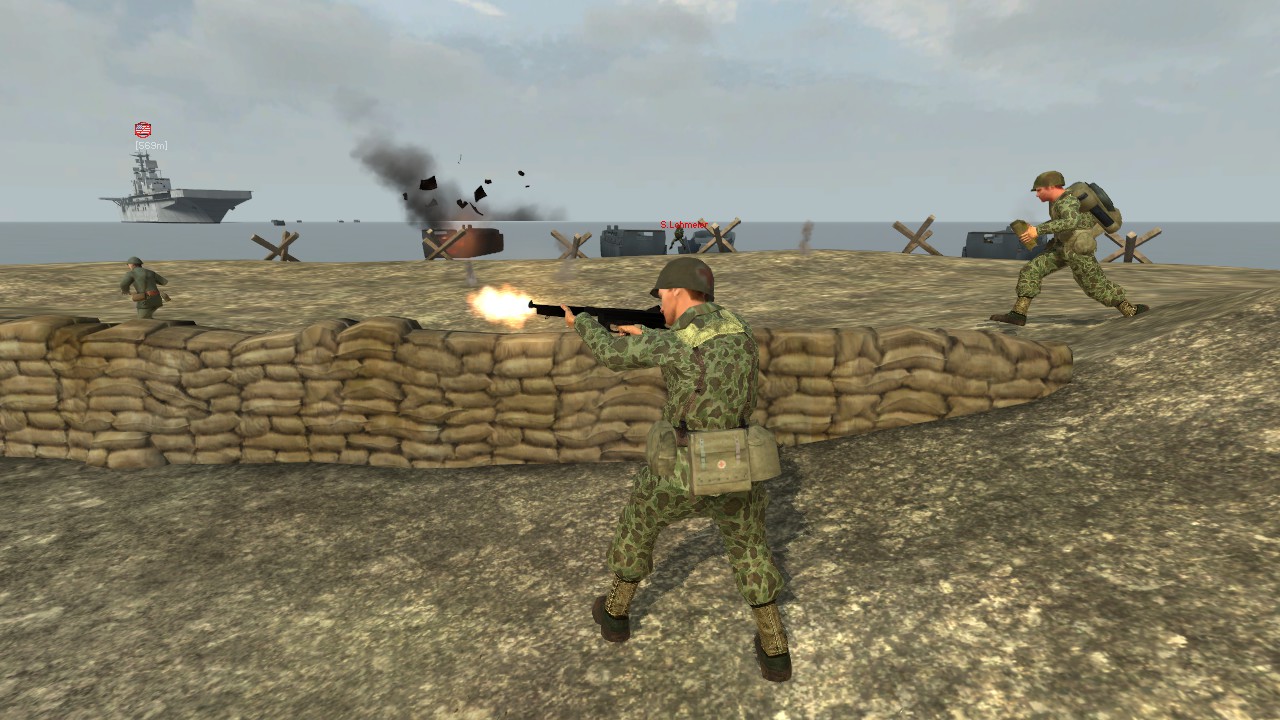 Secondly we wanted to show off our Japanese forces for the first time. Thanks to the FH2 CMP minimod for allowing us to use them. 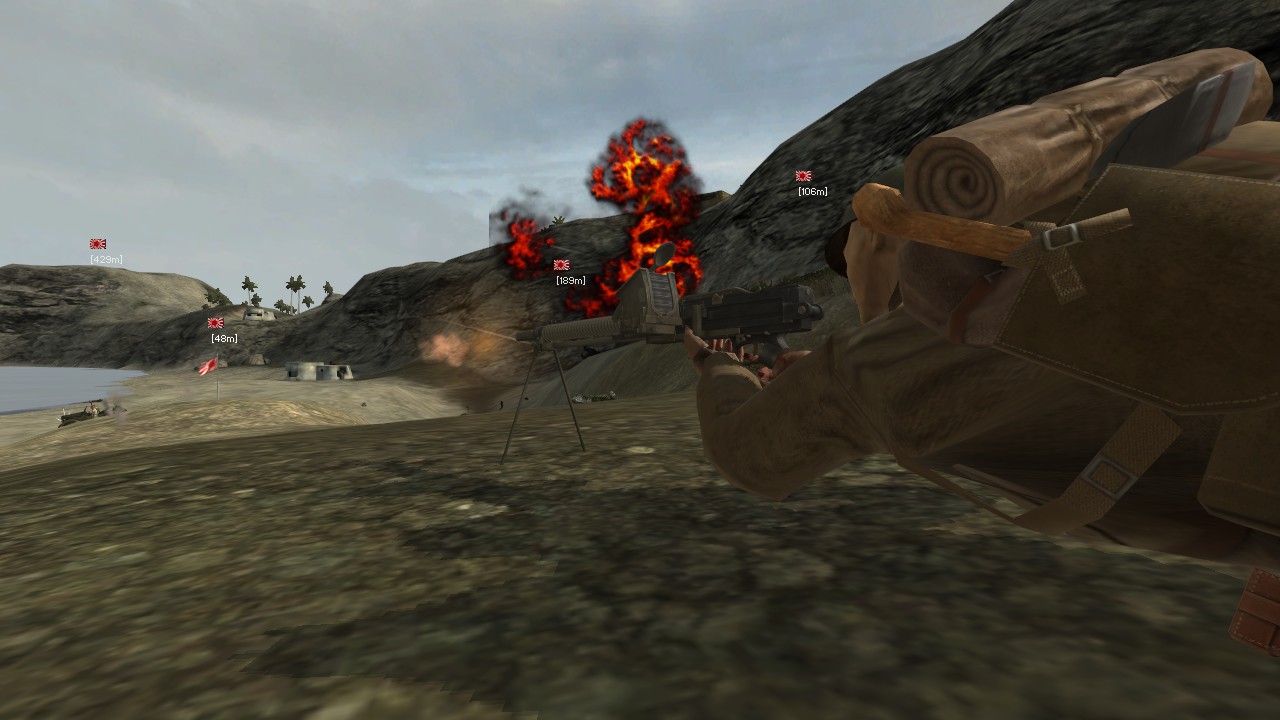 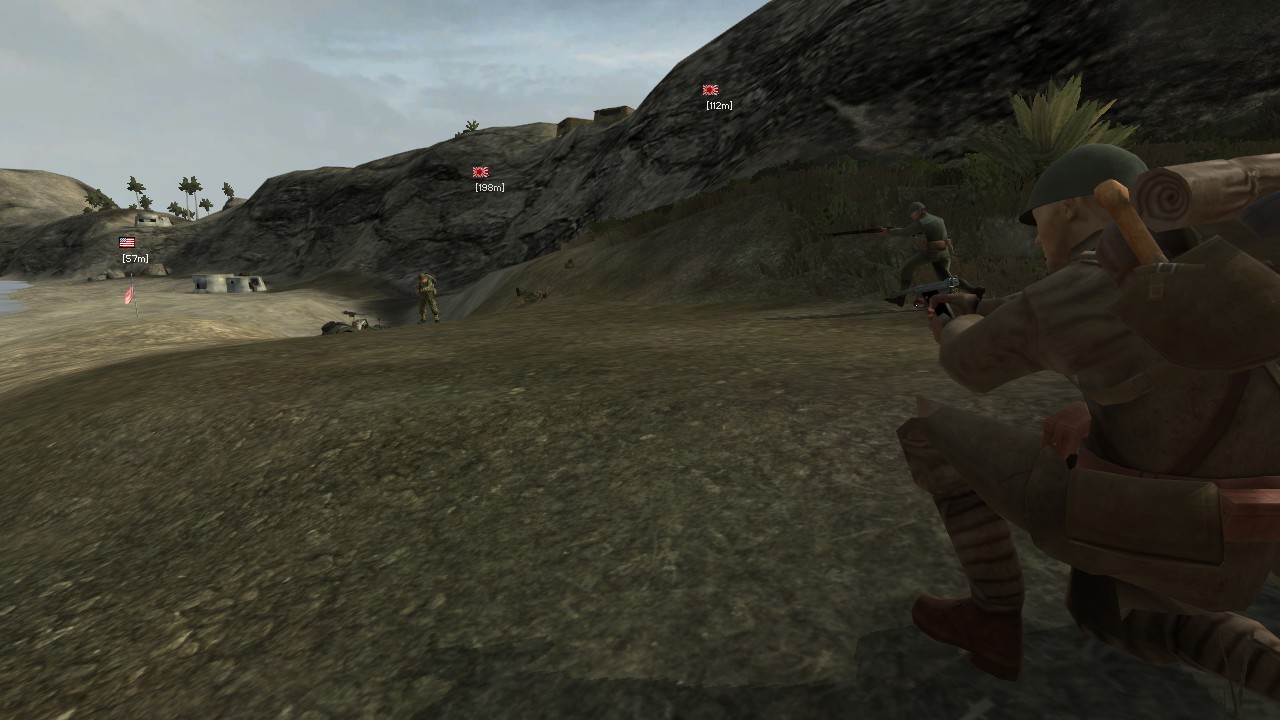 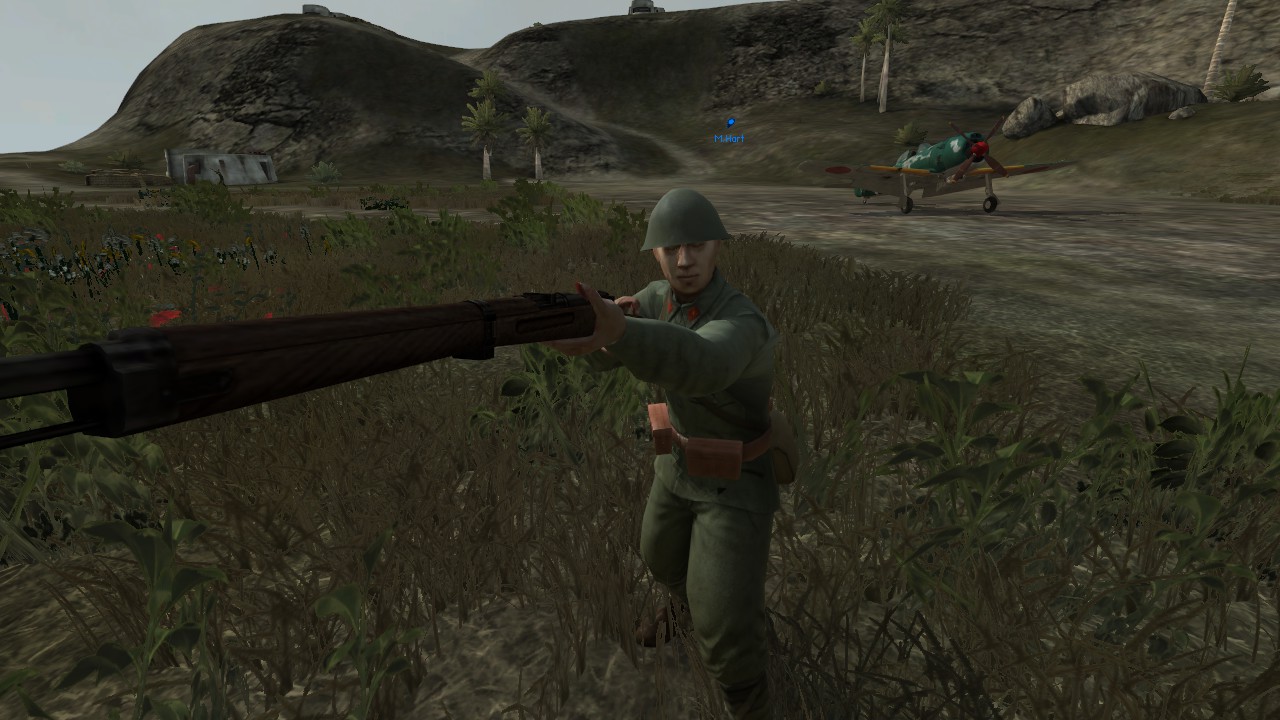 Additionally we wanted to show off all of our Japanese, American, Russian and German vehicles we have recently added to the mod!

For the Americans you can see the Landing Vehicle Tracked otherwise known as LVT's for short here. 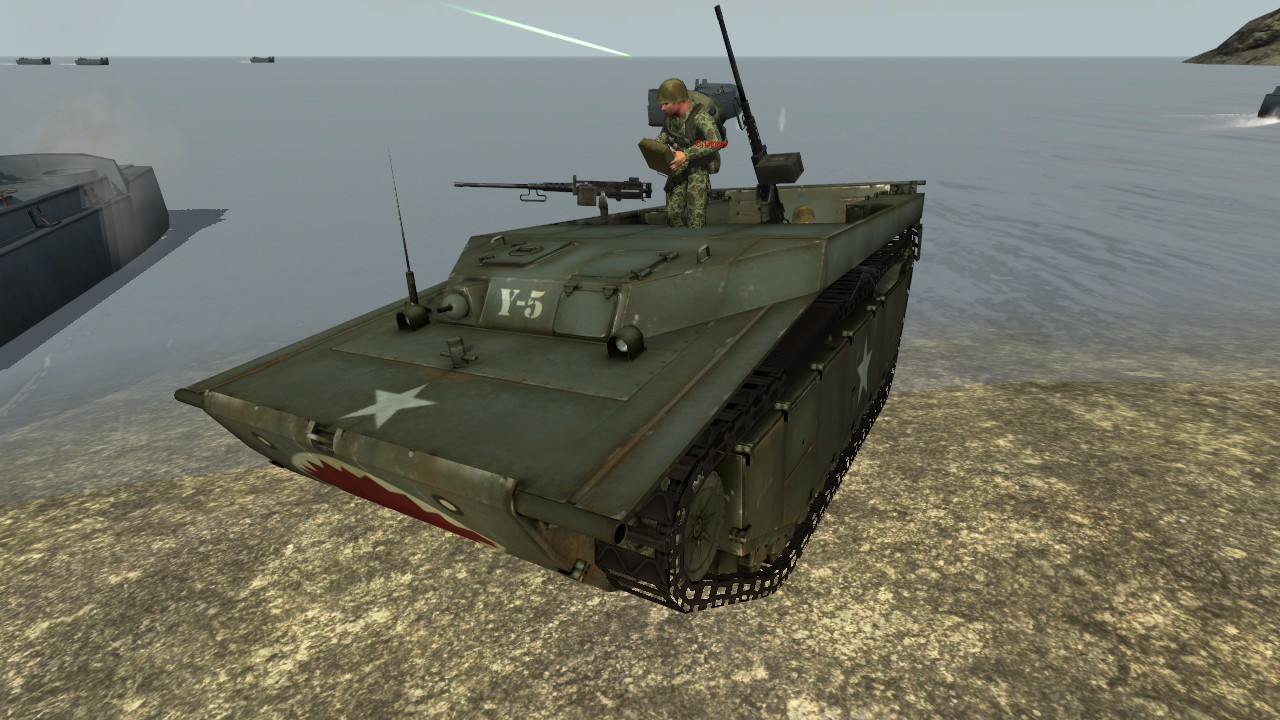 Here is our LVT[A]4 Alligator. 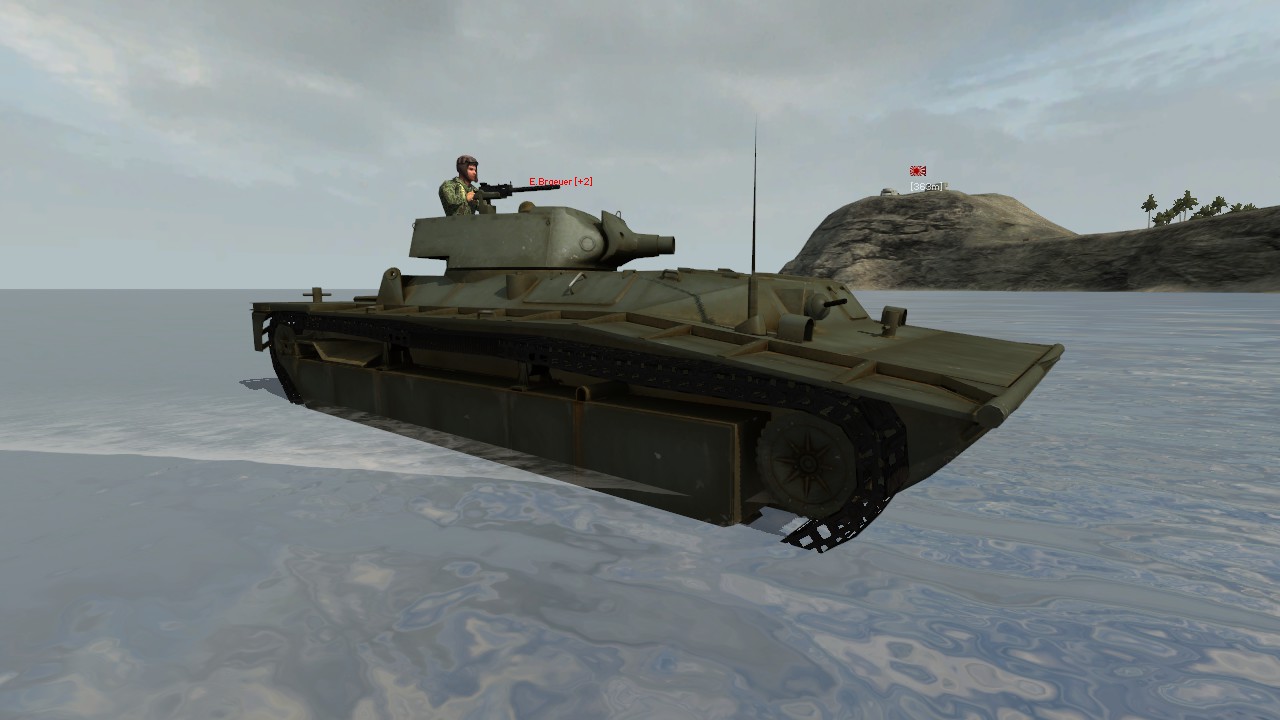 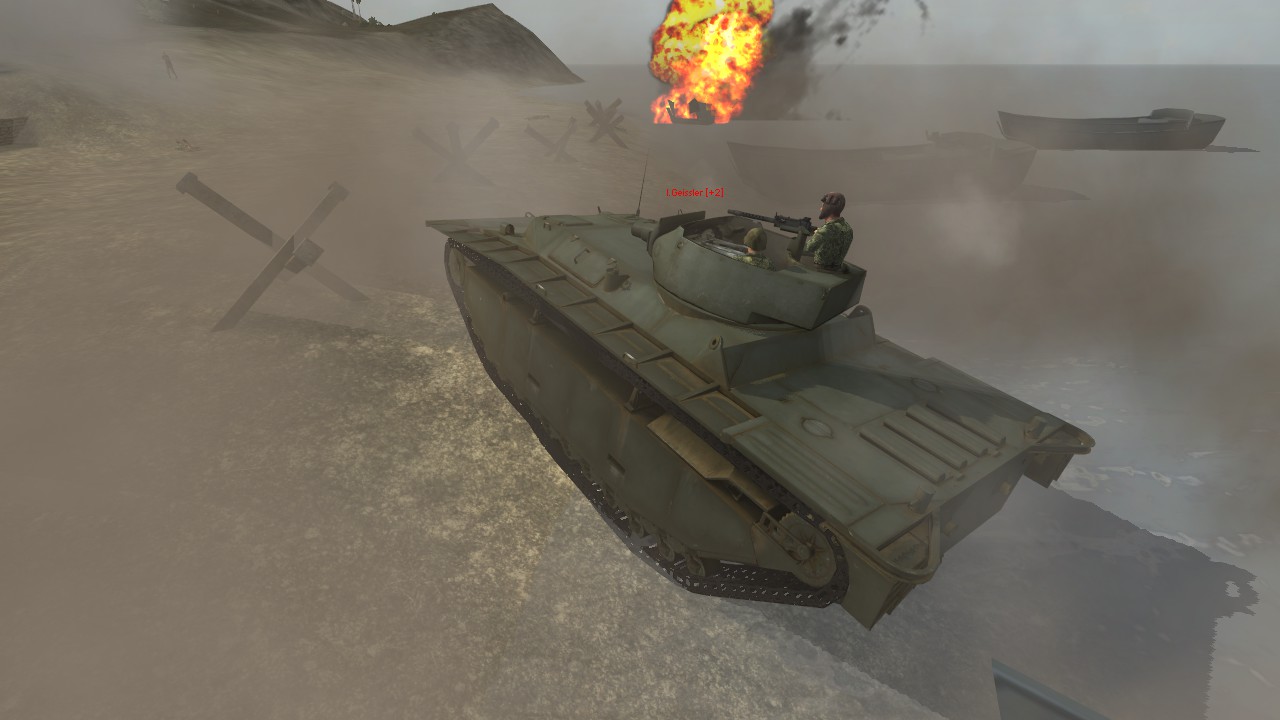 Next up are the Planes for the US forces. 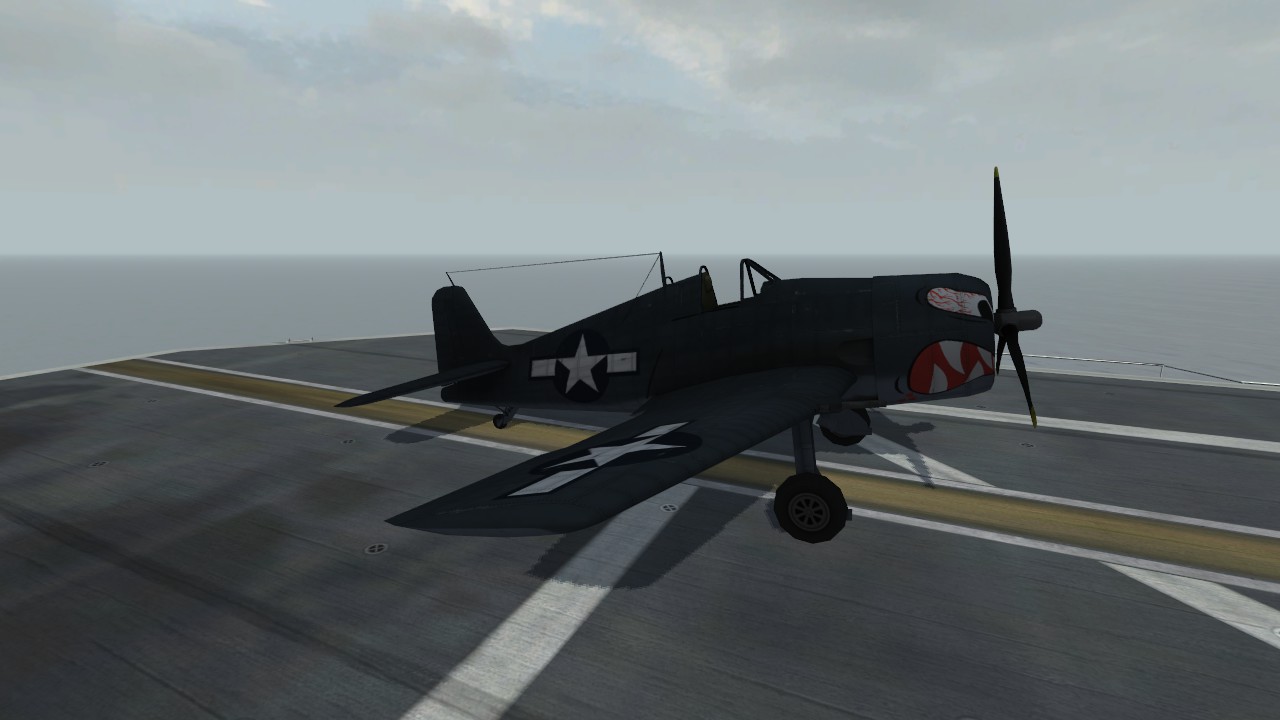 And secondly here is our SBD Dauntless dive bomber. 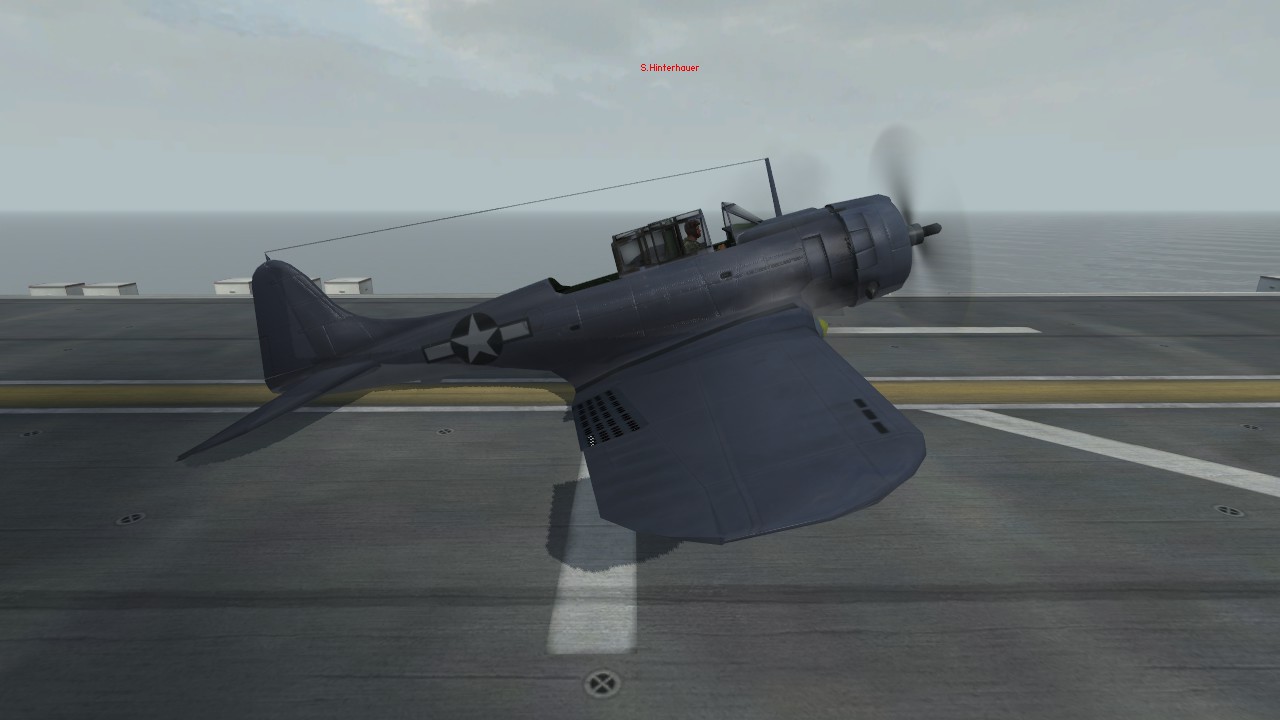 Now here are our Japanese vehicles. 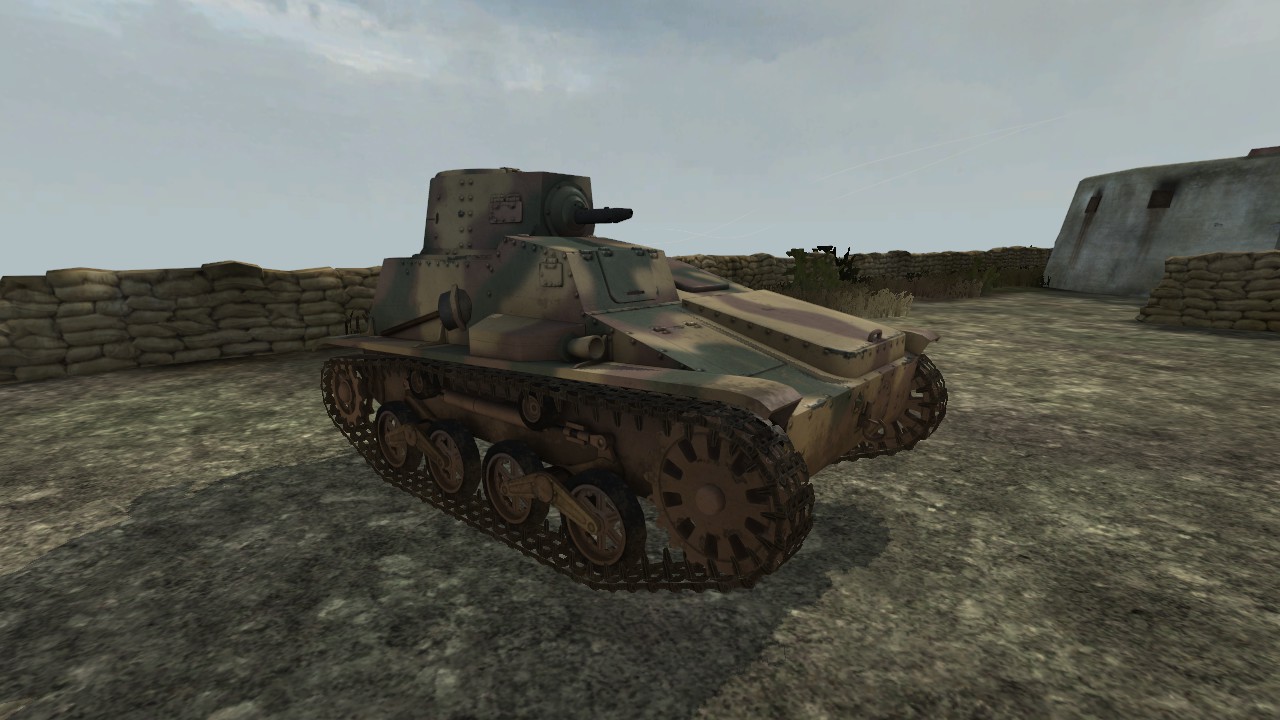 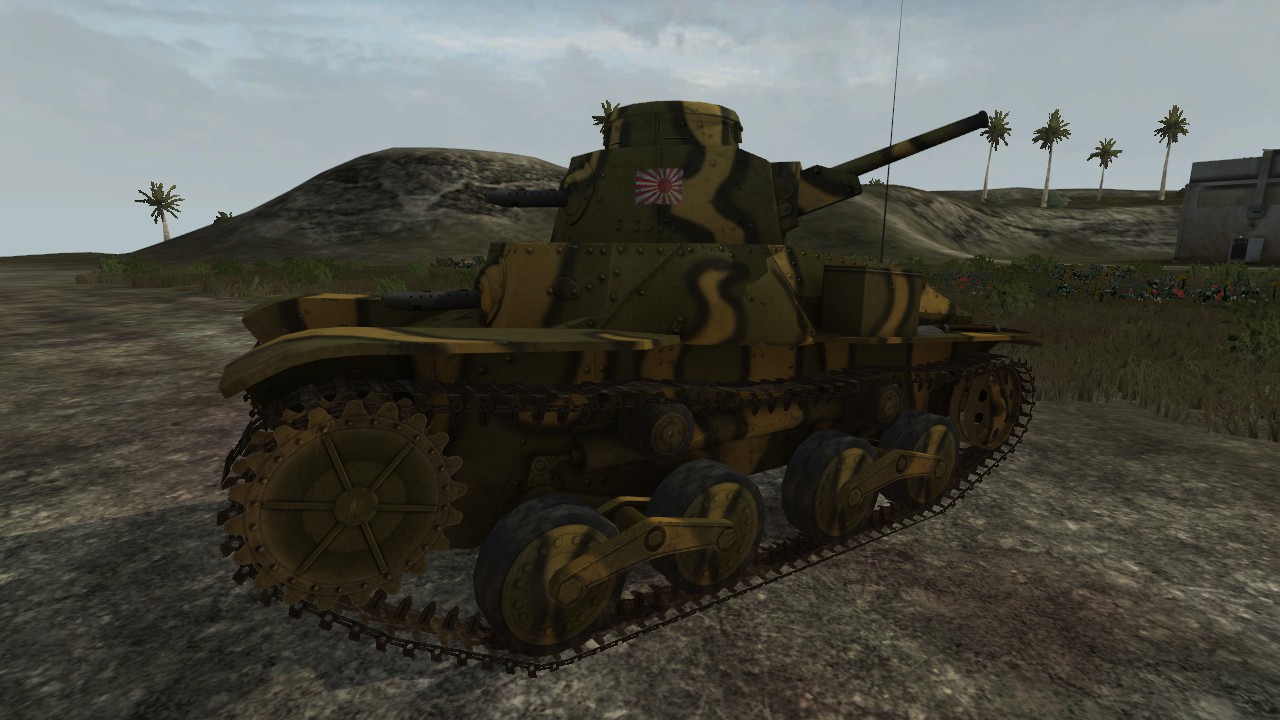 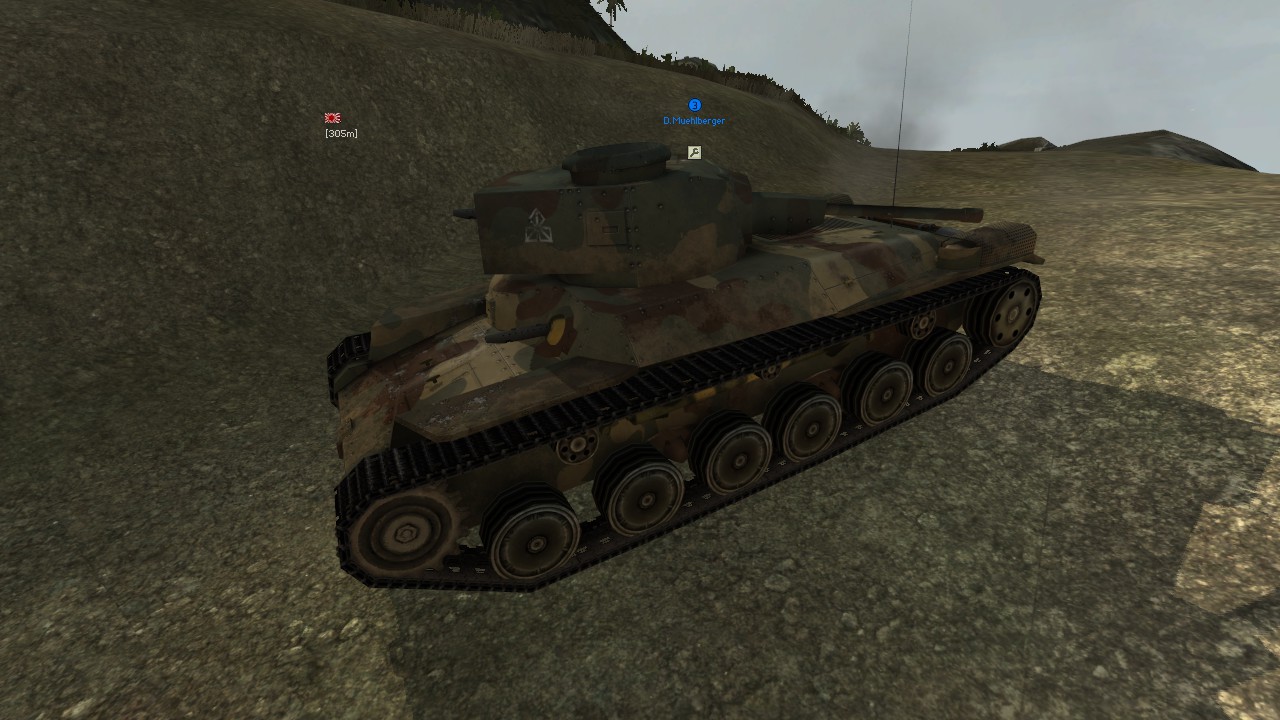 And lastly our Japanese aircraft. 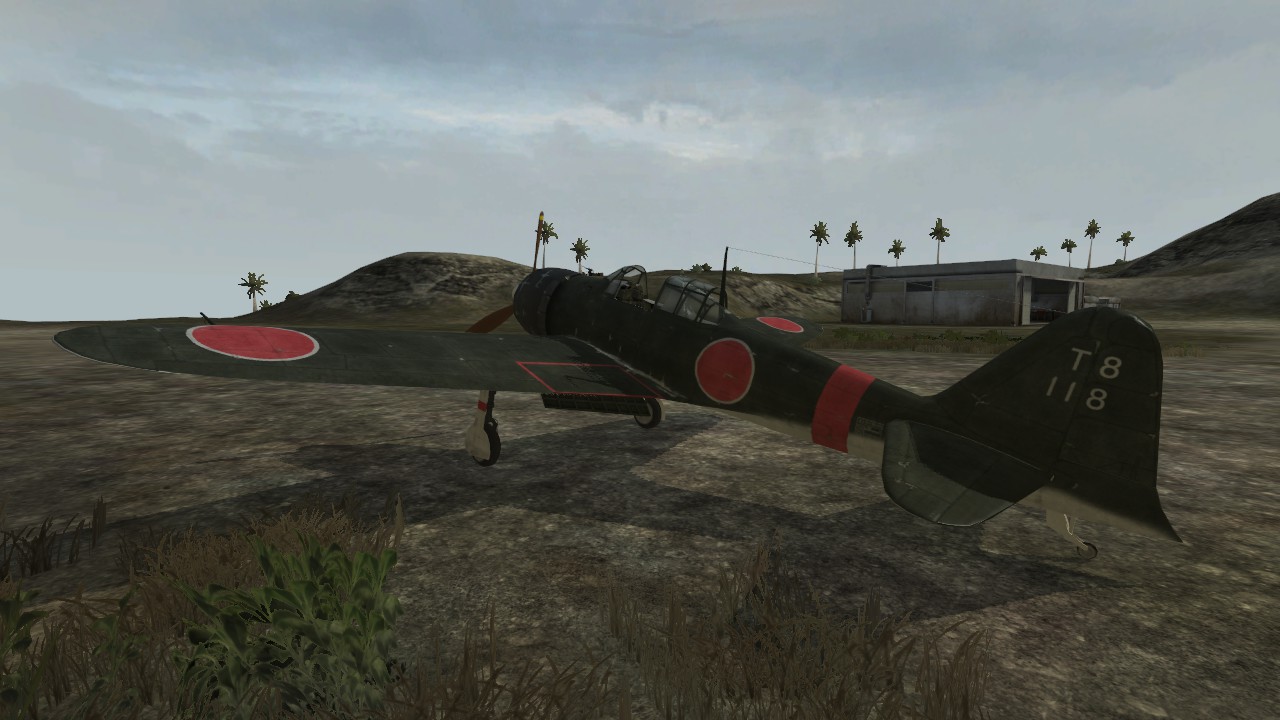 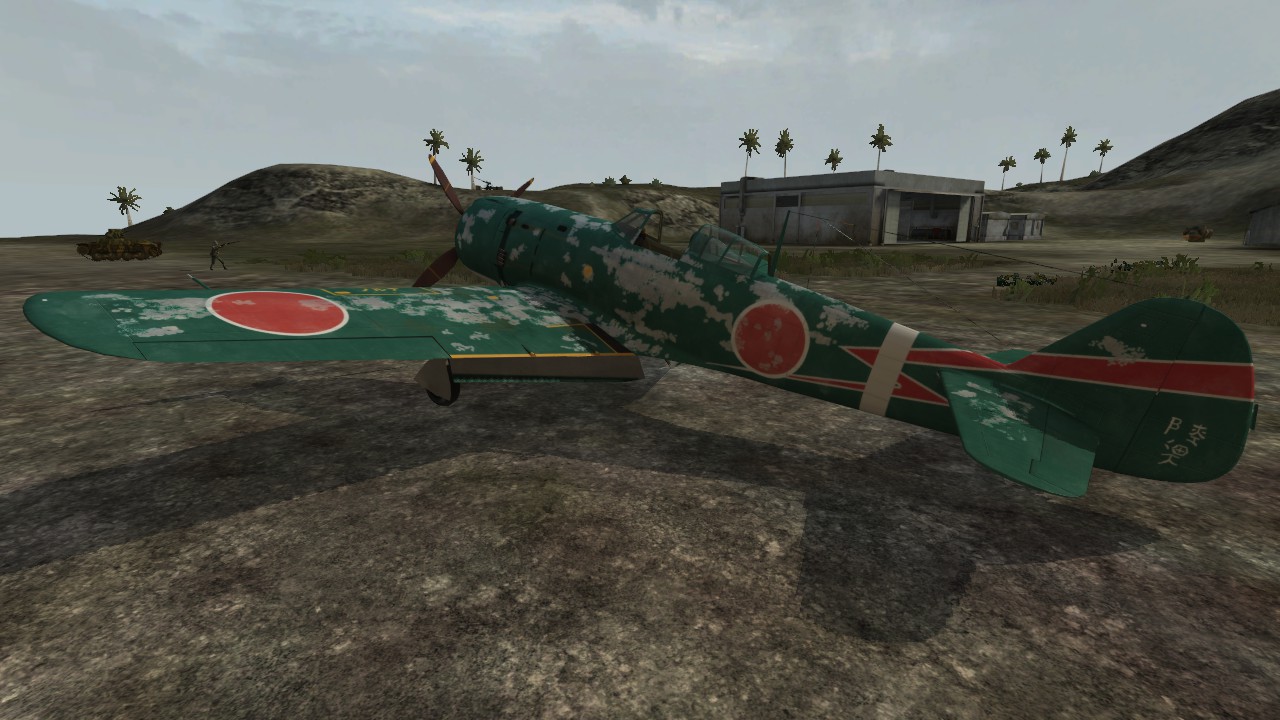 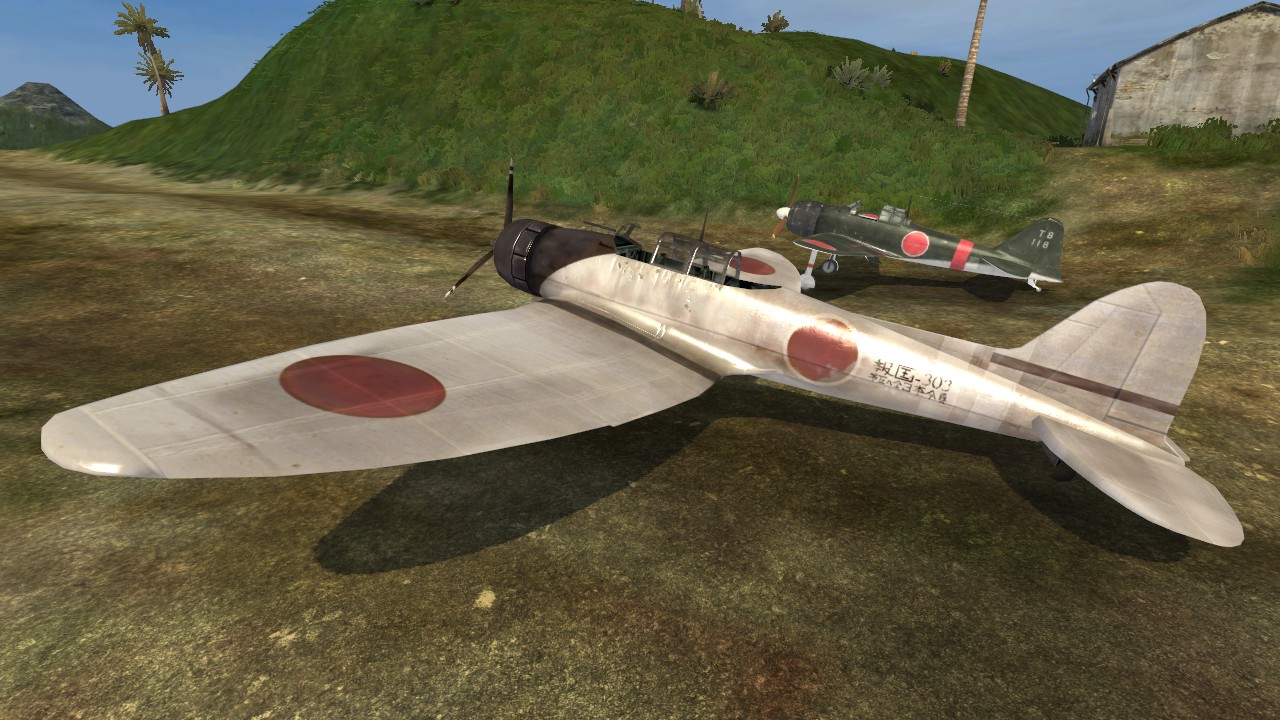 Next up are the amazing Russian tracked vehicles! 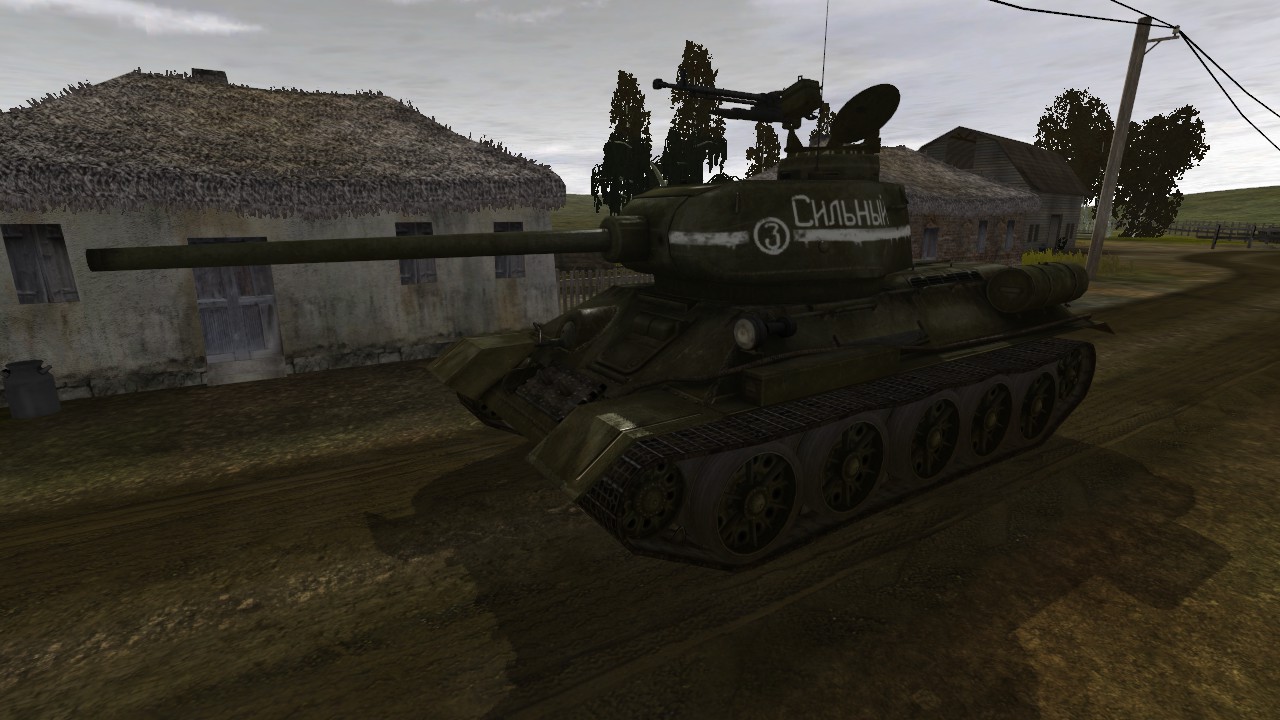 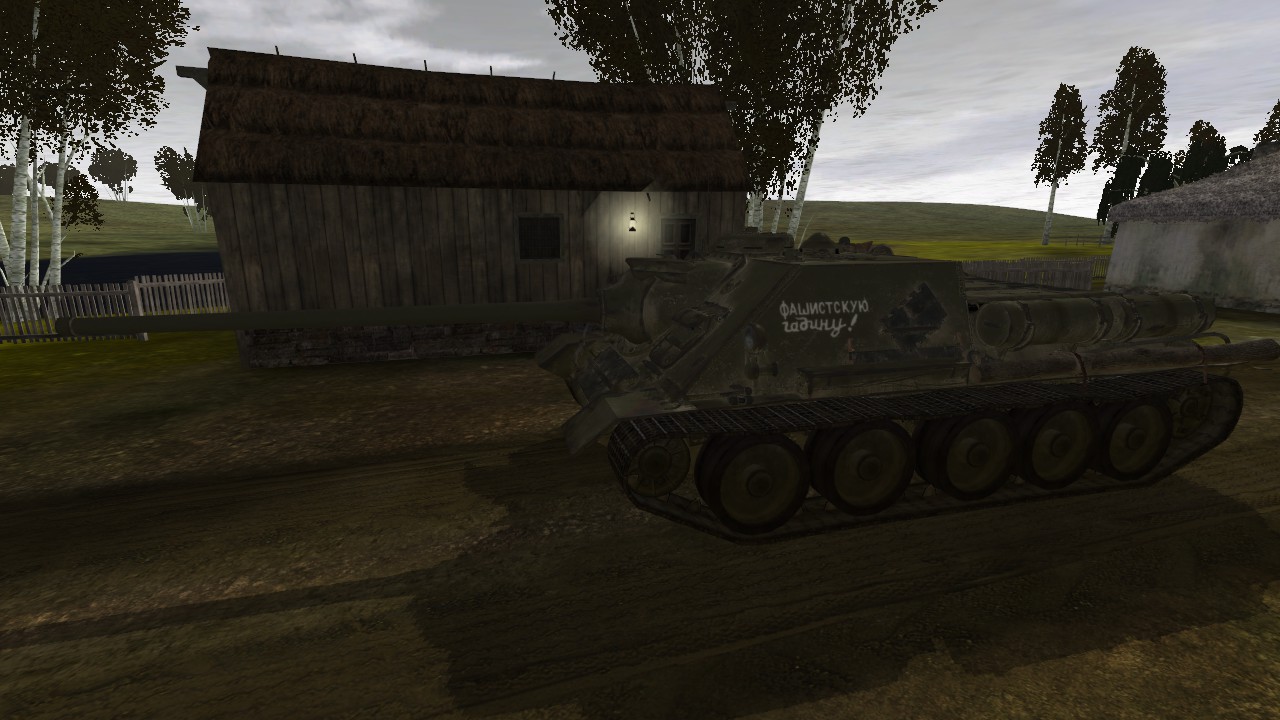 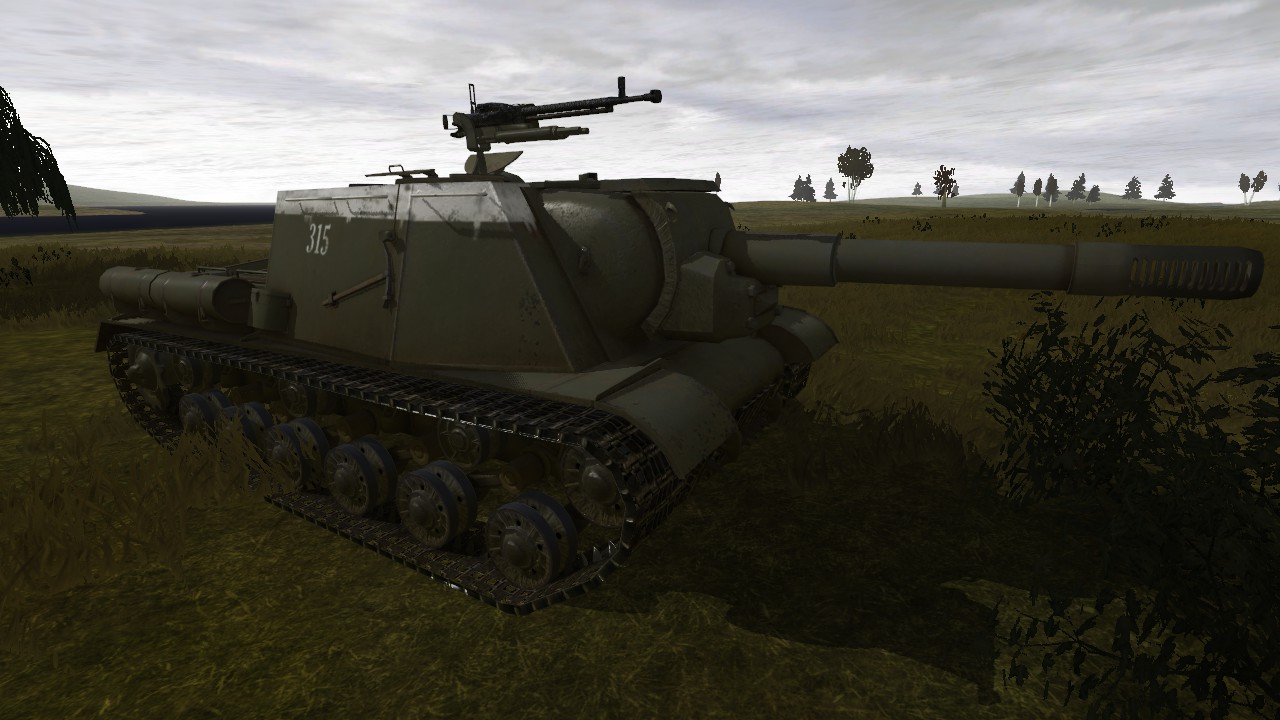 And last but certainly not least of all are the epic German tracked vehicles! 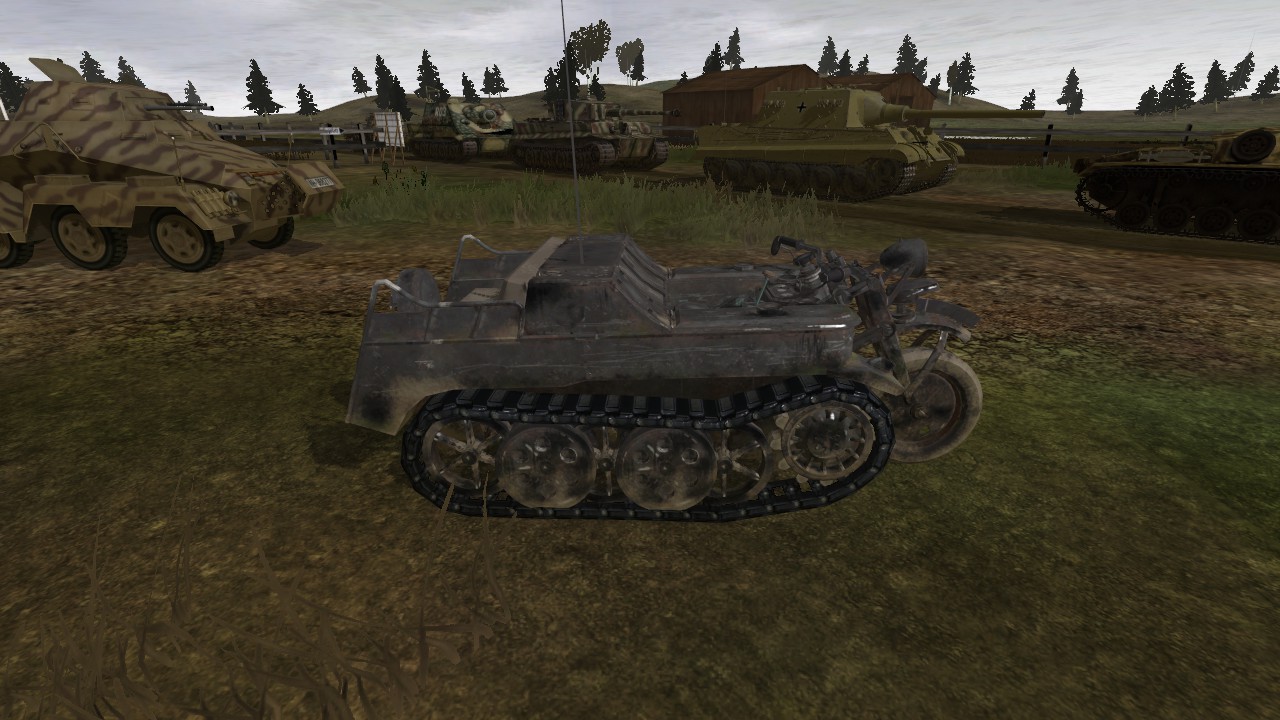 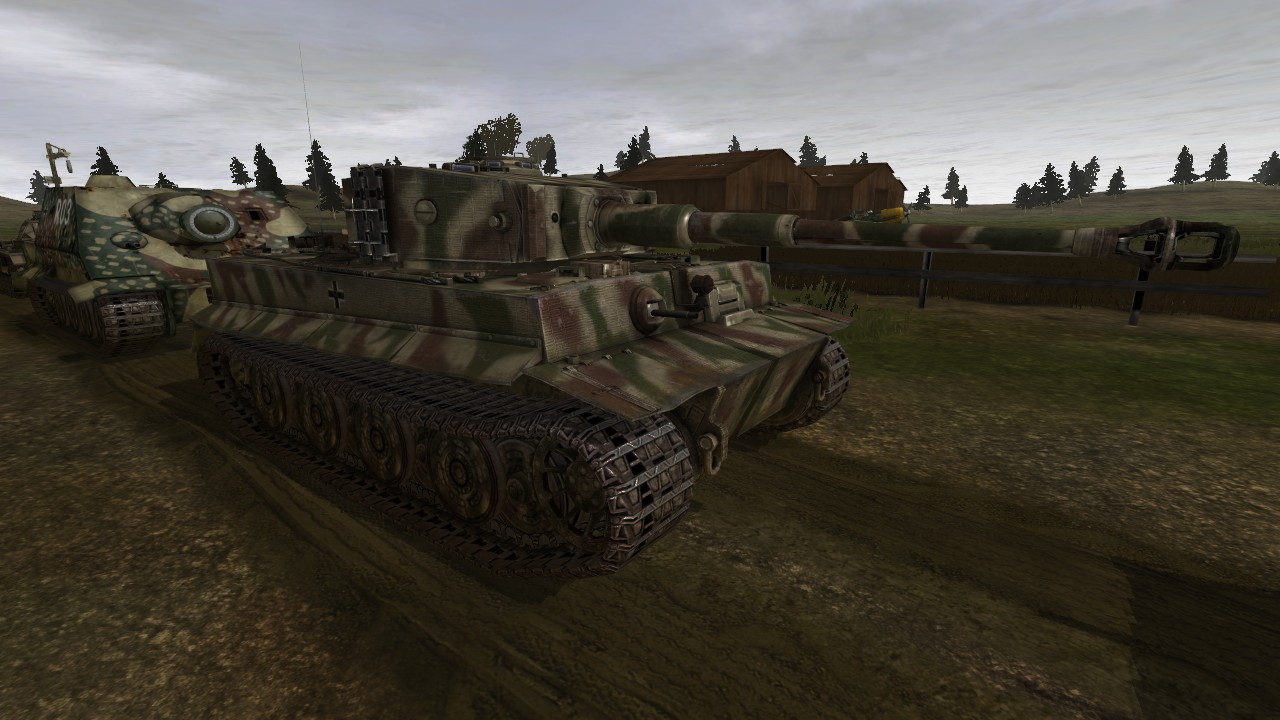 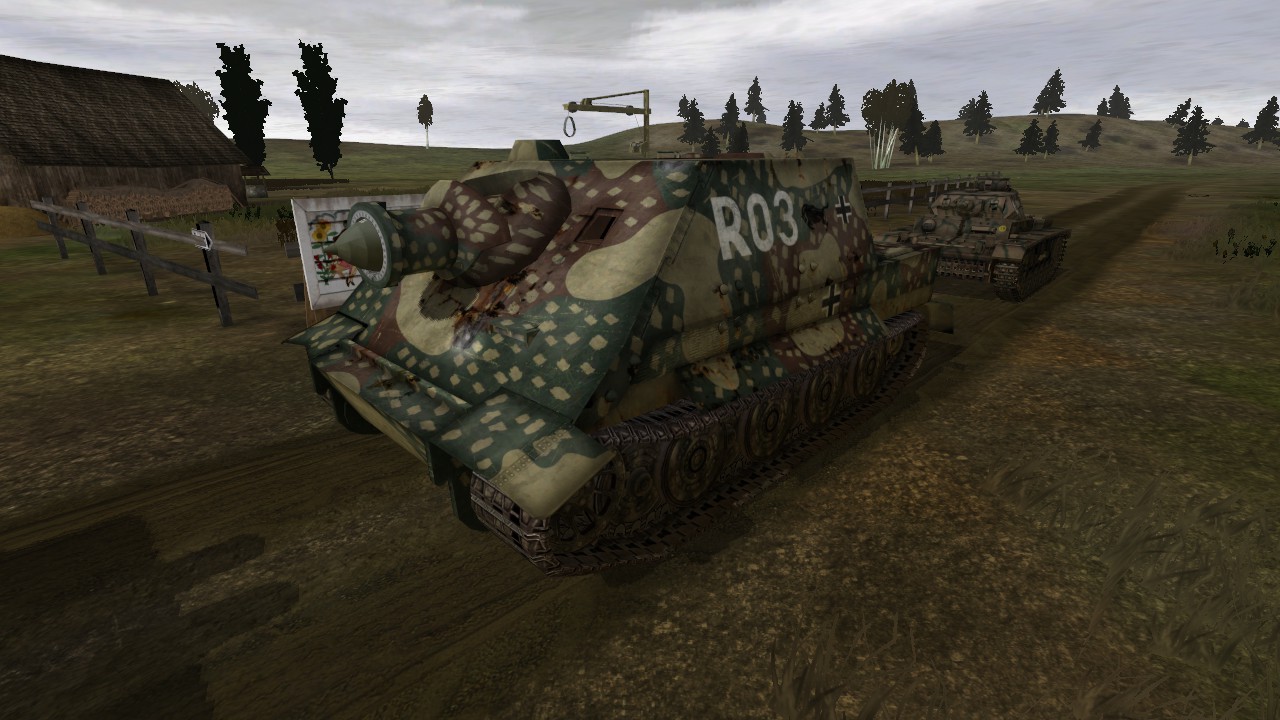 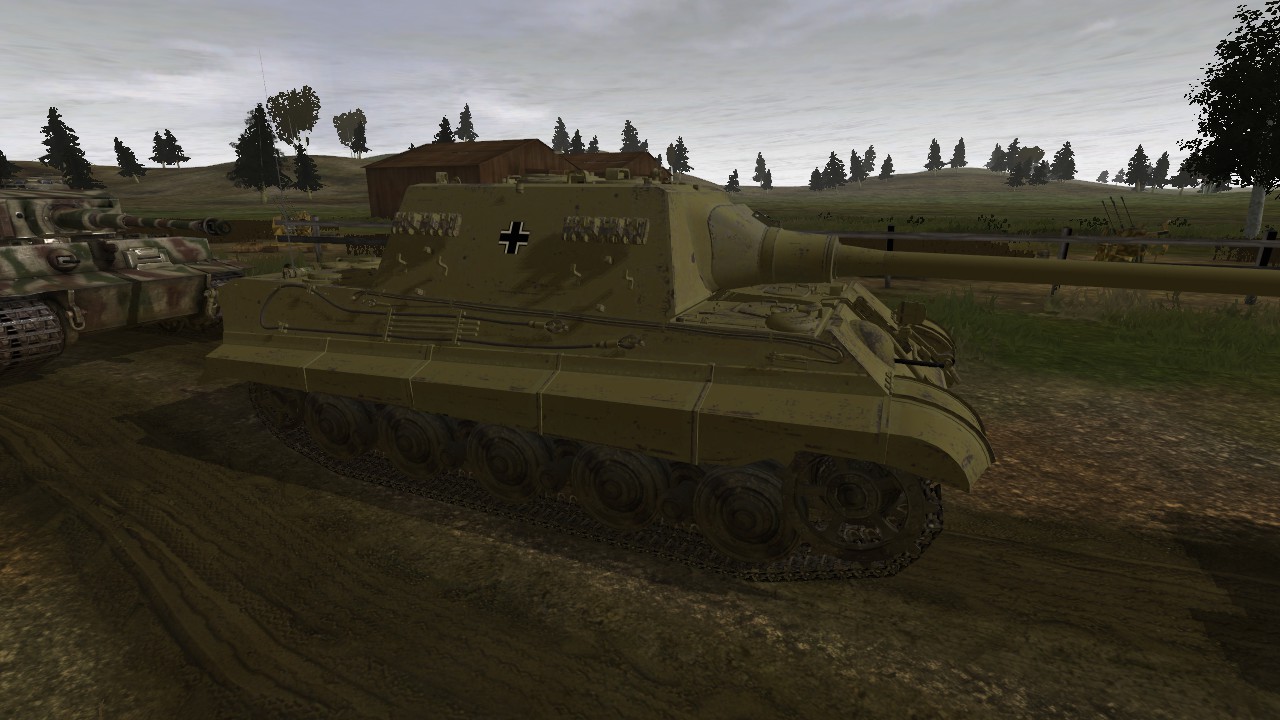 That is all for this time, we hope this has satiated your appetite for more updates for a little while longer. Hopefully we can start showing off more of the handheld weapons for the other factions very soon!

Until next time, sayounara! (´･ω･`)

Thanks! Been meaning to post something for a long time now.

Excellent work like always and its great to see you back!

Thanks! I know I have been slacking off on the updates, but just wanted to post something when there was a lot to show off at once. :)

That's not a problem, since some mods like the Operation Black Mesa, has only one update per year, but they always bring high quality stuff just like your team.

Thanks Marek. I know we all appreciate it, everybody on the team has pulled through to help out.

You greatly enhanced it! ^^

I like to think so! Te effects and everything are seriously so awesome now. Look at the LVT firing it's main gun, it has the ground effect where you shoot the cannon, and dust flies up all around the tank in a circle! Very immersive effects.

I have no doubt about it ;)

Great! Waiting for the mod

Great to see there's good stuff in here, there is not much active BF2 WW2 mod here except FH2 and this mod.

You have that Battlegroup Frontline mod for BF2 that focuses on the Ostfront but I believe it's dead even though it looked like a pretty promising mod, I especially liked the explosion effect from artillery fire

Great work on the vehicles! I especially love some of the more rarely-featured vehicles, such as the LVT(A)-4 Alligator and the Type 94 tankette. I have a question about the Pacific Theater portion of the mod, though: Is the Type 4 (AKA Type 5) rifle going to be in it? If so, I would recommend using the model from CoD: WWII as it is way more accurate than the model from BF 1943/BC2, which is just a modified M1 Garand model: https : // steamcommunity . com / sharedfiles / filedetails / ?id=1337264481

That is a great question. We were leaning towards possibly using one in the future. I will have to see about it later on though, for now we have the Type 99 Arisaka.

We will try and mix it up and use as wide of a variety of handheld weapons as possible. I typically like to have 2 different SMG's for every faction, so for the Japanese I might use a rare prototype one or something since we do already use the Type 100. For the heavy LMG we do use the Taiso 11 which you can see in the screenshot with the Japanese support class firing prone, and for assault class we have the Type 99 LMG, since it fits in with our other Assault type weapons such as B.A.R. and Bren ect. For Russians they get a Fedorov Avtomat for that particular class.

Thanks for the quick reply! Speaking of which, CoD: WWII also has the (extremely) rare Nambu Experimental Type II submachine gun. It should be in one of the weapon packs by the same uploader as the one above.

Yeah that was the type of gun I was actually thinking about using.

Holy... You guys have been busy. Can't wait to see them in action.

Awesome work! Any chance of having the Hungarians, Romanians or any of the other Axis in this game? Keep up the awesome work

Um, not sure yet. If they do it would come after the Italians if we even have the resources to add those. We are for sure adding the Chinese Communist forces as we already have a suitable player model and kit geometry for them as well as the fact they used so much equipment from other countries.

Who said we were doing any beta?

ок. no one. when will the mod be ready?

Honestly we have no idea, we only started working on it 1 year ago. There is still so much more to do to polish up tanks with 3D tank sites, and fix the planes we have that have bad issues, as well as adding some missing weapons for soldiers. We even need some maps fixed as well too. Way too many things to say for sure when a release will be ready.

Could you add the Thompson M1928A1 to the US Marines? Since in my view the Thompson M1A1 was not used by them, in addition the historical record indicates that it was the United States Army that used this variant the most, without offending that they also used the M3 and sometimes the M1928A1.

Eh not sure. I love both versions though, but the British forces do use it for sure. I will look into it though.

When will this be ready?

Never mind I just read it