An update on URR's year of *full-time development* starting soon, 0.6's release, and some other goodness.

Posted by UltimaRatioRegum on Nov 15th, 2014

Just a quick one this week. First off, I've finally found a place to move to for URR's *full-time development year*, which is this lovely building: 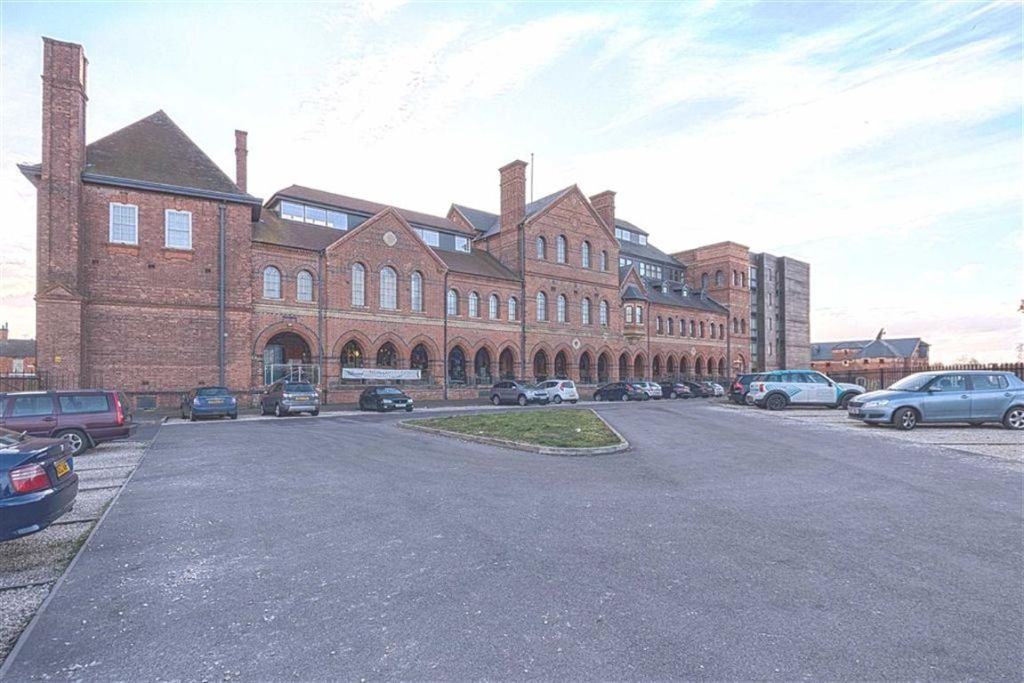 The intention is to move on the 3rd/4th of December, so we can therefore say my full-time development year will be starting on the 5th of December! More information nearer the time. I've also been planning my travels in this coming year and there are potentially a lot of places I'm going to be visiting to give talks (including this year's roguelike conference, unless it ends up in North America), so more on those as and when - I've loved meeting fans in the past, so it would be awesome if anyone was based near some of the places I'll be travelling to.

More immediately, I've redone market districts. The playtesting I've been doing has shown a serious issue in the navigation of market districts above all others - it was very unclear what the boundaries of the district were, it took a long time to find all the shops, there wasn't much else to look at within the districts, and (quite simply) there were just too many damned shops. Here's what they used to look like: 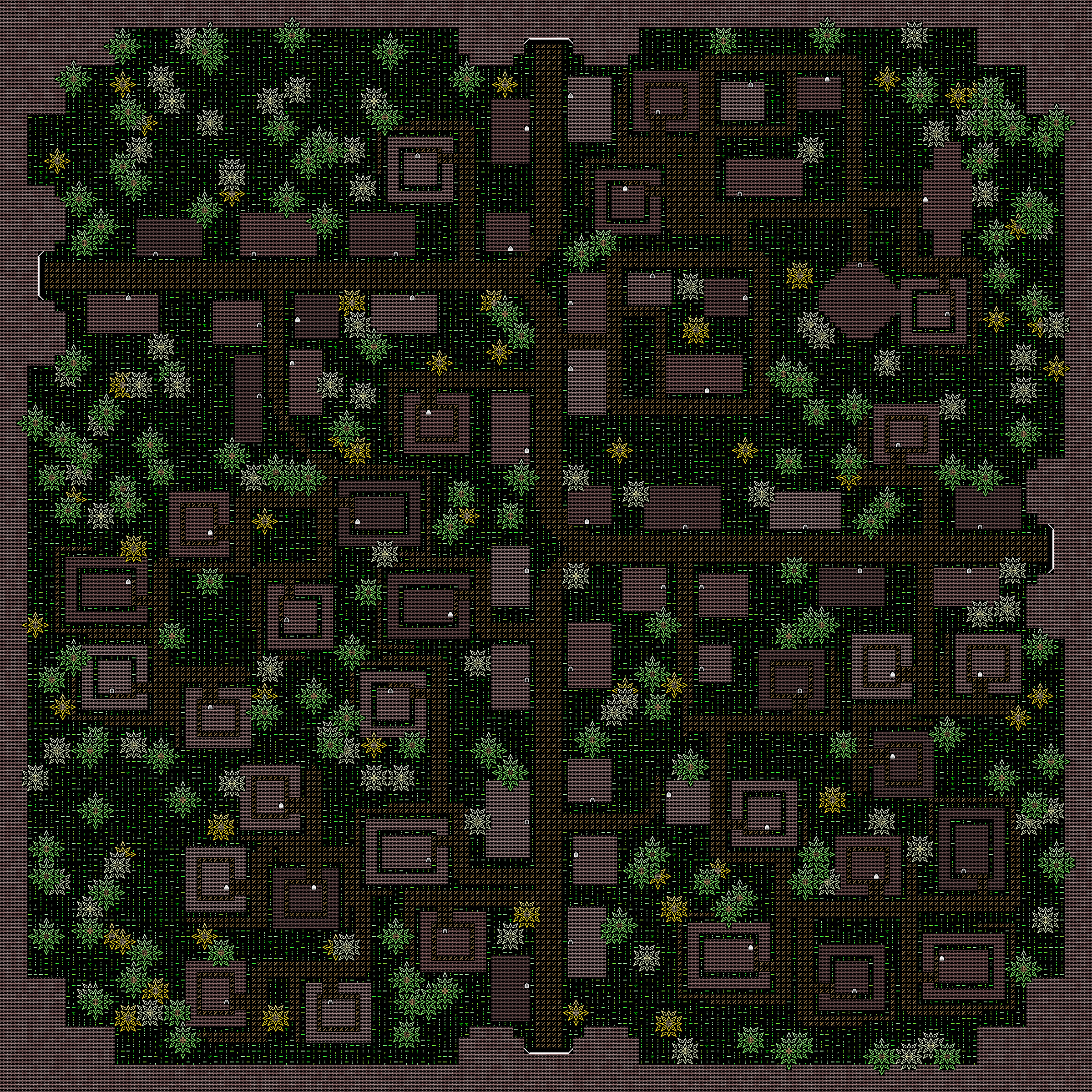 As you can see, there's a huge number of shops (the normal buildings) and warehouses (the enclosed/walled buildings), but it's not clear if you'd have missed one or not without exploring the entire district because they are so spread out. That means optimal gameplay within a market district is uncovering the entire thing rather than having some idea where to go for the shop you wanted, and that's just not on. Instead, I decided to blend market districts with some of the housing districts, to create something like the version below. In this model (there's naturally a large number of variations) the markets and warehouses that service them are placed in a pattern in the middle of the district. All the patterns make it very clear when you walk around them when you have "exhausted" the shops that district has, and also, this new contained version allows me to simply have fewer shops in a market district. They can now spawn with 7-10 shops (towns have only 1-3 shops, heavily biased towards 1 or 2), and always spawn with a currency exchange (the diamond building) and an auction house (the flattened cross building). 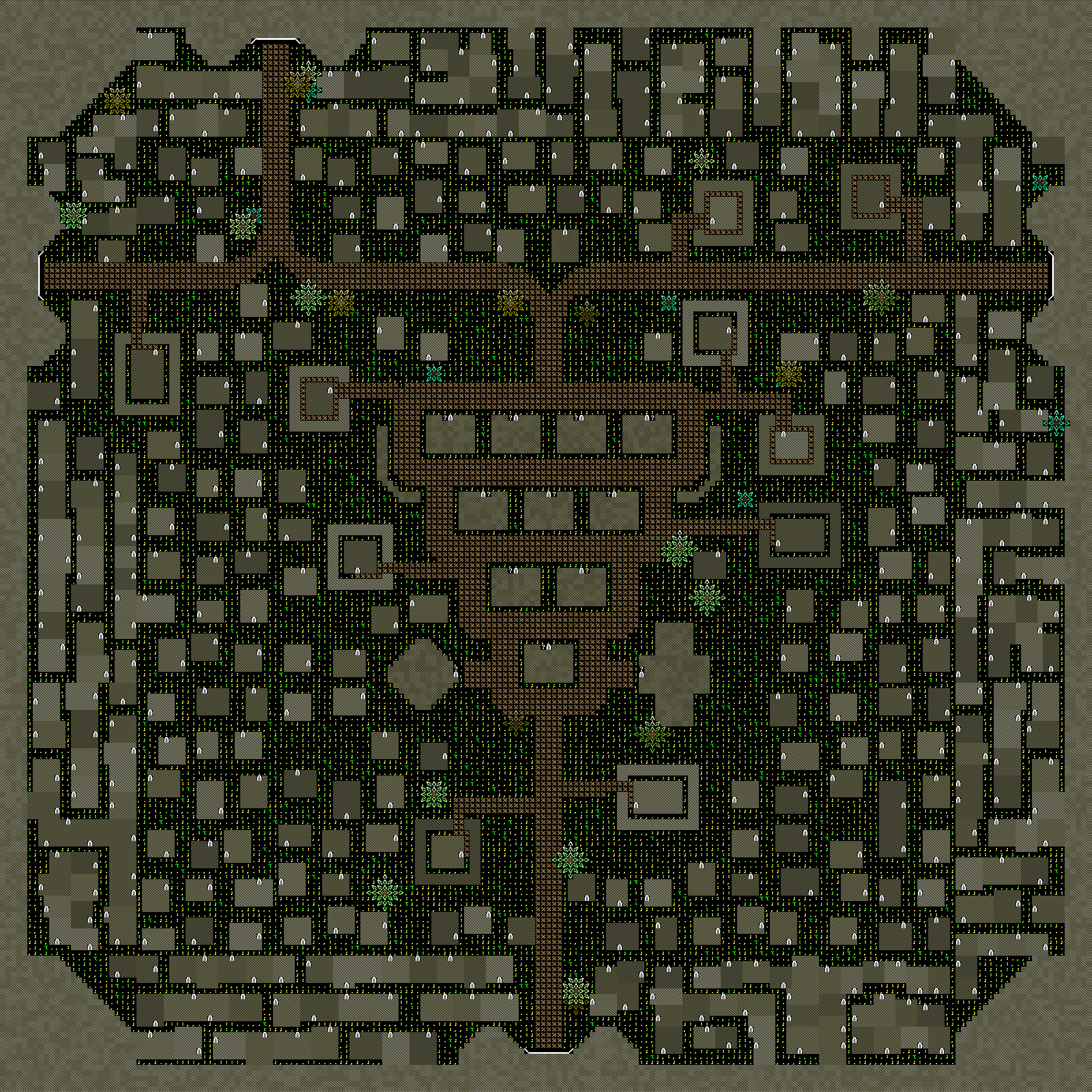 These both look a lot better, and more importantly, play a lot better. As above, there's never uncertainty once you've seen every shop there is to see, and the smaller number will make the variations in shops between market districts much more significant, as in the past most districts contained most shops, which doesn't really fit the scarcity gameplay mechanics one is used to from roguelikes. Alas, that's everything for this week, but we're only about a fortnight to the release of the colossal 0.6. There's a couple more graphics I need to make, and then it's just onto bug fixing. Stay tuned! In the mean time, you can keep up to date on my devlog, Facebook page, orTwitter!

Thanks folks! On both counts :)

Aw, now the market district is rather empty of relevant gameplay. Perhaps you could generate some small shops in among the houses and populate them with a smaller selection of the same supplies available in the main shops - but priced differently - so you might find a good deal with further exploration.

On the contrary, it is more full than before! In the prior version almost everything could be bought in almost every district, a far cry from the roguelike emphasis on item/resource scarcity; this has improved that, making you actually make serious decisions about what to buy, and actually making market districts even more valuable by reducing the overall global quantity of items. Equally you no longer have to wander aimlessly until you've mapped everything - you can be sure when you're explored the whole place. There *will* be black markets, which sound like the kind of thing you mentioned, but I think those are going to be hidden and require information/communication/conversation to uncover them. The precise mechanics are not settled on yet though...