Sandstorm Productions is happy to announce that the latest update to Mare Nostrum is now available along with 26 brand new Steam achievements! Mare Nostrum is free to all those who own Red Orchestra and can be simply downloaded and installed through Steam.

Mare Nostrum brings the British Commonwealth to Red Orchestra, focusing on the deserts and towns of North Africa and the surrounding Mediterranean. A trailer is available on the Steam web page, along with screen shots and more information. Now you can play as British, Polish, Australian and Italian troops, with a huge range of additional features:

· 26 all new Steam achievements.
· 14 new infantry weapons, such as the ever-distinctive Thompson
submachine gun, Bren machine gun, Beretta 1934 pistol, and the SMLE
rifle.
· Full Italian and Polish localisations.
· Over 20 new crewable vehicles including the Carro Armato M13/40 and
Semovente 75/18 for the Italians, countered with multiple Valentine
tank variants, plus the Stuart I, Matilda II and Vickers Mk VIB.
· 12 new maps, including: 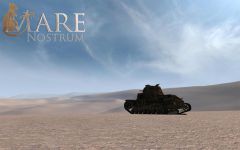 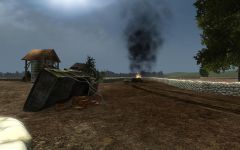 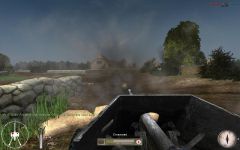 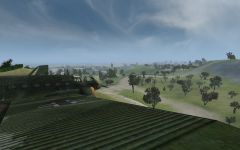 So whether it is the North African campaign, roaming the deserts in the armoured vehicle of your choice or the bitter fighting in Crete and mainland Italy, new and old players alike will get a chance to see why RO remains a classic. Now with the opportunity to re-play those battles RO-style, courtesy of Mare Nostrum! For more information on the mod (and to see the trailer) head to the Steam page.

Well yeah, but the fact they RELEASE new content is nice. :P

There's two servers with 50 people and one with 20.

I hope you all enjoy!

I really wish that shells popped out of the gun when you fire it.

Great stuff. Looking forward to this

Good to see some Fallschirmjäger in the mod now,though not totaly glad with them.But there a good start,and hope little things maybe fixed later on in updates?.