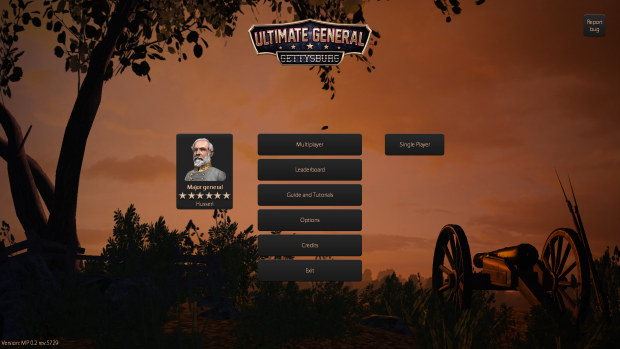 Finally you can have many saves.
This way you may also create your own battle situations that you wish to replay.

Selecting multiple units is now very easy by drawing a lasso around them.

Artillery officers will now handle much better their targeting without your manual input.

Melee will be more lethal but over-charging will bring your army to exhaustion much more than before.
Due to this, the armies will have a tendency to rest for a while while exchanging artillery fire.

The tutorial videos we wrote about in the preview notes of the patch will be available in the next update. We would like very much to know how you find all these new improvements and await you in our much more more improved multiplayer. Your feedback is always taken into consideration. Provide it at Game-Labs Forum and Steam Forum. You can read all our previous blog updates at this link: Ultimategeneral.com

Will we soon see a linux version too?

We would like to offer a Linux version after the full release of the game and after it has been stabilised enough.

Used to play the old school Gettysburg. Such a good game. Really good work on your part!