Lots of new screenshots and a good deal of progress. I have nearly every weapon in-game and functional, and a number of details have been improved, such as blood effects, muzzle flashes, and animations. Check it out! 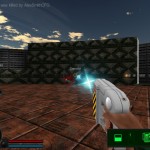 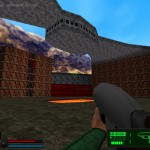 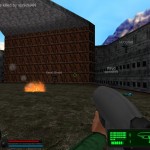 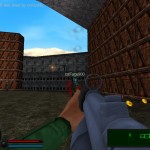 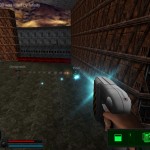 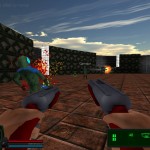 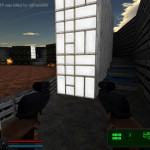 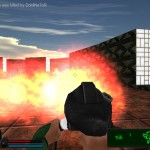 You guys are the best. Keep this up. I've always wanted to play a multiplayer friendly Marathon with Quake+ graphics and gameplay. Marathon today just isn't playable over multiplayer anymore. We are just to spoiled with today's MP games.

Pretty sure Alex here is a one man team, and Marathon Infinity multiplayer is very much still played over the net. Download any of the marathon games for free and the high res texture packs, use Aleph one to play in Windows XP, Mac OS X, or Linux.

*double post*
my bad, lol. we really should be able to delete these Pr

Thank you Brad! I appreciate the kind words. Pvt. Johnson is partially correct, in that I this is mostly a one map operation, but I do have a good handful of people doing scripting, sounds and music.

While I can create all the visuals without *too* much trouble, I am handicapped when it comes to sound, music or script creation.

I forgot to mention that a lot of the original Marathon map textures you see in the screenshots, were done by Jay Faircloth. He's a fantastic texture artist, and helped me a lot by letting me use his textures.