Unvanquished ships with its own stock set of ten maps. This article presents an overview of our current collection of maps, as well as how we've improved on mapping since Tremulous.

Unvanquished ships with its own stock set of ten maps, ranging in size from small maps meant for clans to duel on, to larger ones meant for huge public games. Our maps have all been made by members of our development team, and are continuously updated across our release cycle. Some maps have been upgraded from their original incarnations as Tremulous maps, while others are entirely new creations. This article presents an overview of our current collection of maps, and we are always looking to expand our collection. It's an easy way to join our team, too!

Here’s a word from Viech, our art director, gameplay designer, and all-around cool guy who does a million other things:

Viech wrote: First of all, if you have experience mapping for Tremulous, there are a few new features you may like!

We support textures with normal and specular maps and we also ship seven texture sets that you can use right away. The texture sets are shared between maps, using our new filesystem that allows for pk3 dependencies, so your map releases can be really small, shipping only the textures you made or added yourself. The textures are also compressed using the DXT family, which boosts map load time quite a bit even for high resolution sets.

If you have made a Tremulous map and want to port it, we have Chameleon to support you with that. It’s a tool that allows you to exchange textures in your map with textures of different size without losing your alignment, among other things. If you want to create your own texture set there’s also Sloth, which auto-generates .shader files for you.

For both NetRadiant and GTKRadiant we have been working on new entity definition files to reflect a new entity naming scheme and new map features, which include color grading and audio reverb effect. You will find that a few entities have been deleted or corrected which were already outdated under Tremulous.

We cleaned up the pk3 structure a bit adding a subfolder for meta-data such as the levelshot and the .arena file. You will also notice that the new file system prevents other packages from interfering with your own resources as they are only loaded if you add them as a dependency of your map or mod.

Now for all our maps, in alphabetical order: 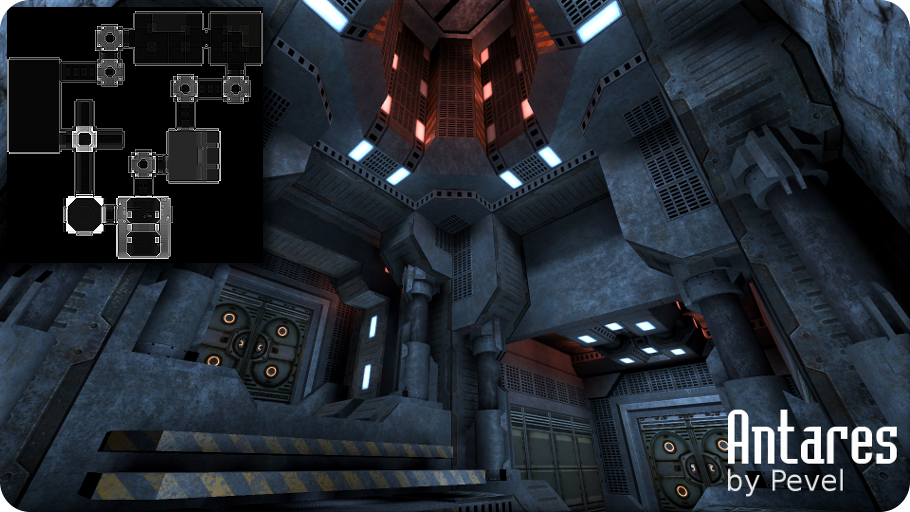 Antares
Designer: Pevel
Version: Alpha 4
Size: Small
Originally a small map for Tremulous, and one of Pevel's first maps, Antares has been massively overhauled in comparison to its previous incarnation. The map as a whole is much more detailed, has new rooms, and is still in development. 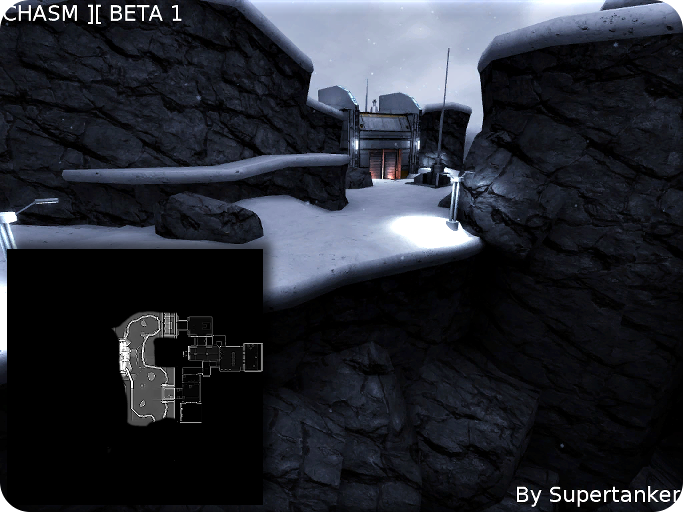 Chasm
Designer: Supertanker
Version: Beta 1
Size: Small
Consisting of two bases connected by a series of corridors on one end and and a snowy field on the other, Chasm fulfills the niche of a small, nearly symmetrical map for clan matches. The map also features a large chasm of instant death, which led to its current name. Previously, it was called Snowstation. 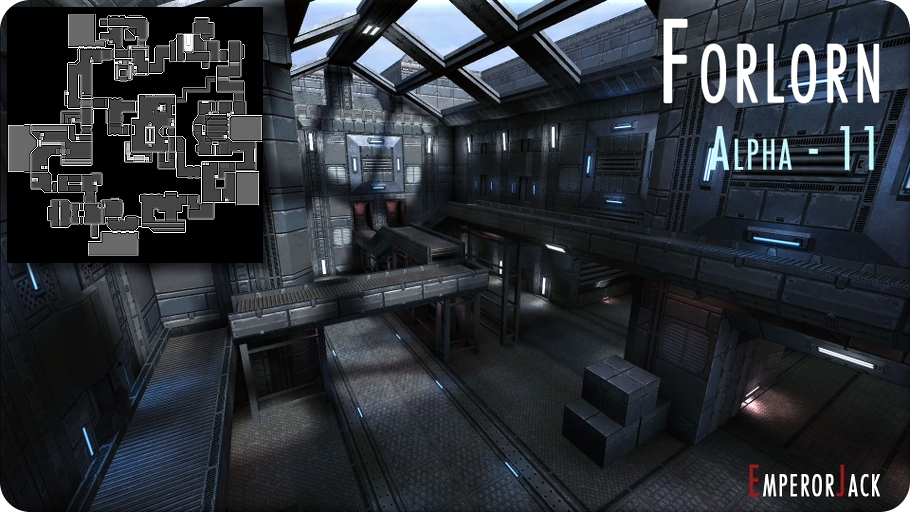 Forlorn
Designer: EmperorJack
Version: Alpha 11
Size: Medium
Another one of our new maps, Forlorn has been in development since last year, with new releases constantly updating its appearance as Jack details the rooms and corridors. The map has been in development alongside a new texture pack that will be the first from our project. 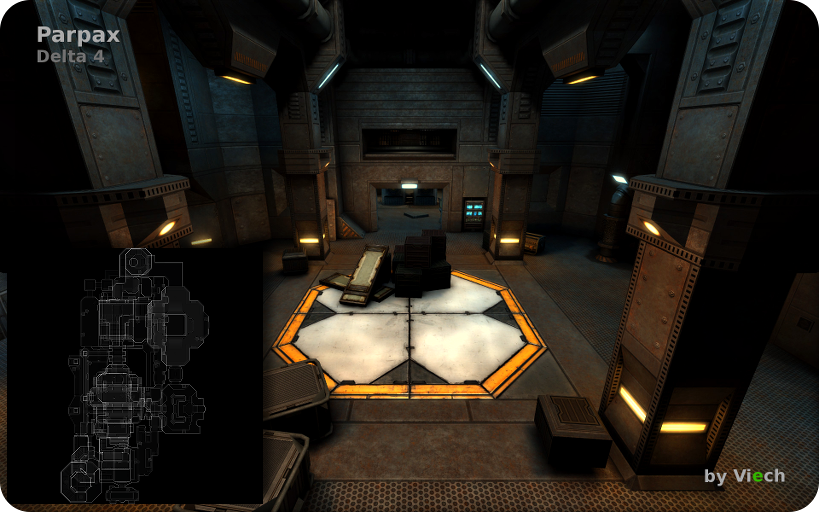 Parpax
Designer: Viech
Version: Delta 4
Size: Medium
One of our earliest maps, Parpax has seen continued progress since its inclusion in our project several years ago. The present map is a result of constant updates to reflect game balance changes, as well as feedback from players on its layout. 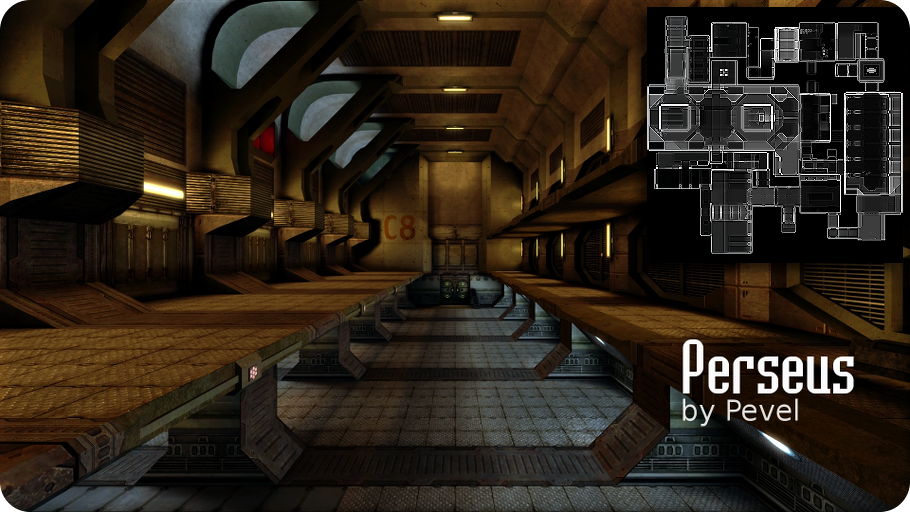 Perseus
Designer: Pevel
Version: Beta 5
Size: Medium
A medium-large map designed as a sort of futuristic prison complex, Pevel has ported it from Tremulous and provided it with an overhaul. The map is heavily detailed, and displays some nice color grading. In addition, a few gameplay flaws have been fixed, such as the vent facing the alien base. 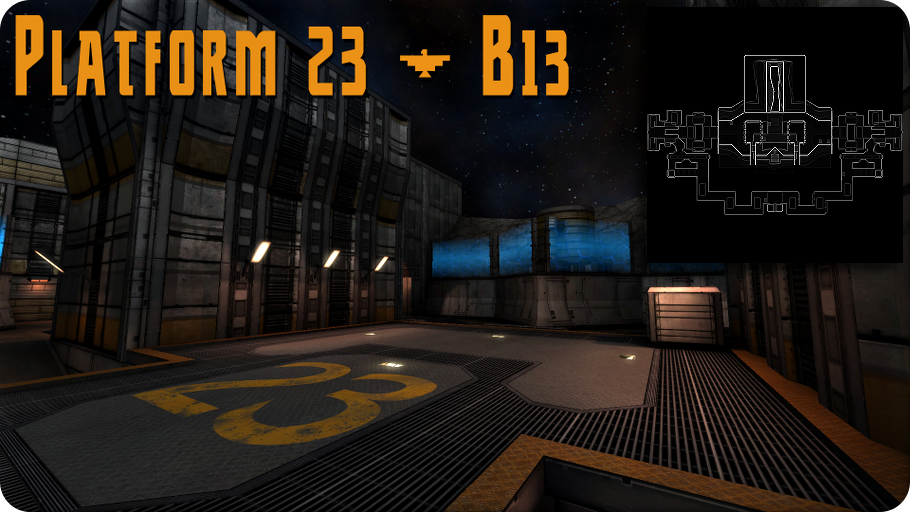 Plat23
Designer: EmperorJack
Version: Beta 13
Size: Small
The first map made for our project, and the only one to have been included in our very first release back in 2012. It has come a long way since then, and has been massively improved over the years. The map functions as an ATCS alternative, having a similar layout to the old map, but with a larger scale and more detail. Plus, it also has a chasm of instant death! 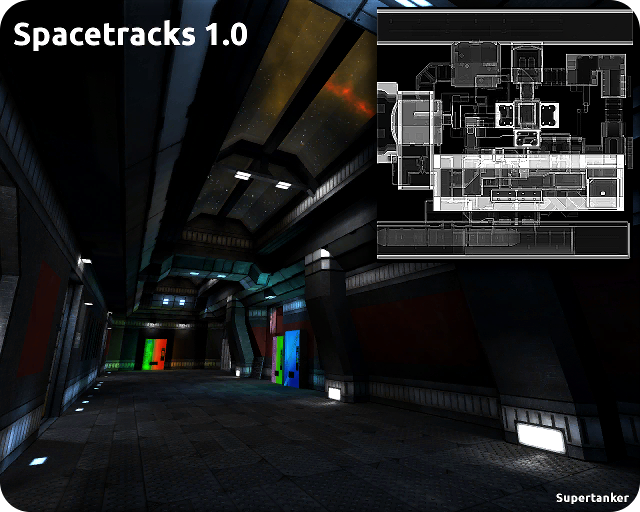 Spacetracks
Designer: Supertanker
Version: 1.0
Size: Large
Originally made for Tremulous, Spacetracks has been ported to our project by Supertanker, featuring new textures and better lighting. It still has the old elevators of death, where players can enjoy luring their teammates, only to chuck a grenade in at the last second. 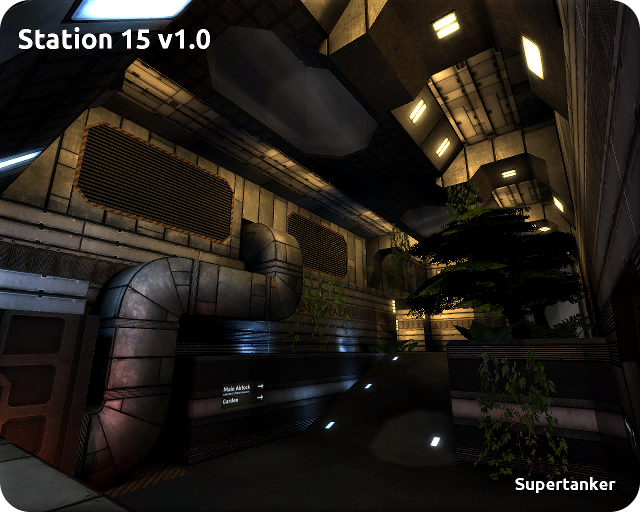 Station15
Designer: Supertanker
Version: 1.0
Size: Large
Also ported from Tremulous, Station15 is a large map with plenty of pretty rooms and a variety of routes to take to the opposing base. Compared to prior versions of the map, it's been completely retextured and features nicer lighting and shadows. 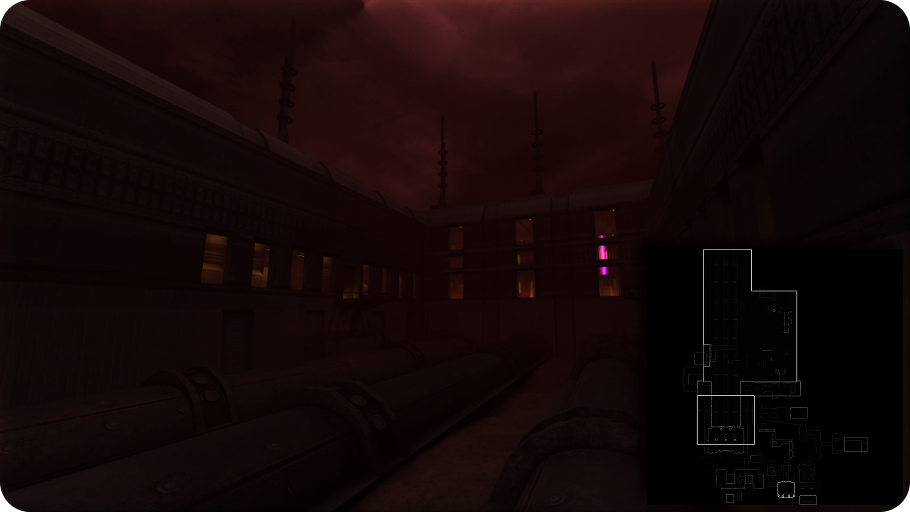 Thunder
Designer: EmperorJack
Version: Beta 3
Size: Enormous
An absolute beast of a map, Thunder is the largest by far, and is likely even more massive than several of our other maps combined. Featuring dozens of rooms and double the amount in corridors, the map is served well by our minimap and beacon systems. It's great for satisfyingly long public games! 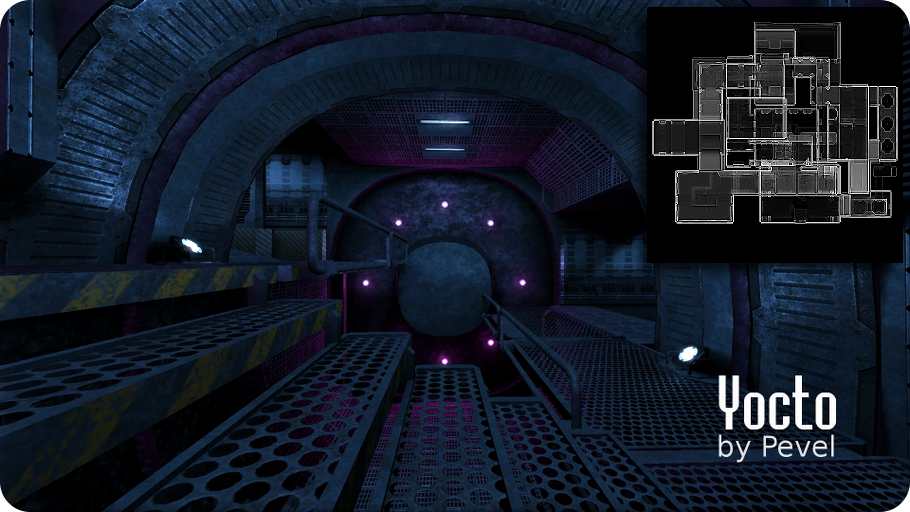 Yocto
Designer: Pevel
Version: Beta 2
Size: Small
One of our smallest maps, Yocto still manages to present an eerie atmosphere. Meant to represent an abandoned undersea research base, the map has an abundance of hiding spots to plan ambushes from, and plenty of tight twists and turns. It's also unique in having a violet-blue tone throughout.

Thanks for headsup guys!