This articles showcases our latest in planet texture development. It shows the planets of: Kuat, Mon Calamari and Corellia.

One of the last aspects of system development for us at FW:ToW has been planet textures. As developers, we felt an important way to capture the "feeling" of Star Wars was to make the planets look like the ones we all know from the movies and games. While we had been unsuccessful in the past year finding a planet texturist, we have been very fortunate to have obtained three new ones in the last two months: ScribbleHEAD, Whiskey.Actual and Shadowfire.

Each of the previously mentioned developers have started to hand craft their designs after researching each planet. Below is the latest work by our newest developer, Whiskey.Actual:


Wookiepedia wrote: Dac, as it was called in Mon Calamarian, Quarrenese, and Basic, also known as Mon Calamari and sometimes simply called Calamari, was a planet in the Calamari system of the Calamari Sector, located in the Outer Rim. It was home to a wealth of sentient species: the Mon Calamari, the Quarren, the Moappa, the Amphi-Hydrus, and the Whaladons. Mon Calamari was the name given to the planet by Human explorers from the Galactic Republic who first discovered and revealed the world to the rest of the galaxy. The native species referred to the planet as Dac. The planet was a shining bluish-white orb from space, due to its ocean-covered surface. It was home to 27.5 billion Mon Calamarians and Quarren, as well as surrounded by the impressive Mon Calamari Shipyards.


Wookiepdia wrote: Kuat was home to Kuat Drive Yards. These famous shipyards, used to build ships for both the Galactic Republic and later the Galactic Empire, circled the planet for thousands of kilometers. 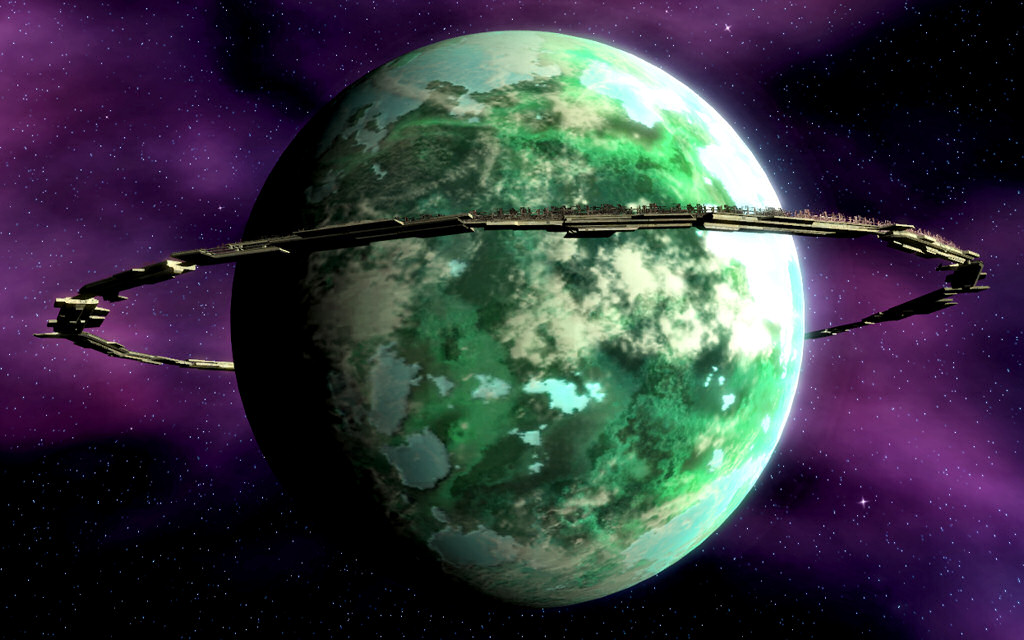 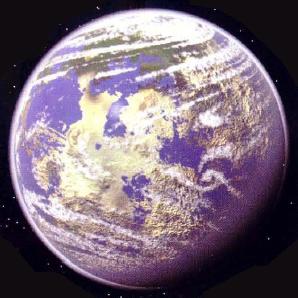 Wookiepedia wrote: Corellia was the capital planet of the Corellian system, which included Selonia, Drall, Tralus, and Talus. It was also the birthplace of smuggler and New Republic General Han Solo as well as Rogue Squadron pilot and New Republic hero Wedge Antilles.

Collectively, the planets of the system were known as the Five Brothers. As the largest planet and the closest to Corell, Corellia was often called the "Eldest Brother" or the "Eldest." Historians believed the Celestials assembled the system artificially, the worlds brought from other parts of the galaxy for unknown reasons. Some believed that these Celestials populated Corellia with Humans from Coruscant.

They look very nice!
Shouldn't have Corellia a purple atmosphere though?
It's a bit strange there... In Empire at War, the colours of the planet were very earthlike, but in some other games for example Star Wars Galaxies the sky was purple like in that wookieepedia picture...

The games are so variable in the canon they follow. Thus, we didn't feel purple atmospheres would be appropriate, nor realistic.

As always great job, guys!I loved Dak(Mon Calamari!
Of course you're trying to bring Freelancer engine to its limits and you're doing great, but may I ask you some things?
1)Are you going to add rotation to planets?
2)Is that possible to increase planet's size?
3)Are you still using Dock Rings? :(
4)Can you change landing/departure videos?Also planet's surface(land zone,bars,shops)?
5)Annoying question, but doesn't Kuat is missing one huge round thing?^^
6)Is that possible to add moons?
Thank you,Devs, for putting so much effort into this mod!We,fans,do appreciate what you're doing and will wait 'till it's done';).Thanks again.

Thanks for the questions:

1) We can, but we are not as they're much too gimmicky.
2) We have. Standard FL planets are around 3-6km in radius. We've made a majority of our planets 25km in radius. Some are over 250km
3) No. No docking rings.
4) We're using custom Star Wars cut scenes made by Aldebaran. We're debating about revisiting his work to improve it
5) Moddb.com The planet will be placed inside that ring
6) Moddb.com We have many, many moons. Oma added as many moons as canon stated surrounded planets. That means some planets have 50+ moons.

Thanks for fast repply, I'm really glad to hear that you include such details into game.Wish you good luck.
Btw,you publish news the most frequently of all other Devs, damn...I'm happy that it's you who develop Star Wars mod.

YES!! no docking ring, and realistic (or more realistic) planet sizes, i hated the fact that the were so small.

the planets looks awesome! keep up the good work!

rad work! That first picture of Corellia with the underside of the X-Wing is just asking to be a wallpaper :D

haha 50+moons on one planet LD

I'd be more then willing to re-install Freelancer to poke at this with a stick.

Infact, I'd even PAY for this game if Microsoft got it in their head to buy you guys out and franchise this through Lucas.
It would be the best Online Star Wars: Ever.

Ok, it's looking great, Dak looks very very nice btw. But I have a few Critiques,

2)- I don't think that I could play this, and not be ****** off every time I see Corellia, because of Africa!!, You can do better then to rip Africa off Terra and put it on Corellia.

Other then those I think your doing a great job, keep it up.

I only have two nitpicks, and only one is realistic.

1)I'm not loving the fact that I can easily pick out Africa, Australia, Paupa New Guinea and such with out even trying on corellia.

2)The ring around Kuat. I know that would be reallt hard though, but it looks so cool so I had to mention it.

The graphics look supurb though, and I can't wait to play this mod. You guys are doing a fantastic job!

The ring is already made: Moddb.com

I'll see what the guys can do in terms of Corellia.