One of our goals in developing of Clones was to develop a set of unique characters with their own special traits and personality that makes the game interesting. This article discusses the steps that we took to bring the CloneMasters to life.

In our previous article, we talked about the design of the clones character. However, just as importantly we also have the CloneMasters that help to make the Clones game much more interesting by introducing characters that allow us to be more creative and immerse the player in a world where there are good guys, bad guys, etc. This article discusses the process that we took to develop these characters. 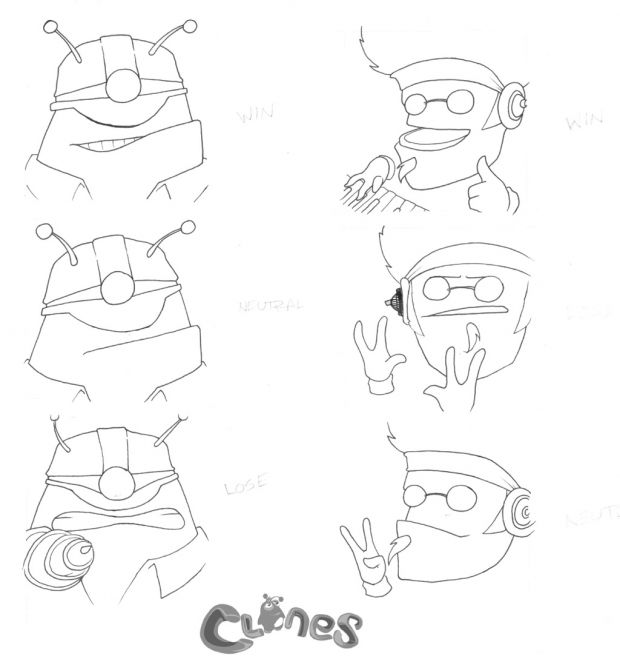 The next step was to give each of the CloneMasters a name, a place of origin, a brief description about them, a summary of their personality, assignment of gender, and the location on the Clones Planet that they currently reside at. We also put together a document that shows the relative scale of each of the characters with respect to each other (and the clones character). You can find the description of each of the CloneMasters on the official Clones website. This information was really useful to help sculpt the characters and put everyone on the development team on the same page.

Initially, we thought that we would include 2D drawn images of the CloneMasters (as avatar images) but it was then decided that to get the level of quality that we wanted, the characters needed to be designed in 3D. Each of the CloneMasters were modeled in 3D Studio Max and textured. The models went through numerous revisions to get the subtle details that were conveyed in the concept artwork and the description of their personalities. Below is a sample of Wattson R. Ice before any texturing. 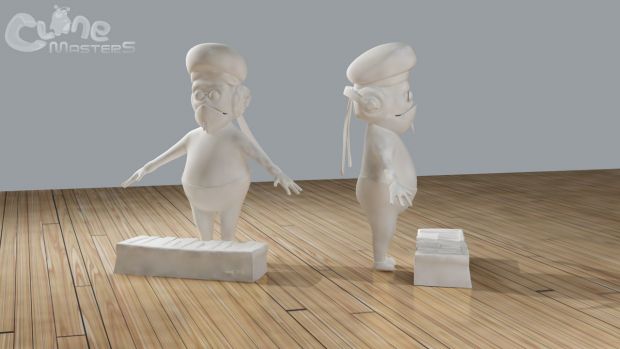 Normally when playing Clones, the player will discover the CloneMaster's personality and behaviour by what they say and do in each of the levels they are at. In addition, we decided to include short (15 to 20 seconds) introduction videos that play the first time the player visits a CloneMaster on the planet. The purpose of the video is to learn the CloneMaster's name and to set the tone for that particular CloneMaster. To develop the introduction videos, we created peer reviewed scripts that were then used by our animator (we didn't story board it because the scripts were really short). As for the audio for the intros, once we had the final version of the video, we put together an "audio script\" that indicates the frame numbers that we wanted certain special effects to play. The audio script was peer reviewed and used to create the sound effects for the video. Below is the introduction video for DrillDude (the first CloneMaster the player will play in the game).


The game will also include a video for each CloneMaster after the player defeats them in the final multiverse match. We feel that this is important for the overral gameplay as it will reward the player and encourage them to complete the game.

From a modding perspective, it is possible create your own level sets with your own CloneMasters. This functionality is built into the level editor itself so it makes it really easy. If you want to learn more about Clones, check out ClonesGame.com!

the clone master customization, is it bodies limbs and general morphing capabilities or is it just going to be colors and clothes?

The CloneMaster models that we include in the game will not be customizable (as these are all pre-rendered). However, you can add your own pre-rendered characters to the game (ie. avatar images for win/lose/tie expressions) and link them up to a map set.

Pushed this back to the top so people can check out the video.

errr, when it renders that is.... video servers are having issues today - sorry.

The Watson Ice guy has pretty small feet, maybe part of the design, though. Didn't make out, if the brick is supposed to be made of ice, either.
Seems like a great game idea provided the interface is good. They look cute, too. I love it when something cute is designed to look evil or mad.