Post news RSS Making it in Unreal: Spartan kicks platforming back to the arcades

Making it in Unreal: Spartan kicks platforming back to the arcades.

Posted by SinisterCyclops on Jul 4th, 2017 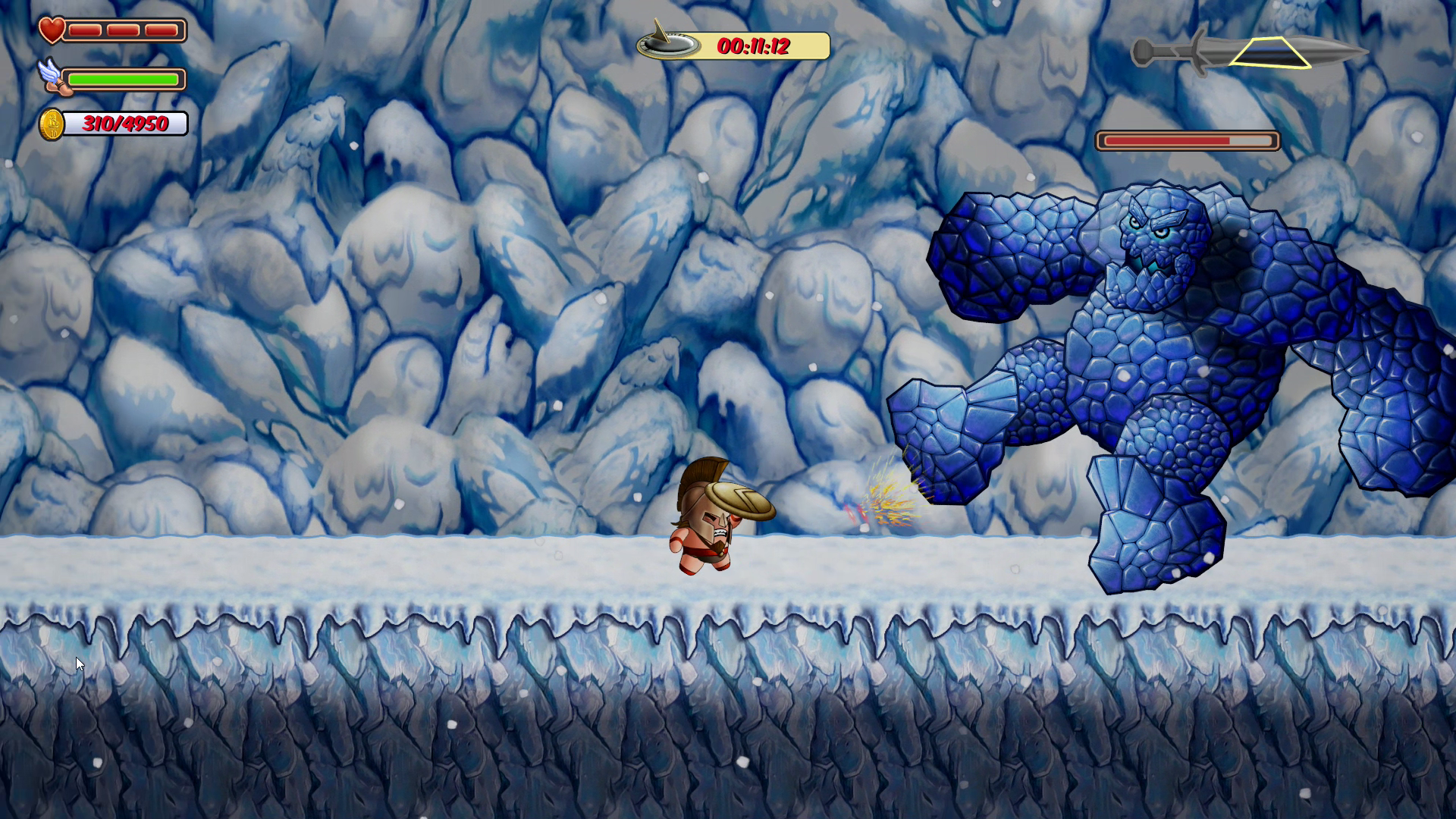 There’s a problem with some of the lush, lavish platformers of recent years. As you’re forced to squint through dense forests of detail, it sometimes becomes impossible to distinguish ledge from background, and you’re sent tumbling time and again into the abyss. An undoubtedly beautiful abyss, but still.

That won’t be an issue in Spartan, in which precision is prized above all else. Its models are Mega Man, Castlevania, Ghosts ‘n Goblins, and Mario: difficult games, even cruelly so, but fair with it.

“When you step on the last pixel, it’s not like, ‘Oh no, how many pixels left before I fall?’. We want perfect controls,” says artist Theo Antonakos, who works alongside programmer brother William (“I guess that makes Spartan family business,” says the latter). 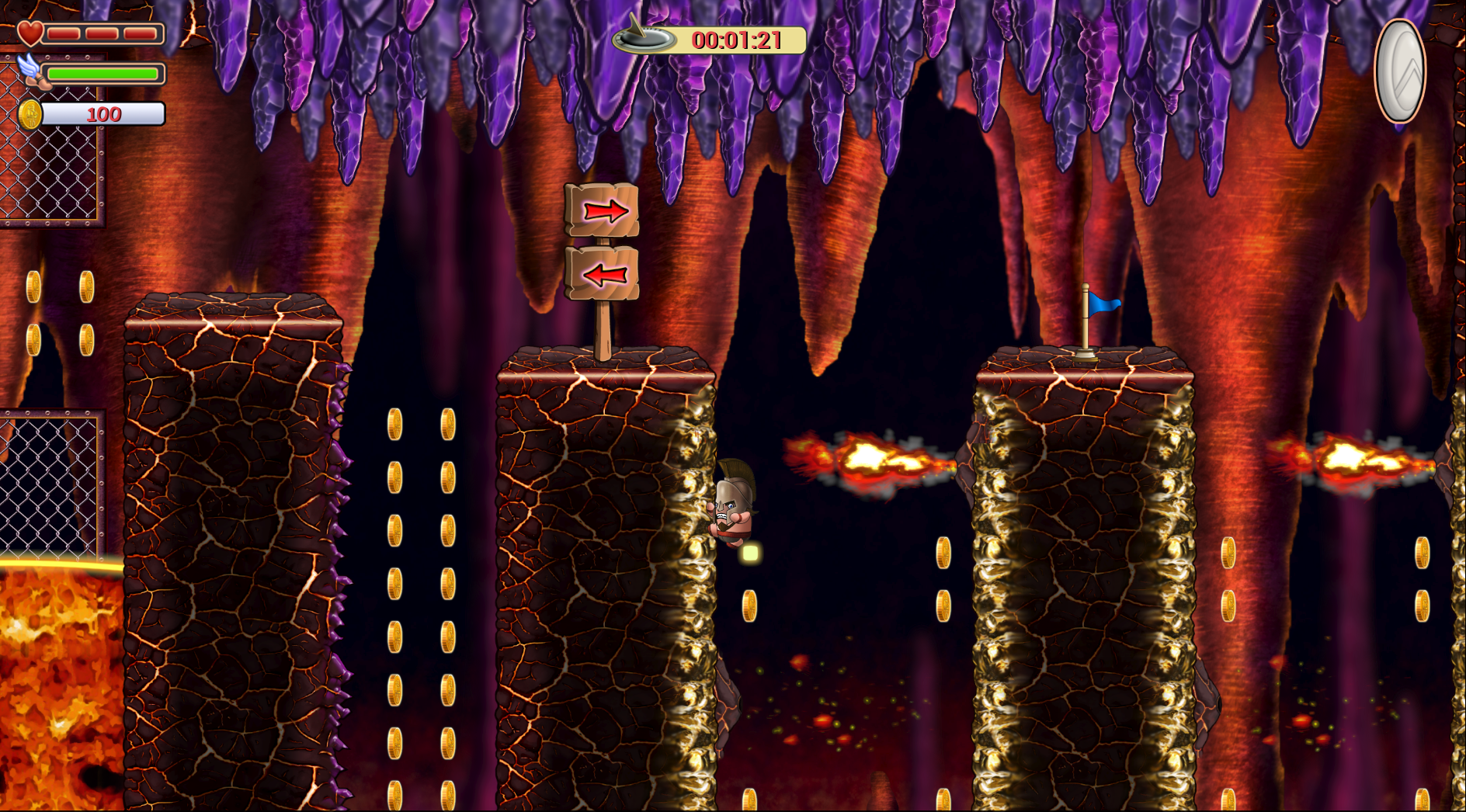 The difficulty comes not from wrestling with uncertainties, then, but from the jumps you’re asked to make, and the hazards you’re required to navigate.

“The enemies aren’t just sitting ducks,” explains Theo. “They aren’t just patrolling left and right: they’re aggressive, they have an intelligence, [and] you don’t know how the characters are going to respond.”

The Spartan - a stocky little protagonist who would have filled a big chunk of the narrow pass at Thermopylae - carries a shield, which developers Sinister Cyclops reckon opens up another dimension beyond jumping, stomping and evasion. 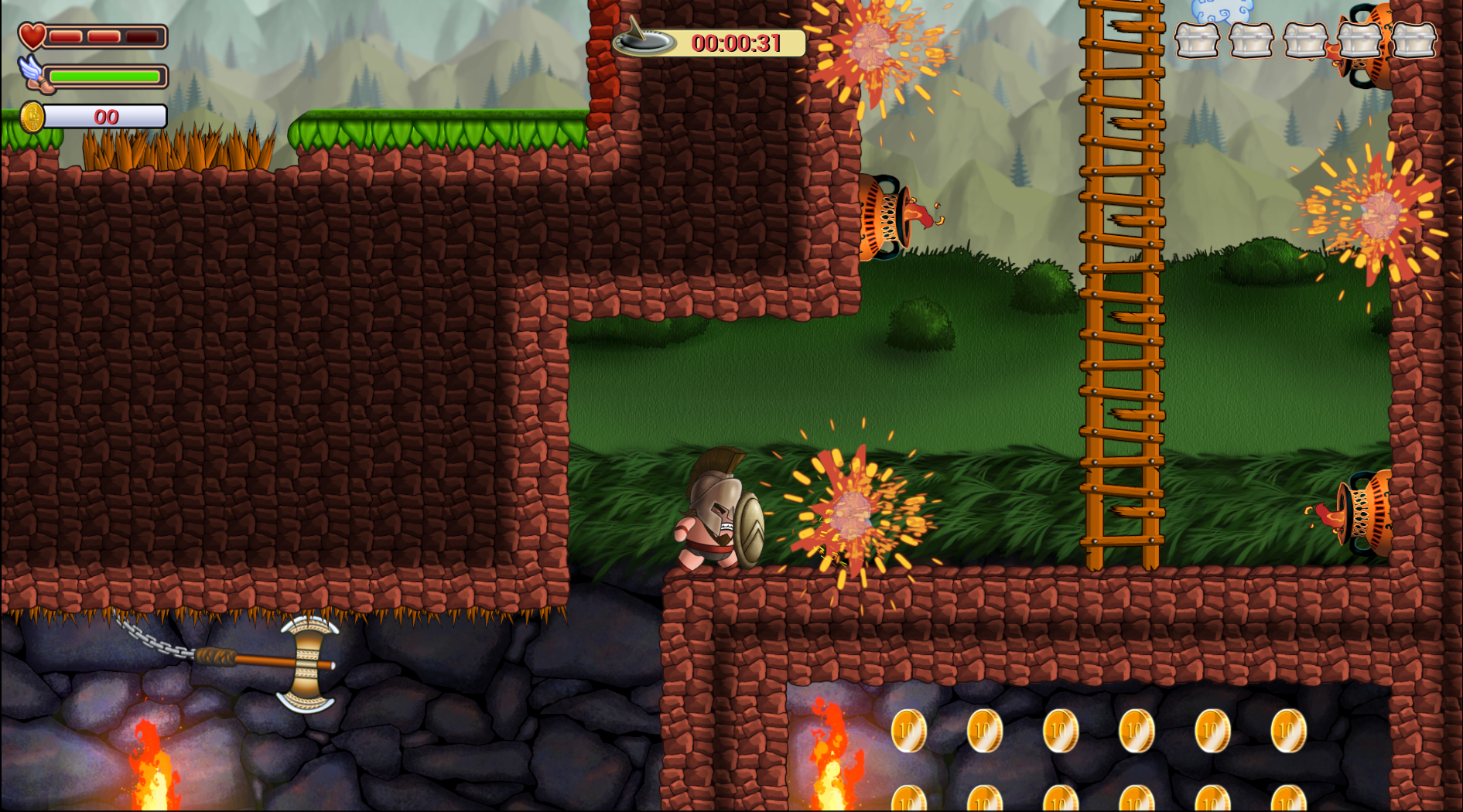 Used to defend either your body or your head, the shield deflects the paraphernalia that frequently troubles the air in 2D game worlds: arrows, rocks, fireballs, icicles and the like.

“There are areas where if you don't use your shield properly, you can't progress,” says Theo. “You’re stuck in a confined space and projectiles are coming at you, and if you can't time your block, you’re not getting through there. It’s not just an extra - you cannot complete a level if you're not using the shield.”

“It has a little bit of strategy,” expands Theo, “because you can choose where you prefer to [respawn when you] die.” 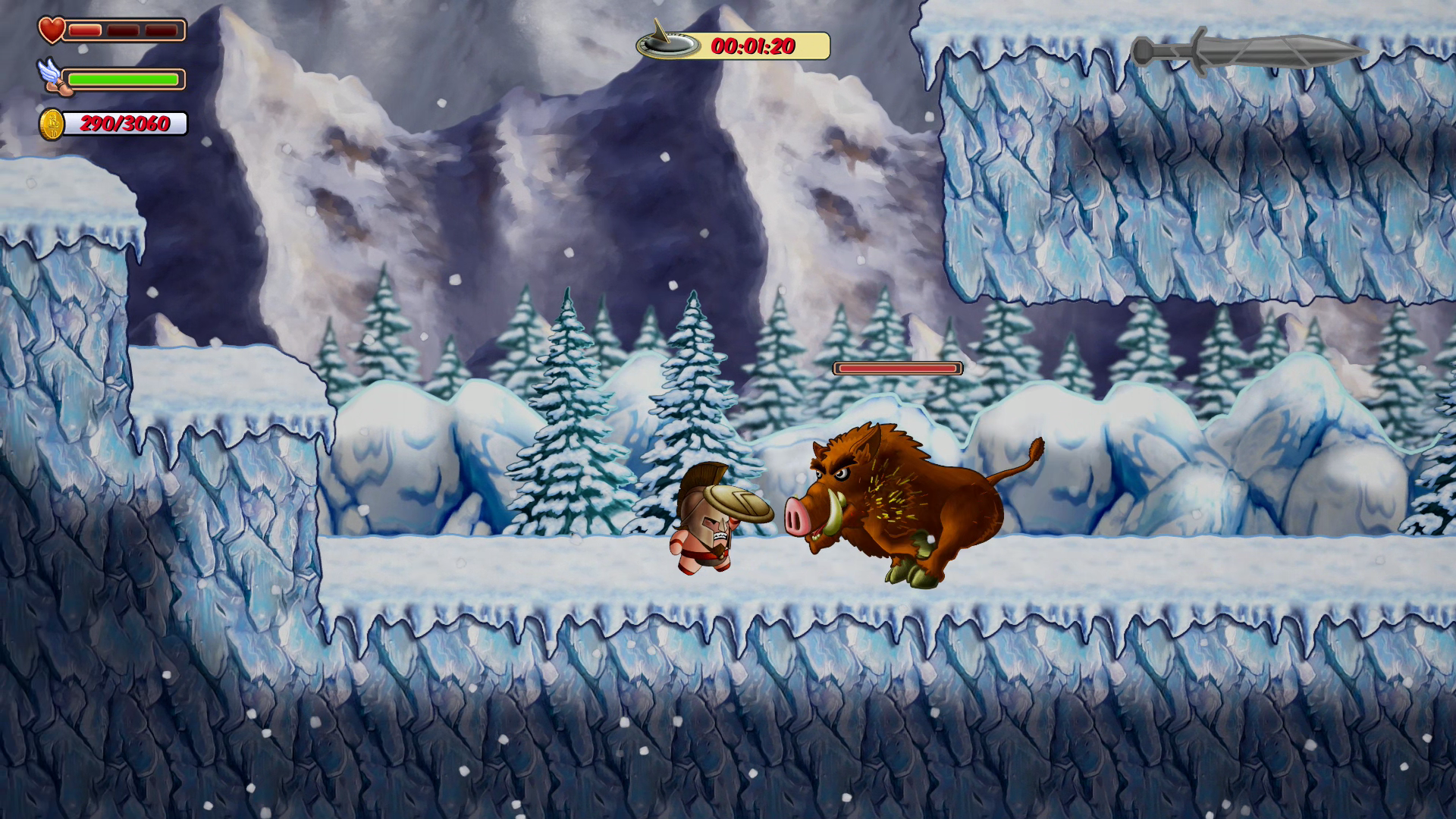 Stubbornly old-school though Spartan’s sensibilities are, Sinister Cyclops have learned from the indie platforming boom too. As in Super Meat Boy and VVVVVV, intense difficulty is balanced here by quick respawns, enabling players to repeat problem passages over and over until they achieve a kind of accelerated virtuosity.

“It’s literally muscle memory,” says Theo. “If you do things a million times over without taxing the player, without having to go back and wait 30 or 40 seconds for the game to load, it’s super nice and super fun.

“If you shoot balls and hoops, if someone is passing you the ball you’ll do it forever. But if you have to shoot, go to the basket, take the ball, go back and shoot again, you won’t do it for longer than 10 minutes.” 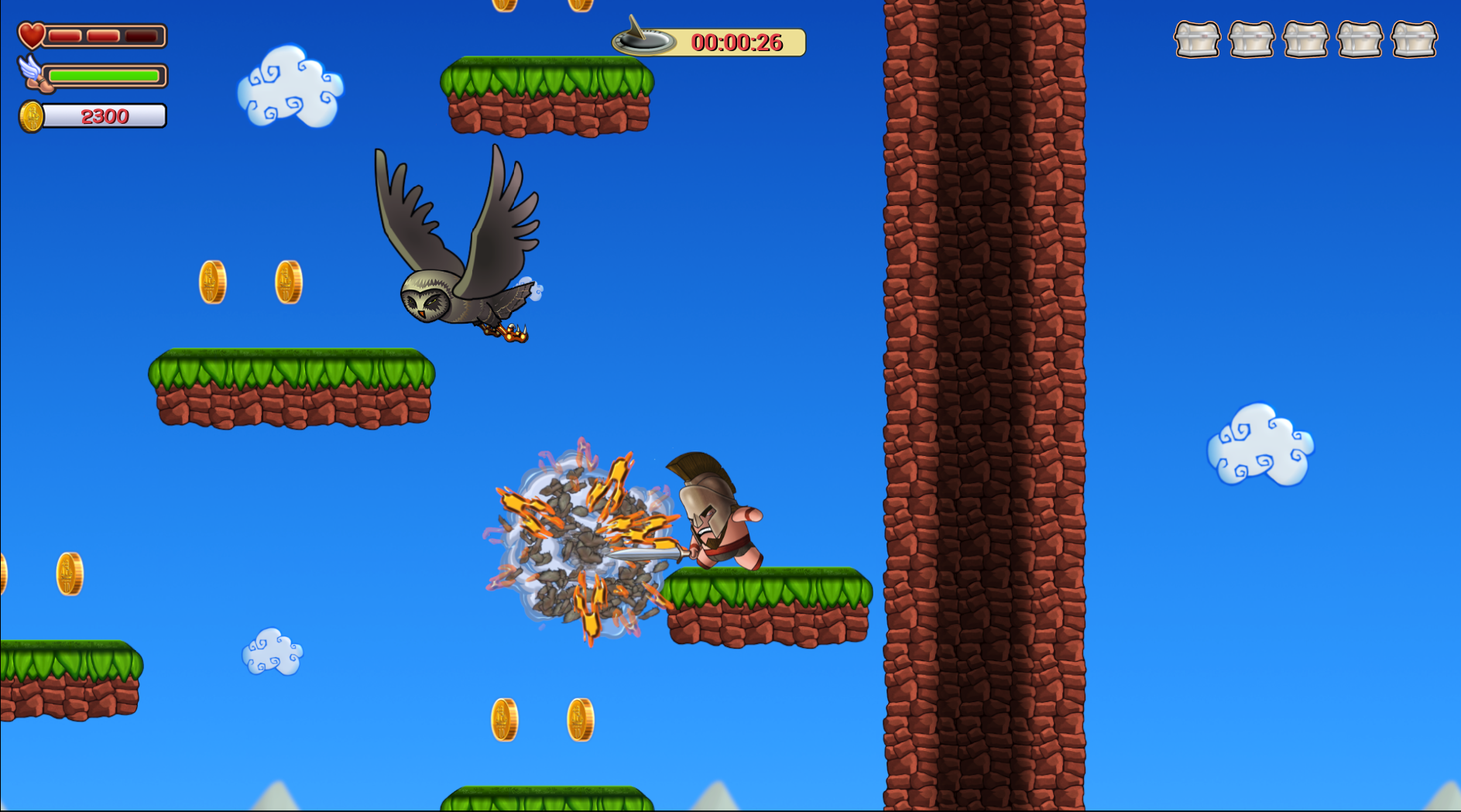 The pair have embraced Unreal Engine 4’s work-in-progress Paper 2D system, which has enabled them to fold the smooth animations and particle effects of 3D development into a 2D plane.

“We can use everything, but at the same the look and feel is like an old school game,” enthuses William. “People can’t tell, that’s the magic.”

There’s only so much contemporary change Sinister Cyclops are willing to welcome. Theo in particular is tired of “gimmicks.”

“[It’s] like you have to have something completely original,” he complains. “Like you have to control time and space and morph it. I just wanted to revisit the fun I had with Sega and Nintendo in the arcades. 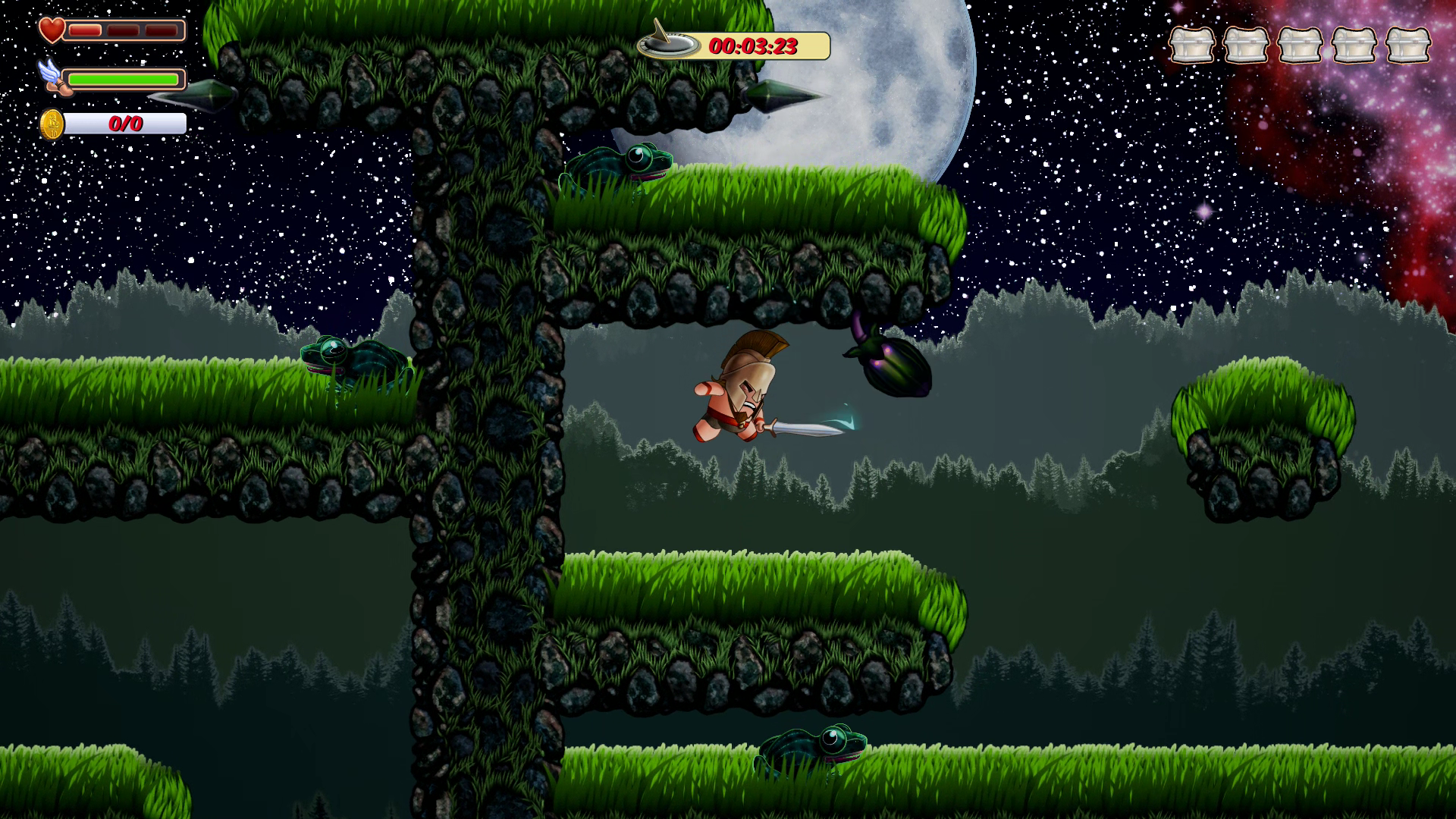 “Pixel art has resurfaced and that's cool and fun and nostalgic, but what if we take those pixel art platformers that are old-school and don't have any of these gimmicks and just give them a more modern look. It’s old-school.”

Some, I’m sure, will consider Spartan a throwback. Others will go gladly tumbling into the abyss on their own terms, heads filled with happy memories of arcade classics.

Spartan has been Steam Greenlit