So the main focus of this update has been to make the controls better conform to user expectations. The orbit camera becomes prevalent allowing the player to zoom right into the action or bring the camera back to the strategical view with a much greater level of ease. The original aim was to free...

0.7.03 will be is available to download on IndieDB imminently so keep your eyes peeled here.

Well, we're up to 35 individual fixes in 0.7.03. Special thanks to OZONEX from the Planetary Annihilation forums - he's really drilling down into the crux of the control issues and we now have something that plays much much better. 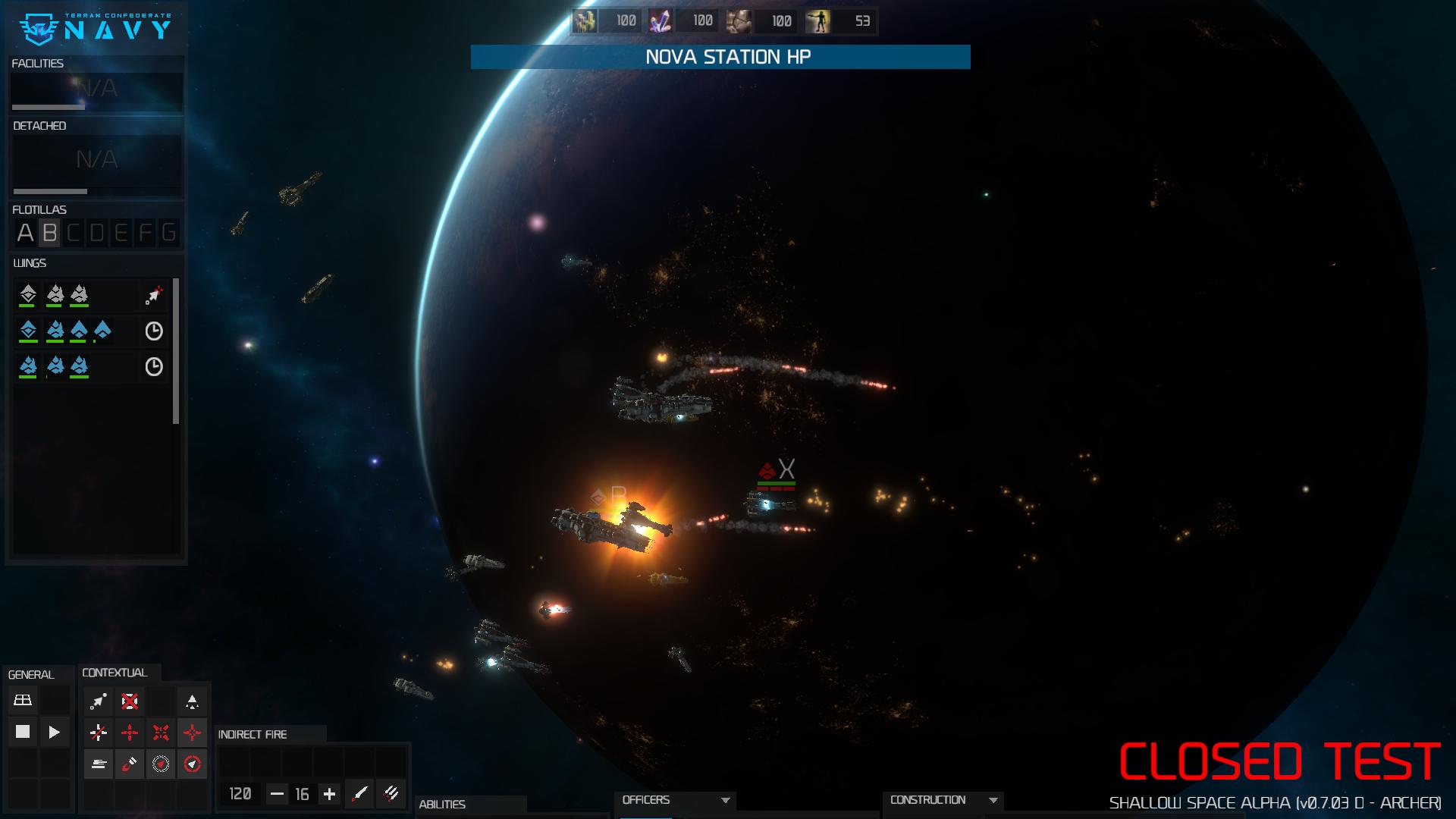 So the main focus of this update has been to make the controls better conform to user expectations. The orbit camera becomes prevalent allowing the player to zoom right into the action or bring the camera back to the strategical view with a much greater level of ease. The original aim was to free the player from the traditional constraints of camera control by offering WASD movement and that control is still there, we just needed to place a higher priority on the anchoring of the camera to a target.

You'll notice in those list of fixes there has been some focus on simplifying the user interactions with the camera also. For example In the older versions, when you entered the movement selection mode, the mousewheel would switch to control elevation of the waypoint, this no longer happens and the standard controls persist throughout.

The theme continues to the automated camera routines, quite a jarring experience before now as the computer yanked control of the camera from your hands spinning it round and altering the zoom. No longer the case, particular care is taken to ensure the rotation or 'zoom' of the camera is not altered, just the position as the camera is moved to bring the target item into focus.

Watching some of the YouTubers play the game it became apparent that the controls aren't that obvious. It's a 3D RTS so there will be a lot of controls and so we've added in reminders of some of the more important ones onscreen.

If the errors don't get reported then I can't fix them, so there is some intelligence now in the background that will send me a message with your system details and the error information on the event of a crash. Nothing other than that is transmitted and you can opt out of sending this information at game launch.

This is just to demostrate the AI a little more, try sitting back from the combat and letting the Friendly AI engage the enemy and you'll learn a little bit more about the sort of tactics the enemy will use (breaking off a wing to deal with attackers while the remainder stay on course, for example.)

A little player aid to assist with the perception of motion in the otherwise static void, also looks quite pretty.

Next up we'll be giving the UI a little bit more attention with some more feedback and the possibility of seeing some ships stats on an attributes panel as the weapons icons have now been drawn up, exciting times!

This is a great update. I love the new ship focus feature as it lets me get nice and close to those gorgeous textures!

Also the friendly AI is nice to have around although so far I've found it gets shot up so fast! Nice to have as an enemy distraction though! ;)

Aha glad you're enjoying it bud - shot up too fast eh? I might have to give them a capital ship... ;)