Mage Tower has released Alpha 0.1.3! This update adds a few new systems, providing more ways to interact with the world. Time now passes, giving a day/night cycle to the mage's world. Mages get tired the longer they study and work without resting, and they can build beds to rest in. Now that night can fall, mages need to build torches to see what they're doing, and their studying speed will slow in darkness. 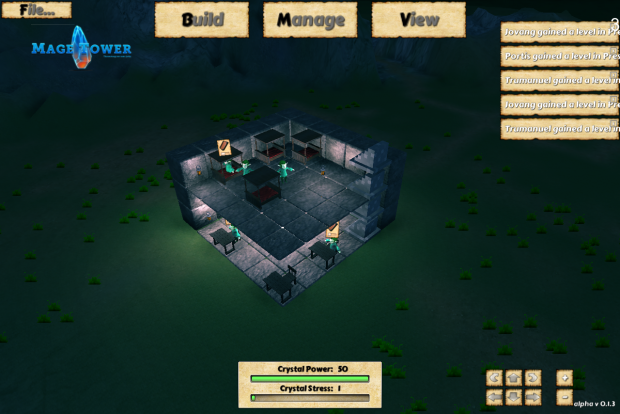 Same as the previous release, Mage Tower is available on Desura. The demo is fully featured, aside from being unable to load previously-saved levels. If pre-ordered on Desura, saved levels can be reloaded and will have access to all future updates for Mage Tower, at a discounted price.

On that note, go download or play the demo, and make sure to give us feedback!

with upgrading to unity 4, are you going to be releasing linux builds?