Concept art and lore about our 4 Dragon Deities!

Greetings fellow indiedb-ers. We decided that it was about time to share with you some lore and concept art about our Dragon Gods, who are the divine entities responsible for the creation of the mortal races.

The four gigantic saurials collectively known as the Dragon Court reside in the Palace of Eternal Skies. Although they seem a bit distant and less willing to mingle with the mortal affairs, they genuine care about their children. 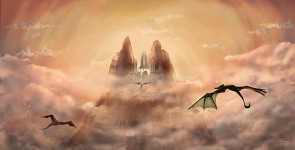 There is a certain excerpt from the Book of Divine Origins, describing the concesment of these magnificent creatures by the long gone god of magic Neketh and the Void during the Creation of the Wheels of Power.

Neketh closed his eyes and envisioned a race of intelligent and strong gigantic saurials that would act as protectors of the mortal races. The Void smiled approvingly and four young dragons hatched out of the earth. Neketh knelt and took them in his hug. "You have the strength and bulk of my noble brother. I name you Pabschakri," he said to the red hatchling which at the sound of his new name took a deep breath and pushed its chest forward in an attempt to look strong and show off. "You, the green one, you are most certainly an Edartabor. Serve my brother Dandrak's cause." The green hatchling seemed puzzled for a moment, then jumped from his embrace, and walked straight to The Void. At each of her steps, small flowers appeared and blossomed almost instantly. "The white lass is as pretty as Aalis. Her name will be Evorthrae. Go my love and be wiser than your aunt." Evorthrae looked him deep in his eyes and then put her head on his neck seeking comfort and tenderness. The last dragon was by far the smallest of all and quite shy. "This one is a lot like her father," said the Void. "I name you Naixen and you are me. Your path is the most difficult but you have the spark in your soul to guide and protect you," said Neketh, and as he stood up the four dragons opened their wings and embarked on their first journey.

The young wyrms flew around the world accumulating knowledge and power as their grew into the gigantic dragons they are today. Three hundred years later they shaped the mortal races as we know them. Their ancient names all have been forgotten and the mortals use more descriptive names for them instead. 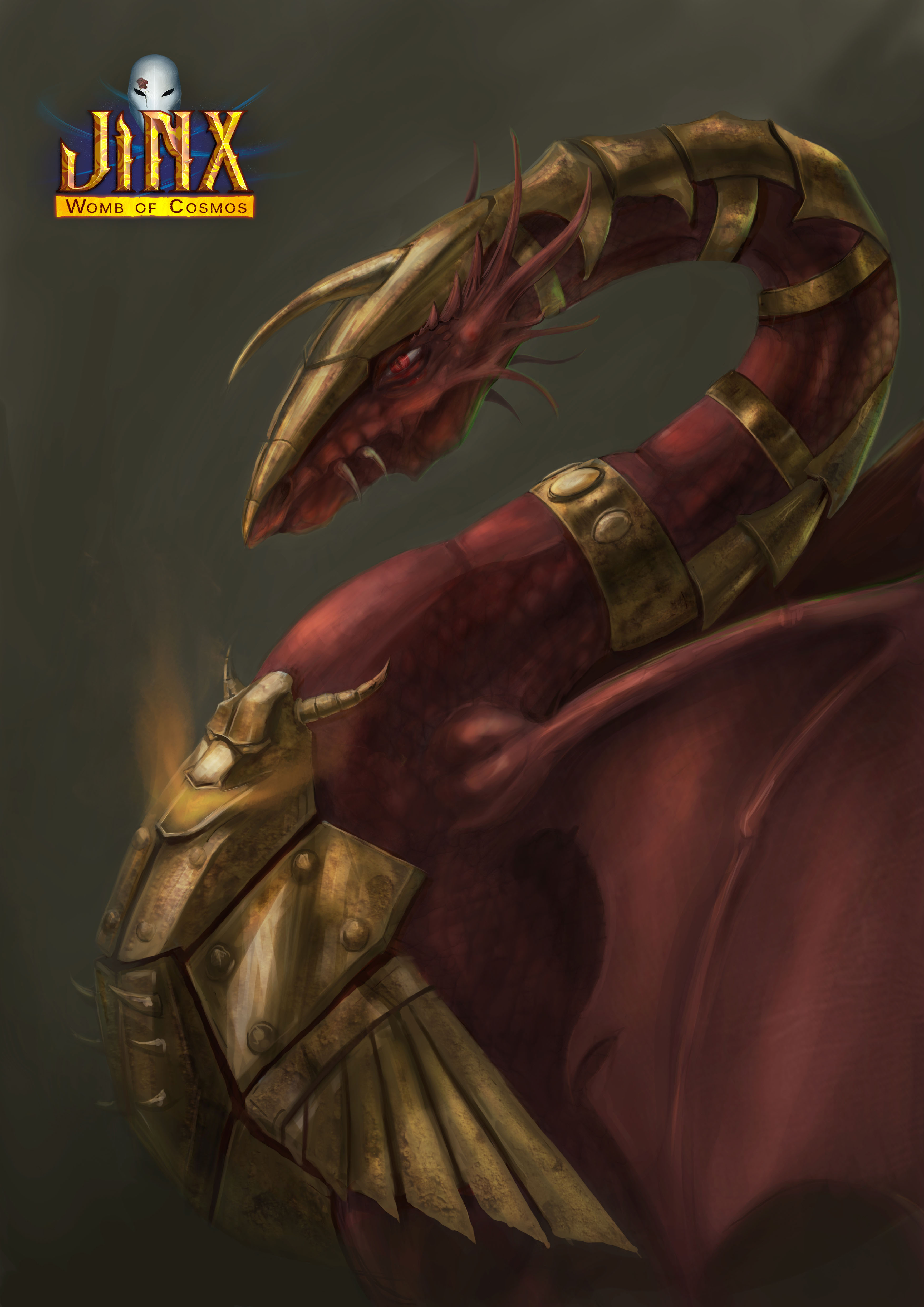 The firstborn of the Dragon deities is the Fierce Red. This majestic creature of epic proportions isthe god of might and physical strength, patron of duelists, gladiators and all kind of combatants.

He is said to grant great boons to those worthy of his attention and those that accomplish great feats of strength. On the other hand, he is more than willing to punish those that resort in dirty tricks or choose to fight having an unfair advantage against their opponent.

Despite his war affinity he is against cruelty and unecessary bloodshed and despises oppression and slavery of every form.
Although he is the embodiment of unfettered martial prowess, he does know that strength without strategy and planning, counts for nothing.

His emblem is a Red Talon in front of a two bladed, golden rune-engraved sword adorned with black halazite on the hilt. The background of the symbol is black with a red border which symbolizes his connection to the Red Wheel of Martial Power. 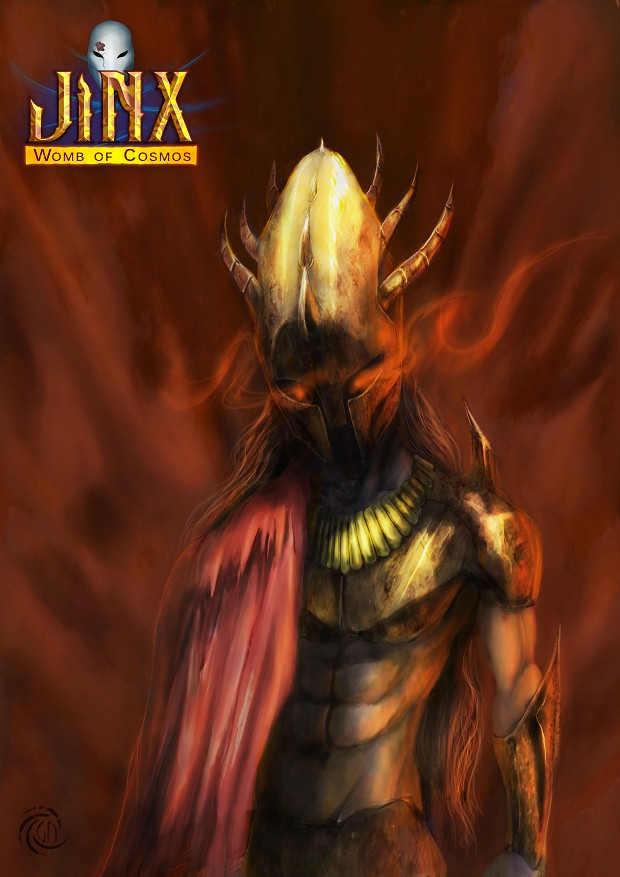 The Fierce Red spends a lot of a time among the mortals, especially his favorite Kaernians always seeking duels and challenging anyone he deems worthy.

His mortal guise show no evident sign of his tremendous strength and that is more often than not the reason for the downfall of those foolish enough to answer his call for a duel.

The relationship he has with his sisters can be described as amicable and considers himself their guardian.

The only two things that greatly surpass his divine might are his disdain for the god Mhortai (who is actually his uncle and predecessor) and cowardice.
For all his great qualities, the God of Strength is nothing but short-tempered and vindictive. Beware if you are to ire his temper

The Ether Cyan is the only dragon deity that still uses her ancestral name, Naixen. She is the daughter and chosen of Neketh and governs all aspects of magic. Her portfolio include the domains of knowledge and dreams and that is why she is also called the Reverie Muse. Although her domeanour is the less intimidating of all the Dragon Deities, she is still considered to be the rightful ruler of them and the creator of the Vestige race.

Naixen is always calm to the point of driving the Fierce Red mad. She tends to think each and every choice at least twice before committing to an action. Do not consider her serenity as a sign of weakness. On the contrary, those who have experienced her wrath, can assure you that they would prefer a death by the hand of one her siblings instead.

The Ether Cyan is the ruler of the Cyan Wheel of Ether Power being able to tap into the powers of the Elements, Arcana, Mentalism, Primalism and Harmony and her emblem is a lake hit by lightning on a deep blue circular background.

The third Dragon Goddess is the Sly White, mistress of seduction, bringer of lust and sexual fulfillment. Evorthrae was for thousands of years trapped in Sinz Alar the Prison of Eons, because her siblings thought she was the reincarnation of Aalis, something which proved to be a correct assumption. After they managed to drive out Aalis soul from Evorthrae's body, they decided to set their sister free to road the world. The Sly White never forgave them for her imprisonment but eventually she understood that their actions were they only way to save her. That's the reason why she has kept her shackles on.

Her symbol is a purple eye and two shackled female hands in front of a white circle. Although mischievous by nature, the Lustbringer will not cause any harm to mortals (unless they want to experience pain and harm themselves) and strives daily to bring joy and happiness to those lucky to be found in her path. She is the protector of lovers and is more than willing to punish in every imaginable way those who dare mistreat a woman sexually.

Her gaze can instill fear even to the most devout person, though she prefers less supernatural means of seduction. She tends to keep more than two dozen suitors of all genders, ages and races at a time and she has never said no to anything she has not experienced before, alas this is quite rare when you are half a million years old. 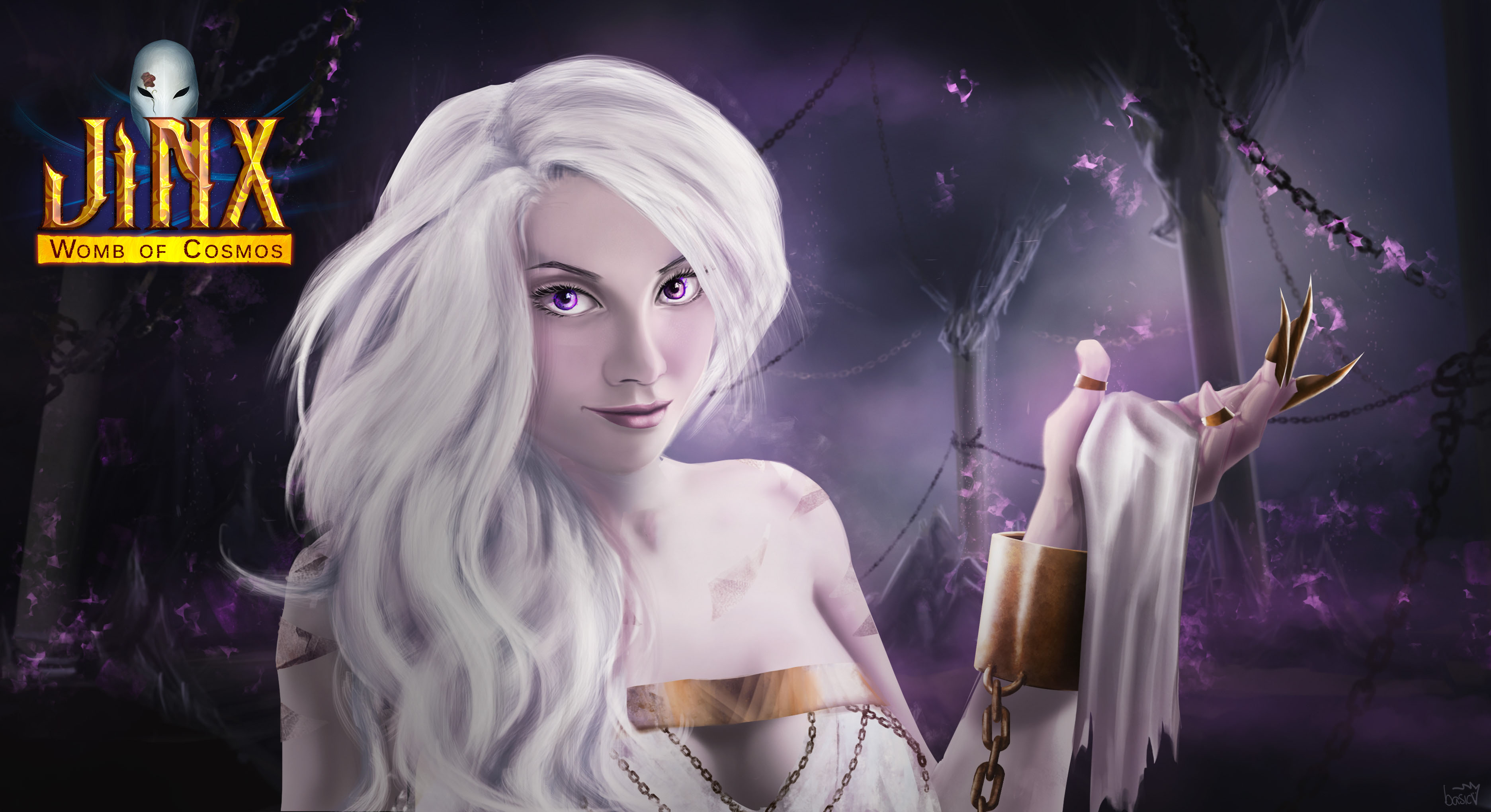 The Sly White is the creator of the Umani race and that is the reason why the Umani are the most charismatic and easier to succumb to temptation than the rest of the mortal races. She is a pacifist by nature since she does prefer to spend her time having intimate moments than waging silly wars.

Last but not least there is the Lost Viridescent. There are very few facts known for the Lady of the Forests as she is the most reclusive of all the Dragon Deities. We do know for a fact that she is the creator of the Beastmen race and that she has absolute dominion over the fauna and flora of the Cosmic Sphere.

Nobody has seen her in real form for centuries, since she prefers her mortal guise. She is the most benevolent of the Dragon Court and tends to speak directly to her circle of druids giving them advice and in times of need comfort. She is also considered by many, the goddess of childbirth and protector of infants and thus many temples and shrines have been enacted around the globe in her name. 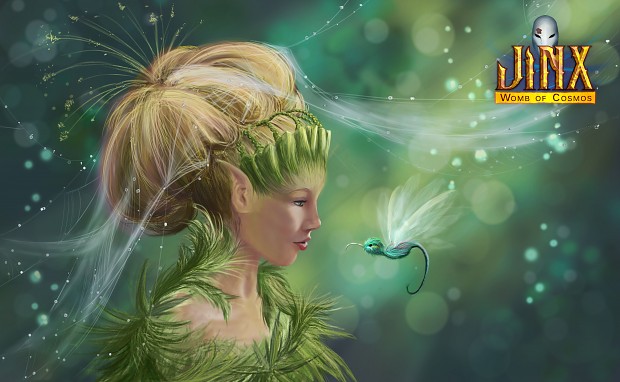 Despite her benevolence, she will not hesitate to flay someone alive if nature is seriously threatened. Her symbol is a green leaf pointing downwards in front of a full moon. Many consider her symbol a proof to the fact that she is the superior of Lady Shih, goddess of Forests and Groves.

That's all folks for this Saturday! The coming week we will post our first abilities for Jinx himself with their full mechanics, stats and icon! So stay tuned, watch us and feel free to comment! Your comments make us better!

Amazing concept art! Keep up the good work! We cannot wait until the game release!!

Thank you for your kind words Dioklis :)

have to agree, concept art has a nice use of colour and style

Our artists are as humble as amazing I have to admit:)

Is this an indie title? Artwork of this high quality? I foresee a great future for this game. Interesting lore as well!

Thank you so much:)

From what I have read and seen about the game I am pretty sure it will be amazing when it gets released! THE HYPE IS REAL!

Thank you so much:))

The artwork looks amazing and the lore very very interesting! (I think my favourite is the Sly White. I hope she will be an npc :P). Can't wait to play it!

Really interesting read, sounds like it's going to have a quite a deep and detailed lore! Also love the artwork, can't way to see this become something.