A talk about balance and gameplay pacing in Lord of Dwarves as it becomes more feature complete and needs more fine tuning.

The last Alpha release of Lord of Dwarves was very playable. Most of the game features are in, however there is still a lot of work to be done balancing the game and making sure the pacing feels fun and challenging.

For the last two months I’ve been working on some of these balance & pacing issues. Below I will talk about a few specific gameplay aspects that were not working and how I’m changing them to make the game feel just right.

Originally dwarves had 16 skills they could level up. This large number of skills encouraged the player specialize their dwarves in the wide variety of skills but then punished them when they wanted to focus many dwarves on a task that required only one of those skills. 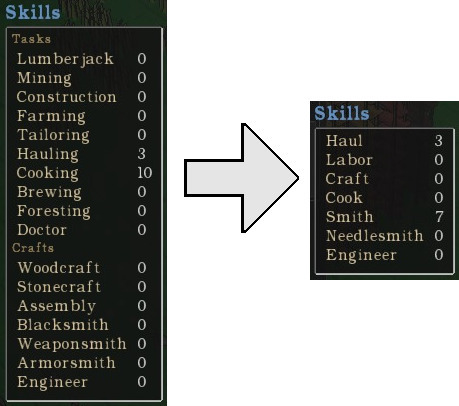 As a result I reduced the number of skills to 7: Hauling, Labor, Crafting, Cooking, Smithing, Needlesmithing, and Engineering. Now the player can have their dwarves focus on collecting wood one day, mining deep the next day, and building a castle on the third. These are all jobs that laborers excel at so they can switch between them while still benefiting from their labor skill value. As a bonus, 7 skills are much more approachable than 16.

This is an issue I’m still wrestling with but I’ve come up with a system that I’m liking more and more. Previously I created a novel wound system where wounds would be applied to individual body parts in 3 severity levels: minor, severe, and grievous. There was nothing wrong with how this system worked it was just more detailed than it needed to be. From the players perspective they just needed to manage doctors and make sure they had enough bandages. The actual wounds were mostly irrelevant. The small benefit of flavor to know that Stouthammer got a leg wound from a goblin just didn’t fit the pacing of the rest of the game.

So I decided to switch to a modified health points system. Now the player can focus on the supply chain for fixing wounds without having to worry about individual wounds. Although less novel a health points system is simple, immediately understandable, and frankly, fun. 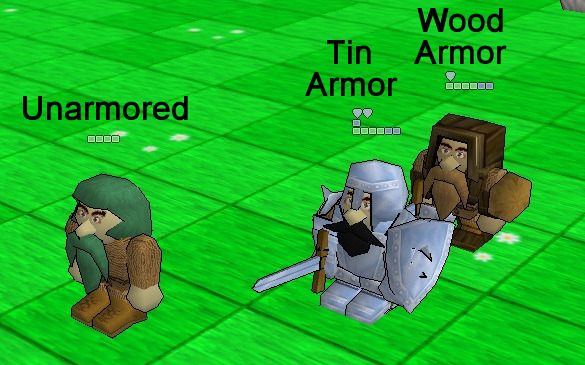 Additionally I also added “armor points” based on a dwarfs equipped armor. These armor points are lost first in combat and recover quickly after combat. This also has a rewarding side effect. Now when a player goes to all the effort of crafting a suit of armor they can immediately see the benefit of all the work as the dwarfs armor points increase.

Previously if the player wanted more dwarves to join their kingdom they needed to craft beds to accommodate the extra population. Low tier beds could only increase population so much before the player had to collect rare materials for higher tier beds. This system was novel and granted a good progression feeling. However it allowed for no diversion in gameplay as it forced the player into making a ton of beds every single game.

I have since replaced the bed system with a Renown system. The dwarven kingdom has a renown value based on the value of various things in the kingdom. The player can actively increase their renown in a number of ways. Crafting items (chairs, armor, statues, etc), building structures, and domesticating animals all increase renown, which in turn increases the population.

Now the population will increase no matter where the player focuses their attention. Focusing on combat and building arms & armor will increase renown. Likewise avoiding combat and focusing on building structures will also increase renown. As long is your kingdom is growing in some way your population will too. Now the player can try a different play style every game and still progress.

Monsters now drop loot! Well to be fair they dropped weapons & armor before, but now they also drop coins, meat, and the occasional rare item. Previously killing monsters didn’t have much of a benefit – except you know preventing civilians from being murdered. 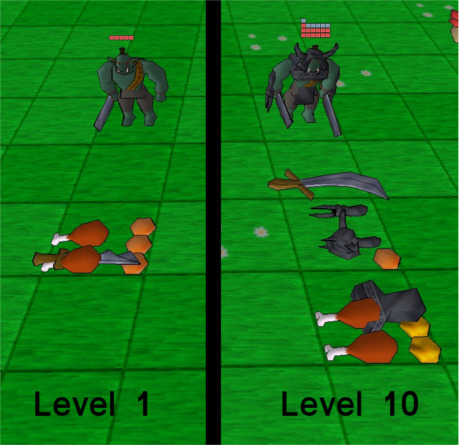 Now the coins gathered from monsters can be used to purchase items from markets. Or they can be kept in a vault underground for the boost to renown that they provide! Additionally the player may want to attract more monsters for a chance at rare loot.

Building great structures is a very important part of the Lord of Dwarves feel. In addition to looking cool these structures are functional as they hinder and slow invaders from getting to the dwarves. But building them was always too slow.

To build a tall wall dwarves need a boost to get up to the high blocks. This boost is provided by scaffolding that the dwarves can set up. But if the wall is 10 blocks tall by 10 blocks wide that’s 100 scaffolding that needs to be crafted and individually placed next to the wall. It took forever!

I’ve recently improved scaffolding so that when a dwarf emplaces it, it creates scaffolding three blocks tall. Now only one third the scaffolding is needed. Additionally better quality scaffolding covers more blocks, up to 9 blocks tall. In this way the dwarves can quickly cover a wall in scaffolding allowing them to build a wall in a much more enjoyable time frame. 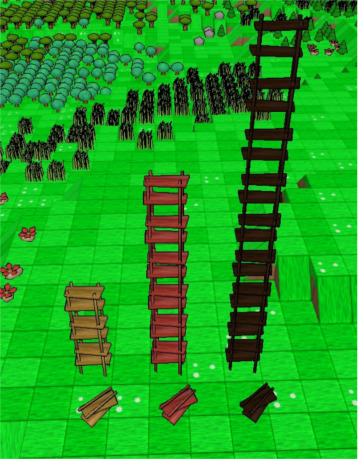 In Lord of Dwarves the player harvests resources, collects them, and then uses them in their crafts. Collecting those resources could be very time consuming. If felling a forest generated 100 logs, each of those logs would need to be fetched by a dwarf and brought to a storage area. After about a year of gameplay the player would often have 2000 or more backlogged items waiting to be gathered.

A elegant fix to this was to allow dwarves to carry multiple items at once. Now a single dwarf can go out to the forest, pick up three logs, and bring them back nearly tripling their efficiency. Additionally as dwarves get stronger they can carry more and more requiring fewer and fewer dwarves to do the same job. This change has greatly increased the players ability to maintain a clean kingdom and an efficient production chain. 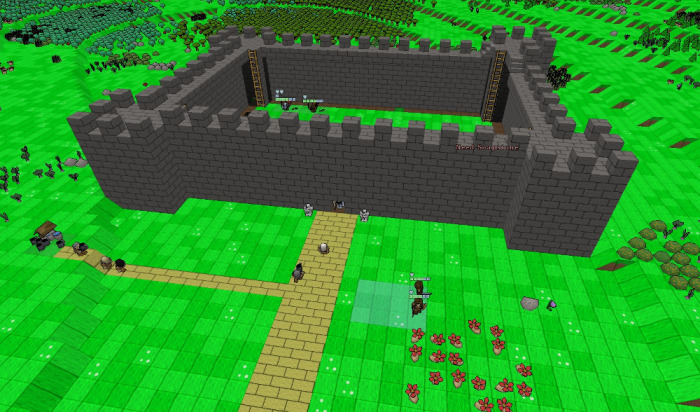 Those are some of the major systems I’ve been working the last few months. There are numerous minor systems I’ve also been improving like roads, storage priority, soldier uniform efficiency, and even multi threading the path-finding code. Lord of Dwarves is a big game and I’m trying to get the feel just right before I release it. Wish me luck!